There are always a lot of little insider tips and juicy details about people’s seemingly glamorous occupations that would make for a GREAT reality show, don’t you think? DIY blogging is definitely one of them, and it seems like people are always so interested in jumping on the train, but before you make the leap, I thought I should let you in on 10 secret things about being a DIY blogger you might not have known.

Now, before anyone sends me hate emails, these bullets are just speaking from my own experience…

When you’re first starting out, most people forget to think about how much it actually costs to constantly make new projects, and that’s assuming you haven’t had 5 failed attempts trying to figure out how to make a random idea come to life. On top of that you have to factor in what kind of space (literally, it used to be a corner of my living room) and time you’re going to have to carve out to be able to make those said failed attempts, which sometimes leaves you with about as much time and money leftover to have ramen for dinner (okay, it’s actually cereal in my case, but you get the idea). Like most big career moves, you have the initial mountain to climb and then things get better, but this career is 100% the opposite of a get-rich-quick scheme unlike a lot of viral blog articles make it out to be (I explained all about how we make money right here). If you’re willing to put in the time and work though, it can be one of the most fun jobs of all time.

2. You’ll get a WHOLE lot of emails from companies about “whipping something up”—

Worse than the aforementioned example are the companies that want you to make things and/or promote them for free or very little in exchange. They’re also usually the most persistent. Don’t get me wrong, there are awesome brands that are a dream to work with, and I’m all about a good bartering system when needed, but I’m talking about the few bad apples that we ALL talk about. They don’t want to pay you for anything, or for supplies, but they were hoping you could just “whip up” this idea they created out of nowhere for them as if you don’t sleep or eat. Or more importantly, have bills. And lastly, they definitely don’t want to you be well-versed enough on the blogging ropes to know you’re worth more than that.

3. You become overly concerned with your hands—

Once upon a time if I had had scarce blobs of fingernail polish that loosely resembled The Rorschach test left on each finger,  I might’ve looked the other way for a few more days. Now it turns out that having jacked up claws is very distracting for people trying to figure out what your fingers are actually doing in order to recreate a DIY. Not that I pride myself on being the girl that had spray paint or liquid gold leaf ground into her hands for long periods of time or anything, but I at least did like being able to get away with it as a low priority when I could. Not to mention you also become really jealous of people with naturally pretty hands when yours are veiny and mostly knuckles, but I’m not bitter or anything. My case in point below.. 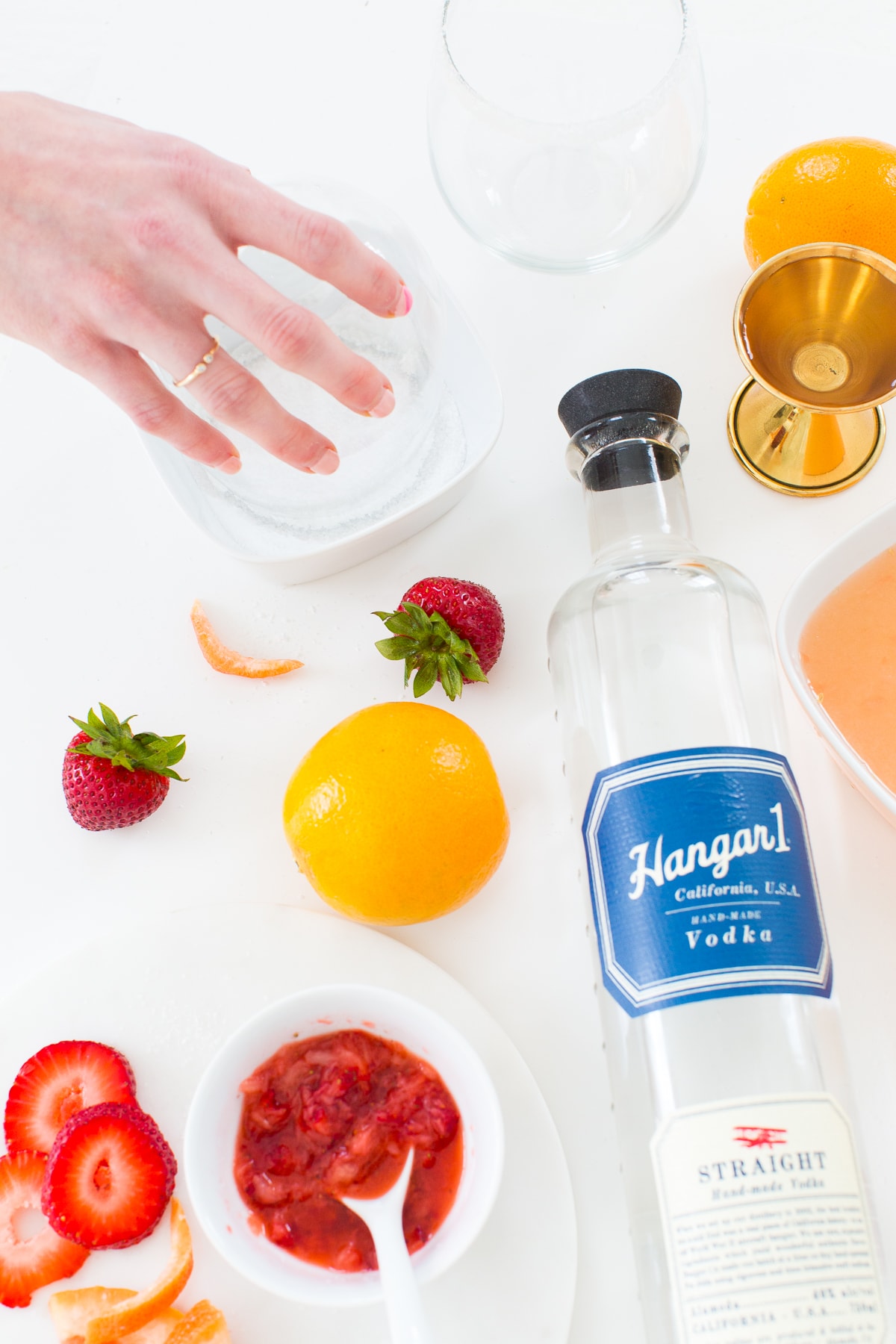 4. If you don’t already have thick skin, you’ll need to grow it—

Speaking of body parts, you’ll need some thick skin. Now internet trolls are totally relevant across all online categories, but I find them especially…unique.. when it comes to DIY’ing. For instance, it’s no longer just about how they took an additional two minutes out of their day that they’ll never get back in order to explain how much they dislike you/a project. Instead, they’ll also occasionally go into detail about how they could do it better, or my personal favorite, which is when they explain to you in depth about how disappointed they are that something cost X amount of dollars to DIY even though the hundreds of the tutorials and recipes on this site are provided for free.

Surprise! Or were you not so surprised? To make a single DIY blog post you have to: conceptualize the idea, source the materials, go buy the materials, figure out what you’re going to style it with in case you also need to buy something for that, then you forgot something you needed and you have to go back out, then you make the project while stopping every five seconds to take tutorial shots, now you style the final version, photograph it, style it a another way so it doesn’t all look the same, photograph it again, edit the photos, export them to web ready, create a header image, write the text intro, write the tutorial copy, write the exit paragraph, insert SEO keywords and tags, upload the images, organize them in order of what images will attract the most eyes, categorize the post, schedule it, schedule the social shares to promote it, then posts the social shares the next day, and then pin it to Pinterest. That’s of course not including the everyday emails, accounting, scheduling, organizing content, creating content weeks ahead of time when you can, making sure clients feel confident in your work, reading through contracts, studying new social media algorithms, cleaning up from DIY days, thinking about the bigger business picture, staying relevant on social media, etc. Basically you have to wear 1,000 hats at all times.

In an effort to try and cut out some of the added time from #6, you inadvertently become a hoarder with the best of intentions. I mean, you may never quite know when you’ll need that piece of left over styrofoam that looks like birds have been pecking at it for the last 10 years, just so you can shove it in the bottom of a container to jerry-rig a last minute popsicle/cakepop/lollipop stand. I don’t know about you, but I’ve been in that emergency scenario several times and I now stay fully prepared. We also do not throw away nicely frosted cakes or old macarons of ANY KIND, and unless they’re growing mold, there is no expiration date to how long you can style them. Do you know how much magic a cake or macaron can bring to a styled setting? It’s like gold, my friends. This is also why should never assume something is still edible in our studio.

7. It’s a lot like constantly reinventing the toaster oven—

While wearing your 1,000 hats you also need to reinvent the toaster oven, but no pressure or anything. No one wants to accidentally have the same project that someone else has already done (and you definitely don’t want to accidentally step on anyone’s toes), so in order to stand out in a crowd full of bloggers, your next creation can’t just be okay, it has to be Freaking. Pinterest. Awesome. We’re talking the Toaster Oven x1000 in solid gold, the bedazzled edition. 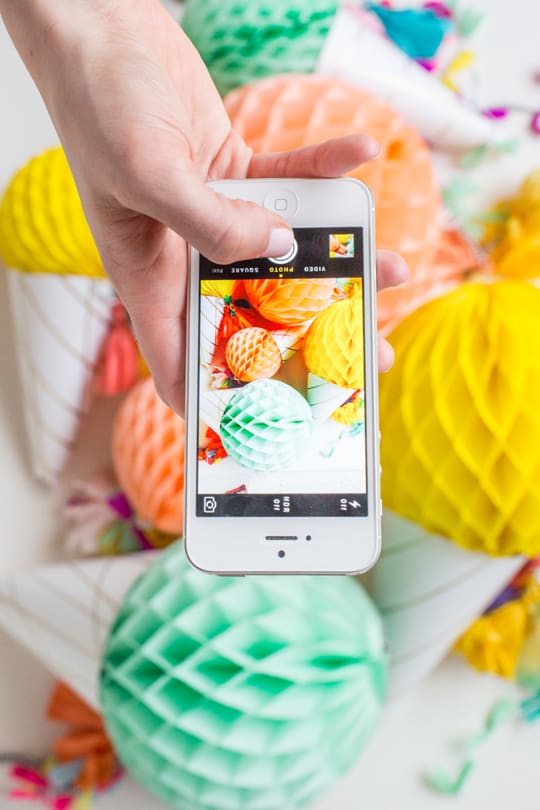 8. Going out of town is about as quick and easy as wrangling stray zoo animals—

I don’t want to just assume that none of you have ever tried to assemble and/or use a drill for serious crafting in your hotel room while also simultaneously hoping there is decent light for photos, but if you haven’t, it’s really not fun. So to avoid that disaster, I usually just live in the path of my own tornado. That means I have to make sure that I have enough projects made, recipes cooked, photographs taken, posts written, emails done, and brand projects finished prior to being able to commit to leaving the state and/or city for longer than 48 hours at any given time. It’s actually really fascinating what 12 different kinds of emotions I can have in a single hour during those pre-traveling times.

Okay, so technically this is just a wise life motto for hanging around people that will make you a better person, but it still rings very true with blogging. There’s no need to go all Bear Grylls/Survivorman when there are plenty of super wise people that have already trekked the trek that are willing to lend a helping hand with advice if you’re not too into yourself to listen. There’s actually a really big community of supporters behind the scenes.

Though I can write sarcastic comments about the woes of DIY blogging just as well as the next wannabe comedian blogger, and I may even be able to balance 1000 hats while only crying over a year old cake in the freezer once per quarter, I genuinely love being able to dream up new things to create and share with you as my job. Even if that means internet trolls, ramen noodles, and keeping old pieces of Styrofoam as a prized possession.

50 thoughts on “10 Secret Things About Being a DIY Blogger”