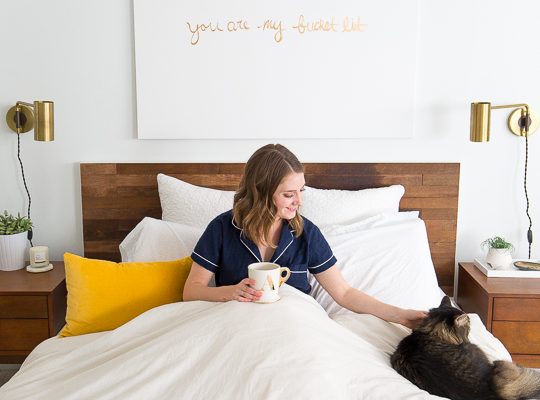 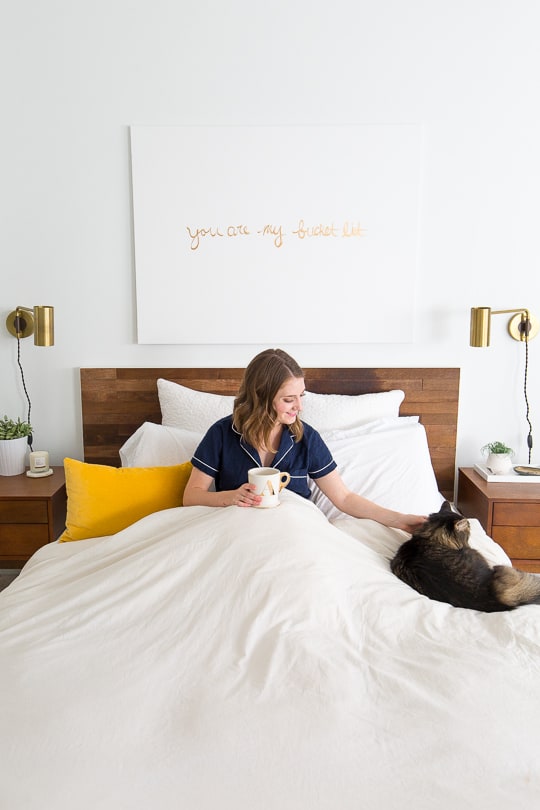 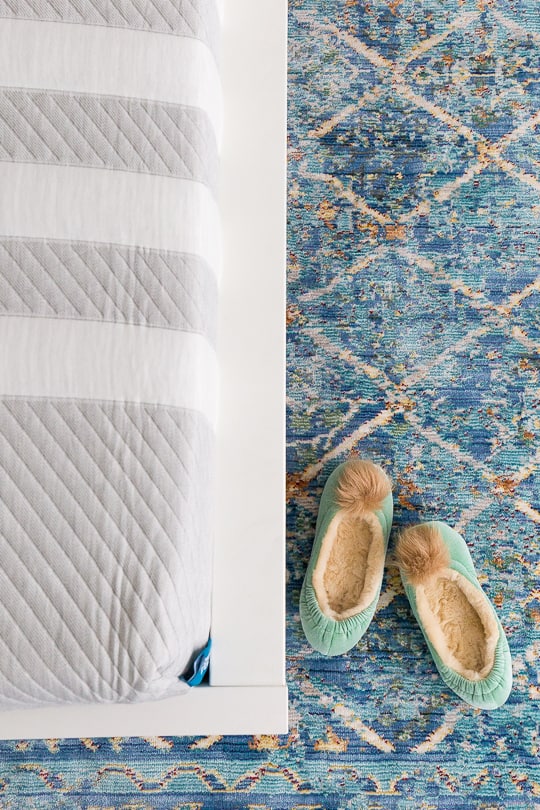 It’s a funny thing when you realize you’re not perpetually young anymore, isn’t it? I feel like for the first 25 years of my life I was pretty invincible when it came to burning the candle at both ends of the stick, pulling all-nighters, and drinking caffeine past 5pm, but now that I’ll be turning 28 this year, it’s a WHOLE new ball game. I don’t feel old by ANY means, and I’m not one of those people that’s stuck on numbers (*yet, that may change for all I know), but I can absolutely feel certain differences of my age. Specifically, these are 6 things I’ve learned about sleep as an adult. We’ll talk about my twenty-something stray hair graying on a different occasion once I’ve had a cocktail or two..

First things first, a cheap mattress no longer counts. I’m a pretty heavy sleeper and probably could’ve set up shop on a solid rock and been okay until these last few years. I recently realized I was living like a college kid on a cheap mattress that I bought on Craigslist (it was still new, I’m not that crazy, though I do have my Craigslist tendencies) for all too many years.

For some reason I was always under the impression buying a mattress was inevitably stupid expensive and you had to own a truck (don’t judge me on this one), but after my Dad bought me a memory foam pillow for Christmas last year, I recently switched to a memory foam mattress from Leesa (this isn’t an affiliate link, it just has our special code for $75 off in you want to try it out, too! No harm if you don’t like it as much as us, it’s got a 100 night trial –also with free returns– just in case). The Leesa gets delivered to you with free shipping in a small(ish) box, which my truck-owning brother was very thankful for, haha! 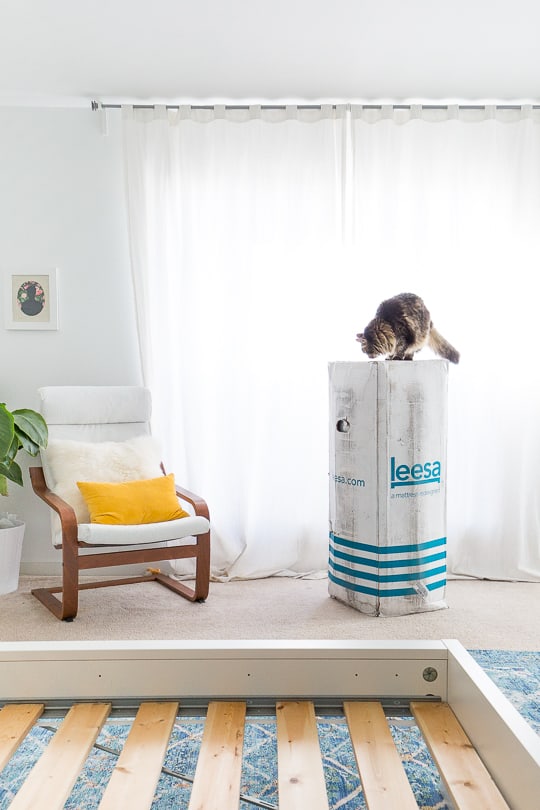 All you do is unbox it, roll it out on the bed frame, and let it fluff. You can also use it as a built-in cat gym. I kid, I kid. This is just Thomas’s house and we just sleep in it, so he does what he wants.

Now, here are the rest of my learned rules for restful sleep.. 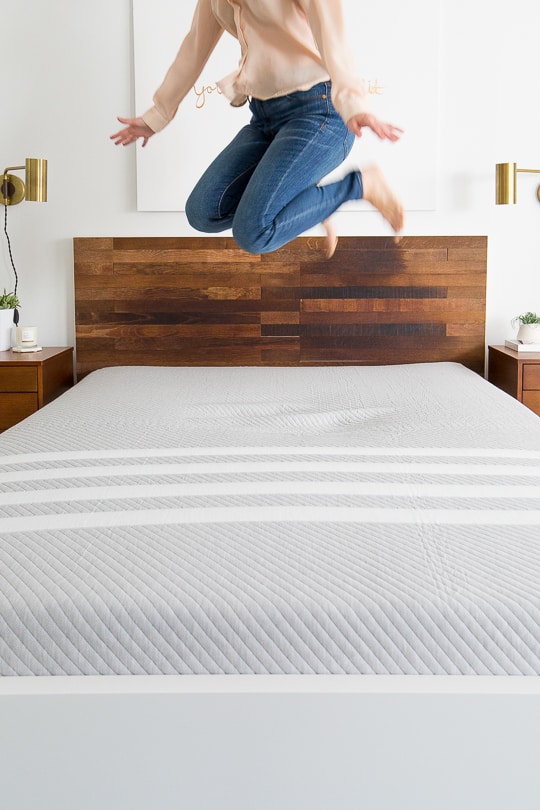 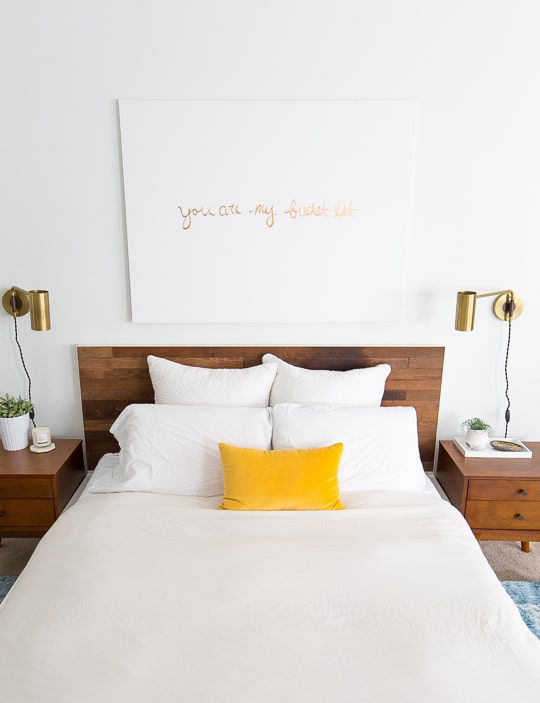 To be totally candid, the new mattress has been the biggest game changer, but since I’m not naturally a morning person AT ALL, I’m also now a firm believer in the following:

My 6 Rules for Restful Sleep

A good mattress is a must

Cute, comfy PJ’s make me sleep better (judge me if you will, but it’s true!)

Setting the coffee-maker the night before makes waking up easier

I have to set a bedtime

Gaba & Melatonin can be my best friend

No Netflix binging on days I can’t sleep in 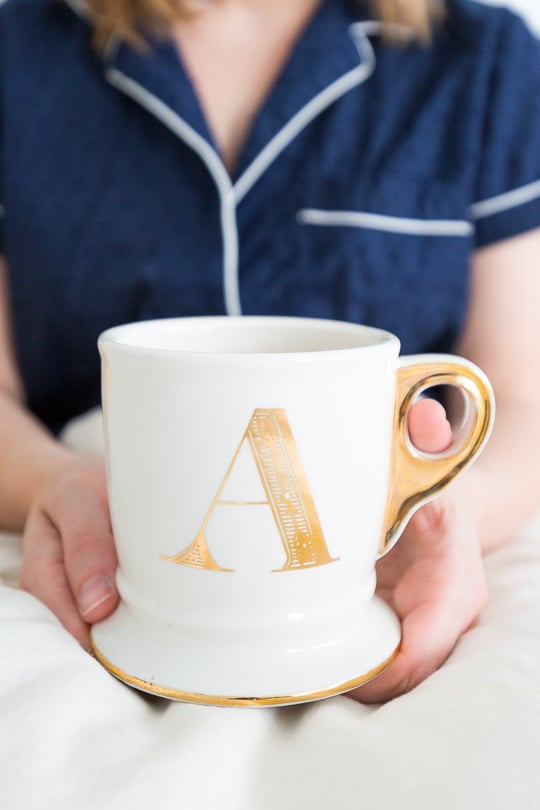 A good mattress is a must – just like I said above, but trust me on the memory foam mattress (especially if you’re using our Leesa code!)

Cute, comfy PJ’s make me sleep better (judge me if you will, but it’s true!)- I may have just made this up in my mind to justify cute pajamas, but seriously, I swear I feel better when I sleep in a put together ensemble instead of old paint t-shirts and oversized pants.

Setting the coffee-maker the night before makes waking up easier- This is a TOTAL game-changer if you’re one of those people that doesn’t like to speak until they’ve had their coffee (like me!).

I have to set a bedtime- If I know I have to be awake particularly early, or am trying to catch up on lost sleep from a less fortunate night, I set myself a bedtime now. I’m basically reverting back to everything my parents tried to tell me when I was younger, and it’s so true.

Gaba & Melatonin can be my best friend- For my fellow entrepreneurs that have a racing wheel in your mind, this is for you! Melatonin I’ve found gives me crazy dreams, but when nothing else works, this will. I use the peppermint lozenges and will break a 1mg tab in half, so it’s just enough to make me fall asleep but I won’t be groggy in the morning. Gaba is seriously my new best friend, though. I started taking it for anxiety when I’m traveling, but it also helps when I just need to turn the wheels off at night. 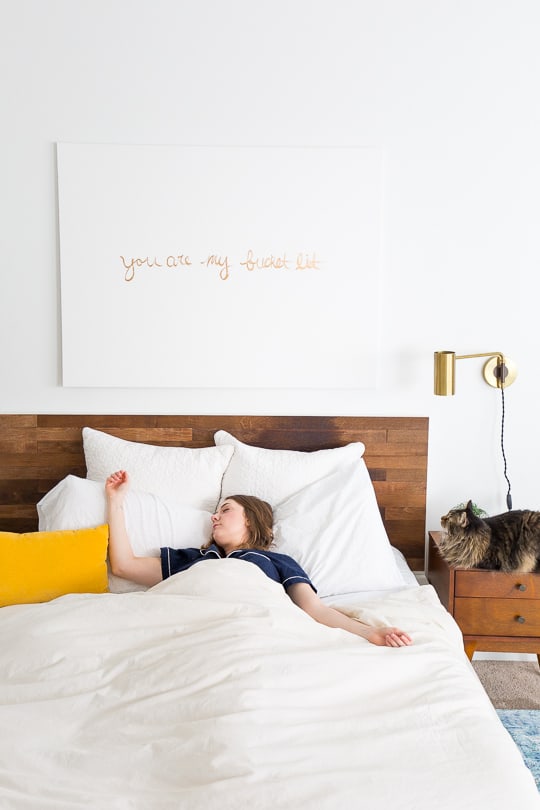 Do you all have any tried and true tips for restful sleep? I’d love to hear them, but bear in mind I’m a night-owl that requires at least 7.5 hours of sleep!

Where is your bed frame from?

First off, I love the video of the mattress puffing up from that tiny box! Secondly, sleep….. I need so much more than I get. I have a 3 and 4 yr old and am naturally a night person anyway… so I pretty much work on my blog after they go to bed and then stay up too laaaaate every night. Maybe this magical mattress is the ticket I need.

Sleep is so vital but sometimes feels like such a time waste!! Thank you for all the tips though – I’m glad I’m not the only one who gets weird dreams from taking Melatonin!

Oh my gosh, it’s crazy! You’re definitely not alone. At first I was like “what is happening with me?!” and then I realized it was only when I was taking the lozenges. Crazy!

These mattress are awesome. We had one sent to us last month, and it’s amazing.

Seriously your furbaby stole the show! That growl in your gif is too cute! =)

I have chronic fatigue disorder so if you can get to bed any earlier and sleep any additional time will pay off in the end! Oh and don’t have coffee after 5pm…bad bad idea! =)

I know, he’s always trying to outshine me ;) Thank you for your comments! xo

Oooooh! Thomas looks just like my Jazz who I had 17 wonderful years with. Of course he’s the king of his realm! {Smile} 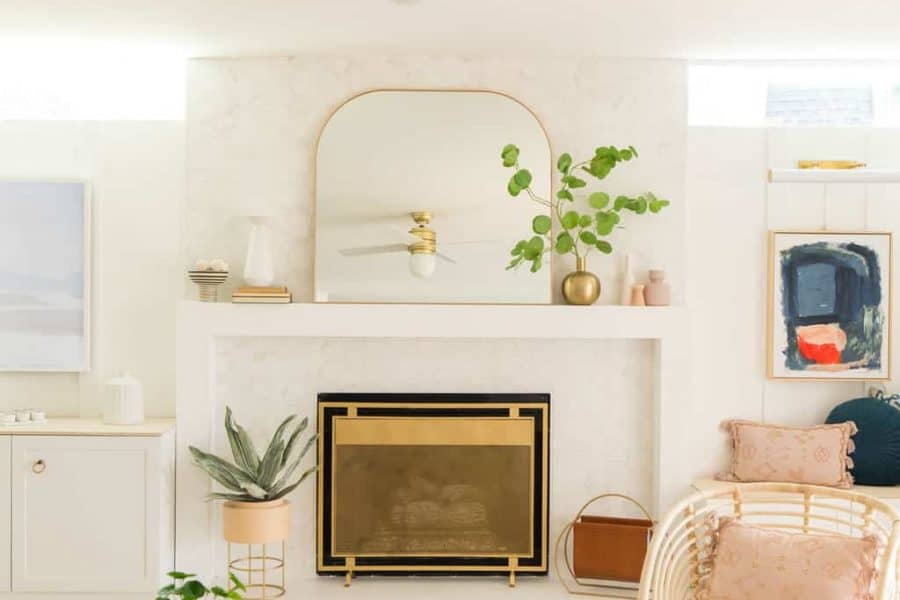 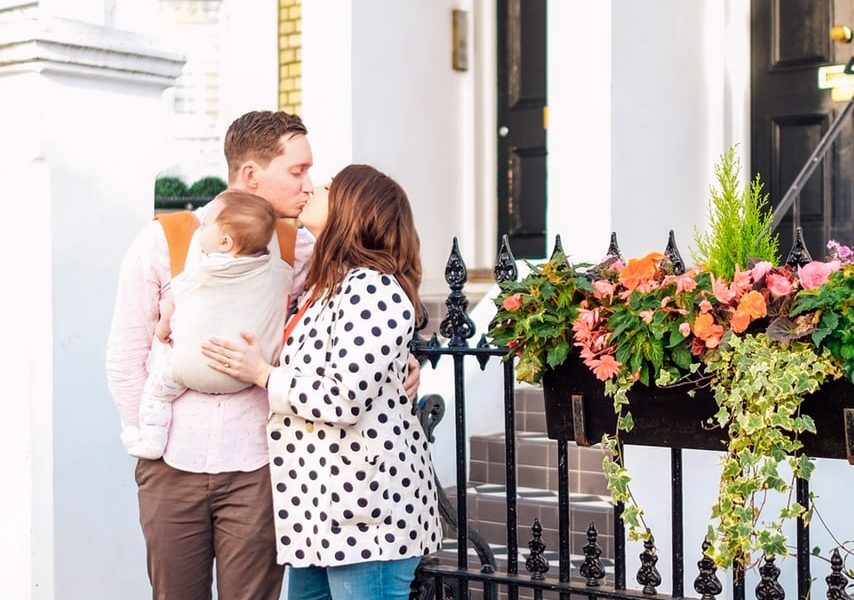 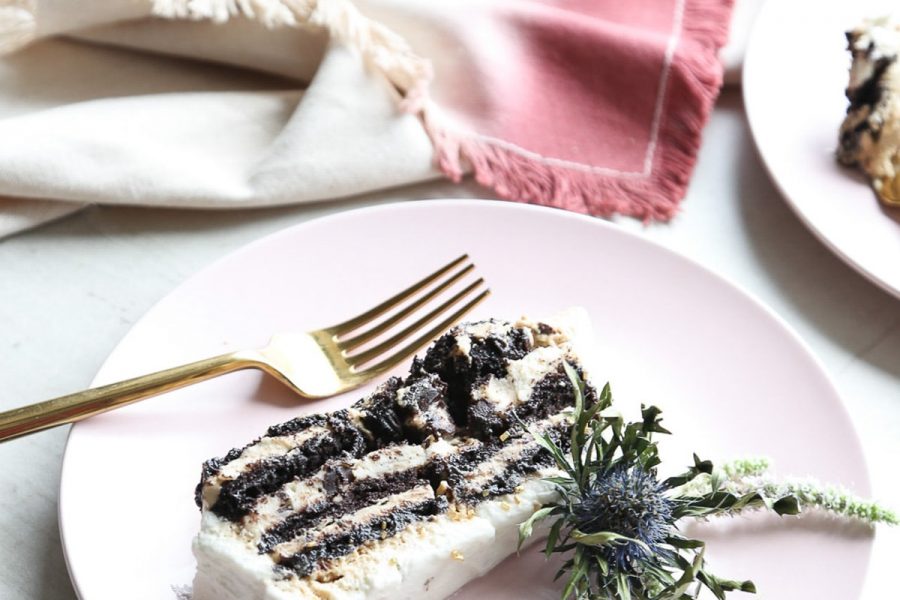 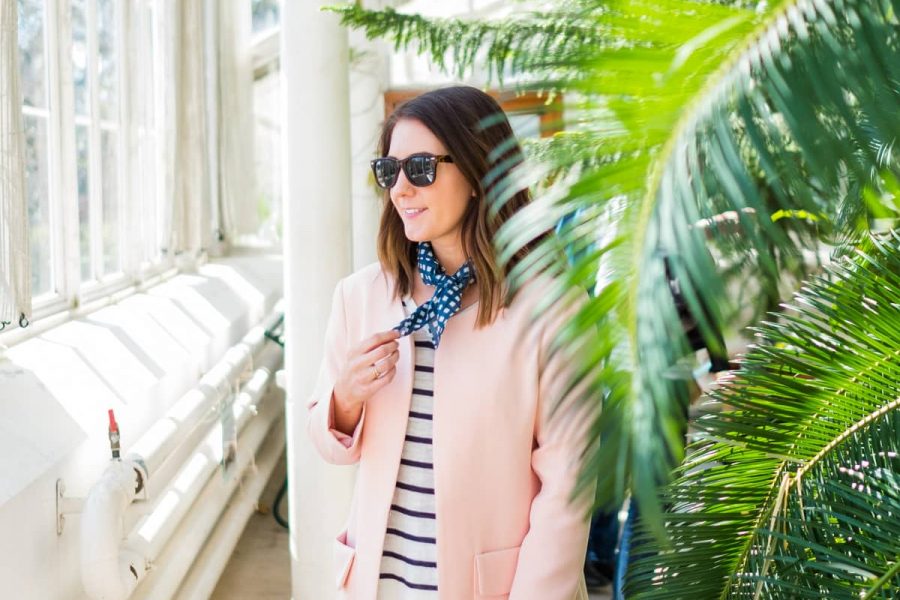 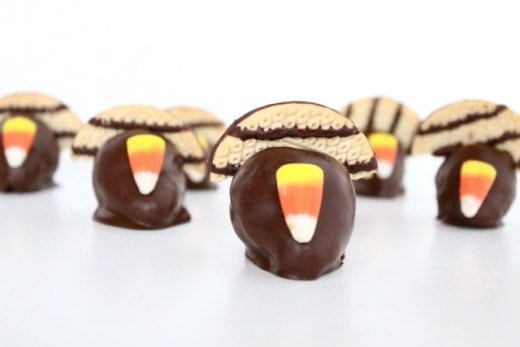 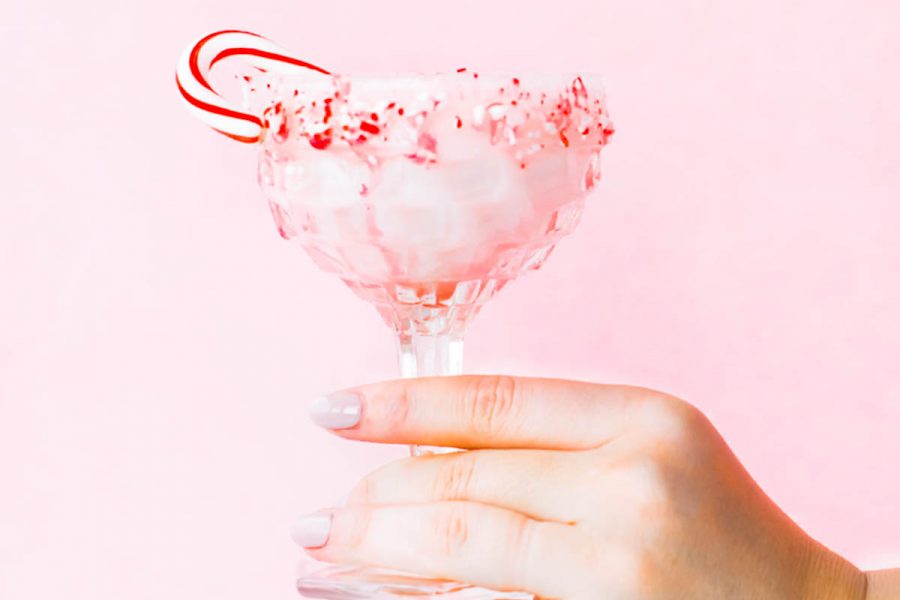 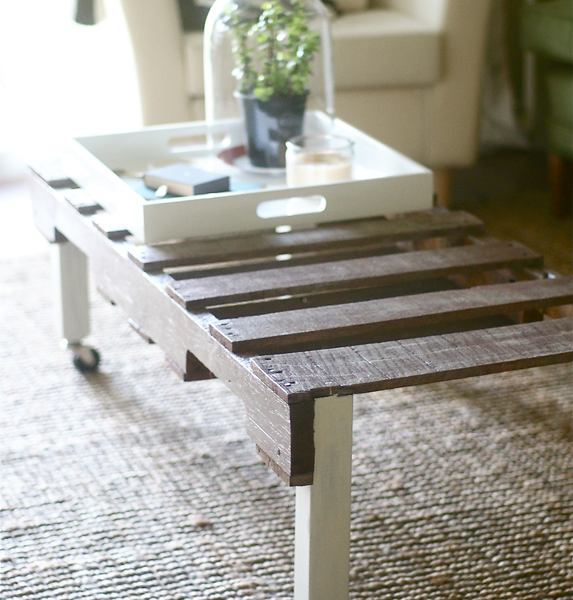