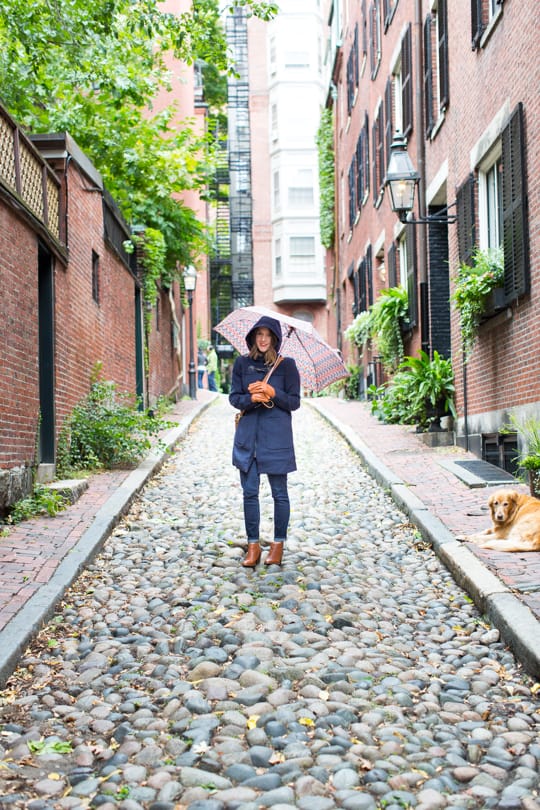 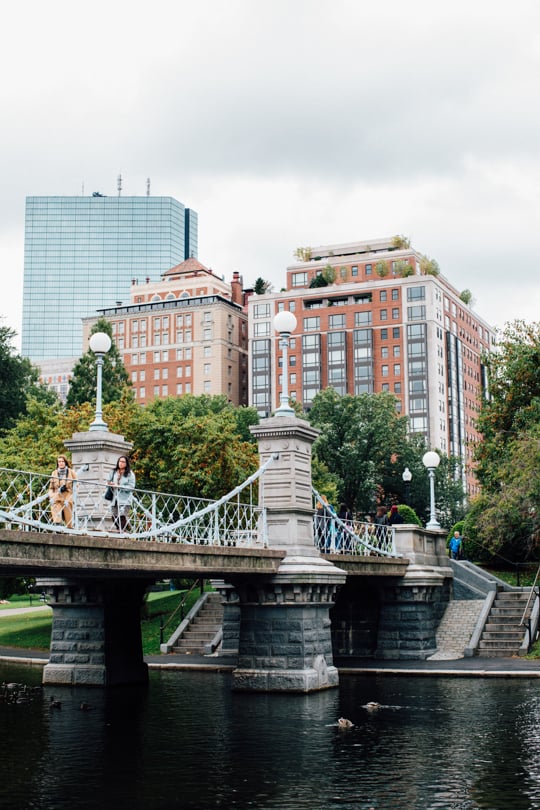 Have I ever mentioned that just about EVERY TIME we travel, there is bad weather? I’m not trying to jinx myself or anything, but I’m not exactly a lucky charm when it comes to rain and cold in my recent adventures. For the most I’ve been able to over look it, especially when it comes to beaches considering Jared and I both burn in about 2.5 seconds anyways, but I was totally not prepared for the cold weather that was Boston and Hurricane Joaquin leftovers!

Not to worry though, because we’re still here to bring you our favorites for our Instagrammable guide to Boston! I just had to duck into a few stores for a heavier coat, gloves, hat, and an umbrella, first. I was all smiles riiiiight after I stopped myself from crying after I accidentally spilled hot coffee over my head when the wind blew my brand new hat off and I instinctively tried to catch it with my right hand that I was carrying my latte in. Good times, you guys, good times.

I think Jared was actually genuinely nervous I was going to have a mental breakdown in the middle of Copley Square at that moment (I’d had a rough day thus far in general), but to both of our surprises, I didn’t. I just threw some gloves down in anger and started prancing back to the hotel to wash up.it’s really not always as pretty as online, ha!

If only you could’ve been there, at least our photo-worthy recs will get you started… 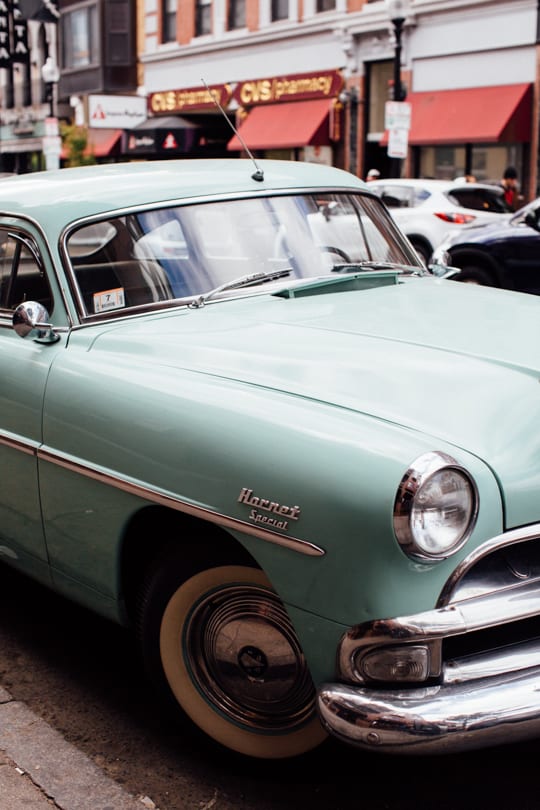 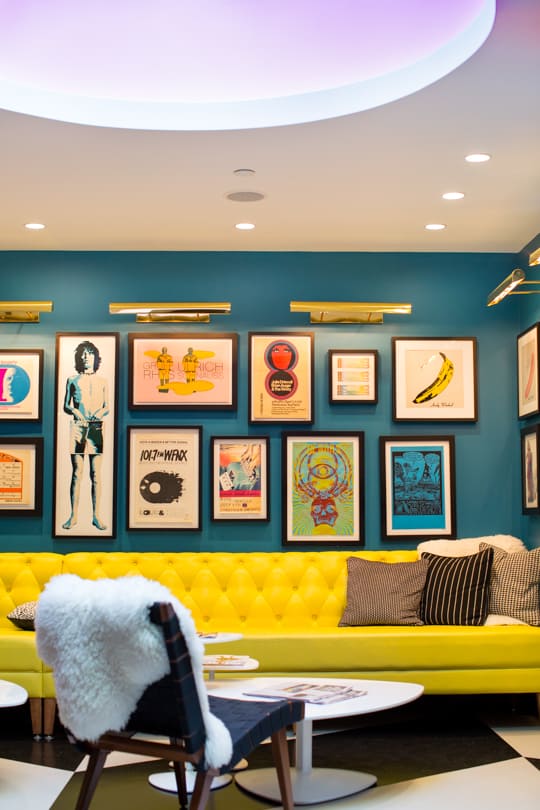 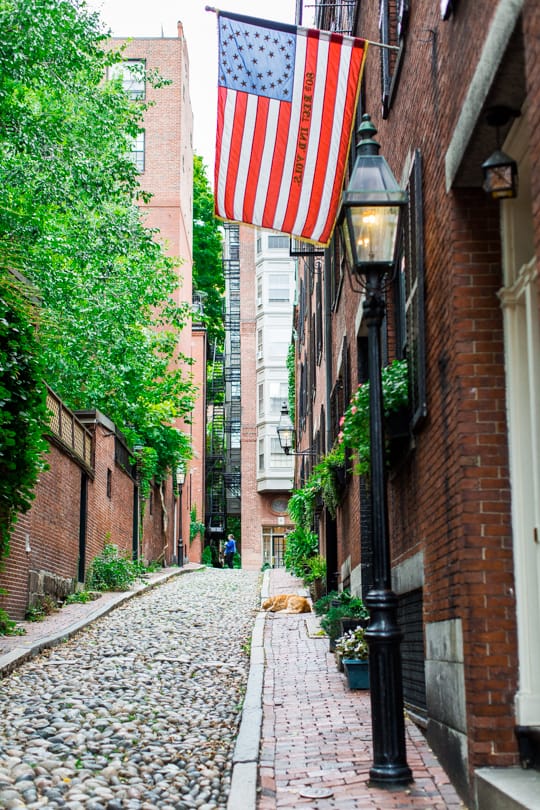 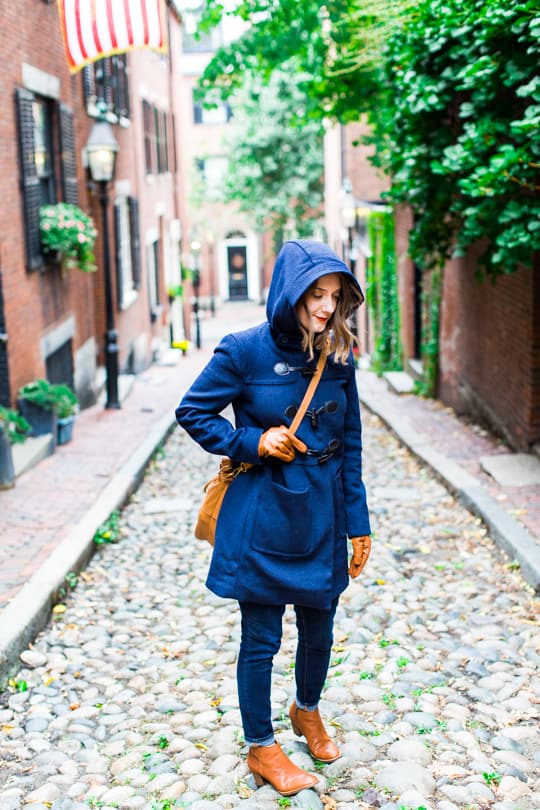 One of the first places we went for touristy things was Acorn Street, and since the weather was…a little under the weather… it was actually pretty free of other tourists, so we got some really cute photos and stops in before heading to check into The Verb Hotel.

Our hotel kind of blew my mind considering it’s colorful and retro enough to be in Palm Springs, but it’s literally a stone’s throw away from Fenway Park instead. Super cool, and great design! 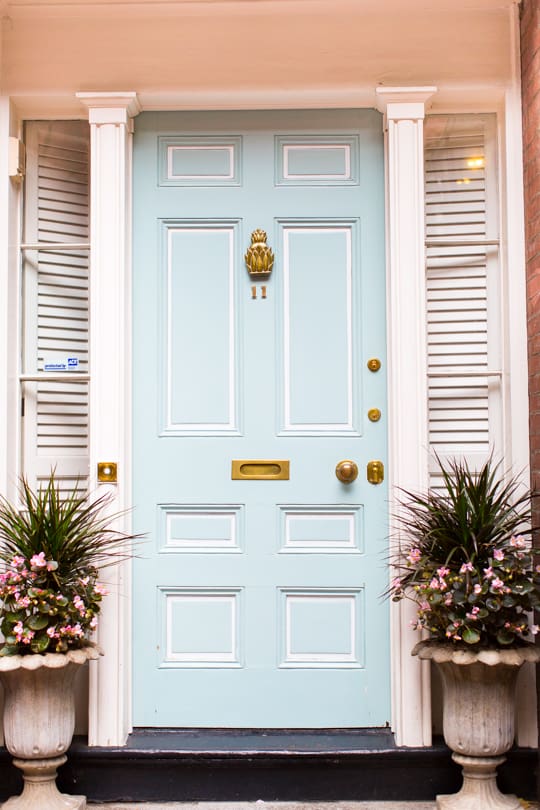 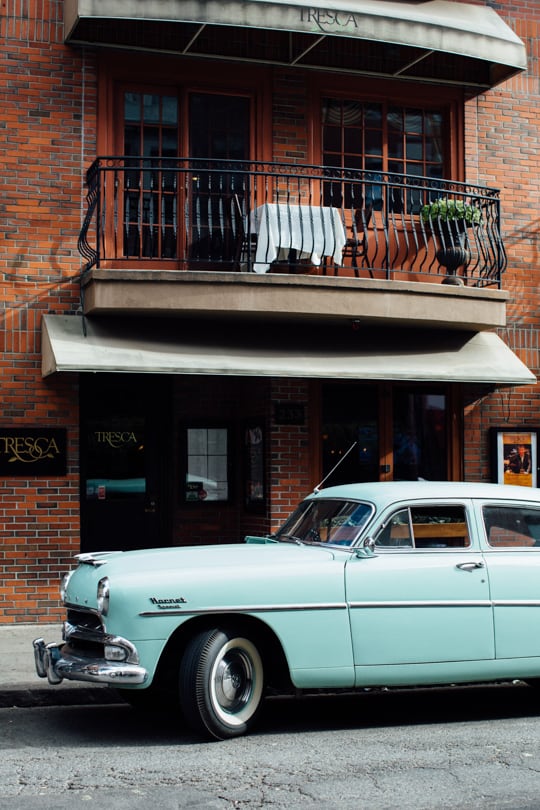 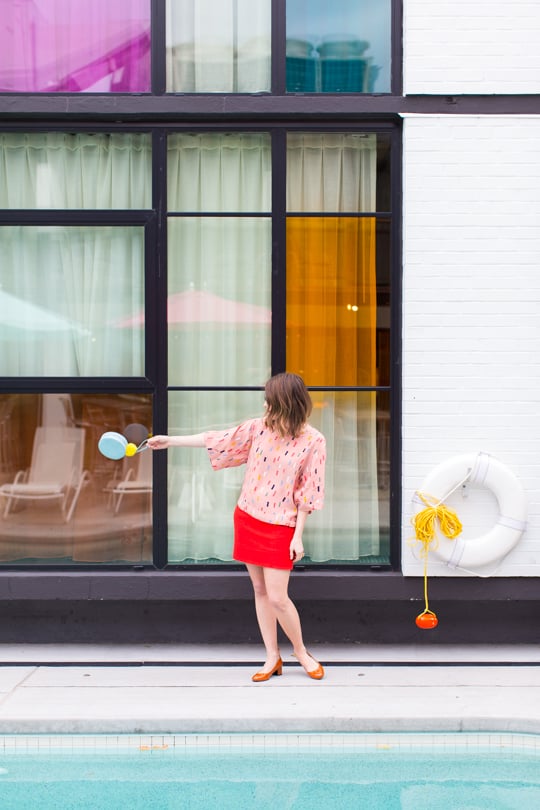 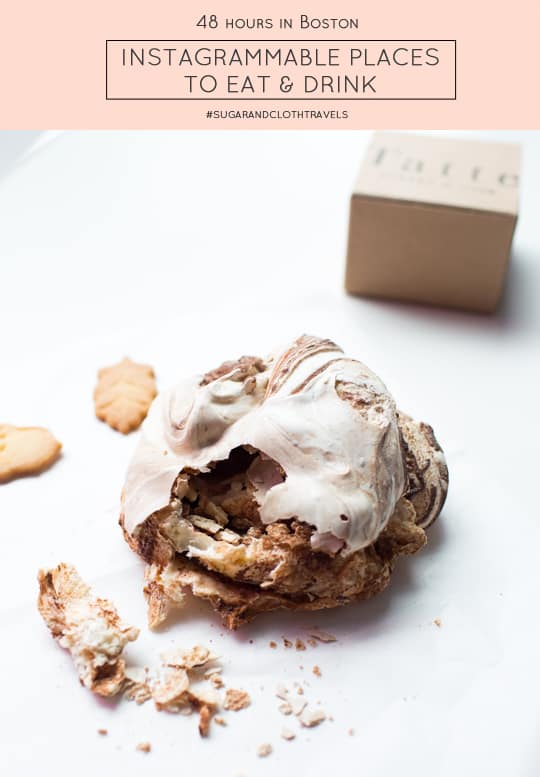 Gas Light – stumbled onto this one!

City Table – rec by our friends at Lindt, SUCH a delicious dinner

Toro – rec by everyone, but we didn’t make it to this one personally!

Saus – rec by @twopeasandpod, the waffle is amaaazing

Maria’s Pastry – rec by @twopeasandpod, they fill cannoli’s fresh on the spot!

Neptune’s Oyster Bar – rec by @msalvie & @woolandwhiskey_, it was too packed for us to make it here, but everyone recommended it! 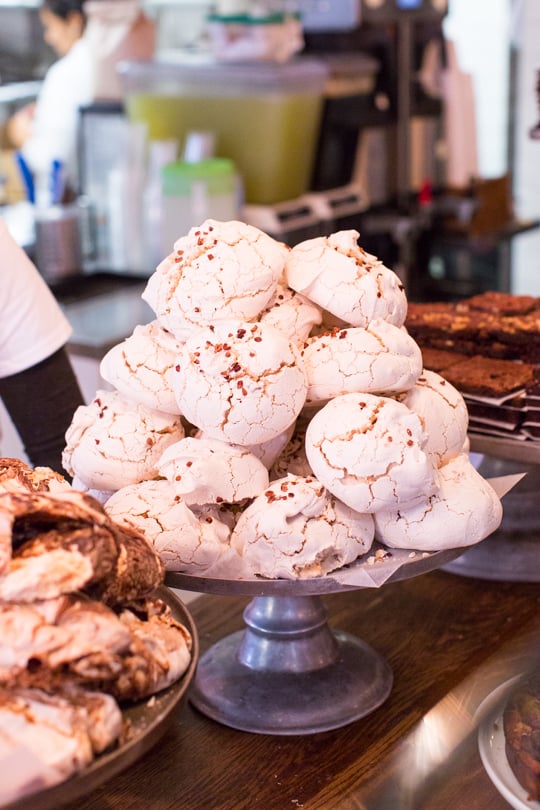 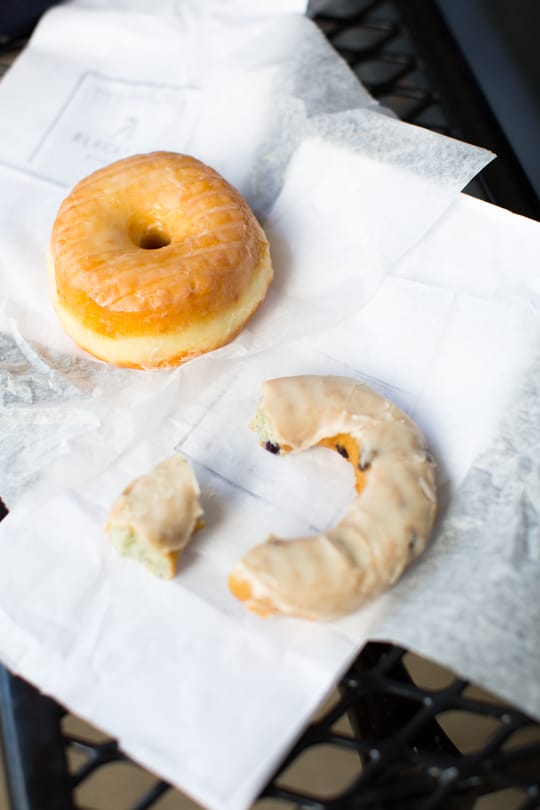 We basically eat our way through every city we go to, and if Boston has nothing else, it’s delicious food on every corner! You guys gave some really awesome recommendations, so thank you!

I’m sure we missed a lot of great ones since we only has 48 hours, but we loved the ones we did hit, including Maria’s Pastry, not Mike’s! We trusted the lovely Maria on that recommendation, and she did not steer us wrong. That cannoli blew my mind! 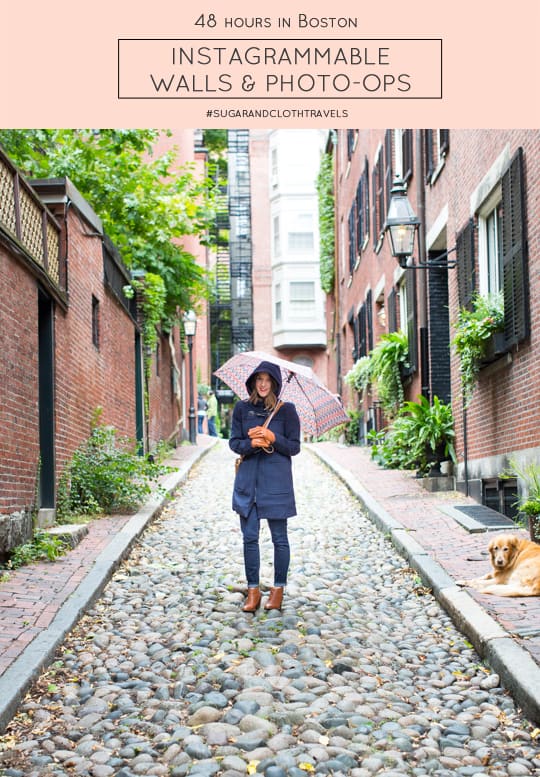 Acorn Street – insanely hard to walk on, but worth it

With all of the history in Boston, the entire city is essentially one, big photo-op, but we did narrow down some of our favorites. The top of this parking garage on Dalton Street was definitely one of them! Such cool views of the city. 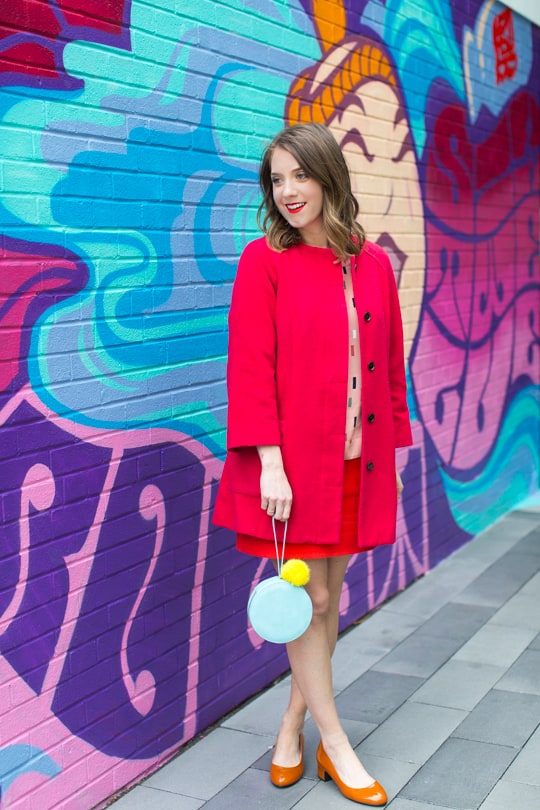 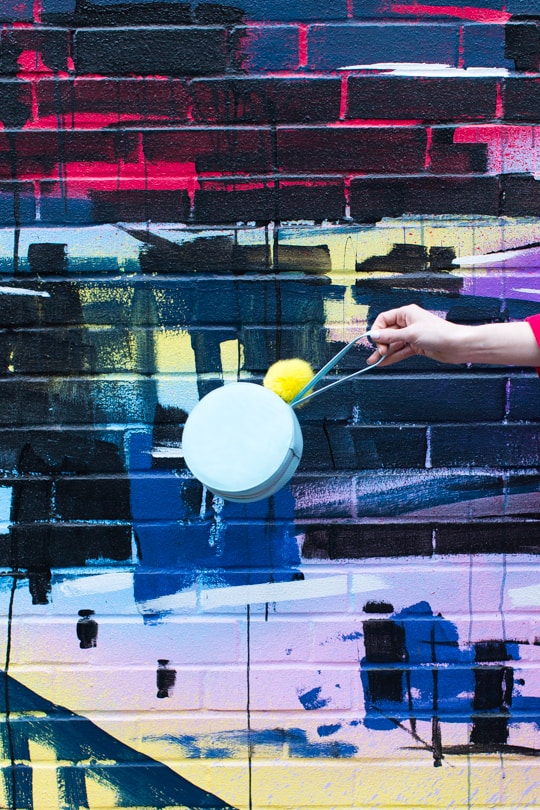 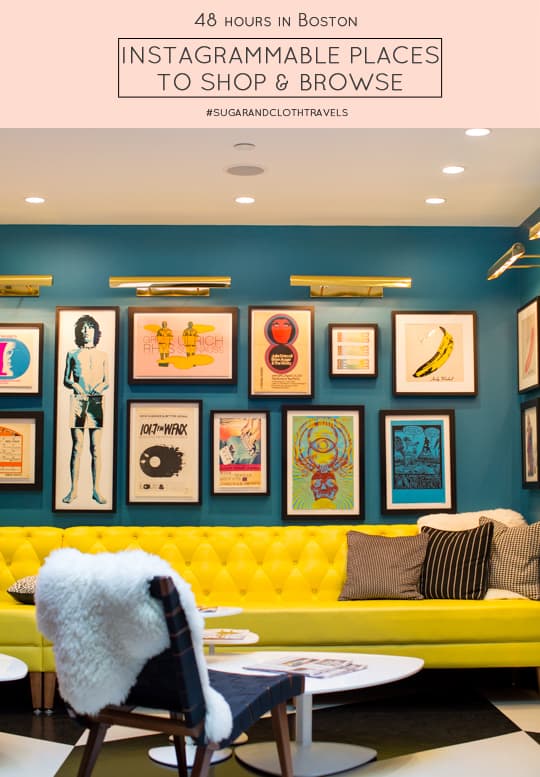 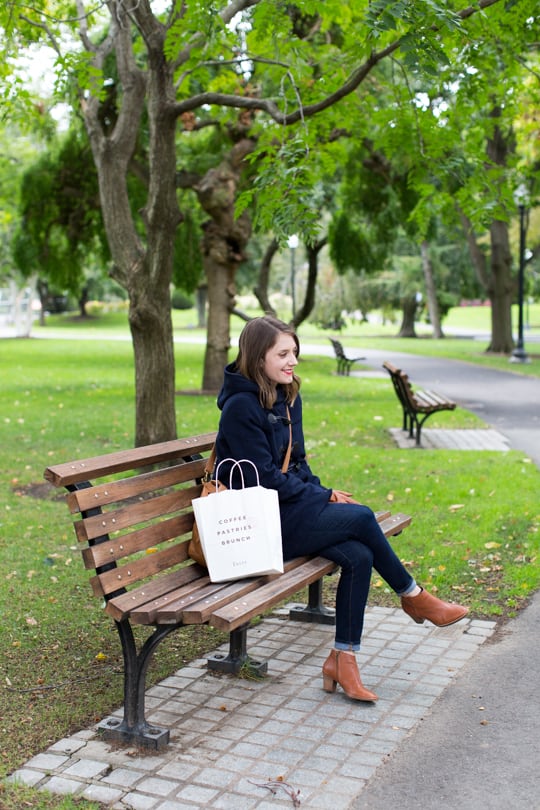 I’m assuming that the historical sites will speak for themselves as staples here, so I didn’t delve into too much detail on those! We did pick our other favorites, specifically the ones that we found to be do-able on a short time-frame so you can see lots of things! 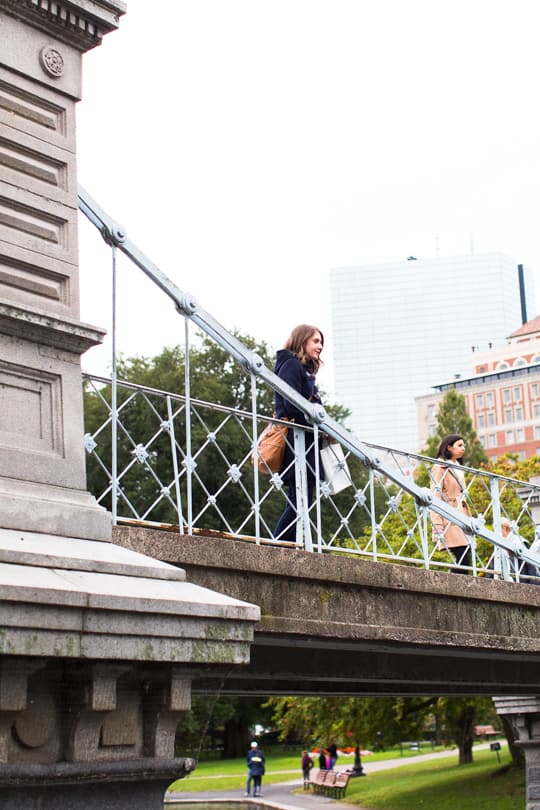 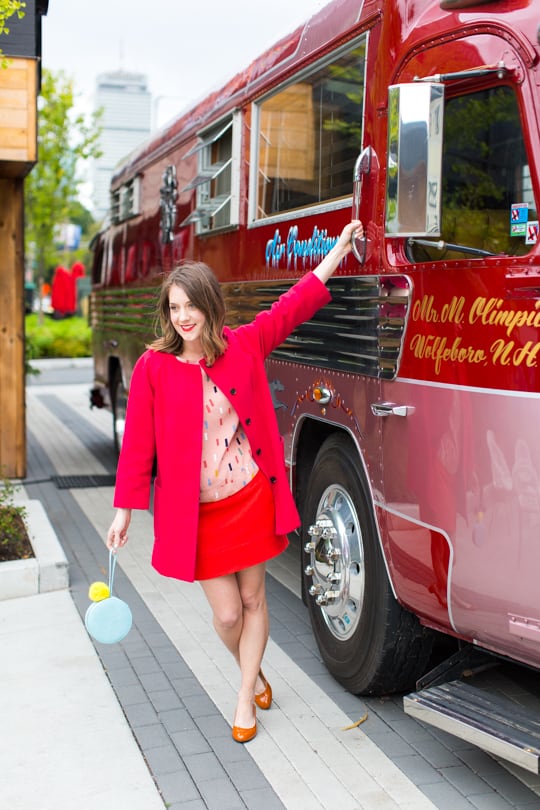 Be sure to follow along on the rest of our trips with #sugarandclothtravels! Our next adventure is to Exuma, Miami, and Key West at the end of this month, and I’m ridiculously excited about it! If you have any recommendations for those places, let us hear it!

17 thoughts on “Instagrammable Guide To Boston: 48 Hours for Photos in Boston”