Honestly, why hasn’t anyone told me how amazing Mexico City is and to get there 911?! Jared and I finally booked a trip for my birthday weekend, and between the super short flight, more than reasonable exchange rate, and the fact that everything about the design there is AMAZING, it’s safe to say we loved it.

We stayed in two different neighborhoods there, Polanco and Condesa, and split our time between two really cool boutique design hotels that we booked through Mr. & Mrs. Smith. Considering the insane number of photos we took of each, I decided we should split the city guide into two posts featuring both parts of the city and our hotels.

They each have a very different vibe, and though we loved both for different reasons, I’m a bit partial to Polanco because of how close our hotel, Hotel Habita, was to so many pretty things and great places to eat. I’m also easily won over by a roof top pool, so sue me.

Before getting to the places we loved in Polanco, here are a few general getting around tips that we learned (some the hard way) from a quick 4 day trip:

—Don’t try to Uber from the airport, the car services with taxis are the easiest for pick up. Ours was only a $17 fare for a 45 drive to Polanco/Habita Hotel.

—We found that Uber was actually better than standard taxis on account of you know the exact fare before they even arrive, plus you don’t need pesos, and have a clear route on your phone to your destination.

—If you rent a car for Mexico City, then you have a death wish. The traffic is actual insanity.

—Most places in Mexico City happily accept American dollars or credit/debit cards, and we didn’t have any issues not having pesos on hand at all times.

—Most U.S. phone carriers have a really inexpensive phone plan for Mexico. We have AT&T and our family plan actually comes with up 1MB free of data and phone unlimited text for Mexico, so that’s what we used for Uber, social media, and maps while we were there. We were careful to turn our phones on airplane mode and close out apps when we weren’t actively using them to make sure to preserve data, though. 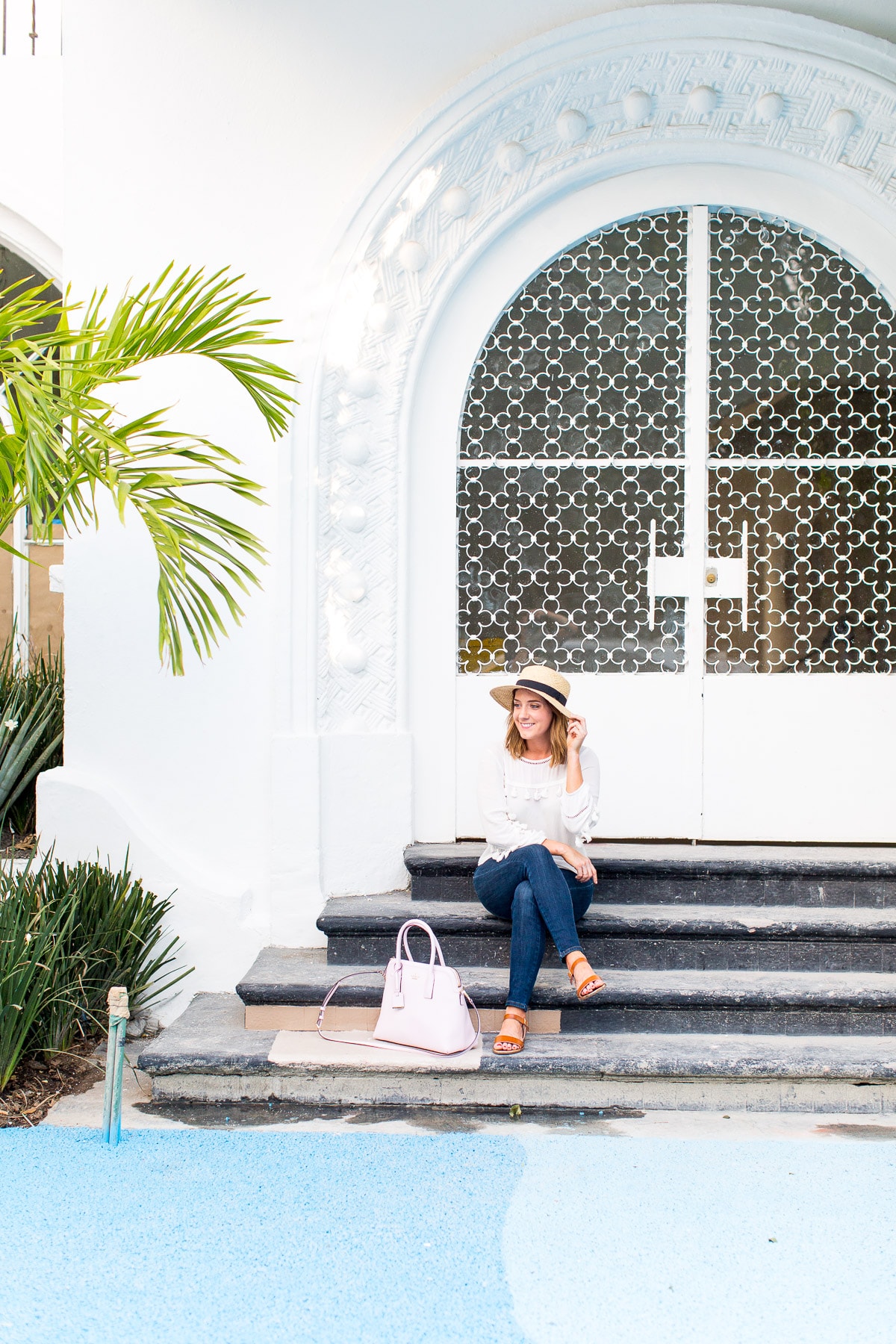 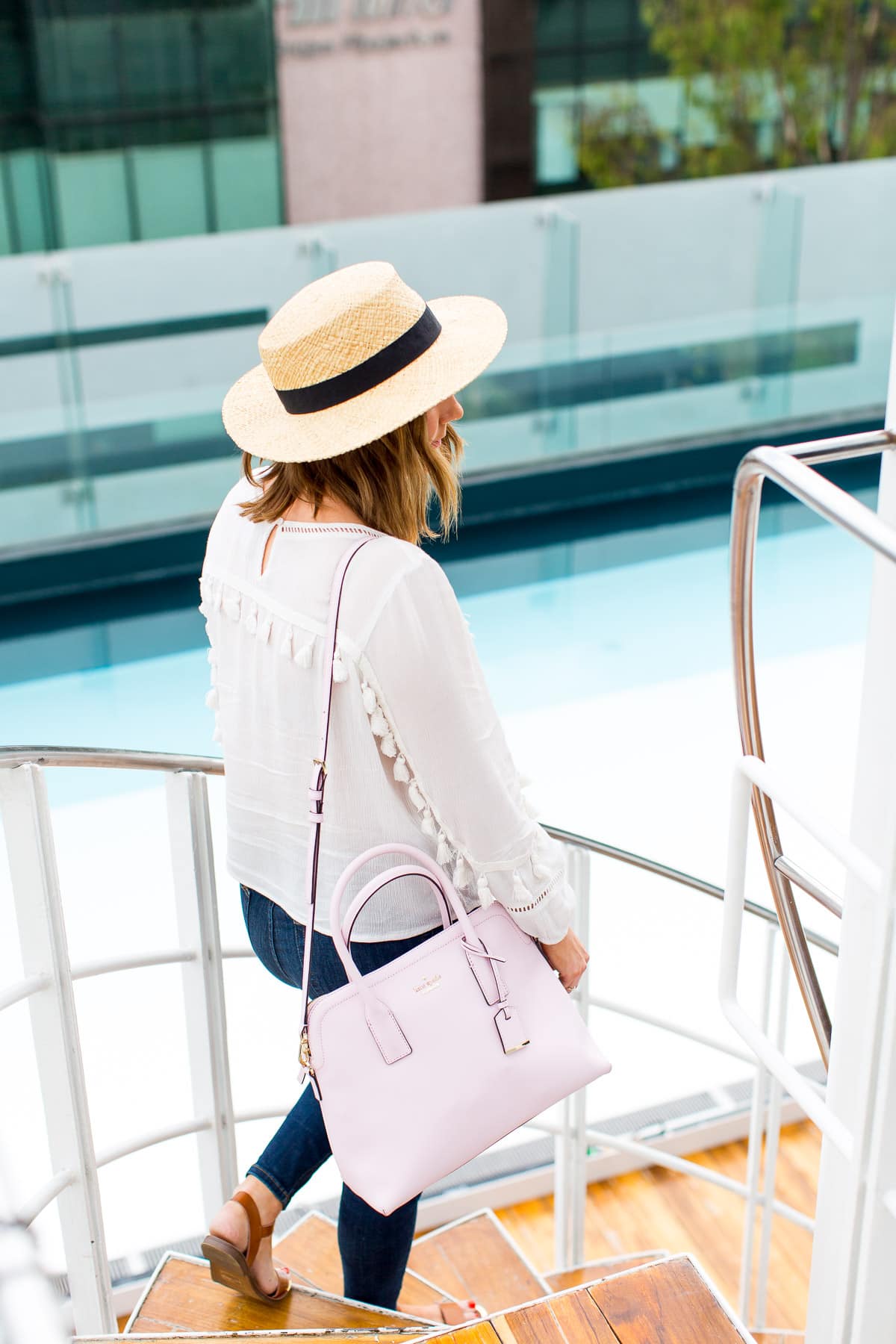 The first day we got in late in the afternoon and wanted to explore but stick close to the hotel. We ventured around Hotel Habita to see the pool and what not, than had dinner at Los Almendros a few blocks over. Their mango margaritas are delish, and Jared got a mango salad with his entree that was to die for.

Beware of the green sauce though! Out of all of the places we ate green sauce, this one was so hot I wanted to die a little, haha! And I even LOVE spicy food!

From there we walked to Parque Lincoln, which is where we found the the cool concrete blue floor, and stopped by Gin Gin rooftop bar for sunset drinks after that. This bar was recommended by a few of our IG friends, and it was such a great spot! 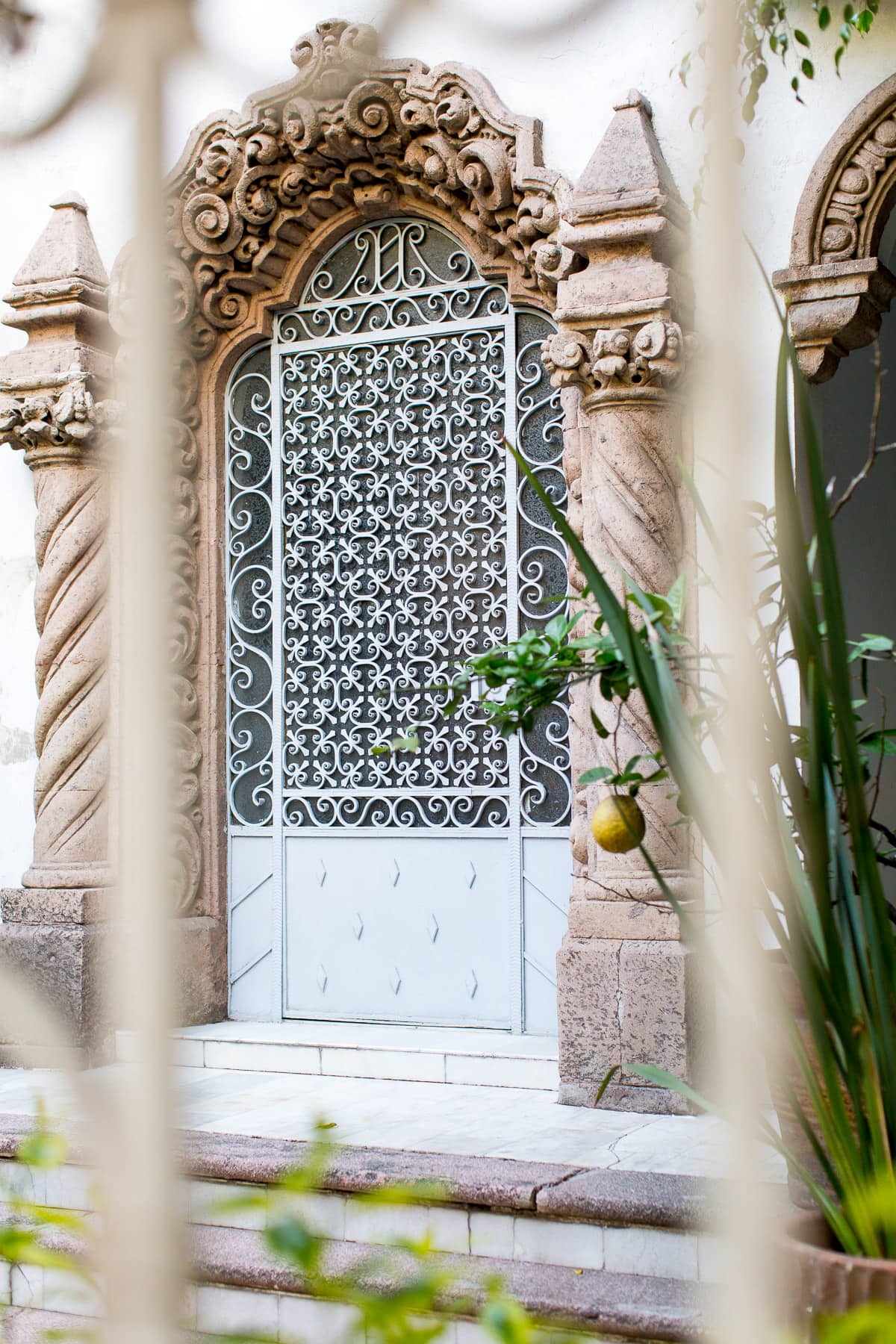 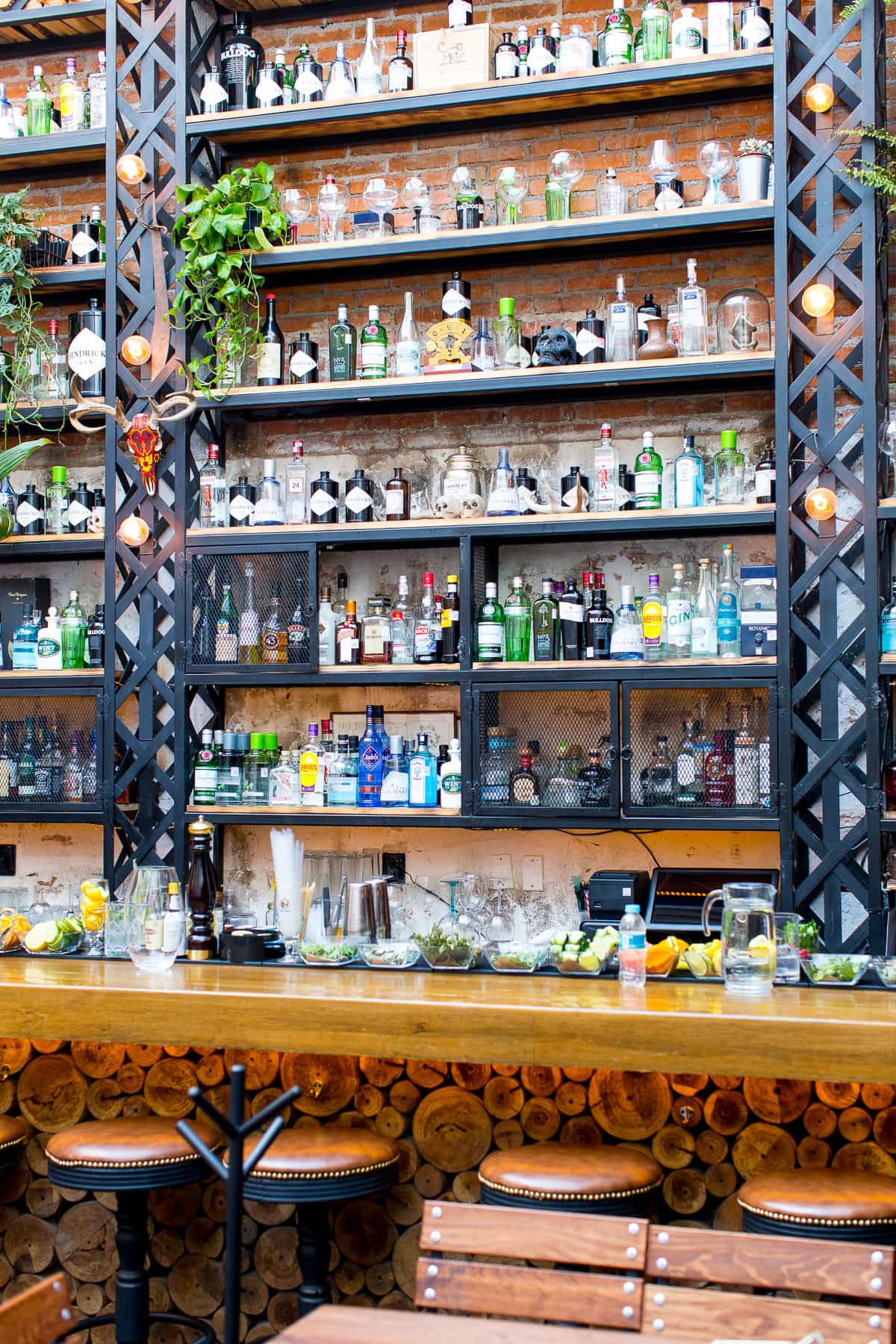 The next day we made some serious rounds! We visited Carlotta for lunch and cocktails, which is near the Museum of Anthropology. From there we did some shopping at Gaia (below), which has the cutest Scandavian designs that’s also REALLY reasonably priced, I even bought a carry on to get all of my stuff home! Everything with a dot can be bought and taken with you, otherwise it has to be ordered and you have to be if Mexico City to pick up the order.

Right down the street at the round about is Mobica, which is also cool but pricier and less modern. 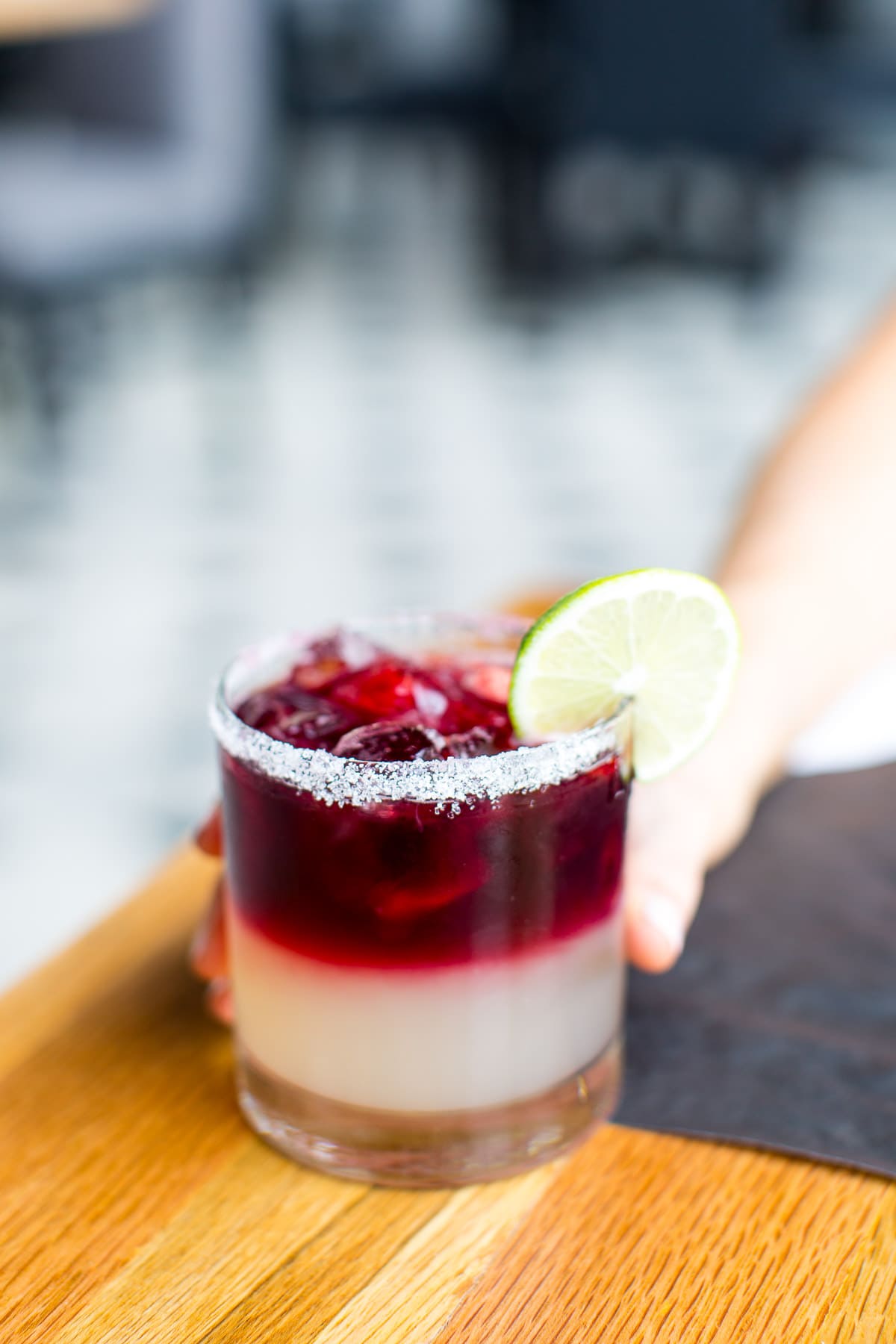 We also checked out Common People (which we got followed around like a ghost from Mario Brothers the entire time because they thought we were going to steal something) and Onora for shopping, but I loved Gaia the most. 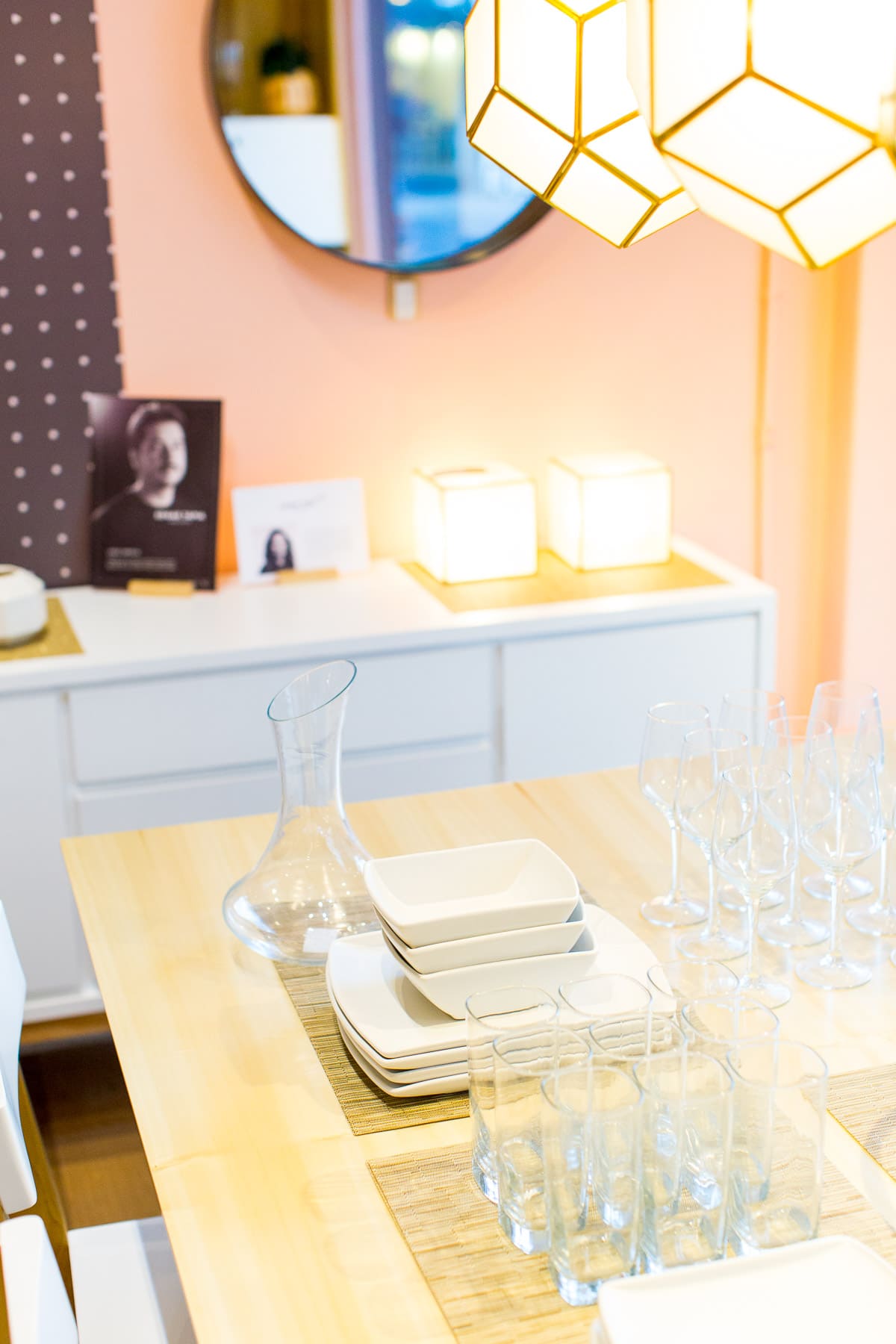 Cafe Budapest was a super cute Hungarian coffee and pastry shop that is tucked away right above Common People (you have to go through the shop to the second floor to get to the cafe). We ordered flourless chocolate cake, espresso, and one of every Hungarian cookie, naturally. 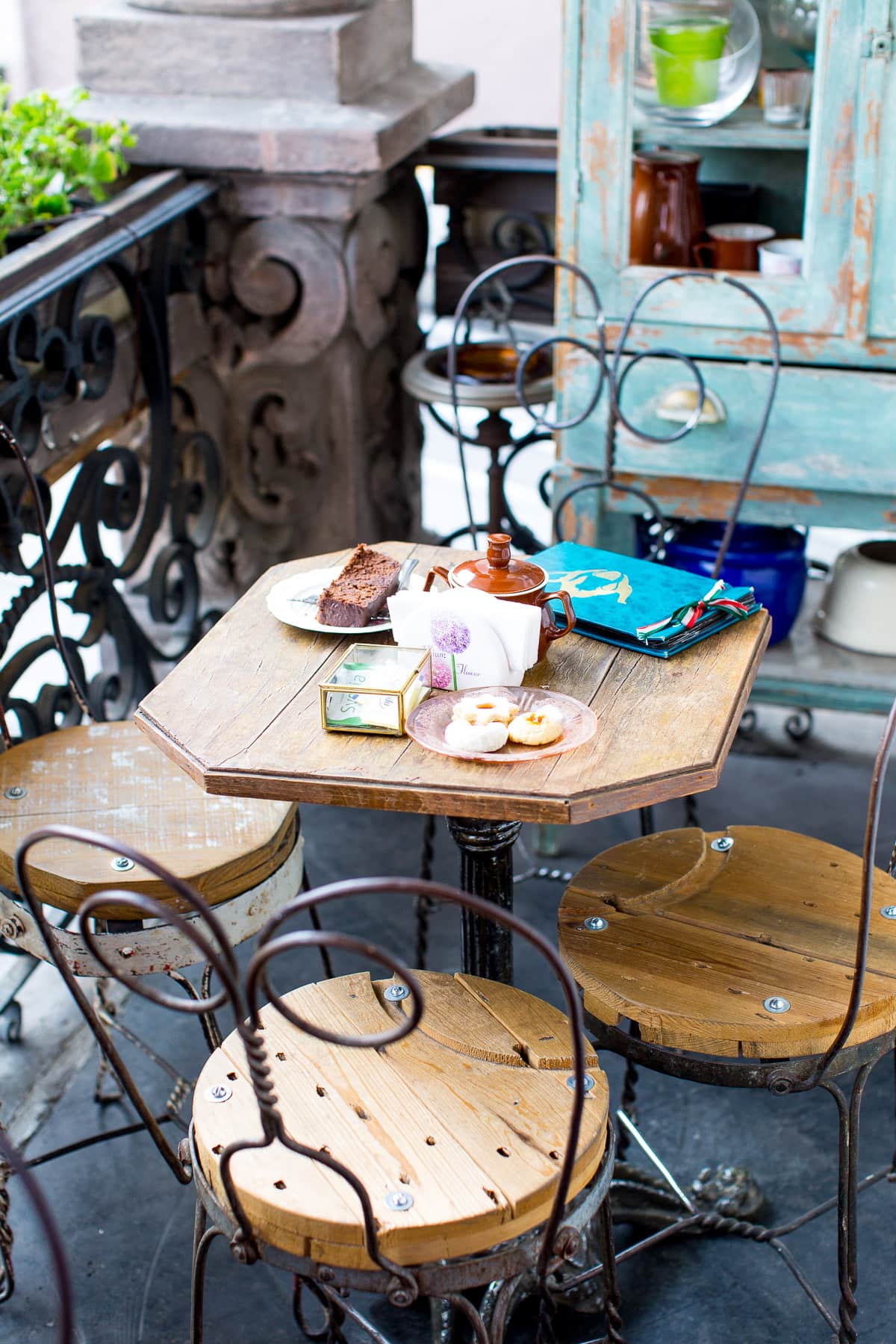 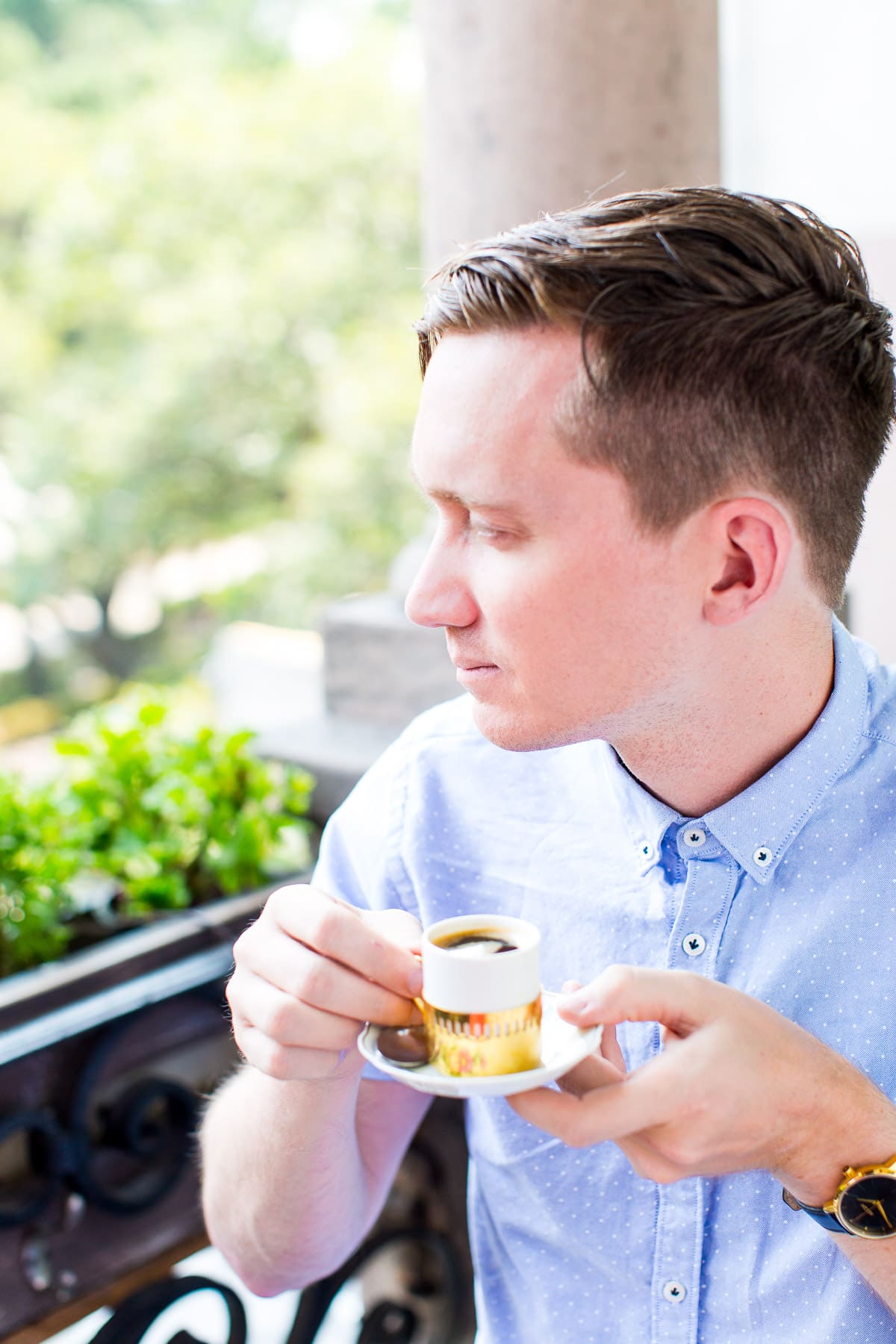 Comrade is next door to Cafe Budapest and has the prettiest outdoor seating area. We had cocktails there just to see the space, and they were some of the best cocktails we had in Polanco! I got the Portado and Jared got the Smash. 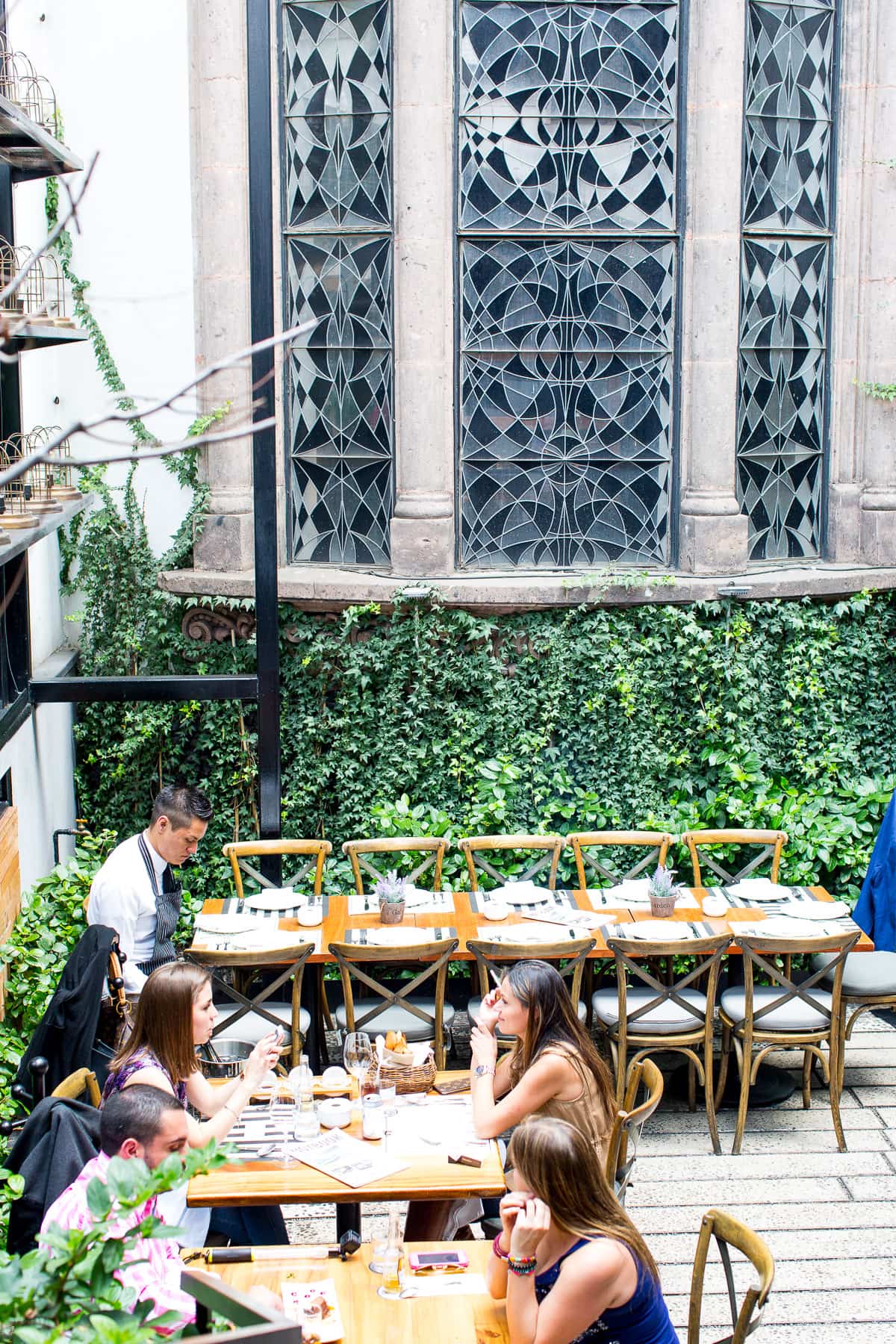 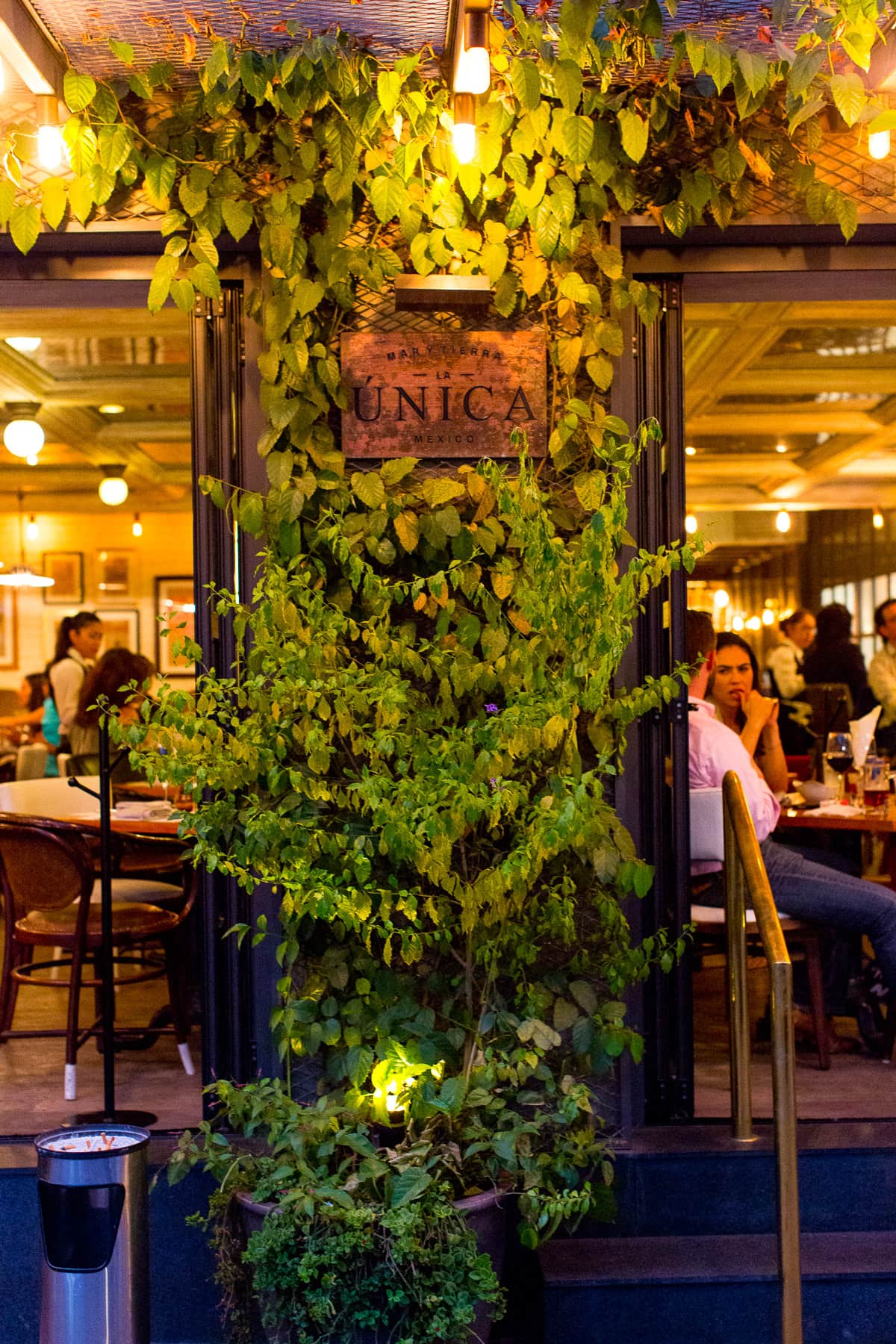 The same little area around Parque Lincoln has quite a lot of designer shops and super cute cafes and restaurants. We basically ate our way through Mexico City, and it did NOT disappoint.

We even stopped in the Magnolia Bakery there, had an afternoon tequila tasting at La Unica – (they have a really cute bar hidden in the back of the restaurant, too!), and stumbled upon a ton of other pretty photos and places in the winding streets there, too. 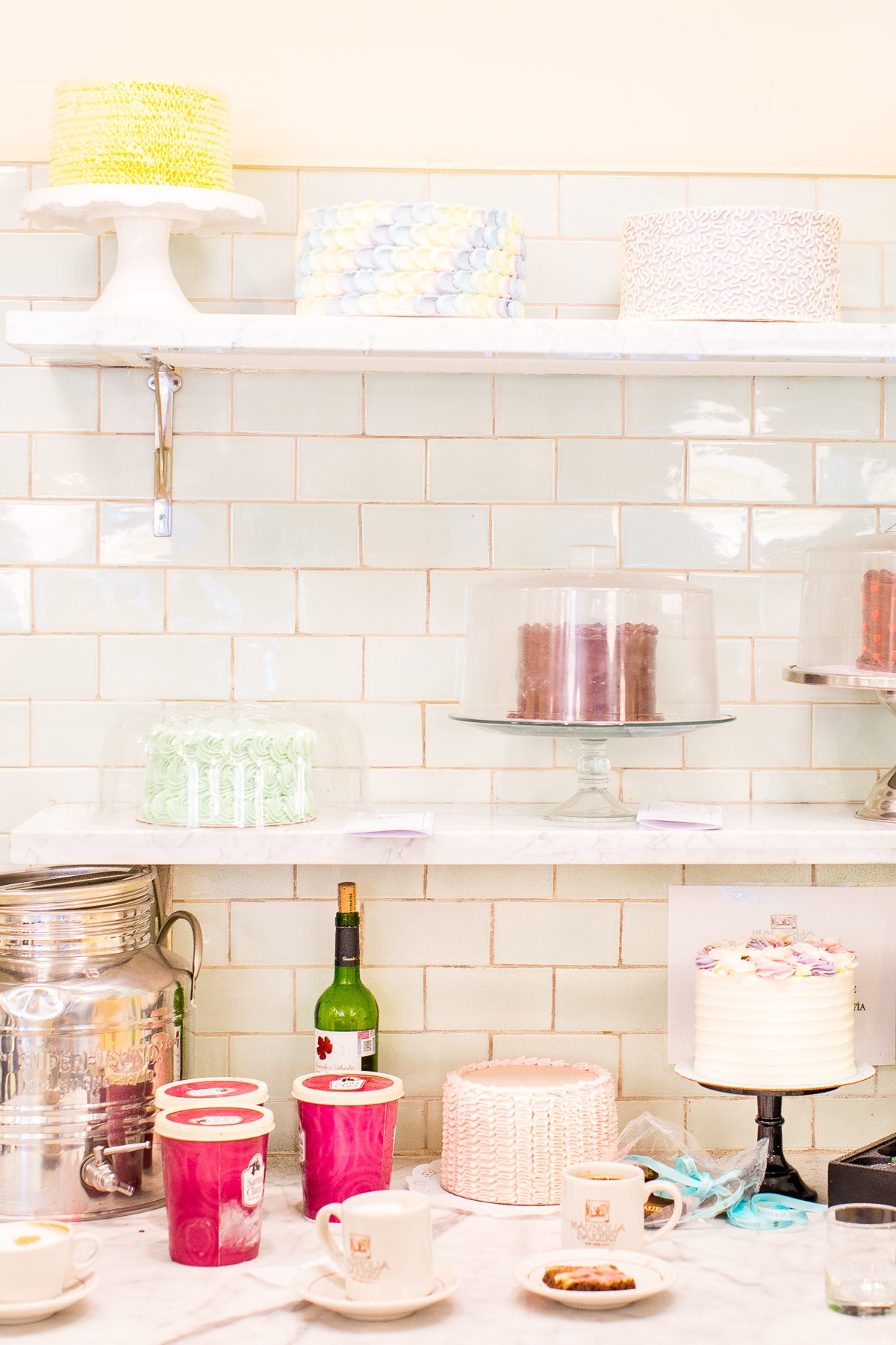 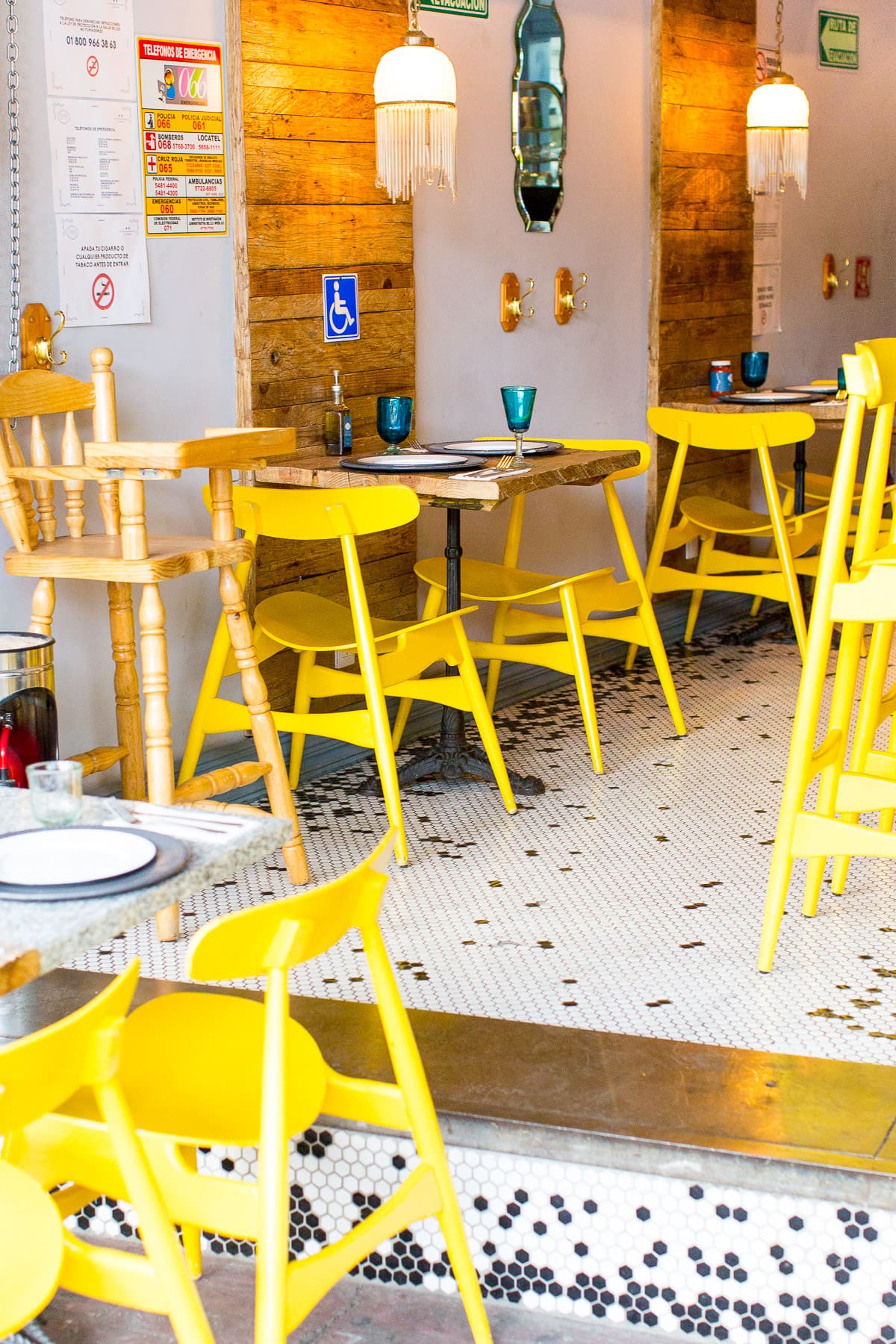 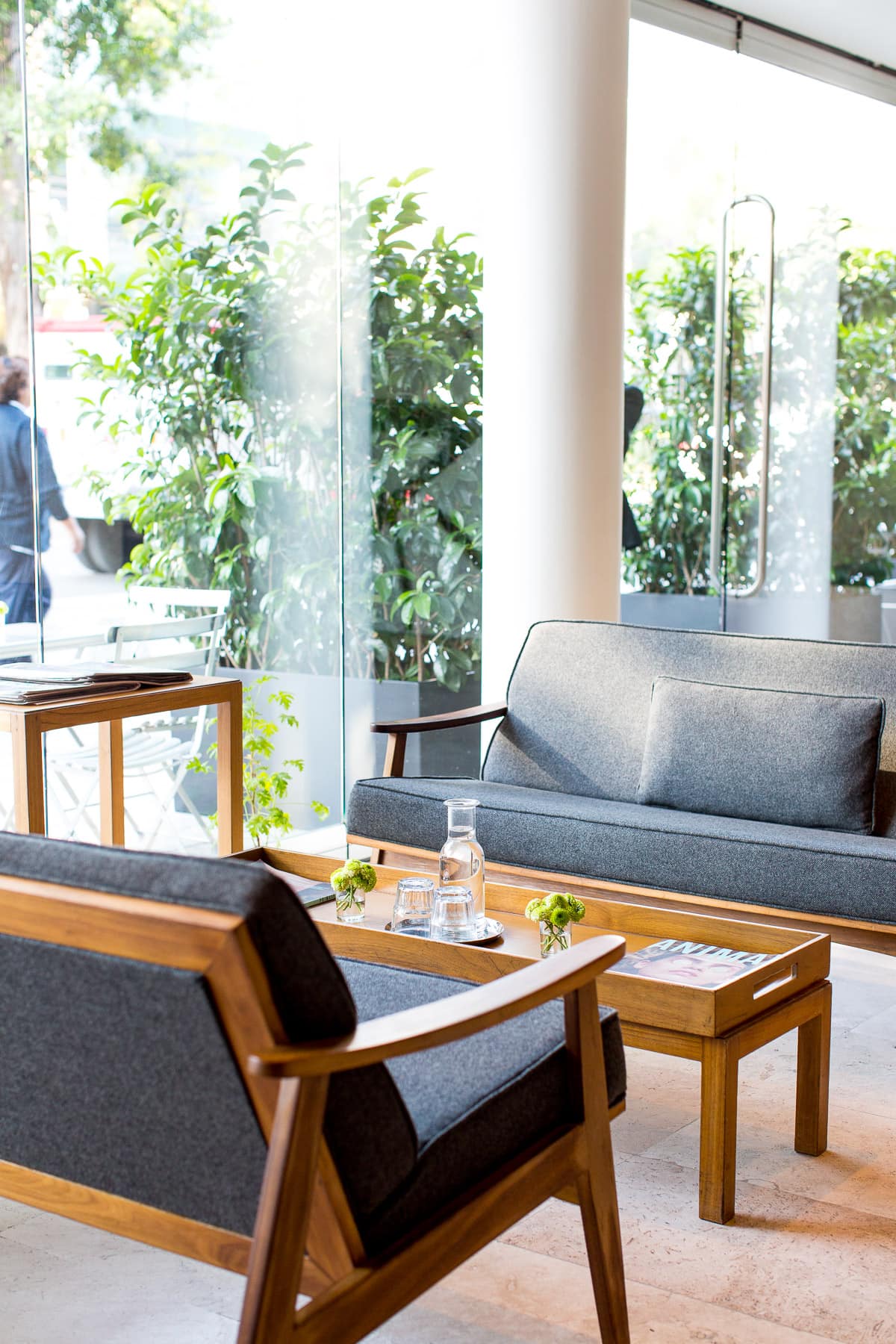 We also made reservations to splurge at Tori Tori thanks to a ton of Instagram friends that recommended it, and it did not disappoint! This was our fancy seated dinner that we had on my birthday, and unfortunately the only photo we got was from a super sweet waiter that didn’t know how to focus the camera and forgot to mention… that my bra was showing. Ha! Oh well! It was the only photo I had so I couldn’t help but share!

Pujol is also in the Polanco neighborhood, but you definitely need to make reservations in advance! We didn’t make it to this one, but we heard great things. We planned to go on Saturday, but Jared caught Montezuma’s Revenge after day two, so we were down for the count that day! It’s closed on Sunday’s, so beware! We made the mistake of waiting until Sunday to check, which left us with no availability. 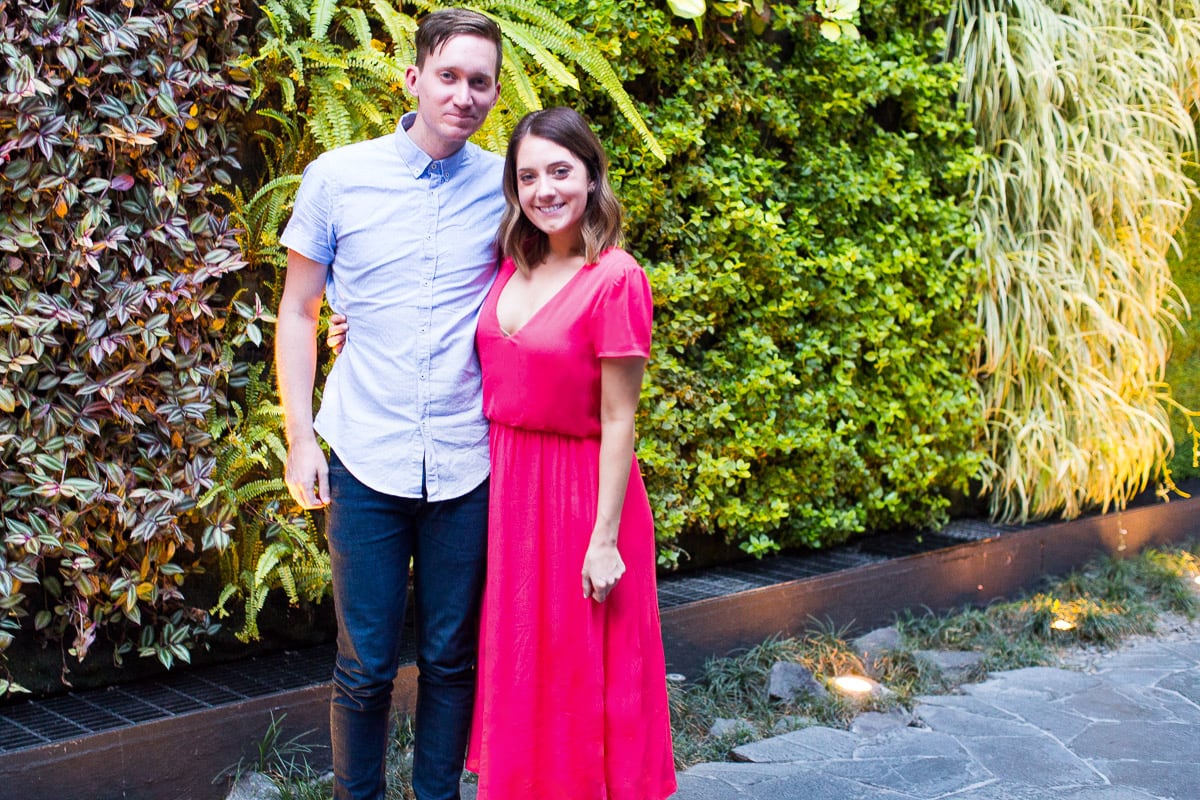 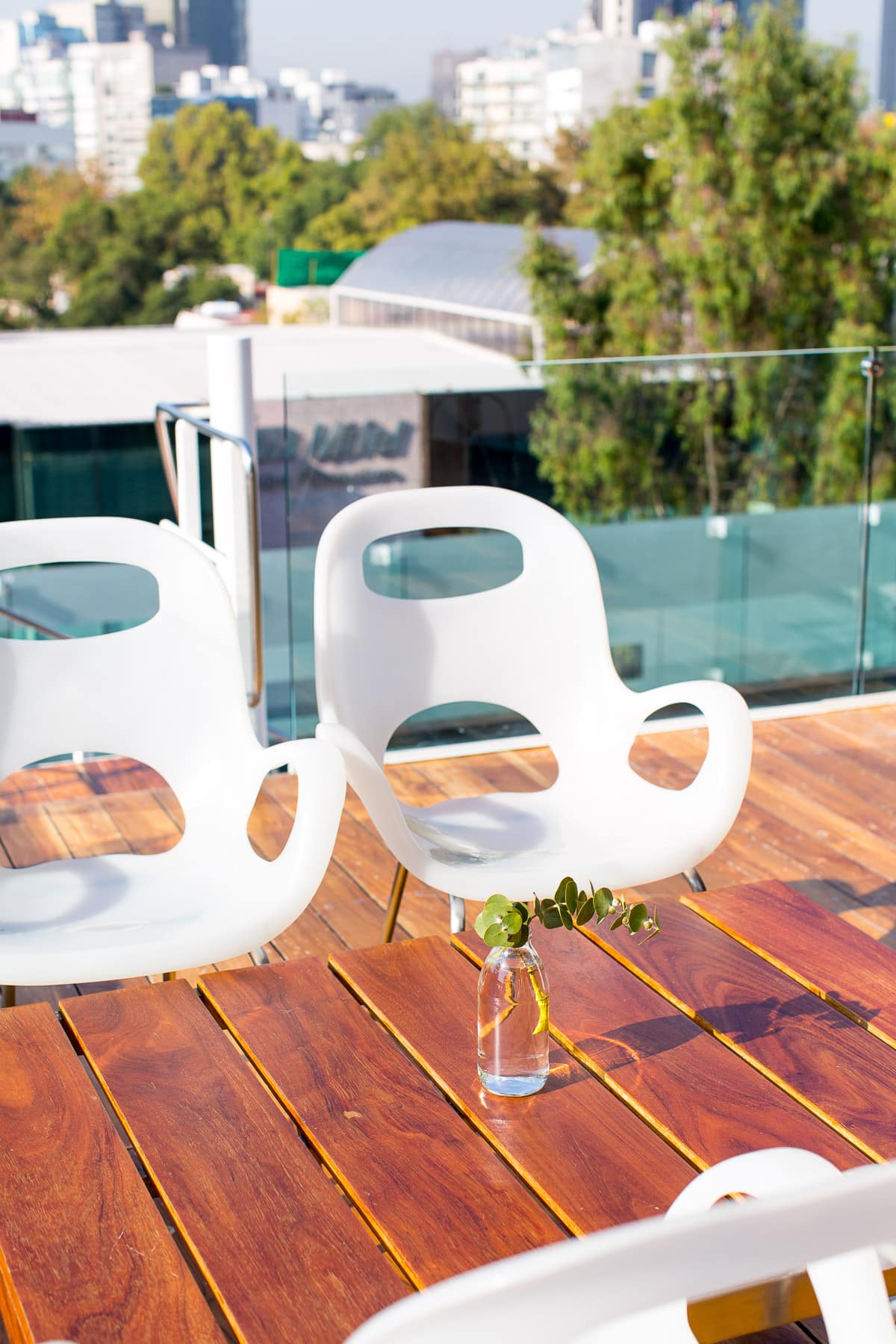 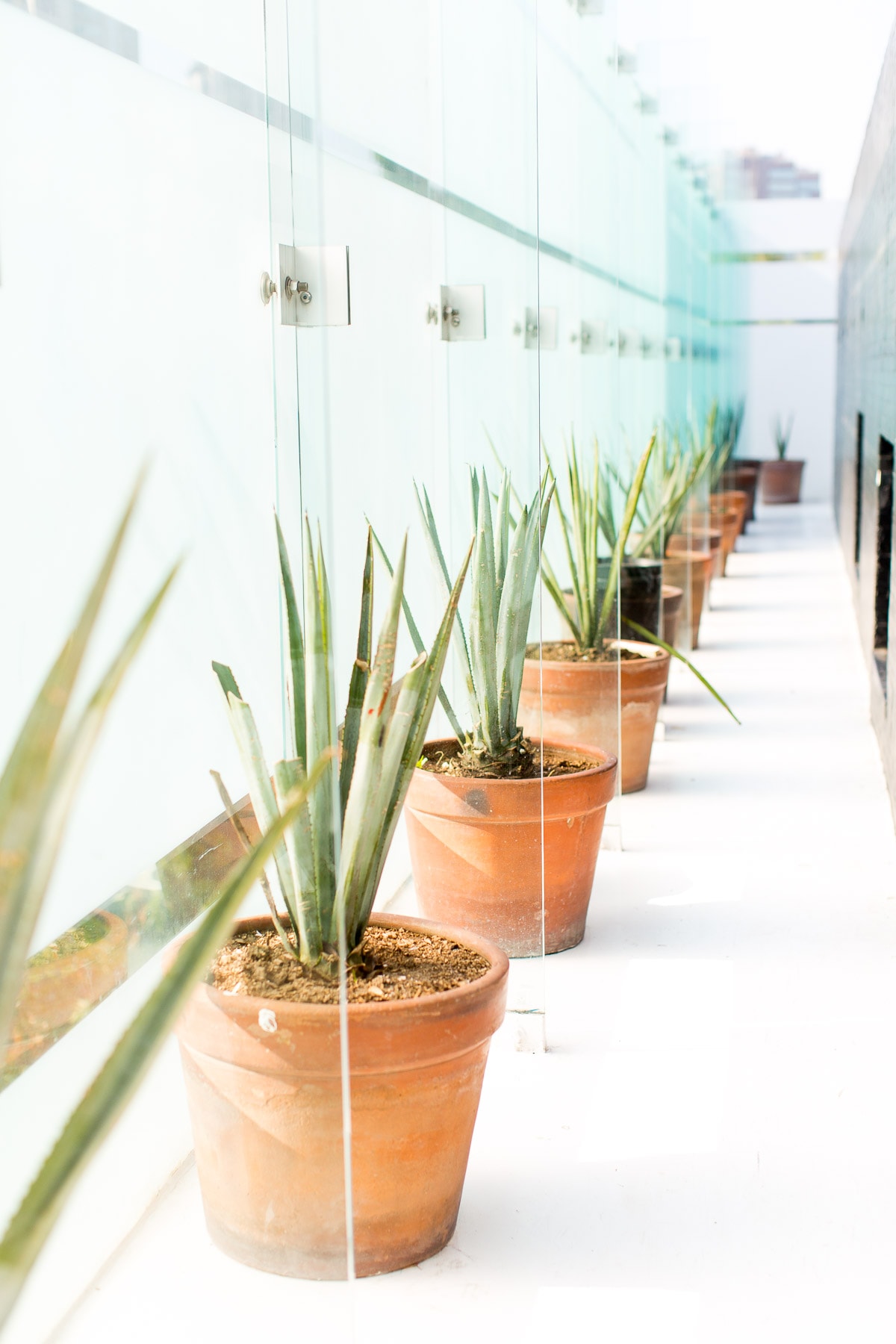 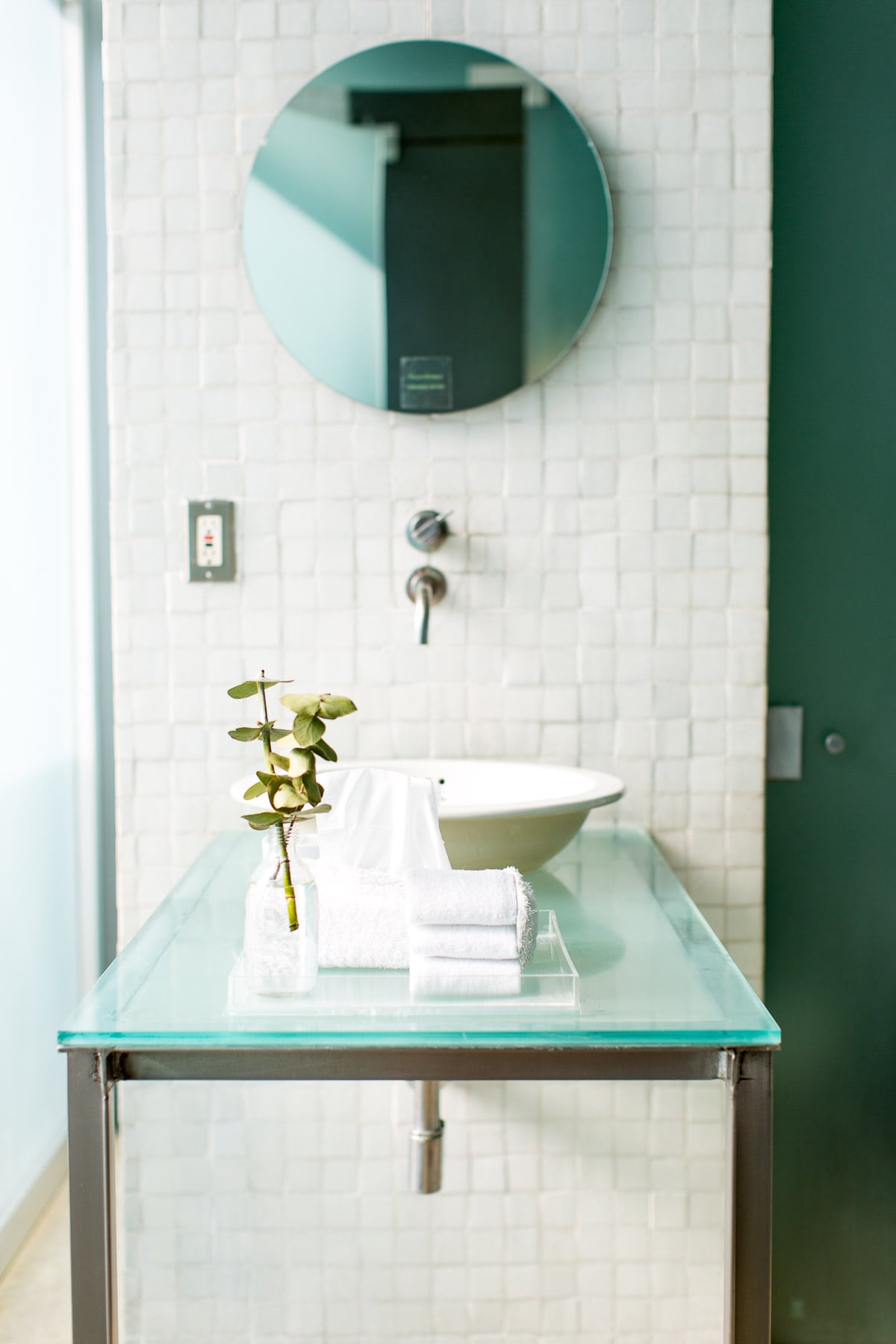 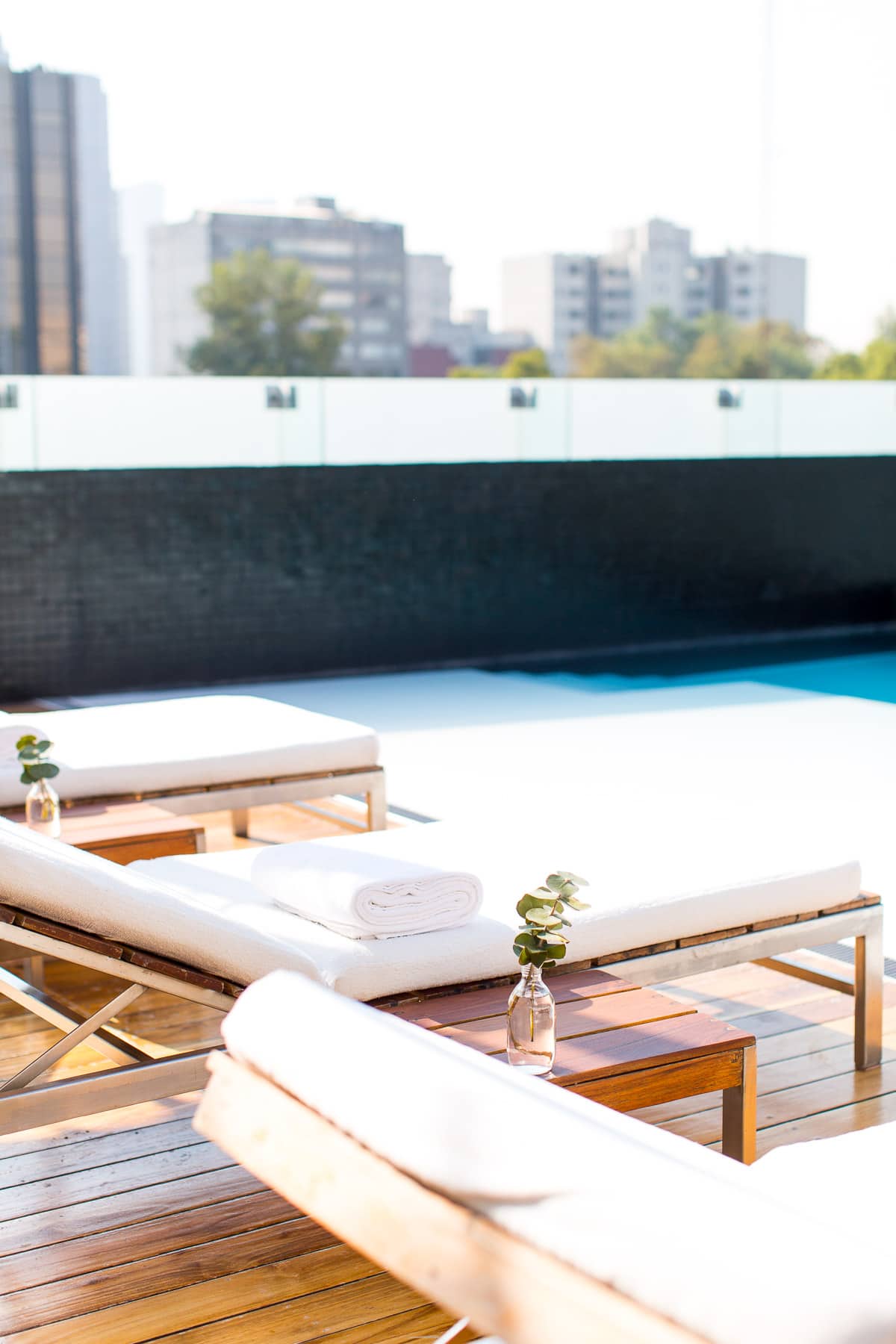 When we weren’t running around, we were lounging at the hotel. It’s such a beautifully designed space, and the rooftop pool is heaven! You will love it. I’ve recommended it to so many people since we went!

I also got to wear my new Kate Spade bathing suit pre-Italy trip when it still fit. You guys, not even joking, the biggest souvenir I brought back from Italy was 10 pasta pounds. It’s a real thing, but I’ll get to that post soon, haha! 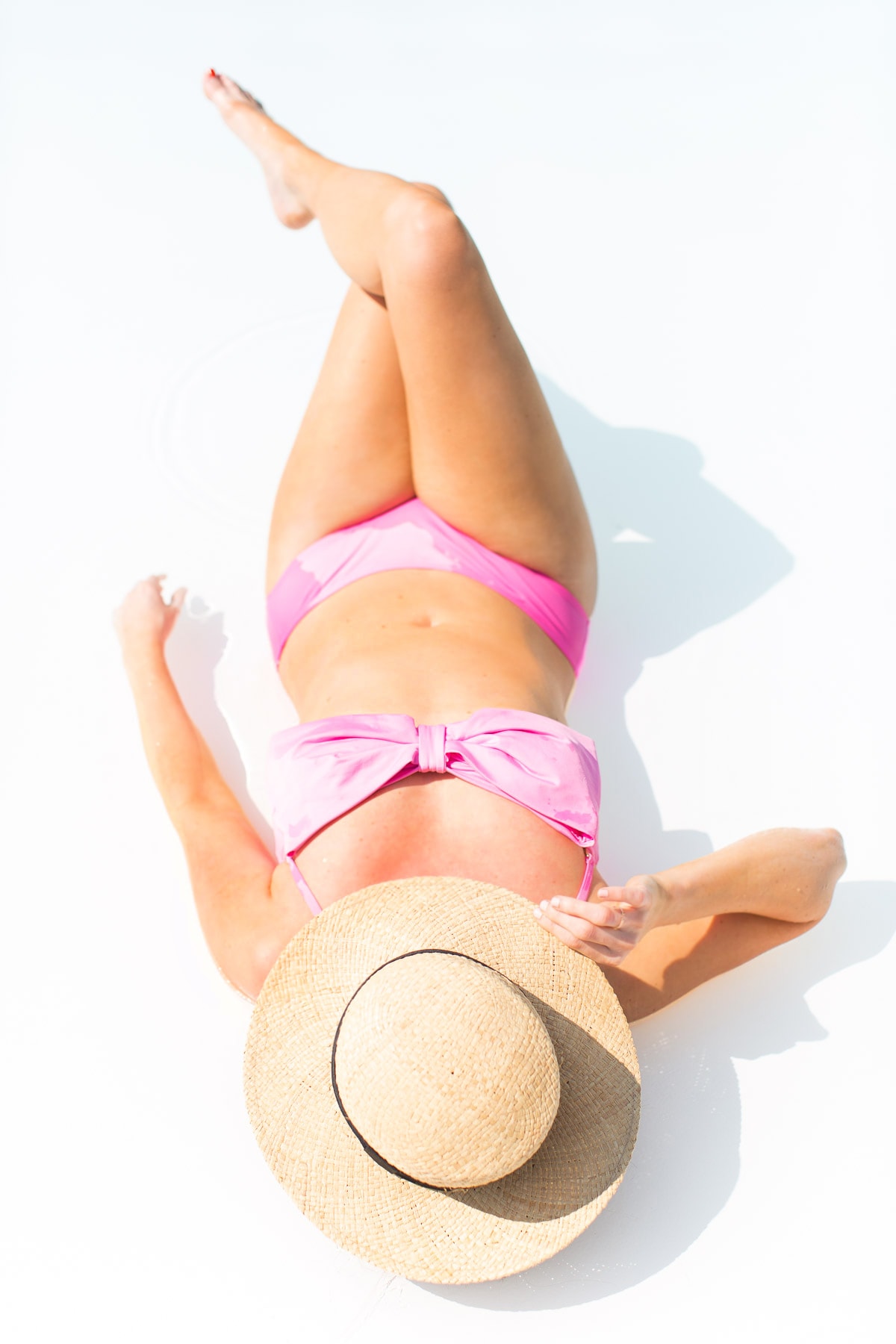 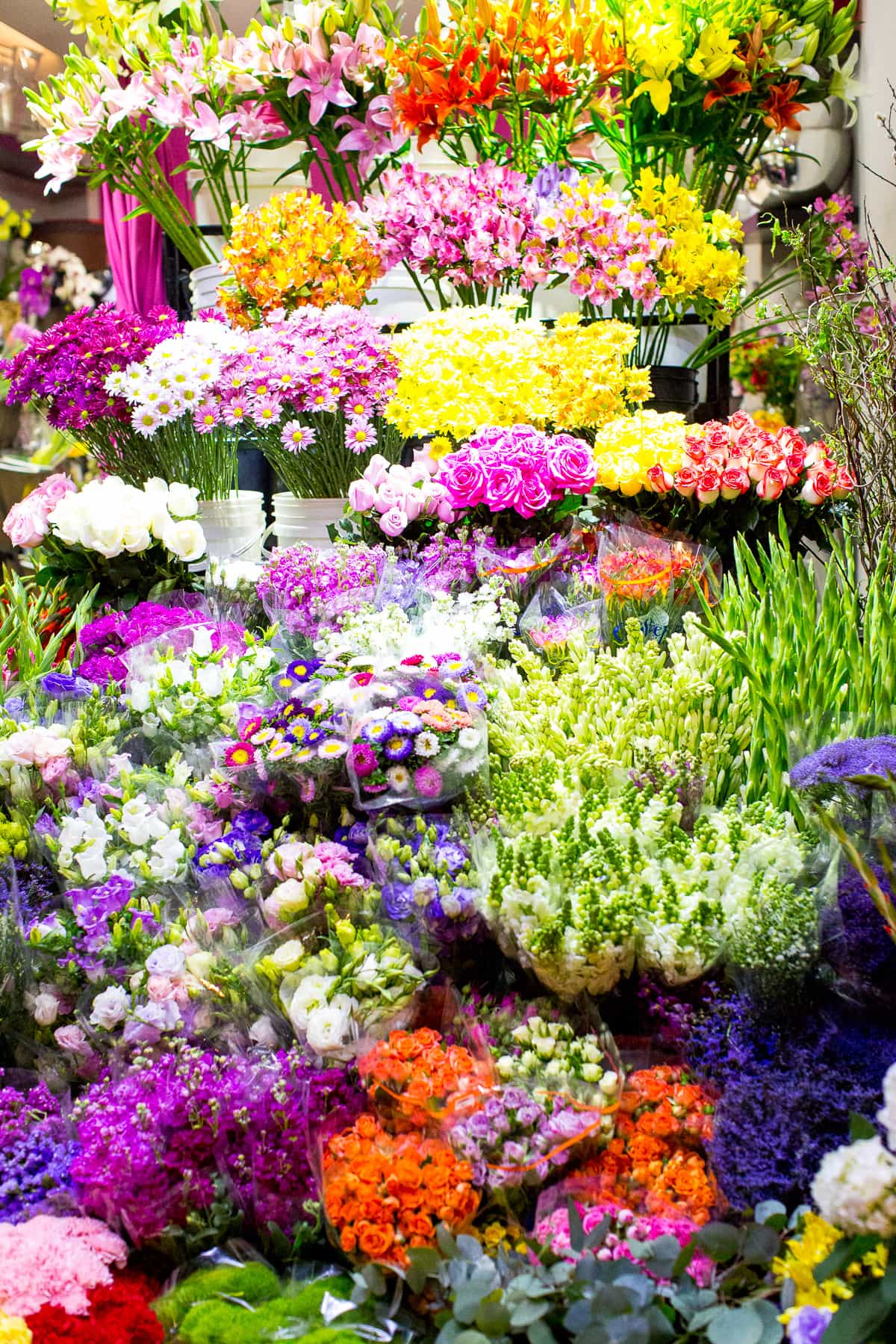 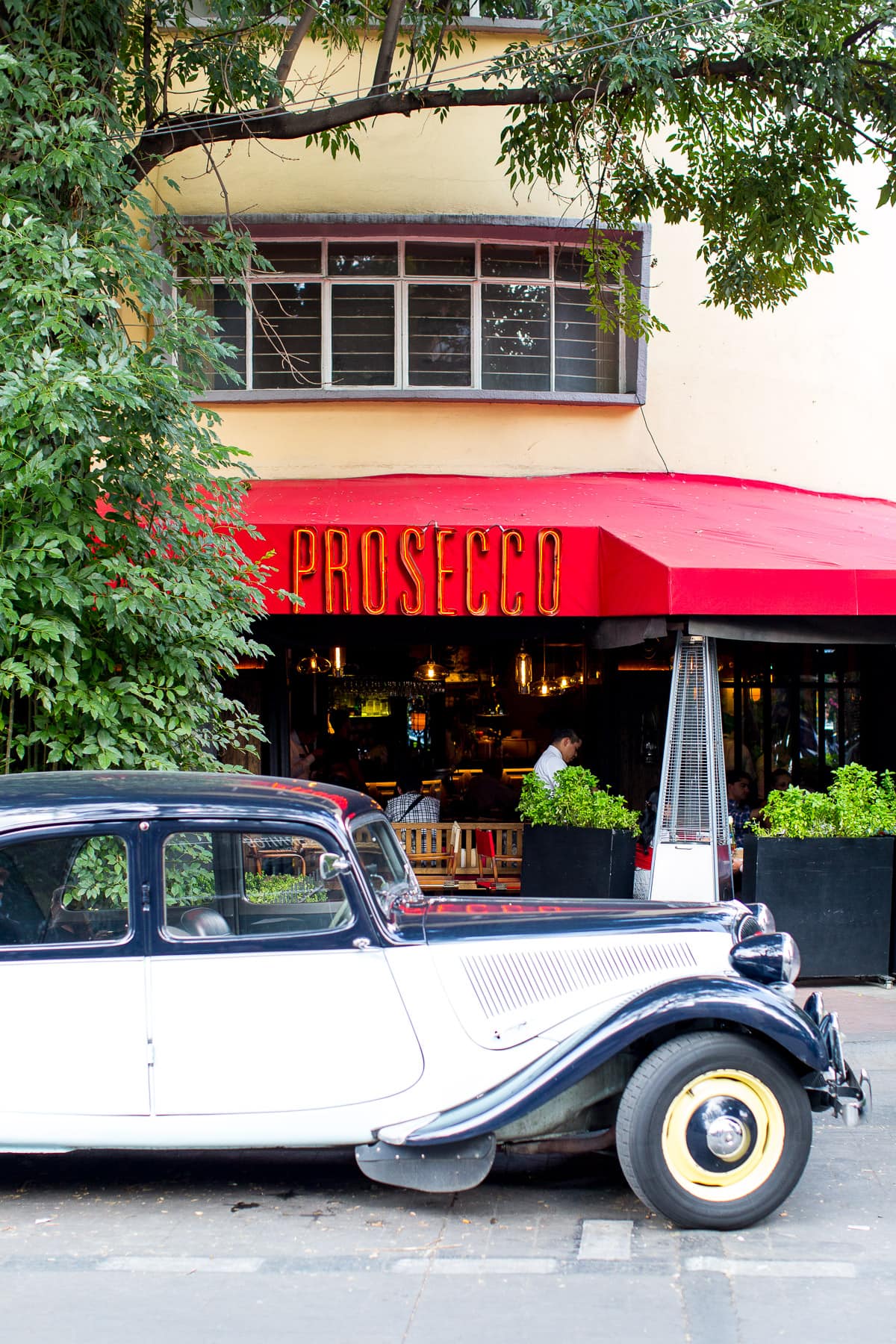 We’ll be sharing the second part of our Mexico City guide next week, so check back in! And thank you SO MUCH to all of our lovely friends that recommended places to visit to us!

17 thoughts on “Our Travels: Part 1 of Our Mexico City Guide in Polanco”