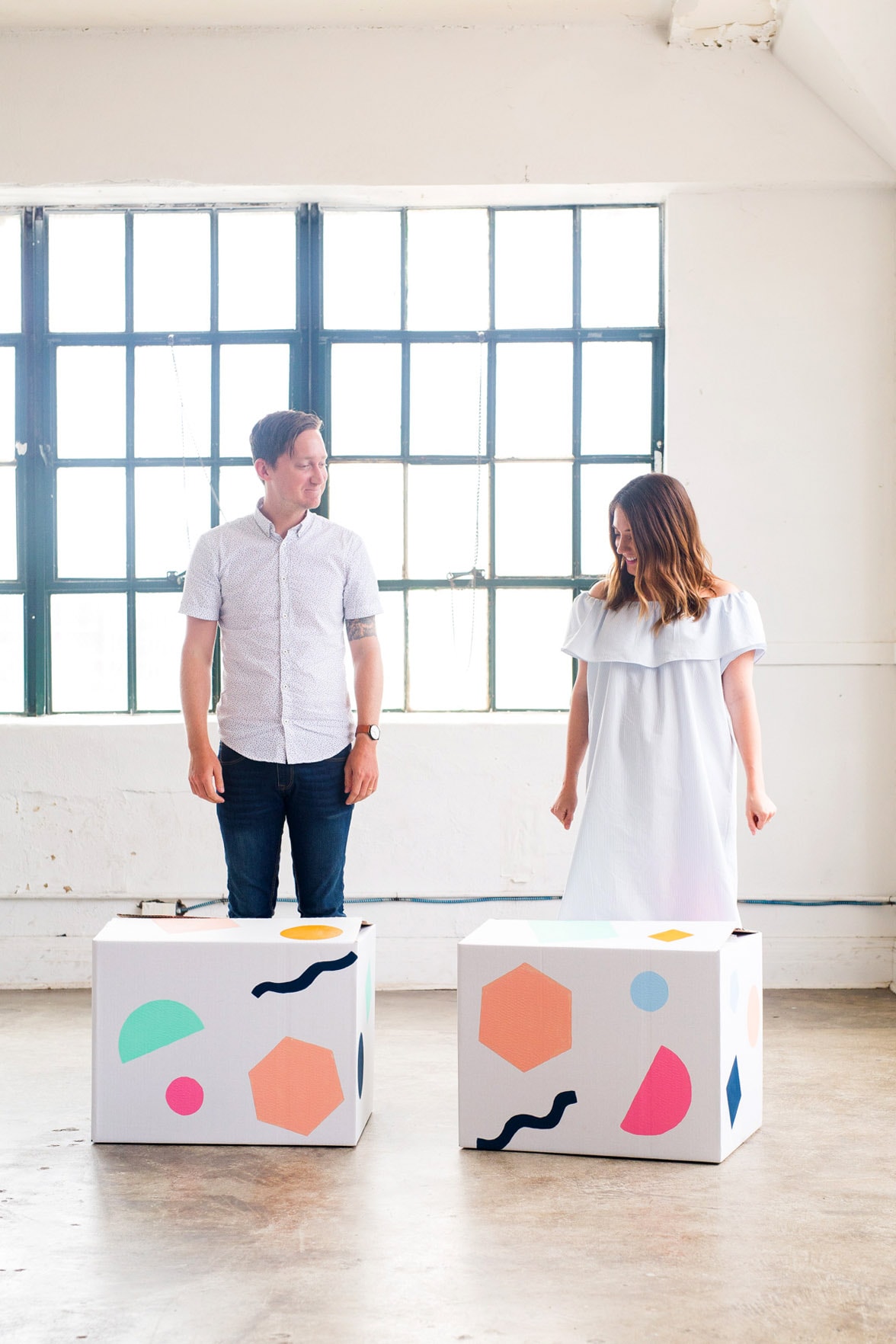 If you’re reading this post, you’ve probably realized that we gave up on trying to be one of the laid back, cool couples that waits to find out what they were having.

Clearly not those people, though we thought we could be for like a week, ha!

Instead, we’re actually those people that get the test done early, then holds the envelope up to the light 500 different ways to see if we can found out before our colorful gender reveal was even a thought.

In our defense, the ultrasound tech at my OB’s office made knowing allll too tempting by very proudly exclaiming that she thought she could already tell we were having a boy by my 12-week ultrasound.

She also went on to explain how she has a 98% accuracy rate, and blah, blah, blah. Hence my all blue outfit. 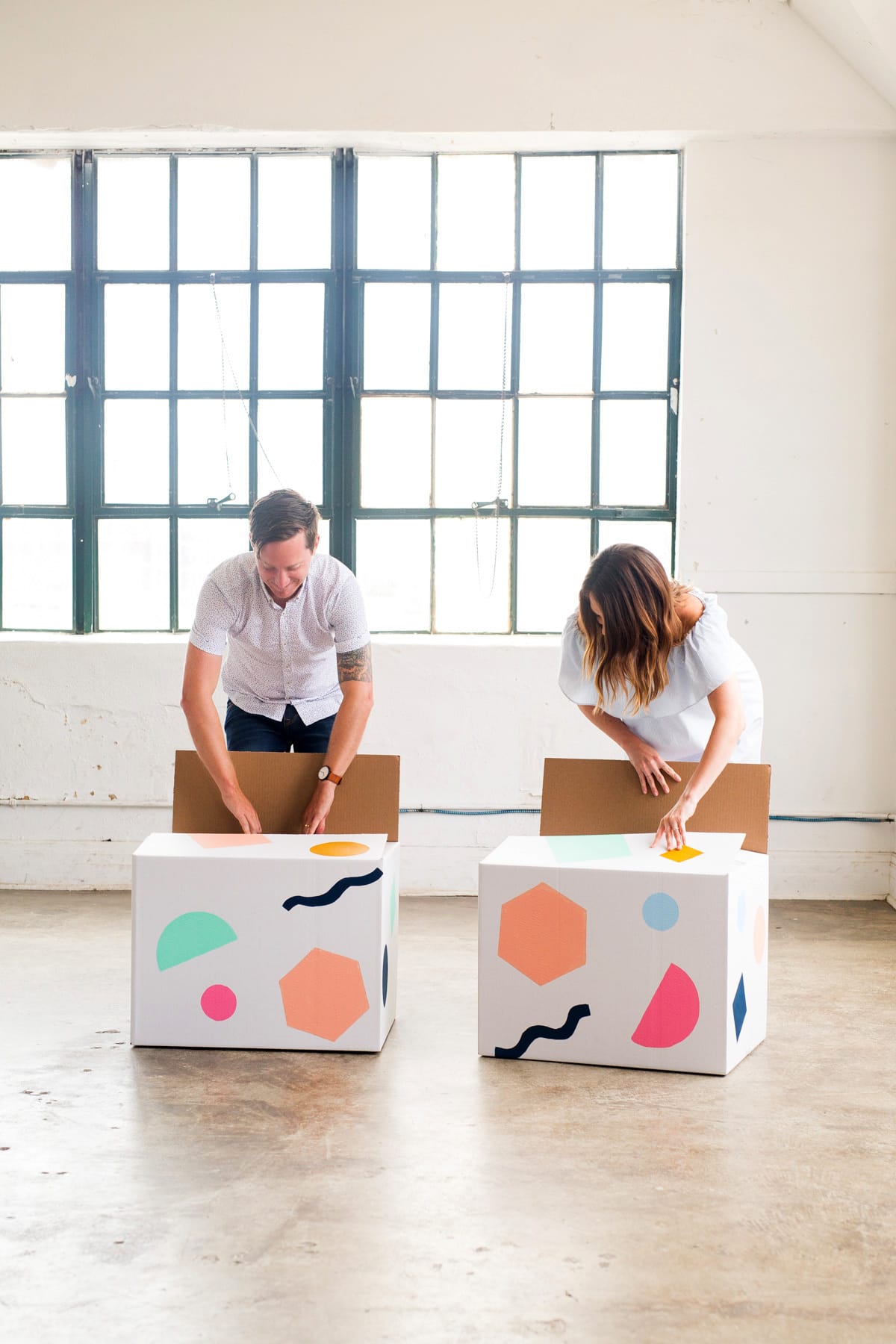 Regardless, we’re always down for a good photo opp. So after approximately 30 seconds of thinking, “we could possibly throw a full gender reveal party,” we landed on just having Ling Wang snap a few photos of us “finding out” with family and close friends instead (shout out to Davina and Becca for manning the balloon situation!).

Before we get too much further, let me also say that Jared REALLY wanted a girl first.

Though I would love to have a girl, I was fine with either one first. Now when the second baby comes along, the pressure will be ON!

I’m really hoping to get one of each in the first two rounds and then be done, ha! If only it always worked that way, right?… 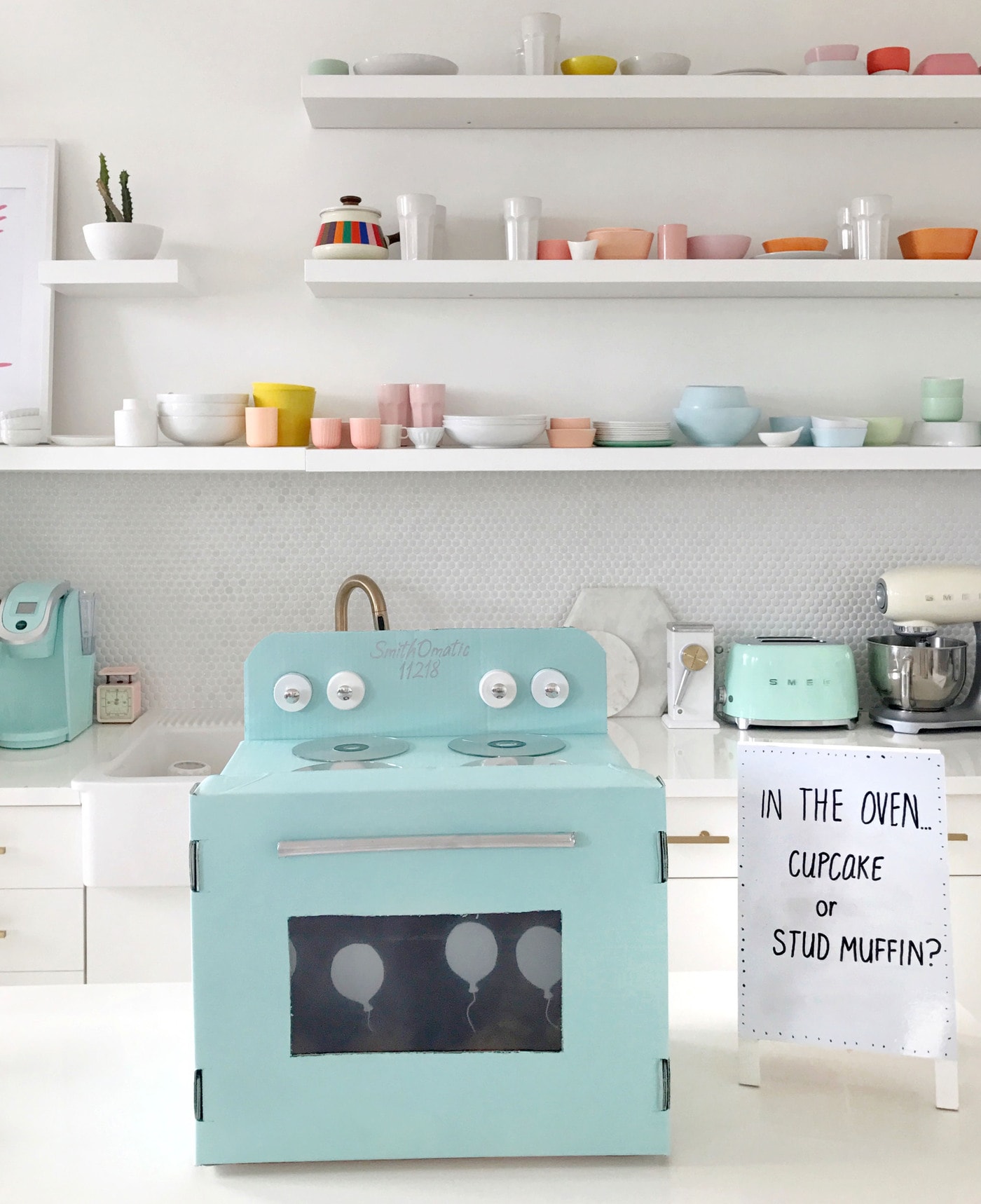 Jared’s Mom also made the CUTEST DIY mini retro oven with cupcakes and muffins inside for a fun guessing game beforehand. As you can see below, a boy was pretty much the consensus! 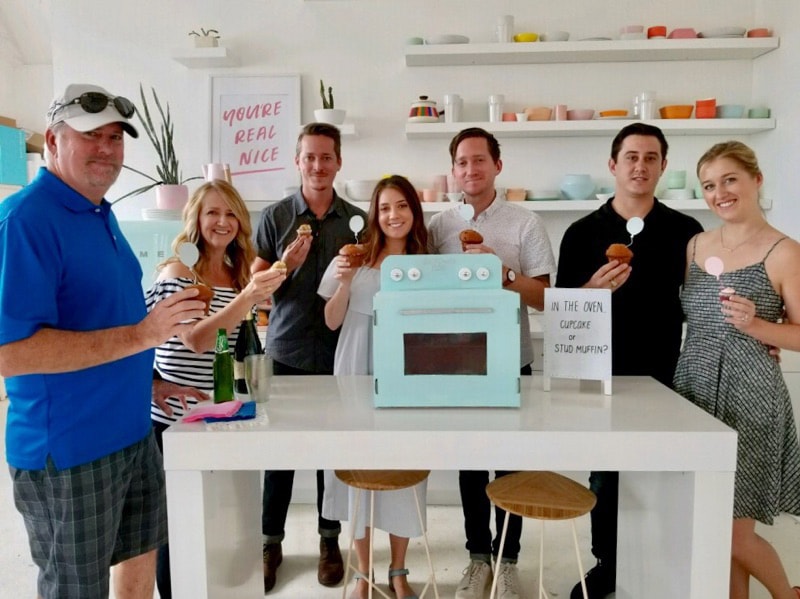 Now if you’re more into the action packed videos that are known as slightly awkward gender reveals, you can watch the iPhone video version of us finding out below. Otherwise, feel free to scroll through the photos to get to the good stuff…

In case you’re like my Dad, you may be asking yourself, “Are they having twins? What did I miss here?

Why are there two boxes?!”. In fact, twins would’ve been very cool, especially with Jared being a twin, but we are only expecting one little one!

We just both really like the excitement and both wanted to have a box to open. While most people do blue in one box, and pink in the other, I decided it would be more exciting if we both got the right balloon so that one of us didn’t get the bum box.

I’ve seen many an awkward gender reveals where all of the photos are of one parent looking like they’re trying to figure out what’s going on. 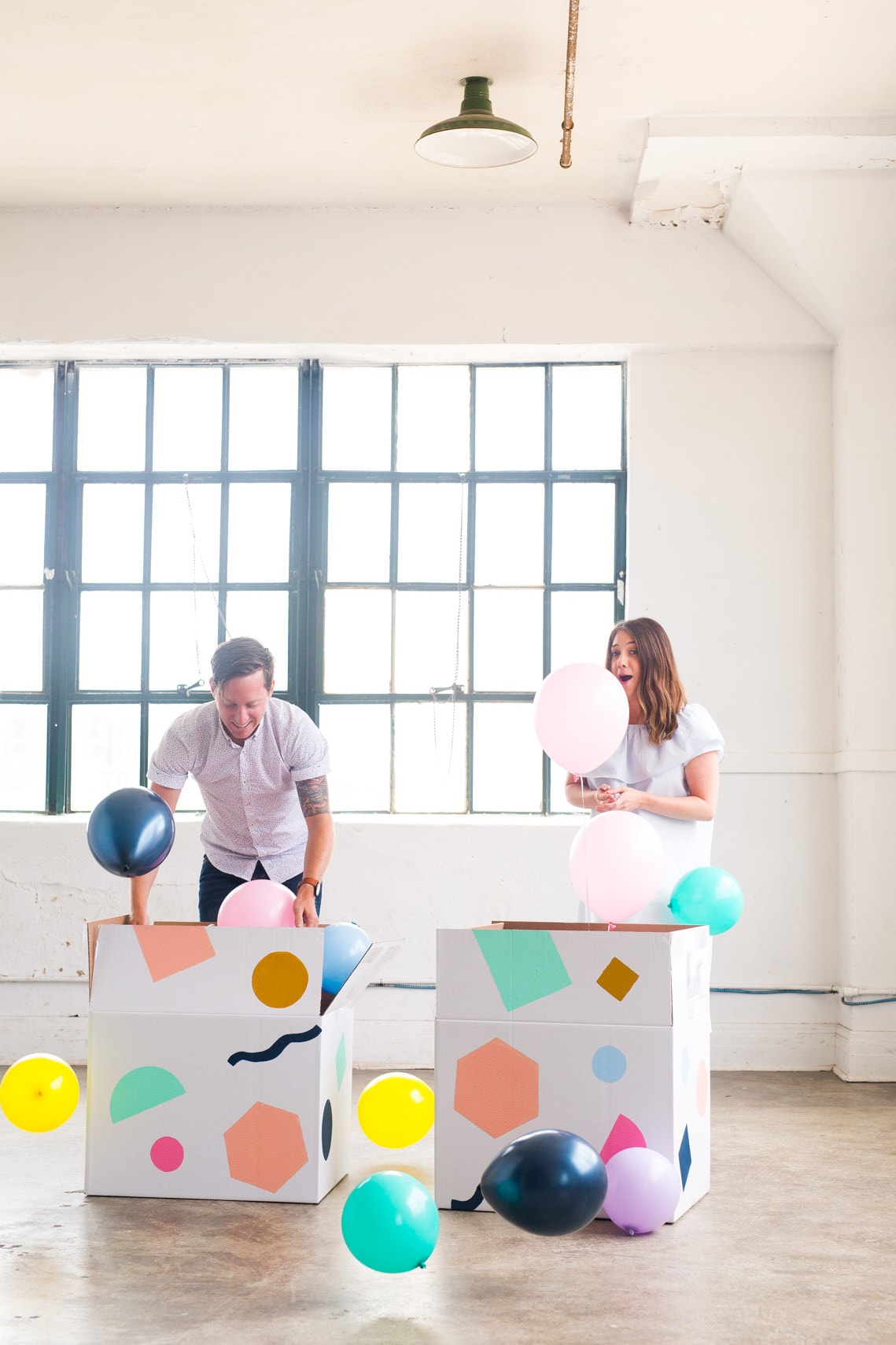 Now taking into account my all blue outfit again, I was insanely surprised to find out we are having a baby girl!!! Then I quickly proceeded to cry from shock and excitement.

I think Jared was basically the happiest man on earth in that exact moment, and I’m so happy to have the photos to keep as memories! 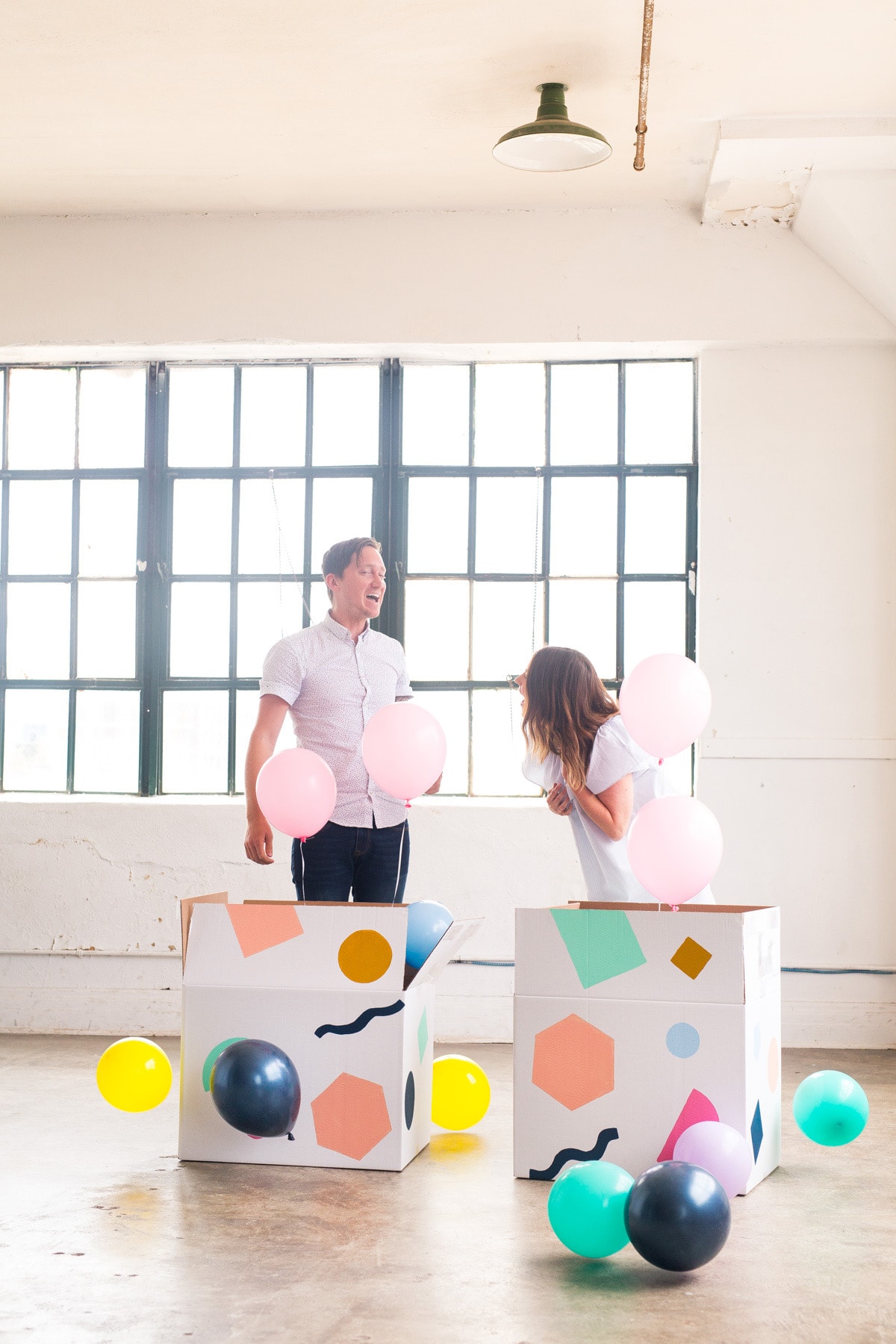 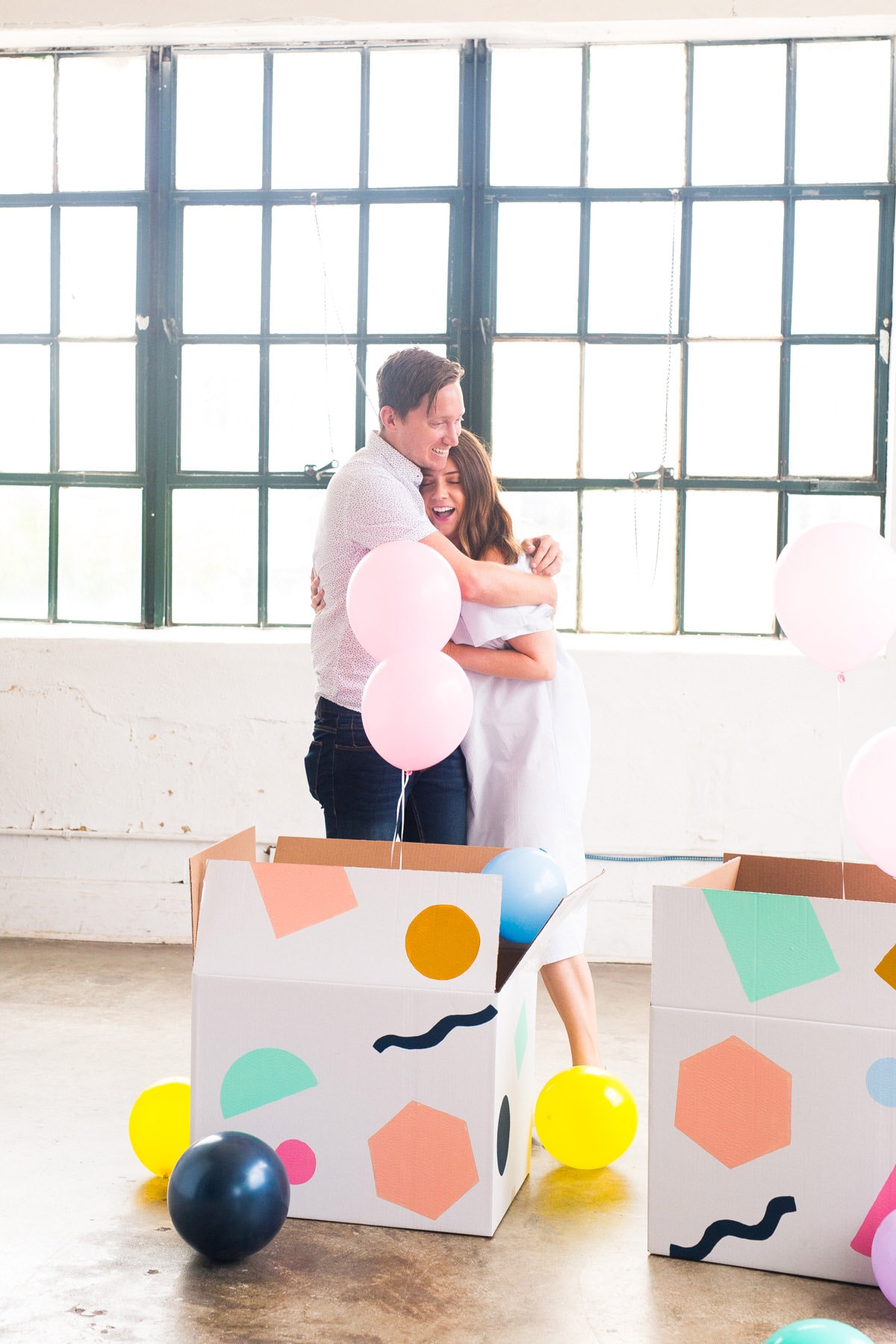 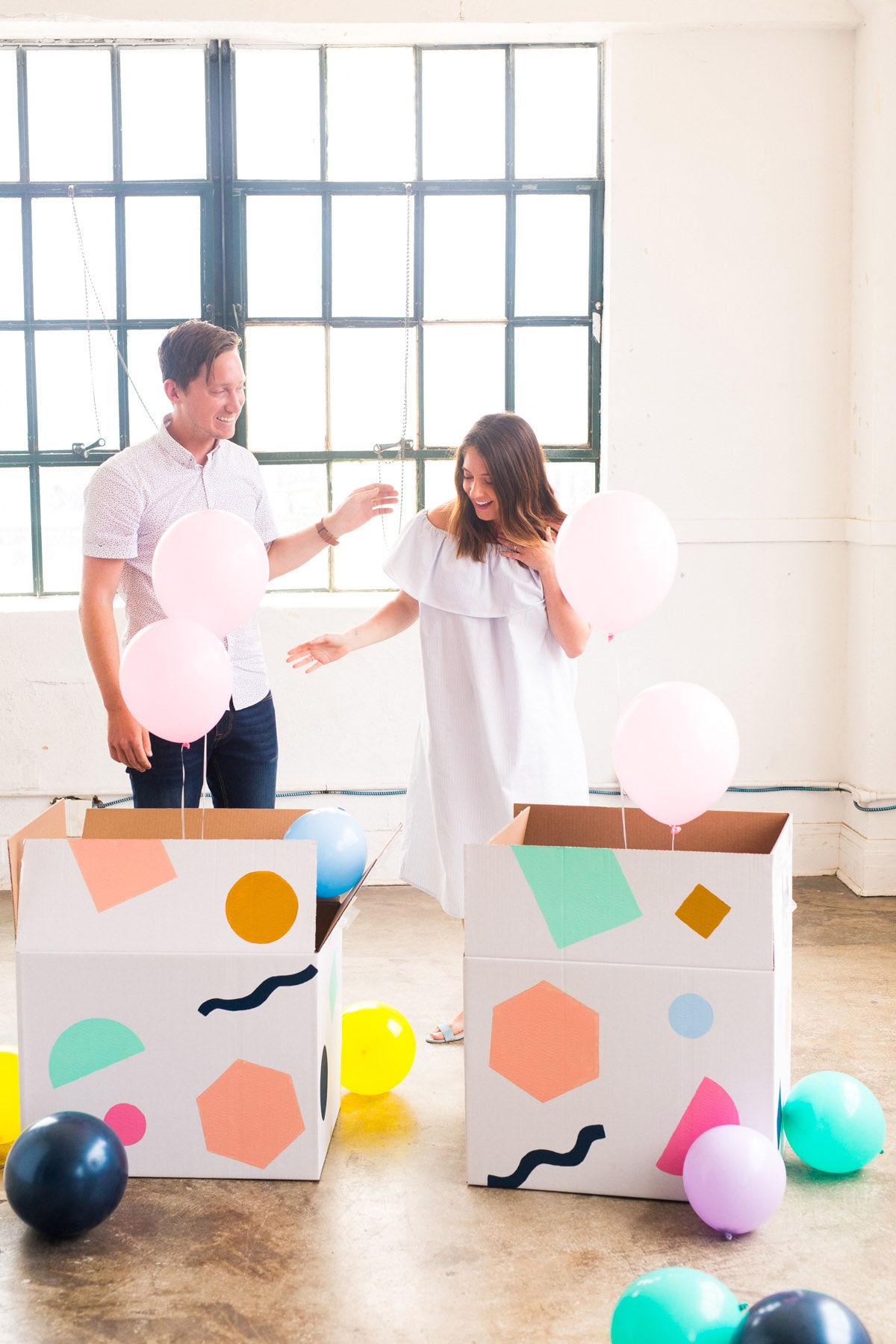 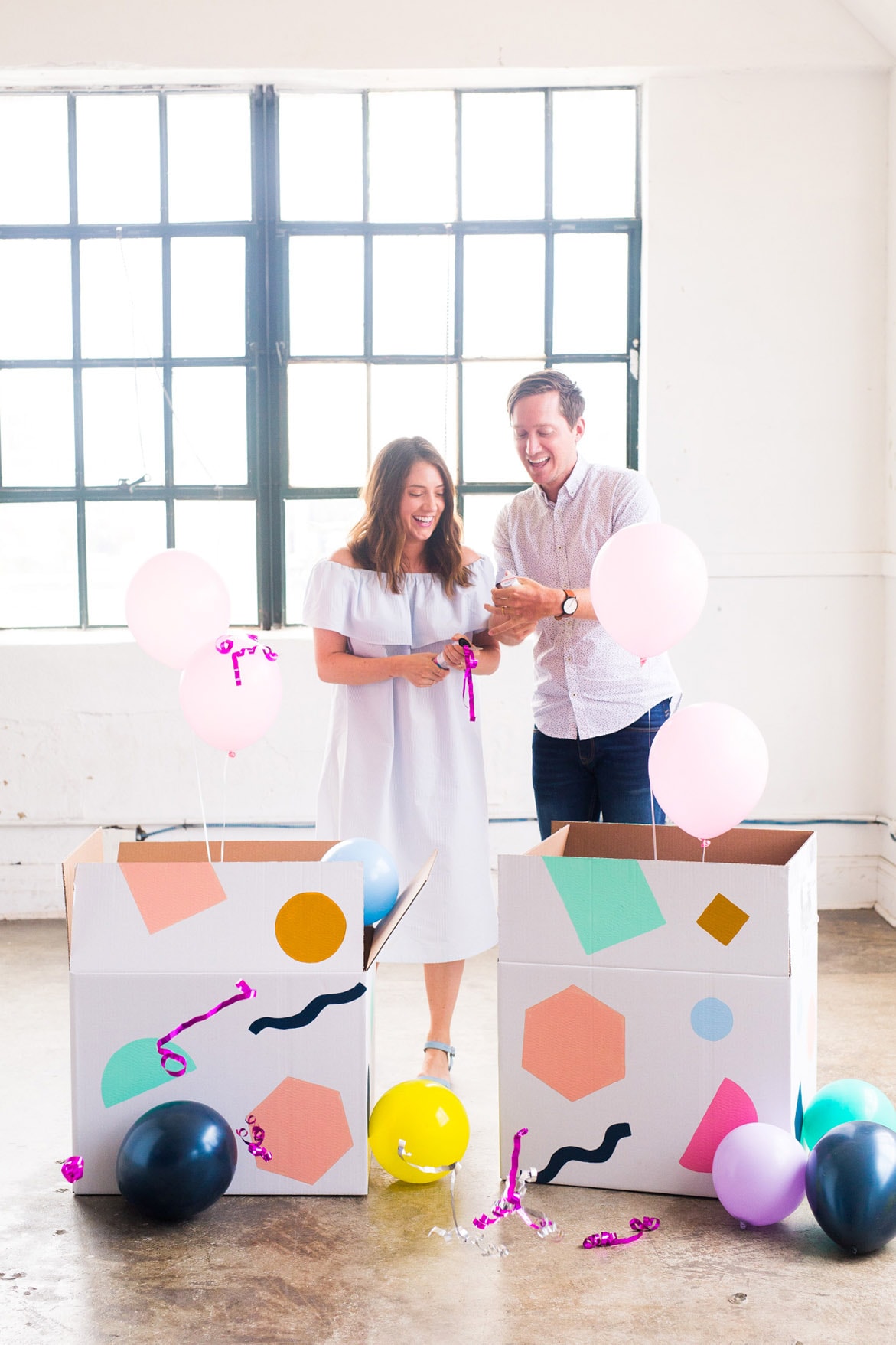 As for the DIY details: Tricia and I slaved over painting these massive shapes for a few hours because I’m a slight perfectionist. You have to admit though, they’re pretty fun!

We snagged the large white boxes from The Container Store, and used multicolor air filled balloons from the party store so that we wouldn’t know which color of the helium balloons were taped inside the box right away.

I love the way it all turned out! Minus almost giving my Dad a heartache thinking we were having twins, haha!

So there you have it, a baby girl! Bring on all of the crisscross back rompers and dresses. I not-so-secretly hope she has really chunky legs (after birth, mind you) for making bloomers even cuter.

Next up, deciding on names! How long did it take you to decide on your baby names? Did you keep it a secret or tell anyone first?!