A Strawberry Lemonade Poptail recipe to ring in summer and a recap of the new Sugar & Cloth studio reveal party in style! 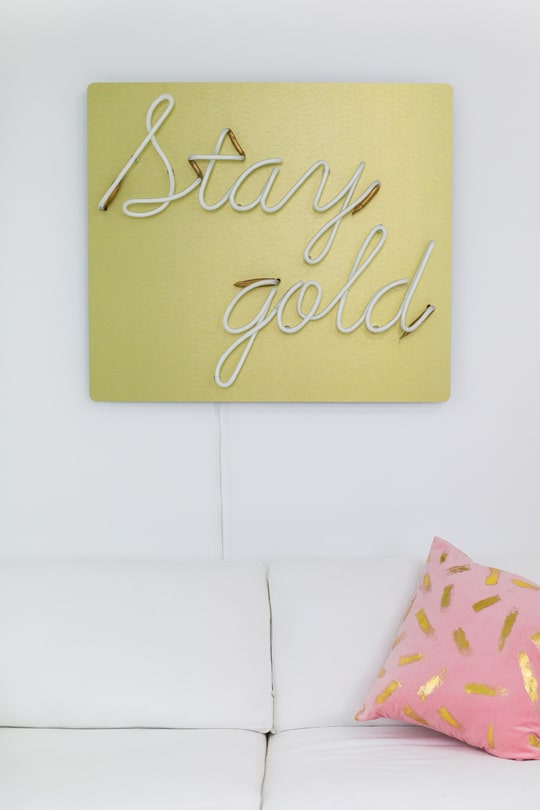 The studio launch party has officially come and gone. But it was one heck of a good time!

We wanted to do something this time around that would let us celebrate with lots of people (as opposed to the five hour nap/coma that I took after getting the last studio in gear).

We’re not quite ready to share the full reveal with you on the new studio. But we’re almost there!

For now, I will keep you entertained with a poptail recipe, favor bags, photo ops, and macaron ice cram sandwiches… oh, and a giveaway! 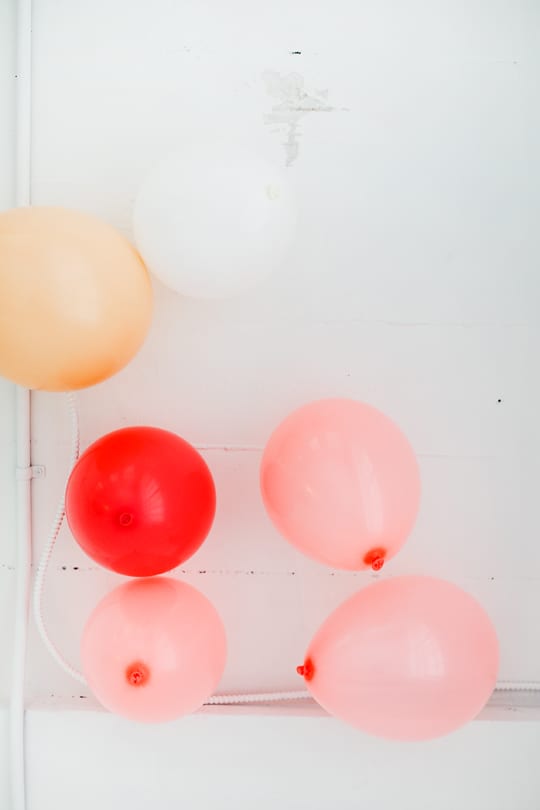 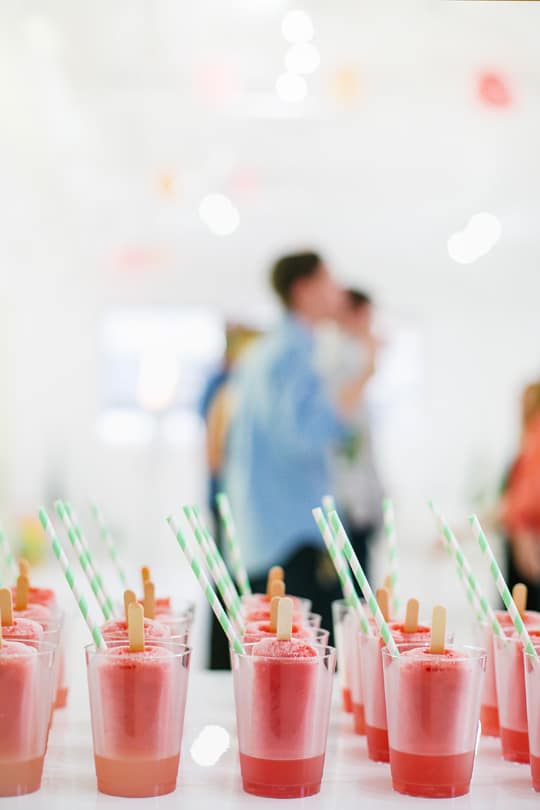 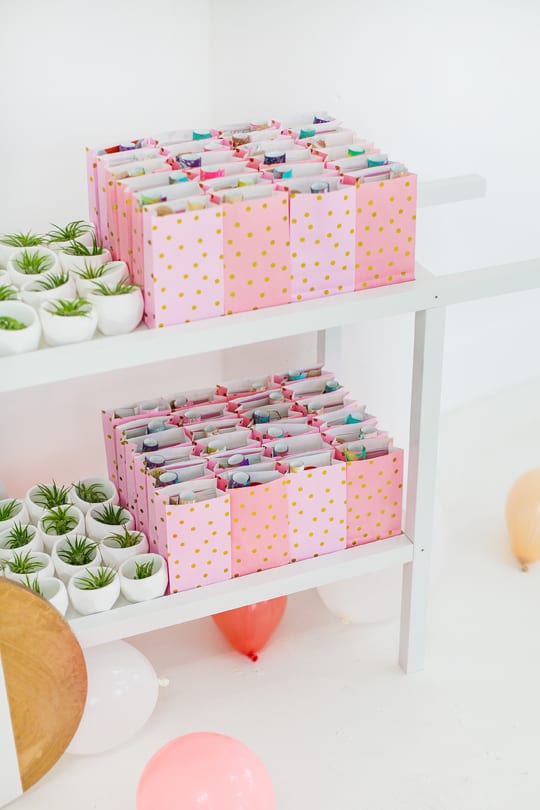 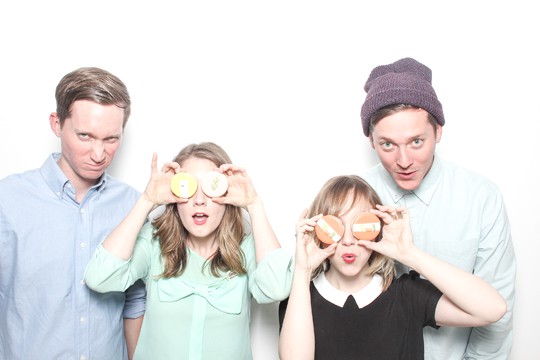 My good pal Cara tried teaching me the “shocked doe” look… or something like that.

Either way, I’d have been more than happy to have here Nancy, Caitlin or Aelish teach me just about anything in exchange for their extra help getting everything prettied up the day of. 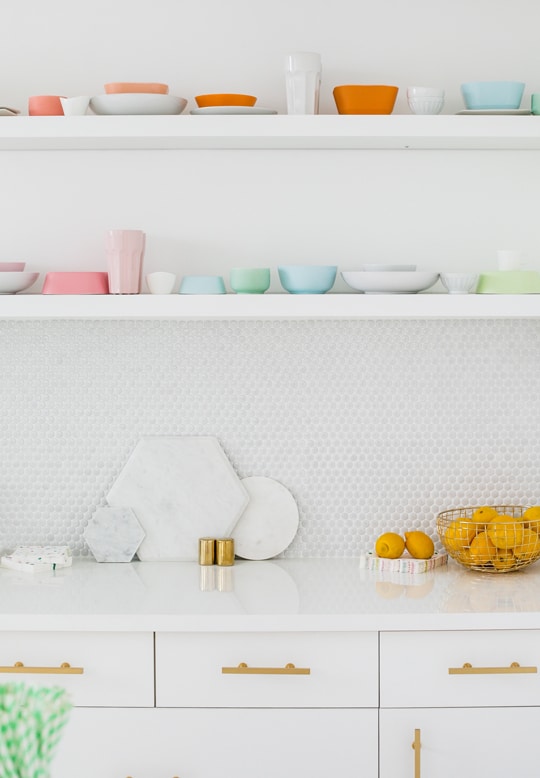 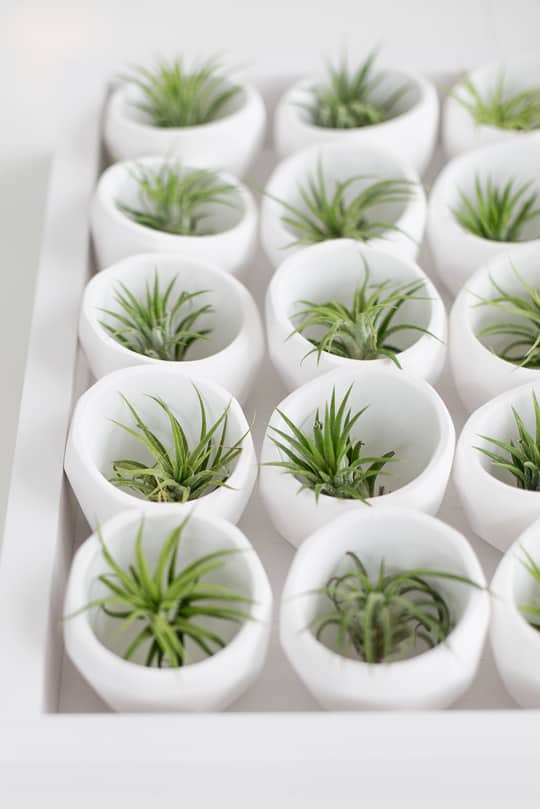 Boozy Ice Pops | What Is A Poptail?

Of course, it wouldn’t have been fitting to have a studio full of air plants, succulents, and cacti without a cool drink too. So we made poptails with local brand, GoodPop.

What is a poptail? It’s a popsicle combined with a cocktail or basically, an alcoholic adult popsicle! 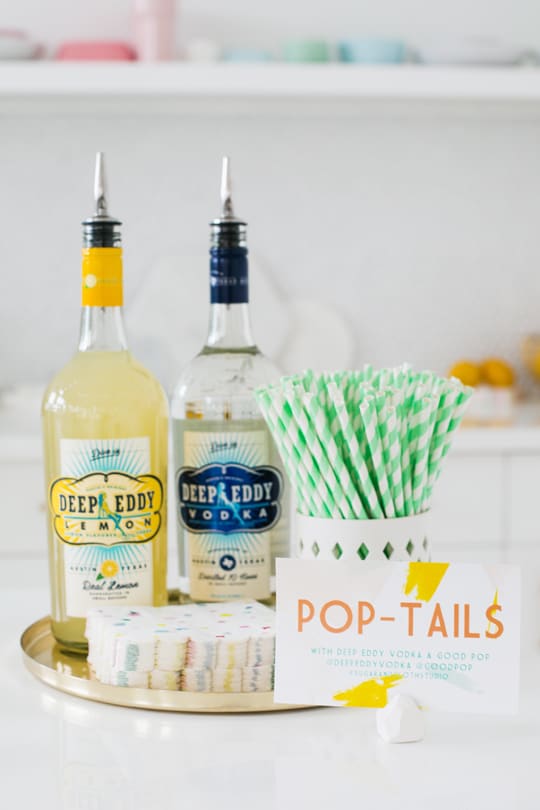 Ingredients Needed To Make A Poptail 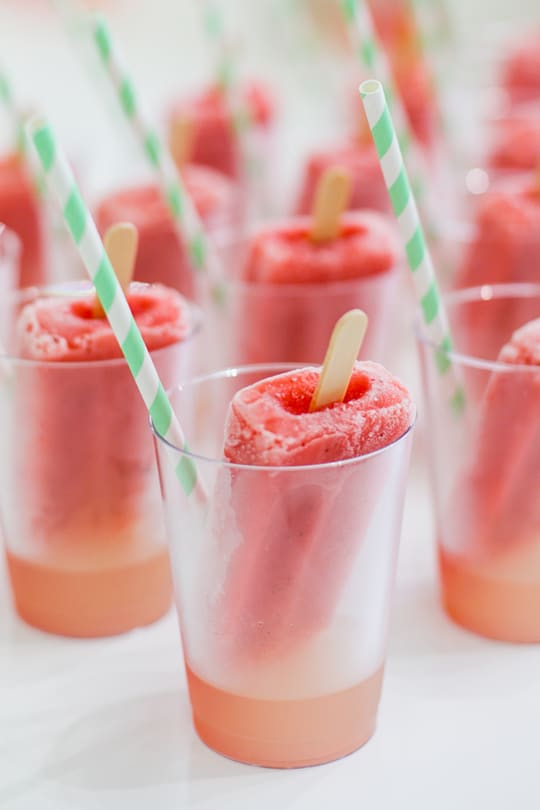 How To Make A Poptail

All you have to do is pour the vodka (or your choice of liquor) into a cup and add a popsicle. As it melts, it creates its own flavored mixer and ice cube in one.

Plus they stay cold a lot longer than ice cubes and don’t need tended to nearly as much! 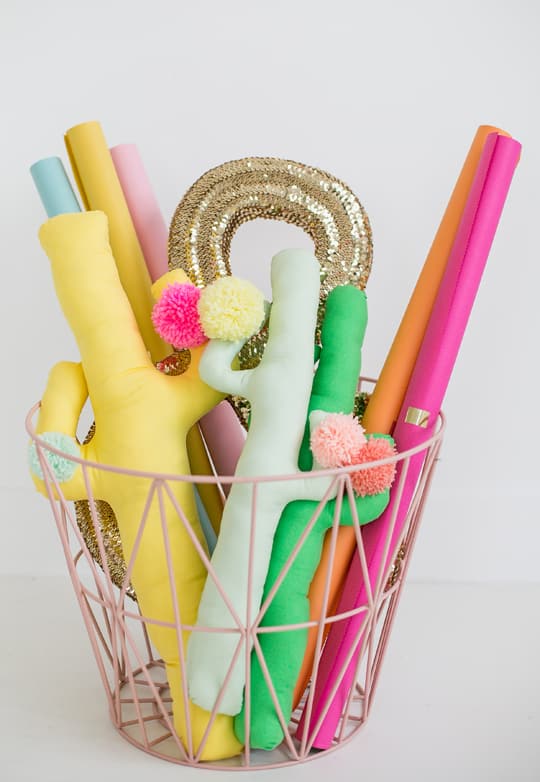 We kept to the cacti theme with pillow cactus props for the Smilebooth photos, and extra pops of color with gift wrap rolls from Paper Source. 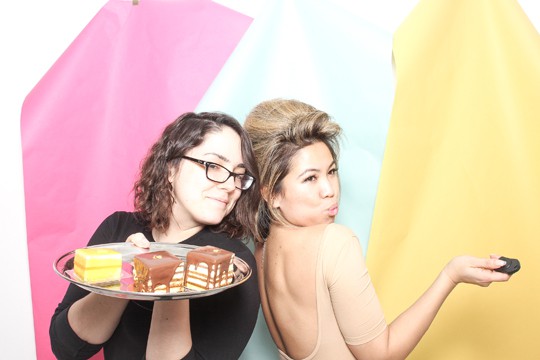 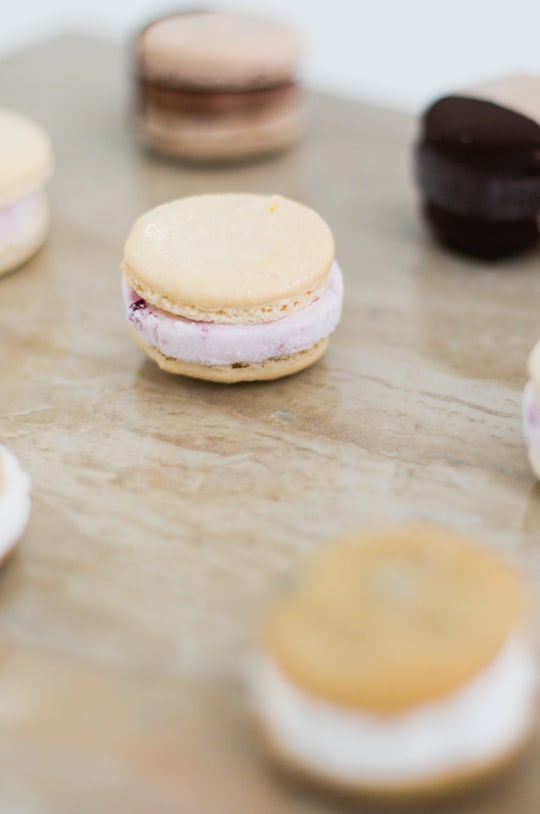 It wouldn’t be Sugar & Cloth if there were no macarons involved! So we had macaron ice cream sandwiches from Ricca Co.

They’re the equivalent to my own version of a drug addiction. It’s bad, but so good at the same time.

They actually have cute, retro coolers that they bring their macarons in to serve on the go!

Our studio is also above a cafe and bakery called Tout Suite (as I’ve mentioned in my many caffeine high Instagrams before).

It’s my own daytime version of Cheers, but much happier and always full of people. And I’m literally there almost everyday.

They made mini mango passion cake, tiramisu, salad, and teeny tiny little bite sized burgers. Basically, they just mini-sized everything, which made me love it twenty times more, obviously.

We would’ve had pictures of the burgers if they didn’t literally fly off of the servers trays the second they walked through the door.

We also got custom cookies made from Nutmeg Cookies that matched parts of the token studio decor. And I still love them! 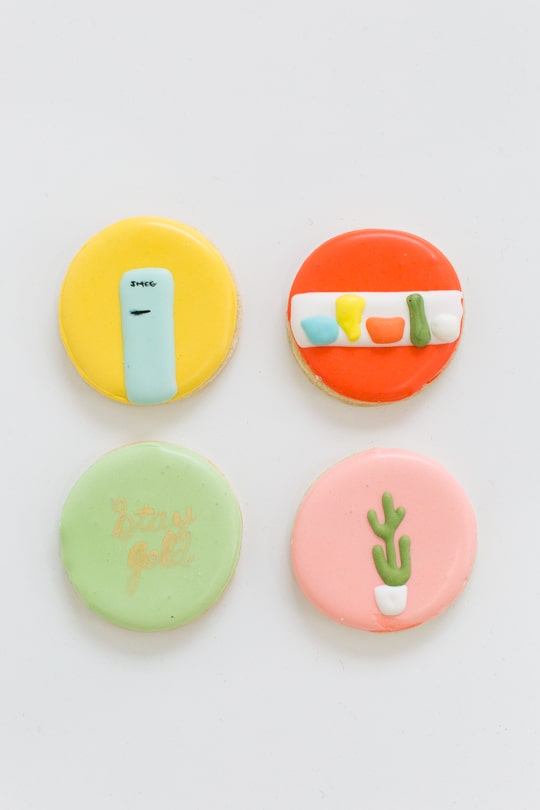 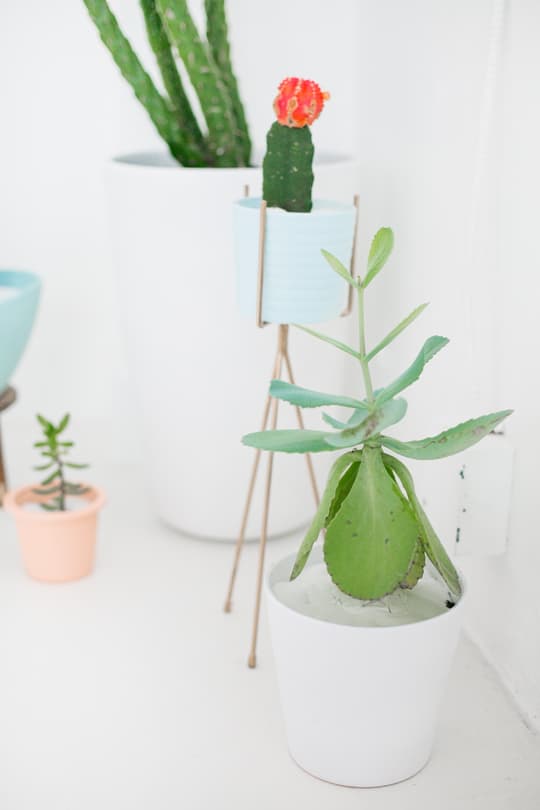 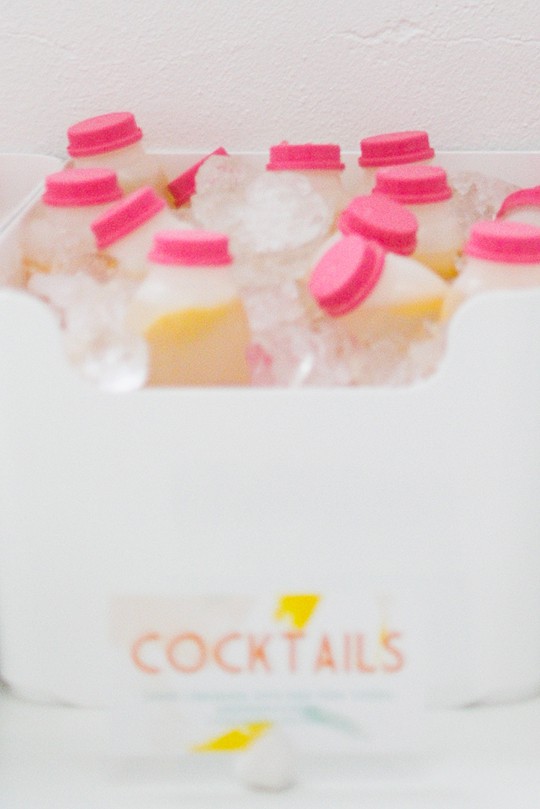 Since guys often refuse the idea of walking around with striped straws and popsicles, we got mini bottles (also called Sippy McSippersons, how awesome is that?!) from Shop Sweet Lulu (also where our colorful balloons were from) and mixed pre-made lemonade cocktails along with Saint Arnold’s beer. 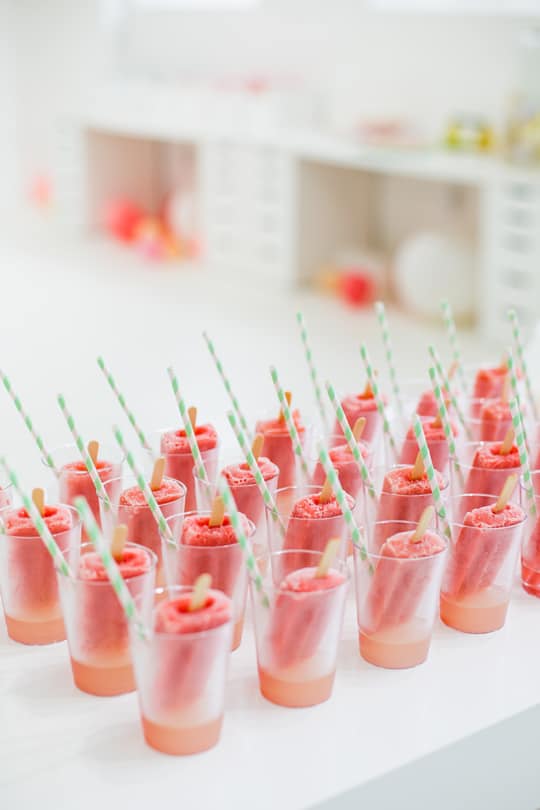 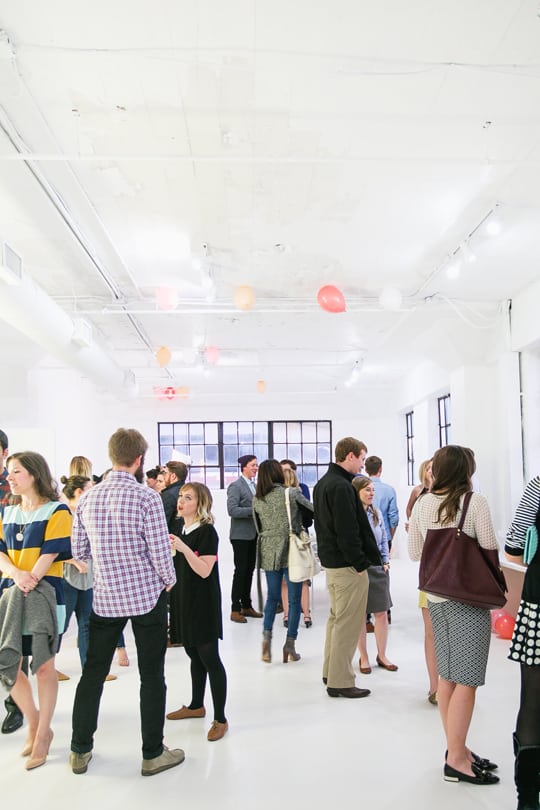 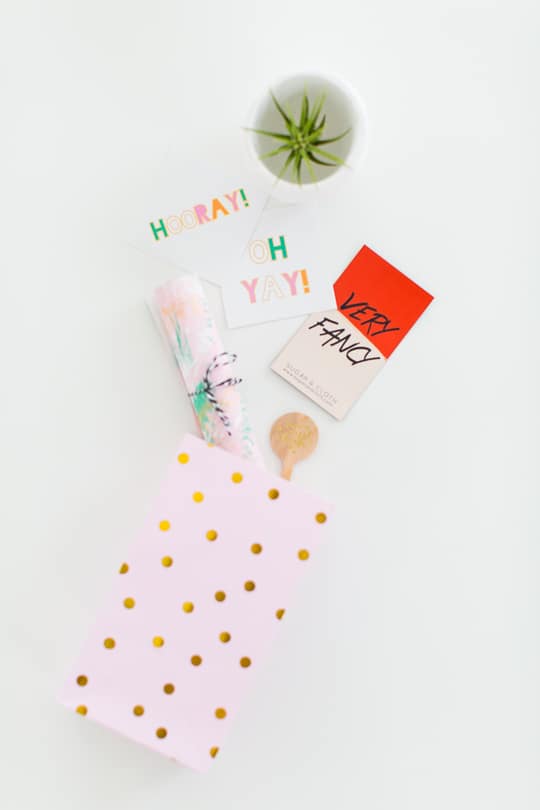 Everyone left with a polka dot favor bag from Poppies for Grace (looove those ladies!) filled with:

Speaking of taking things home, we’ll be giving away a whole popsicle extravaganza with GoodPops later today on Instagram.

You can have your own poptails or popsicle party so don’t miss it!

In the meantime, you can also check out all of the photo booth photos right here. 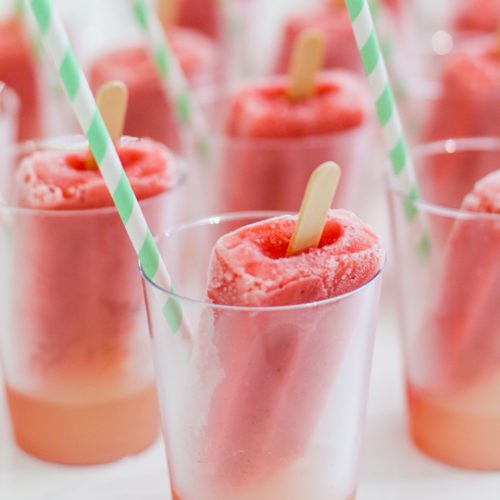 Print Recipe
5 from 1 vote
The easiest recipe to make a poptail aka a popsicle combined with a cocktail!
Total Time5 mins
Course Desserts
Cuisine cocktail