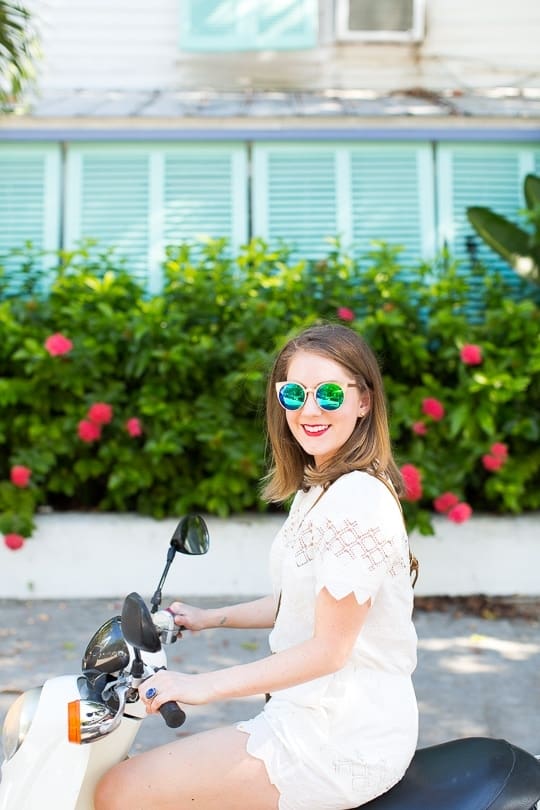 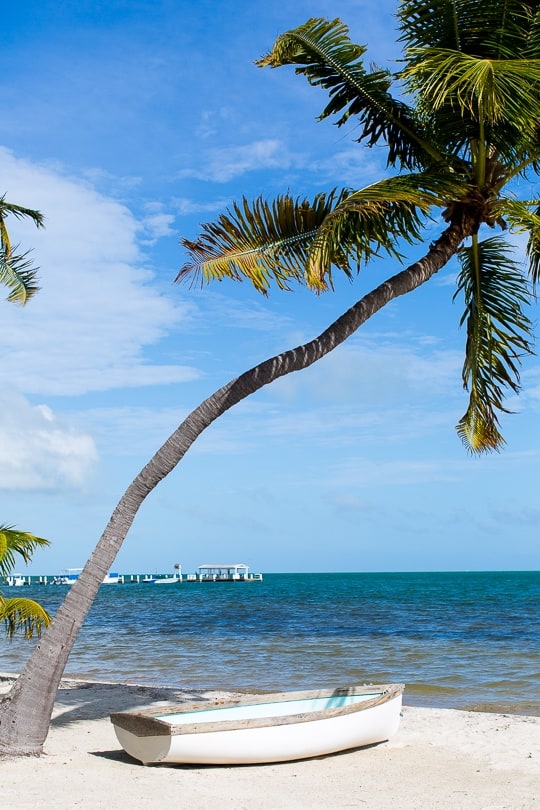 I couldn’t let the year slip by without sharing the details from the second half of our favorite trip this year: a Miami and Key West travel guide! We spent the first week before Halloween in The Exumas, then flew back to Miami for a few nights before heading down to The Keys for the first time.

We visited Miami for the first time last year, but we mixed it up a bit by staying on Ocean Drive instead of the far North End. It proved to be an excellent people watching area during Halloween too, ha! Brittni and Jeff also met up with us in Miami so we could explore a little bit a Florida together!

Before we get started, I decided not to break down our travel guide into the usual Instagrammable guide we’ve been doing because, well, everything is a good photo-op! Seriously. That and I feel like there were so many things we still wanted to that we couldn’t squeeze into the timeframe (this site alone will make your wishlist list super long!) , that I thought it would be better to share our experience plus a few of the places we were hoping to add to it… 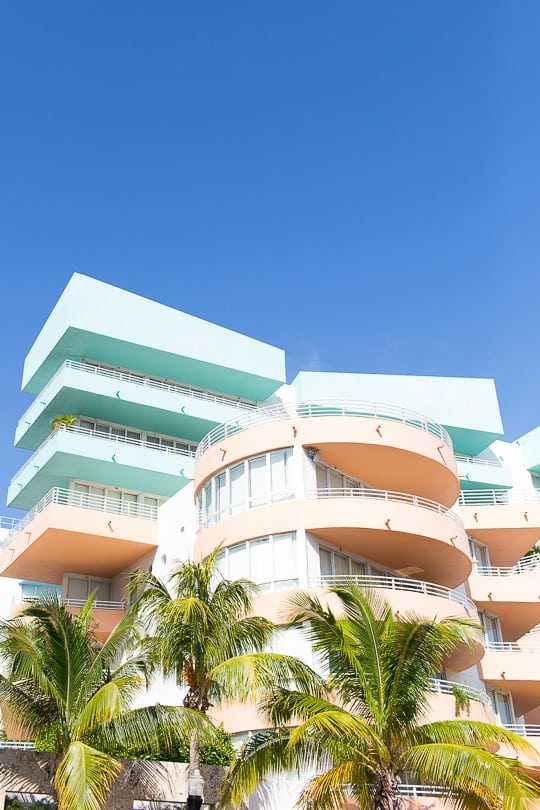 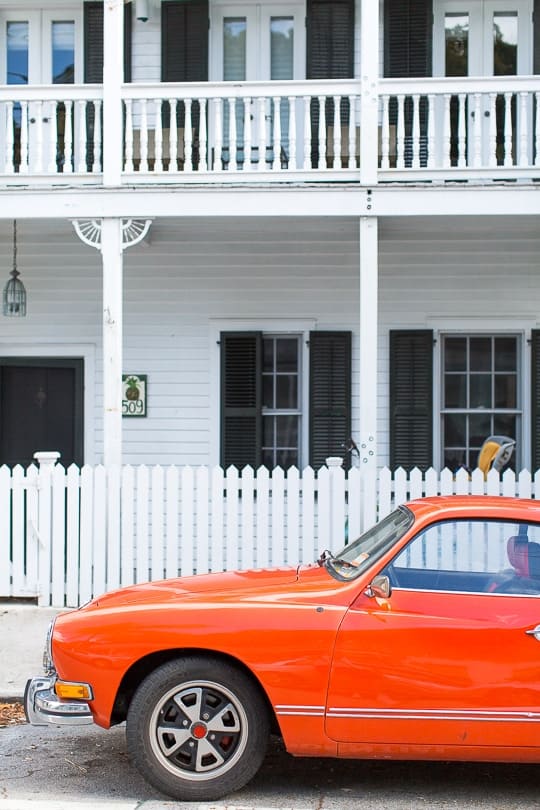 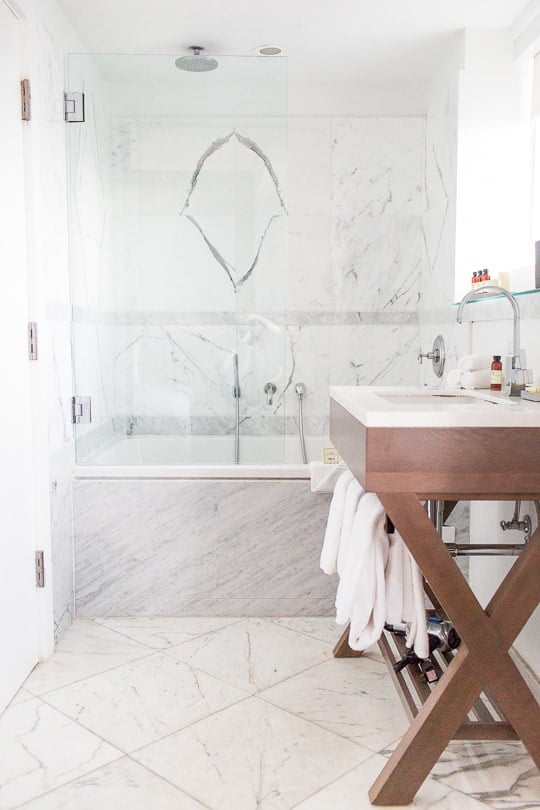 This time around we stayed at Hotel Victor right on the main strip, and I wanted to personally pack up the bathroom and take it home with me. It was a perfect location for parking at the hotel and then walking or taking an Uber to and from the rest of South Beach.

I told myself that the amount of walking we did would counteract having a late lunch at Sugar Factory (which is the onsite restaurant for Hotel Victor). It had the CRAZIEST menu I’ve probably ever seen, and everything came out to the table looking like Willy Wonka himself prepared it, and it was hilariously awesome as you can tell. 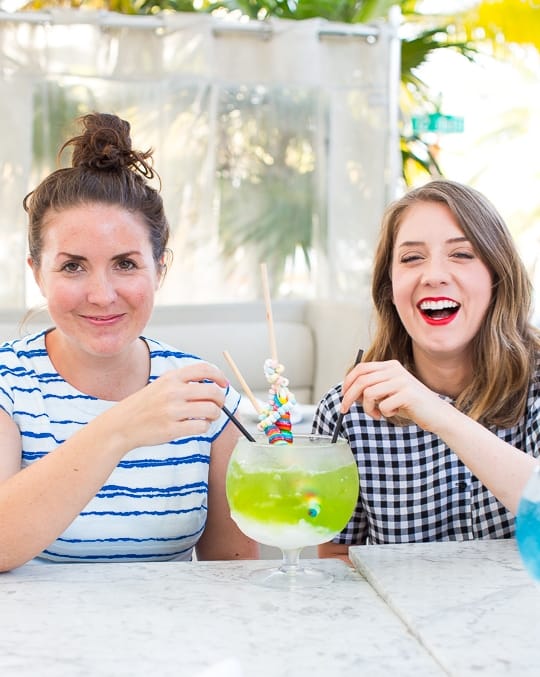 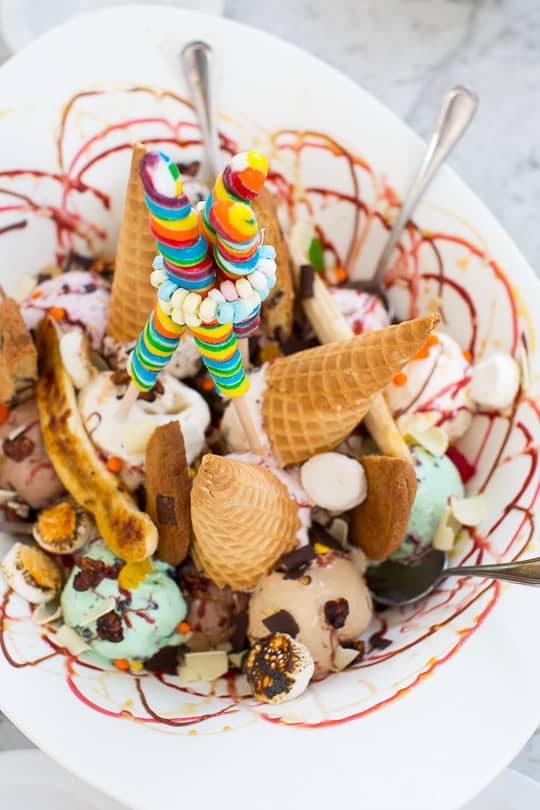 This is what 24 scoops of ice cream, waffle cones, and every kind of topping you can think of looks like. It also came served with giant sparklers, so there’s always that.

We basically spent most of our time hopping from place to place eating with a few photo-ops in between, which is what we basically end up doing everywhere we go. A few of our new favorites were:

Favorite New To Us Places to Eat in Miami 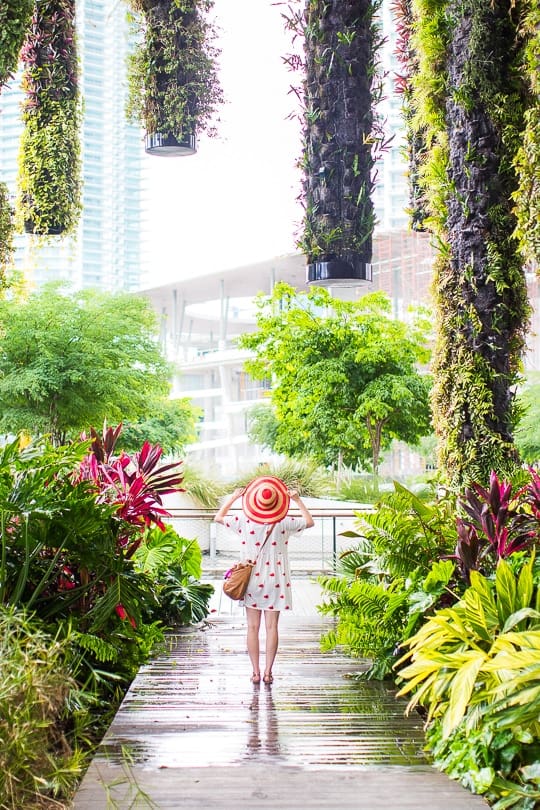 Of course we had to hit up Wynwood Walls and the arts district again, but we also added Perez Art Museum to the list, and it was AWESOME. We would definitely recommend it if you have time! These living wall hangings were so stunning. 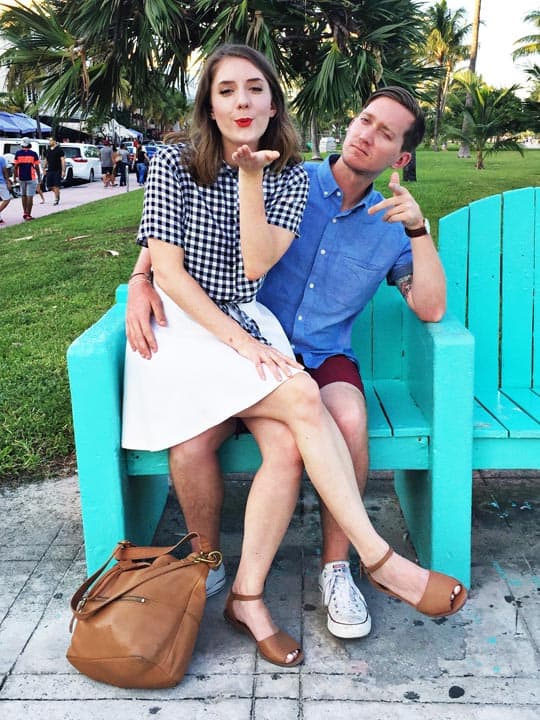 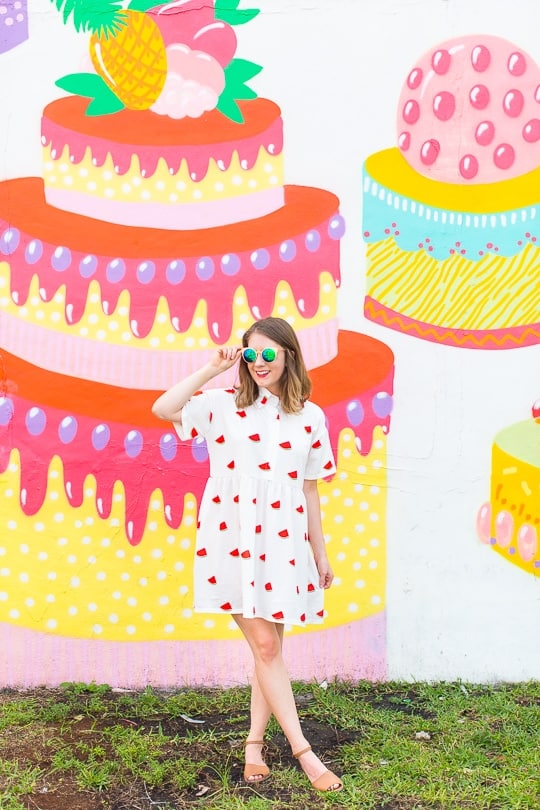 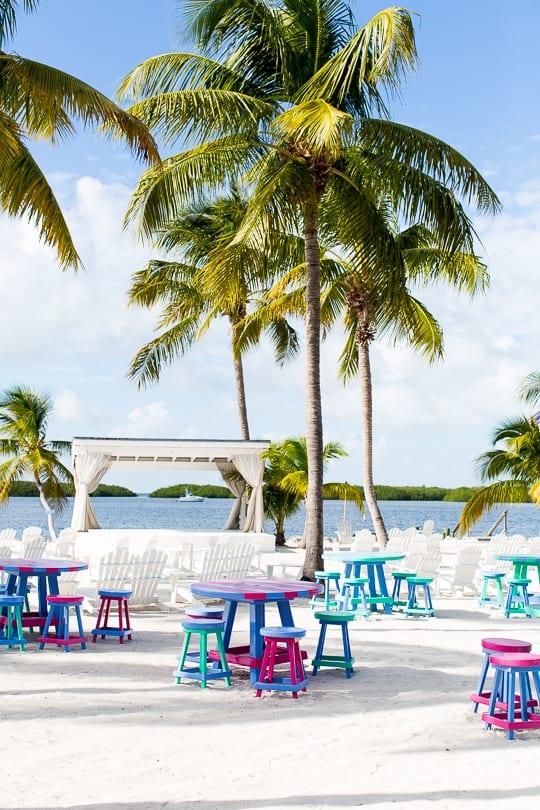 After three nights in Miami, we headed down The Keys, making a few stops for photos along the way. We actually ended up spending more time exploring the other Keys on the way back from Key West because we were a bit too excited to get there, plus it was at the very end of Fantasy Fest on the Sunday we drove down and there were TONS of people.

Jared and I are a little obsessed with Bloodline, so we had no choice but to stalk all of the places from the filming. Our favorite to see was The Mooring House, and even if you’re not a huge fan of the series, it’s still a great way to see some of the other Keys.

Isla Morada was hands down the coolest Key outside of Key West, and honestly, I we both wished we would have stayed a night or two there in addition. The beaches are stunning and it’s definitely a very relaxing, quiet environment compared to the bustle of Key West. It still has plenty to do, we had to try out the key lime pie from Morada Beach Cafe.

We also stopped at Anne’s Beach along the trip down and back. If you missed the turning point to park it’s tricky to get back to, so keep an eye out for it! There’s a really cool walkway that runs along the beach, but if you’re not planning to fish or swim, it will definitely be a quick stop. 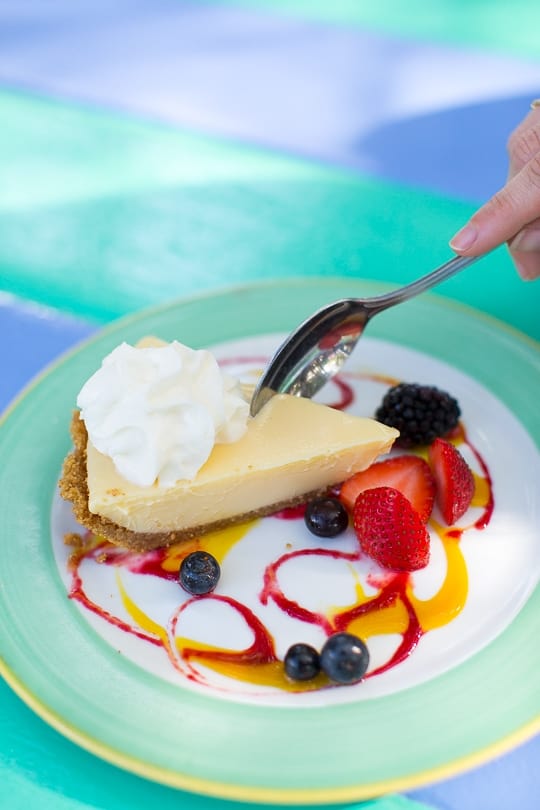 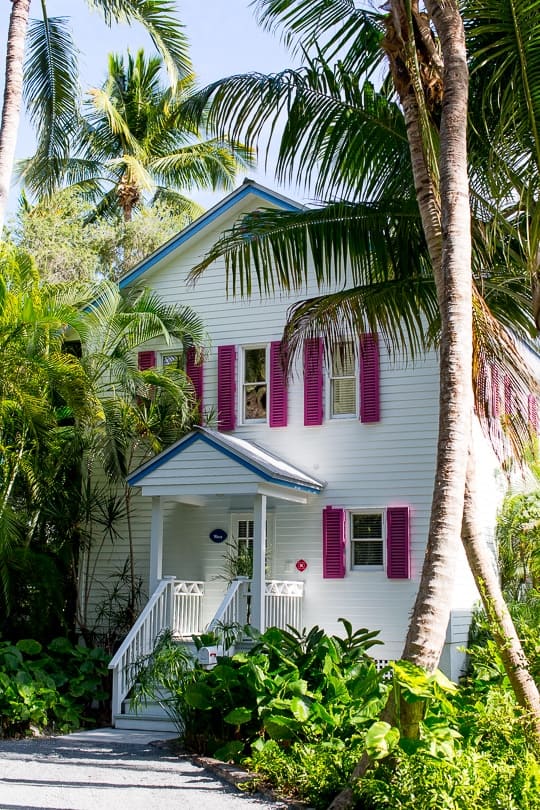 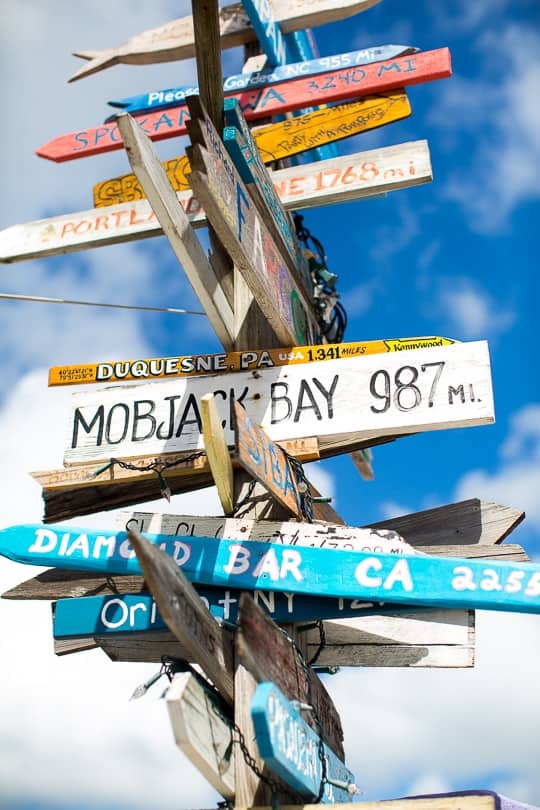 Once we made it to Key West, we checked into The Gates Hotel. It’s SUPER cute, and you know I love a modern beach vibe! It was definitely our style, but fair warning that it’s a small trek away from Duval street and the local spots. That said, it’s a perfect quiet spot, with an onsite craft cocktail bar and a food truck that will blow your mind with the homemade nachos and banana bread french toast, for real. We had the food truck for breakfast every morning!

Blackfin Bistro (the lobster salad was SO GOOD)

The Pineapple drink stand on Duval (across from Blackfin)

The Porch  (cute drink spot with a romantic vibe)

Garbo’s Grill (food truck right across from The Porch) 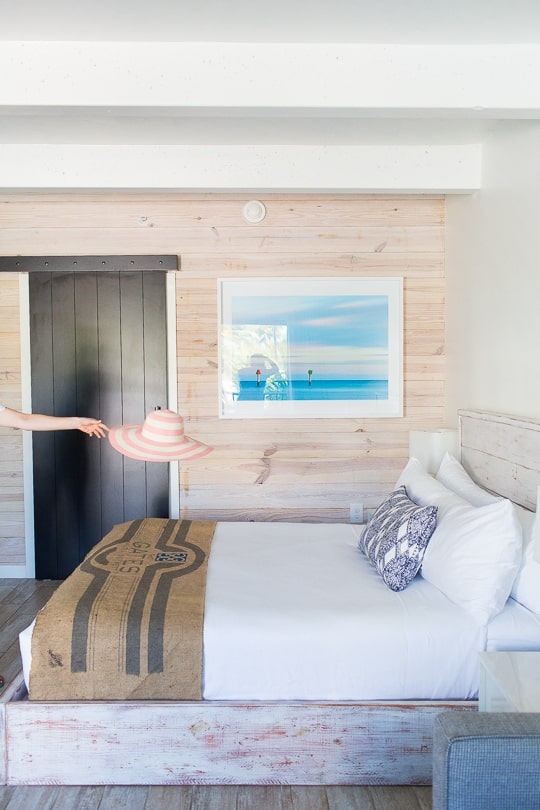 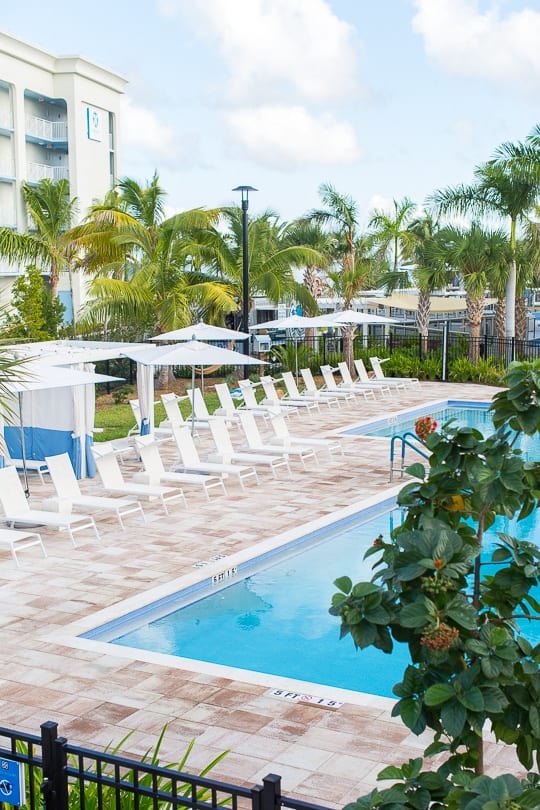 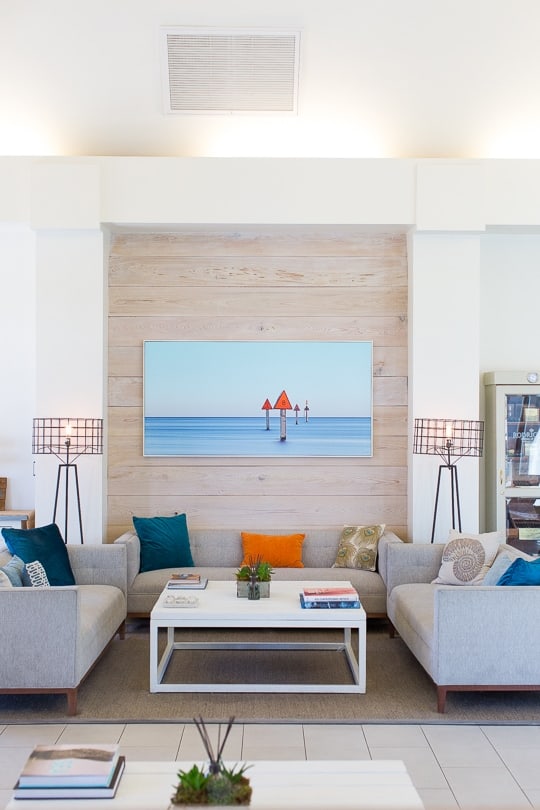 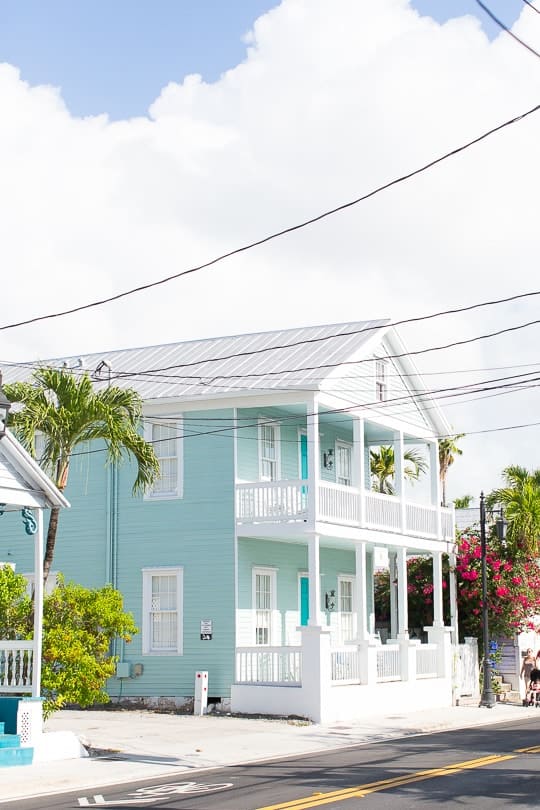 Since we had a rental car we used that to get to and from on the island most of the time, but we also rented scooters which ended up being a blast once I got past being terrified of driving one for the first time in 40mph traffic, ha!

Aside from exploring the historic parts of Key West and wanting to take photos of every bright colored house within ten feet, we did a few excursions that totally made the trip! 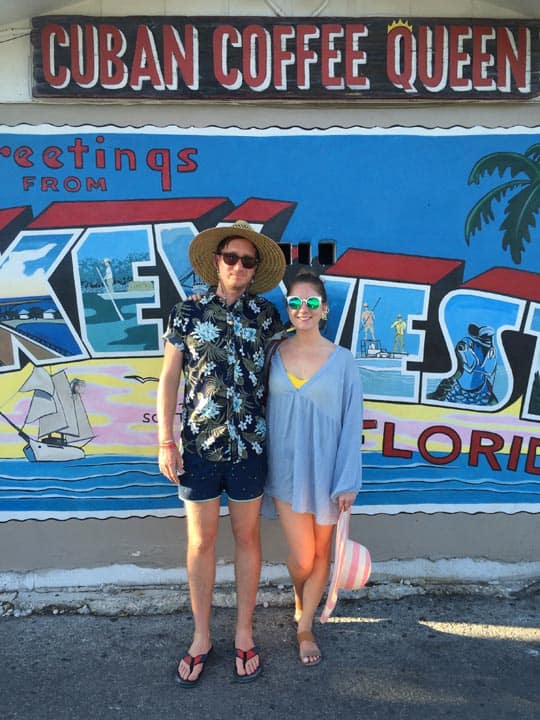 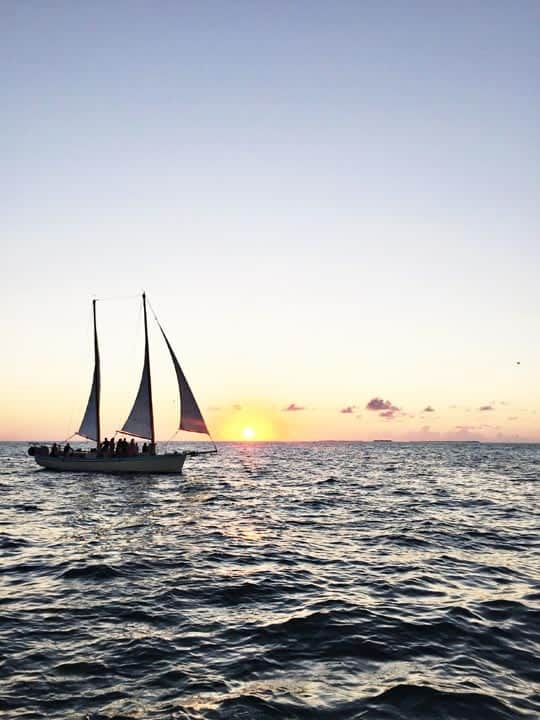 First we did a jet ski tour around the island with Barefoot Billy’s  and it. was. awesome! They don’t mess around on those things, so prepare to get your jet ski up to full speed for most of the tour, no matter how choppy the water is! Brittni and Jeff had actually already done this particular tour before, so it was a fun first for Jared and I.

We also did a sunset Schooner ride on the Appledor, which was so stunning. You don’t go too far off shore, but it’s absolutely worth it. They also offer beer and champagne, along with a cheese plate for the ride. 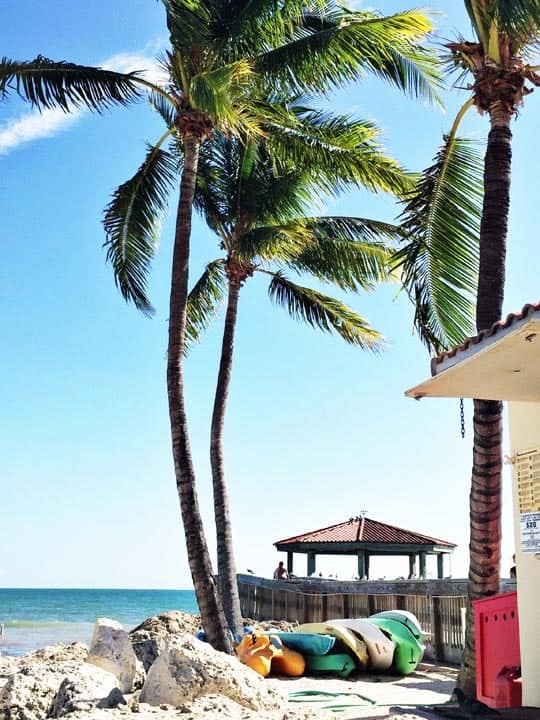 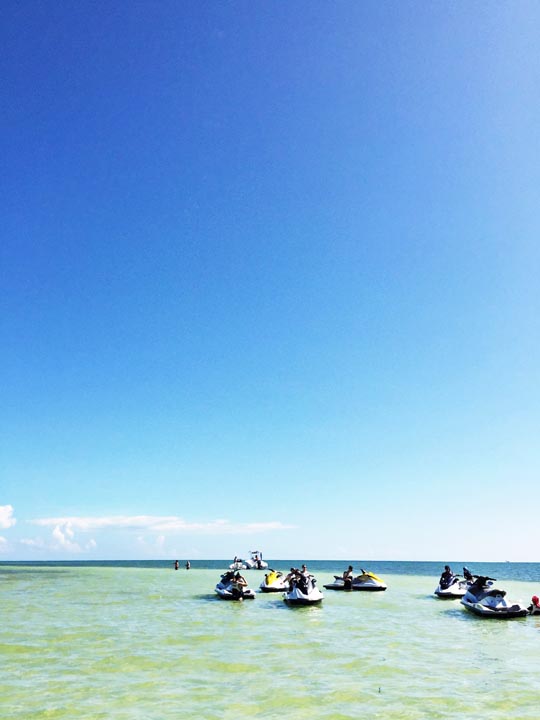 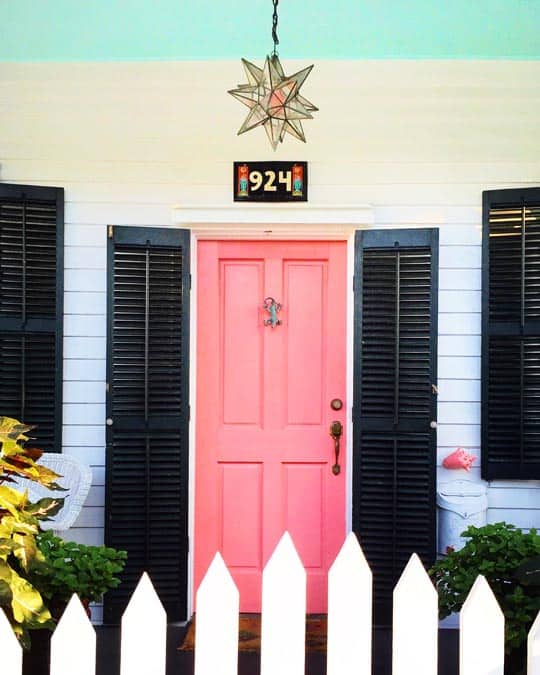 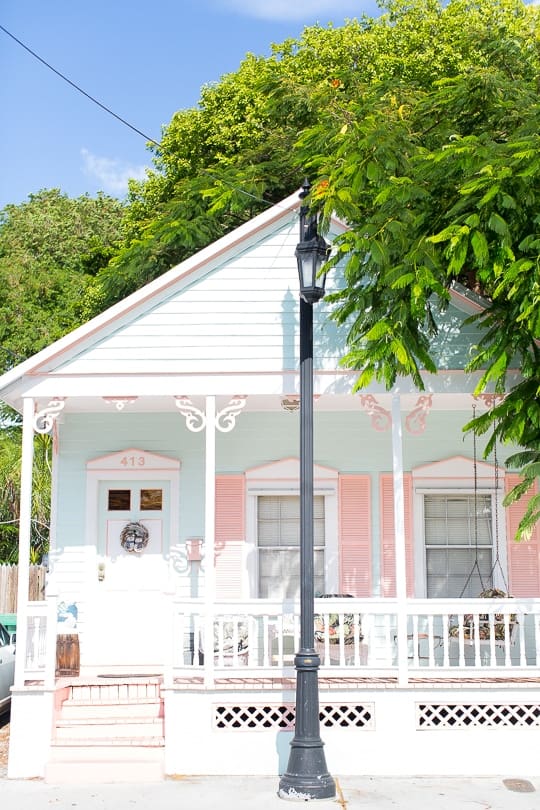 We also wanted to squeeze in a sea plane ride to Dry Tortugas and the Ultimate Adventure with Fury, but we ended up exploring more of the island instead since we only stayed three nights. If you’re looking to cover lots of ground along with excursions, you’ll definitely need at least 5 nights!

Other Things To Do In Miami To Key West Road Trip

If you’re looking for a fun and exciting road trip to take this year, look no further than Miami to Key West! This vibrant and colorful region is full of activities and attractions that will keep you entertained the entire way. Here are some of the best things to do on your trip:

In Miami, make sure to visit the Seaquarium! Known for its dolphin, sea lion, and killer whale performances, this place is one of the most popular attractions in all of Florida. Kids will love seeing these amazing creatures up close! You can even pet a baby shark.

Take a boat trip in the Everglades National Park. This vast and wild park is home to all sorts of fascinating wildlife, like alligators, crocodiles, and panthers. You can take a guided tour or explore on your own – either way, you’re sure to see some amazing creatures.

In Key West, be sure to visit the Ernest Hemingway Home & Museum. This museum is dedicated to the life and works of the famous author, and it’s a must-see for any fan. You can explore his home, see his personal possessions, and even read some of his original manuscripts.

And don’t forget to enjoy the incredible beaches! Both Miami and Key West are world-famous for their beautiful sandy beaches, with sparkling blue water and plenty of activities. From swimming to sunbathing to building sandcastles, there’s something for everyone.

Best Time Of Year To Drive Between Miami To Key West

When it comes to determining the optimum time of year for your Miami to Key West journey, you should avoid Florida’s hurricane season. The last thing you want to do is get caught in a storm during your vacation.

Typically, the best time of year to drive between Miami and Key West is during spring or autumn; however, there can be some delays with traffic. The summer months are the worst time to travel since it’s hurricane season and roads are congested with vacationers. 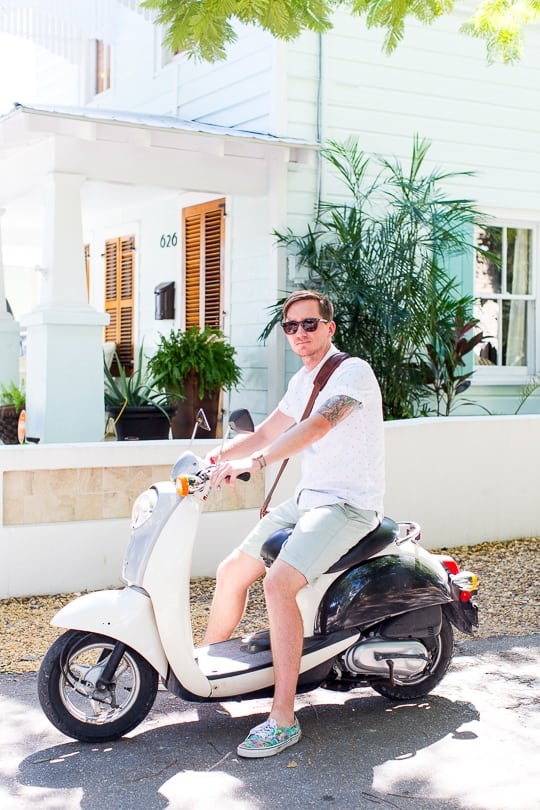 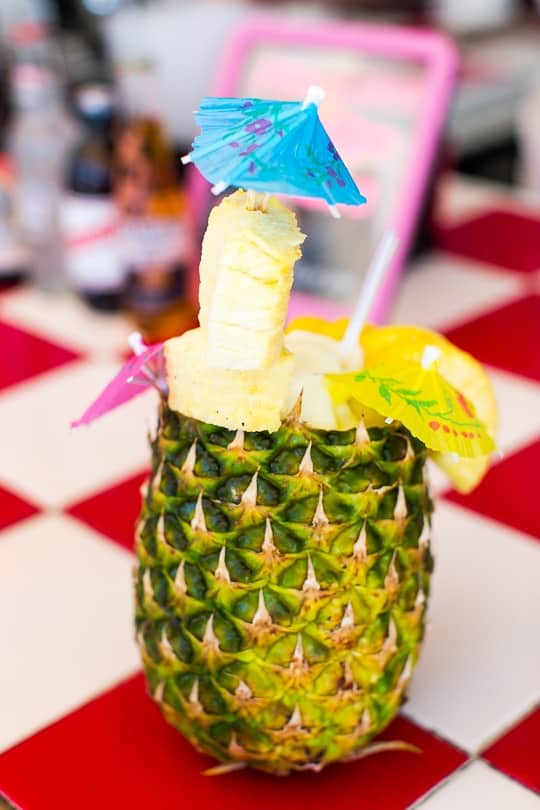 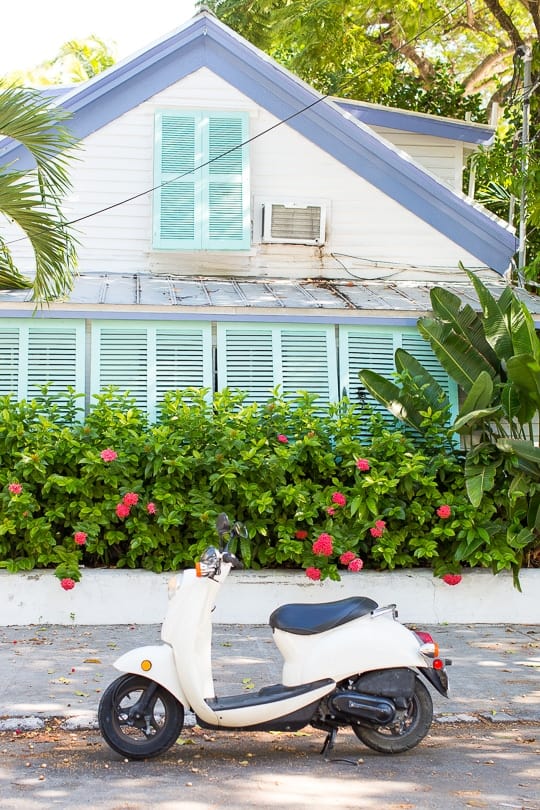 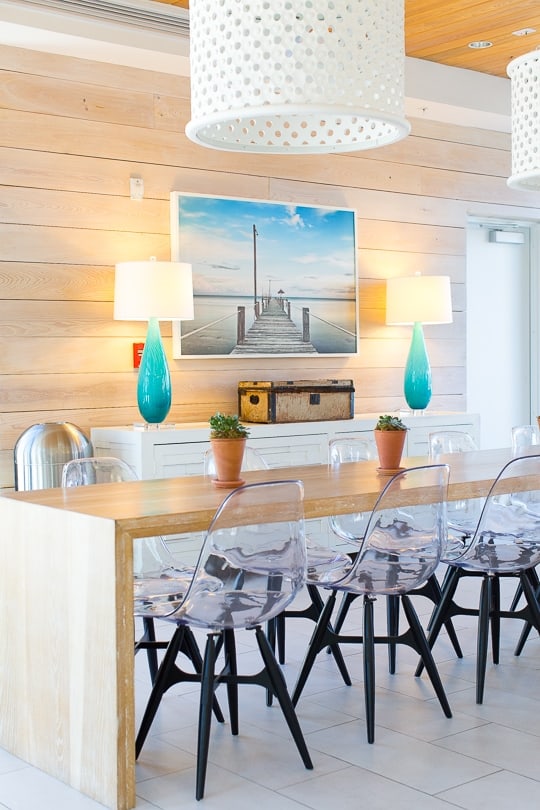 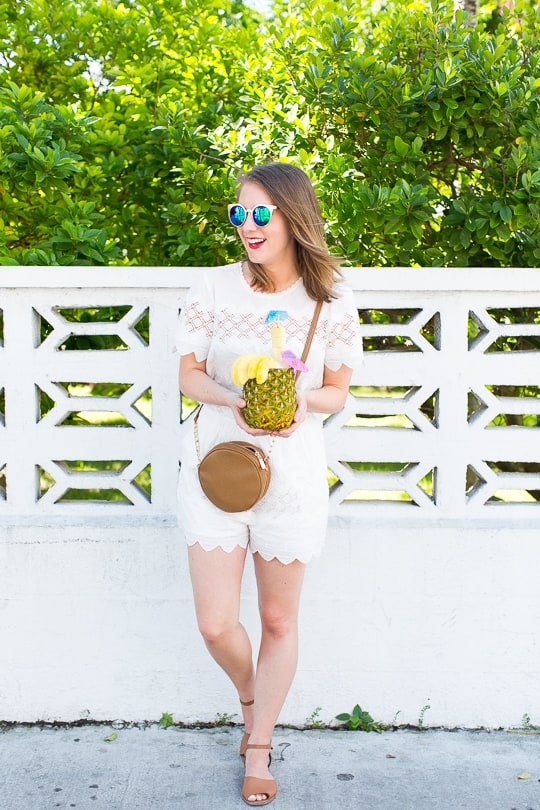 We’ll definitely be heading back to The Keys at some point (hopefully in the near future!) to get to the things we missed! A big thanks to the readers who let us know some of their favorite spots, and be sure to fill us in if we missed anything else that should be on our list for next time!

16 thoughts on “Our Hottest Trip this Year – Miami and Key West Travel Guide!”