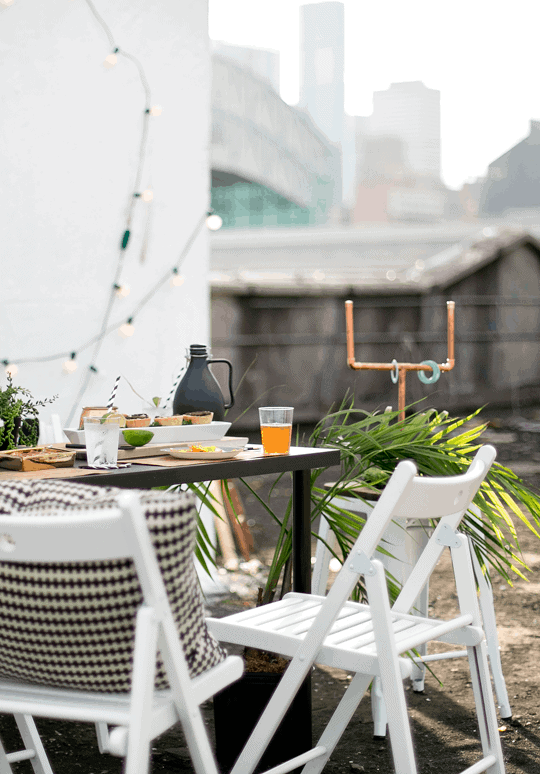 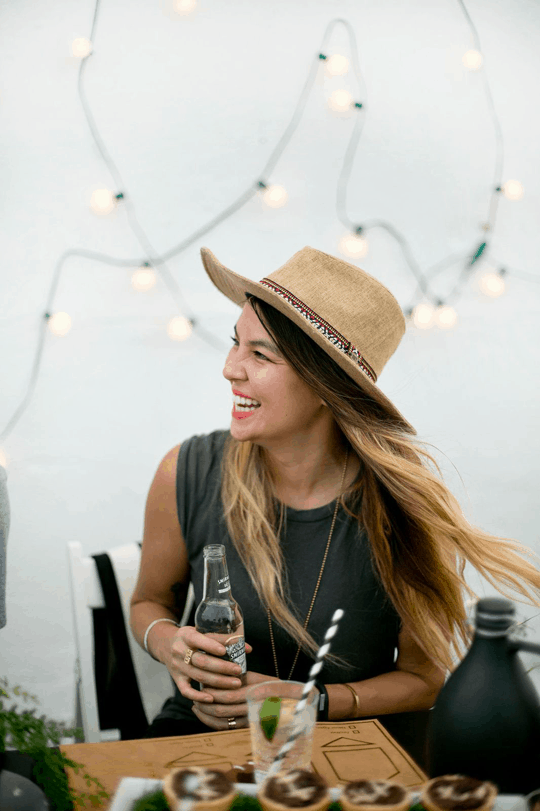 I’ve learned several things in my four years of living in Texas, and two of those things are: 1) always have a koozie with you at all times and 2) if you can’t beat em’, join em’ when it comes to football parties.

I think I’ve been to more football watch parties in the last year and half than I have almost my entire life total, so basically what I’m saying is I’m a professional now, obviously.

Veteran or not, I teamed up with Smirnoff ICE to bring you my modern take on the traditional watch party, so naturally it had to be a rooftop shindig.

Mostly because I’ve always wanted a reason to throw a rooftop party, but let’s stay focused… 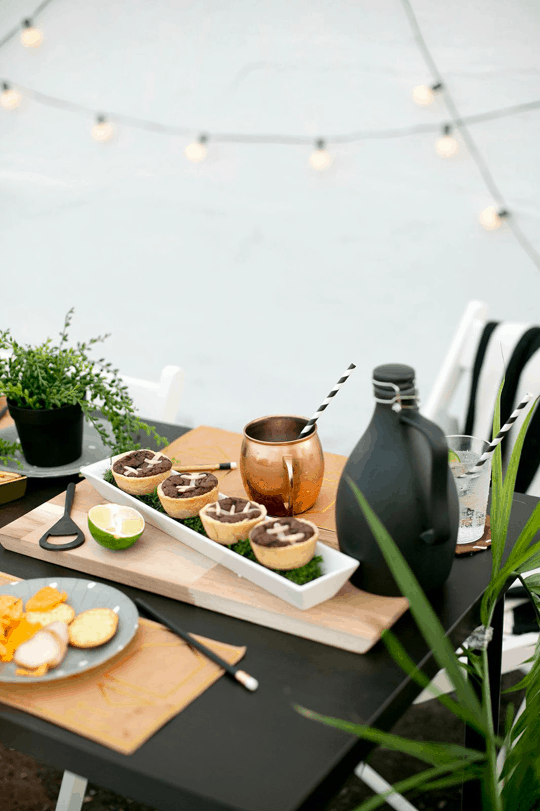 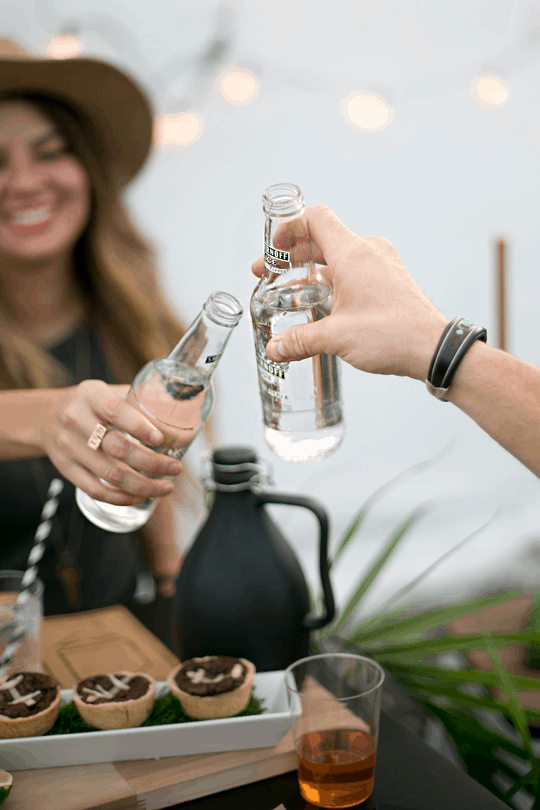 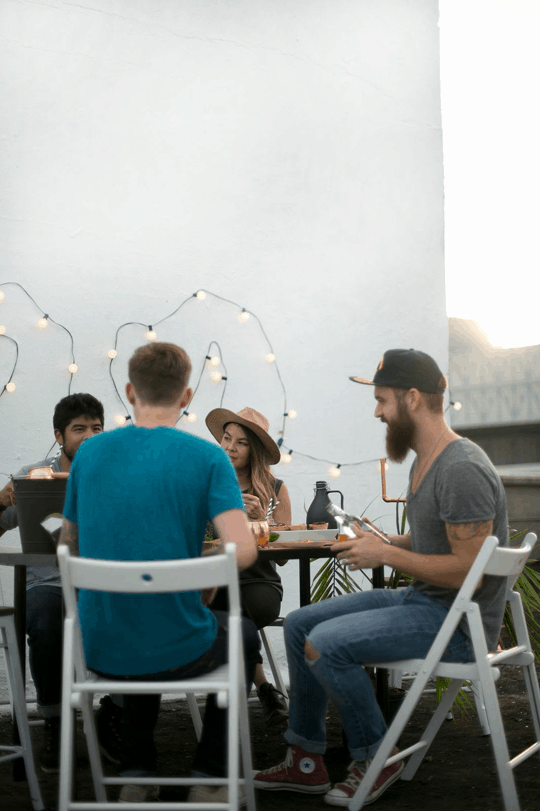 I’d say it’s safe to say that just about every football party you’ve ever been to has had the token football-shaped finger foods, but rather than go with oval everything, I added a little nod to them with mini brownie pies topped with pie crust football seams.

To serve them, I set them on a bed of astroturf for another quick, but colorful, reference to add interest to the table.

They’re incredibly easy to make, all you need is your favorite pie crust and brownie mix. Fill a cupcake pan with pie dough in every cup, then spoon in the brownie mix and use a pizza cutter to cut out the seam shapes, then bake per instructions. 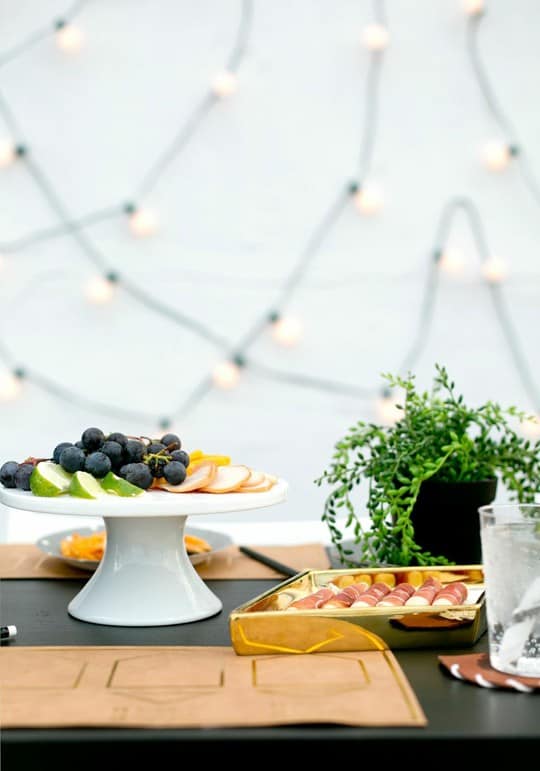 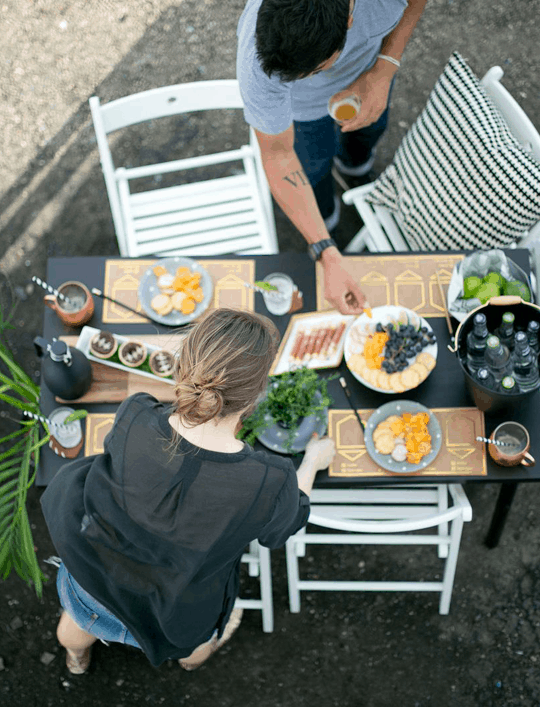 For drinks, we wanted to mix up the variety a bit and created two cocktails using Smirnoff ICE, one I share with you tomorrow which is a spin-off of my current favorite, and the second was a Smoky Bottom, which is: 1 ounce of Peach Schnapps, 1 ounce of Sour Apple, and 5 ounces of Smirnoff ICE Original.

We used these beer tasting sets as placemats for each setting as a quick go-to for an easy entertainment idea during half-time or before the game gets started using either beer or sips of various cocktails, like the ones we made. 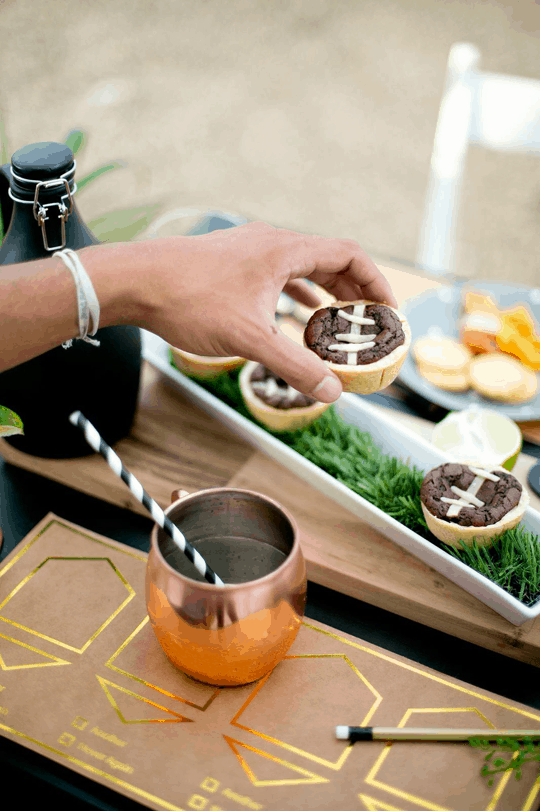 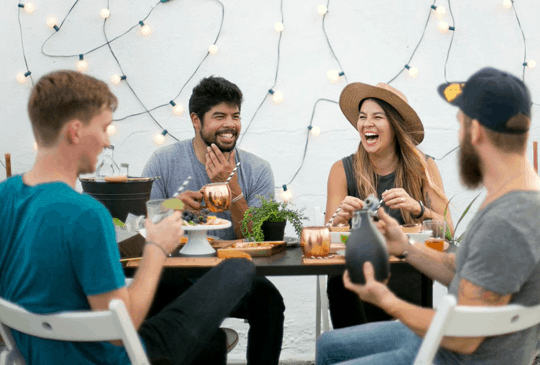 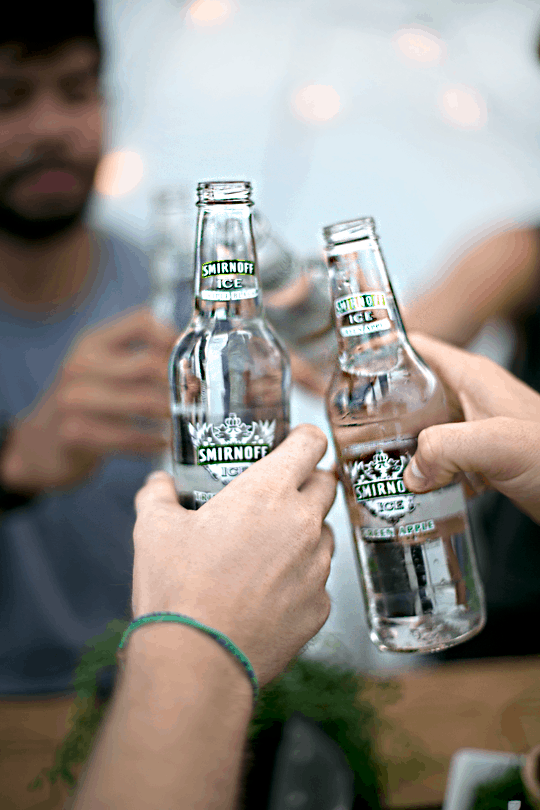 Since we consider ourselves professionals when it comes to football party and watch party snacking, decor, and game ideas, here are a few other projects to get you inspired — 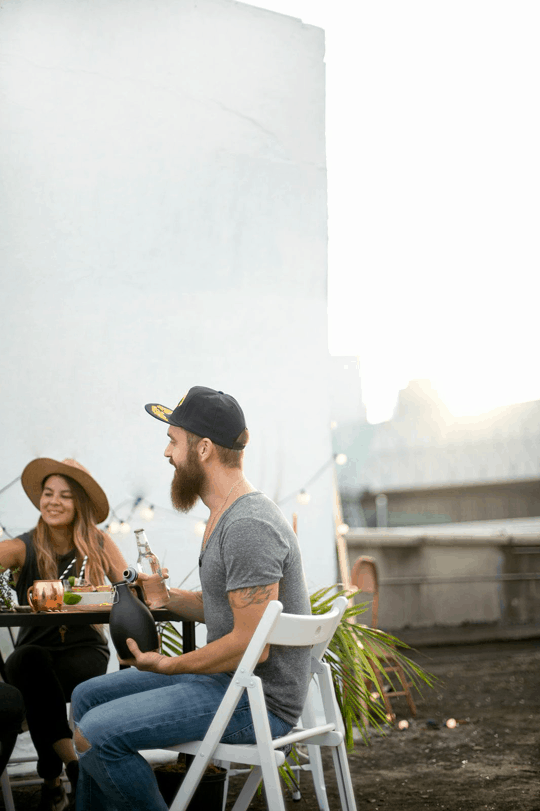 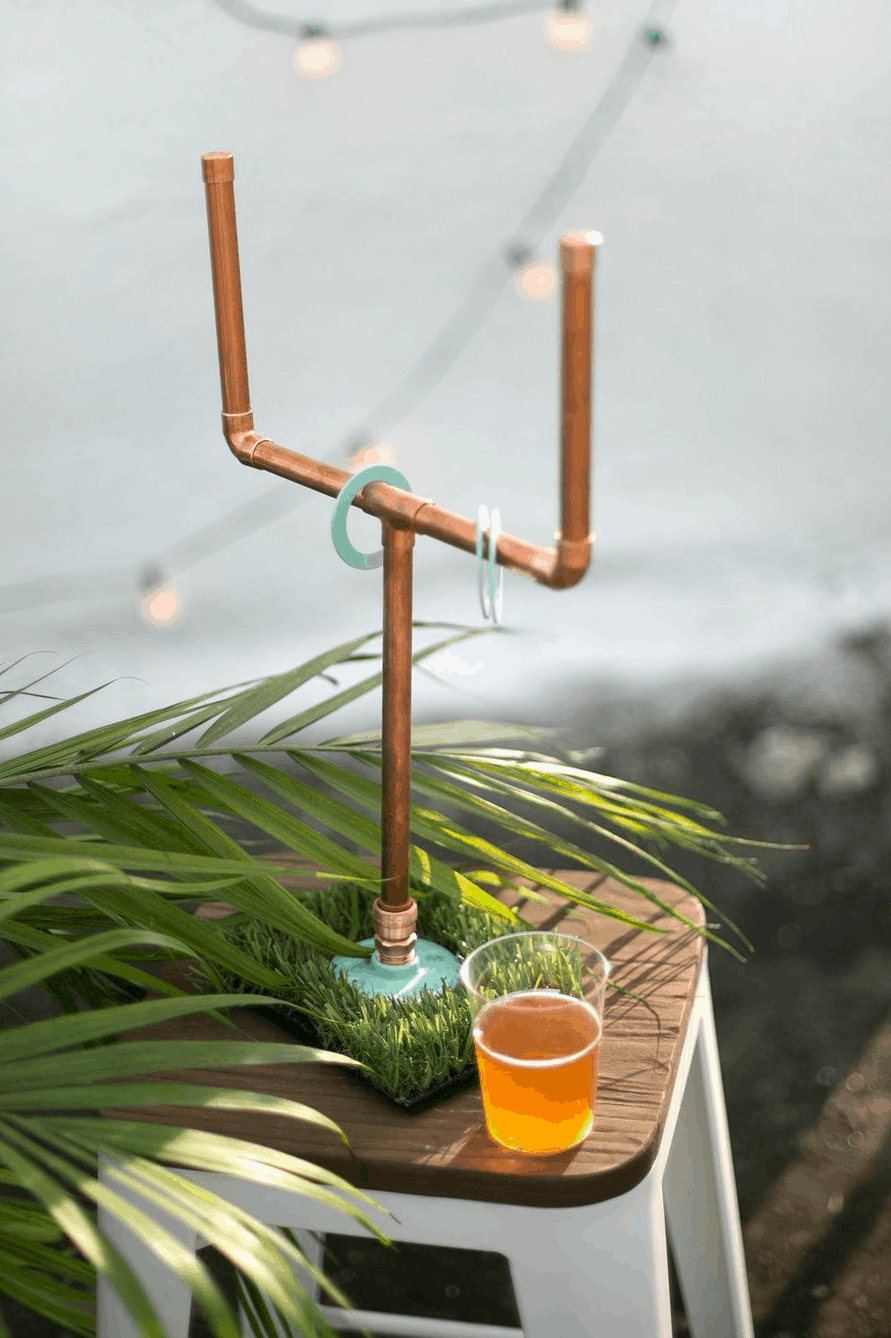 Of course, I had to add my own touch of metallic to the party which came in the form of this DIY washers game after spending hours in the Lowe’s plumbing section. 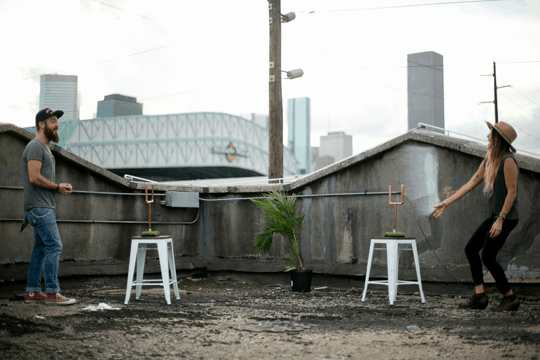 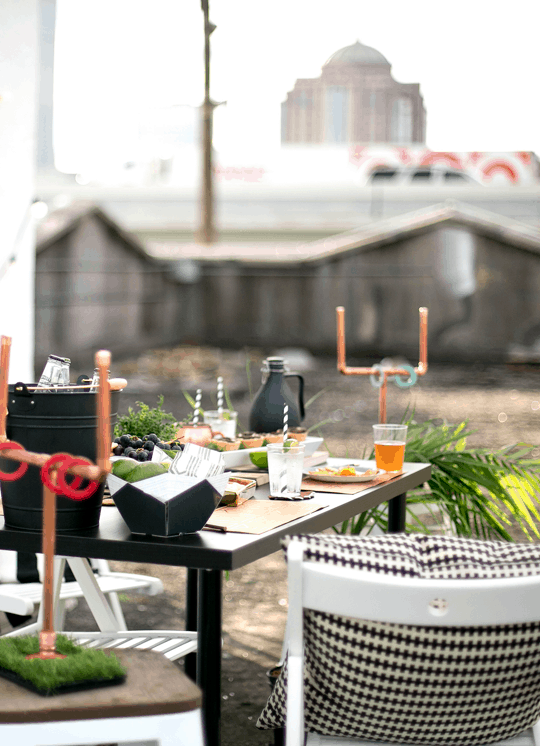 Even though I snuck in a few girly details to the evening, I tried to keep things more gender neutral with a black, white, and metallic color scheme and a few patterns here and there with texture.

Plus it’s never that memorable fall football feel until the weather is cool enough to need a blanket or sweatshirt, especially on a rooftop (that was actually 90 degrees and had the winds of a small hurricane, but let’s pretend).

Also big thanks to Tout Suite in Houston for letting us use their awesome rooftop space, and getting the honor to climb up these tiny stairs to bring you this setting!

This is a sponsored post by Smirnoff ICE. Thanks for supporting the brands that keep Sugar & Cloth running and bringing you a daily dose of DIY. All reviews/opinions expressed in this post are my own. Drink responsibly. 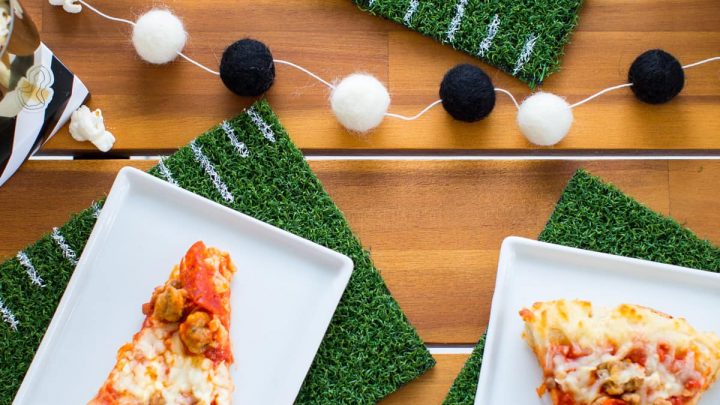 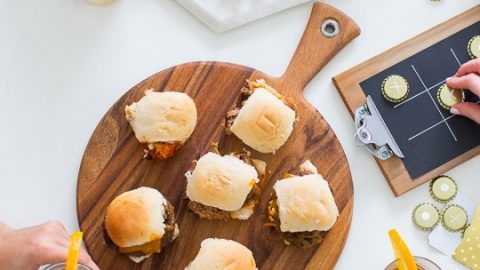 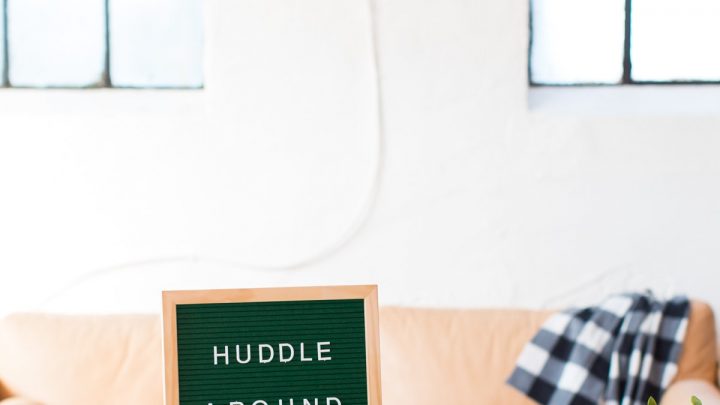 3 Simple DIY Ideas for Your Next Football Watch Party 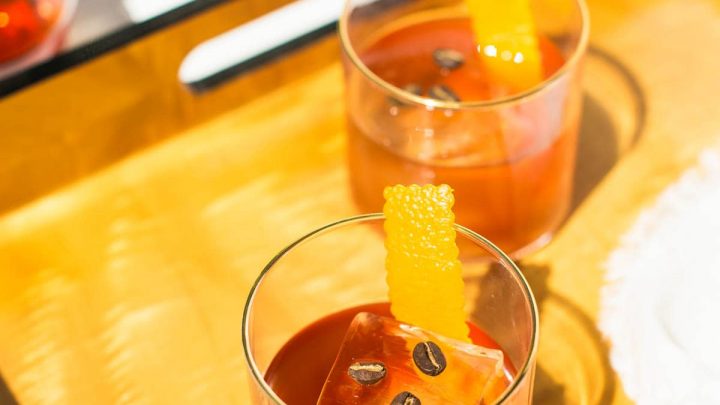