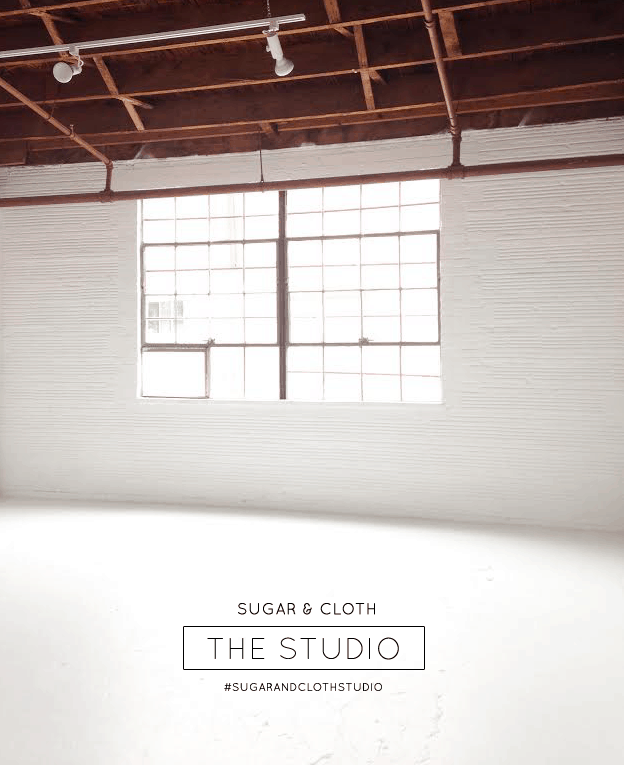 That’s something I didn’t think I’d ever say, but I am ridiculously excited! I know it kind of seems like it’s out of no where but the new Sugar & Cloth studio is something that’s been in the works for the past few months, I’ve just been too scared to really say it out loud. Somehow it just seals the slightly scary deal whenever you announce things to thousands of people on the Internet… unless that’s how you roll on Facebook on a regular basis, in which case you’re braver than me.

If you’ve been reading my blog for a while, you know that I work at Smilebooth quite a bit and that includes a decent amount of traveling and events. Since I starting writing and creating here two and half years ago, I’ve only ever done it on the side of a full time job. Along with a lot of sleepless nights and many a coffee to go later, I grew to have a modestly successful little space on the internet with Sugar & Cloth but I never actually had any risk in it. Since I’ve always had a full time job to fall back on that also helped pay for the me to be able to keep S&C up and running, it also made it a lot easier to slack off when I was too tired to write a tutorial or if I’d rather go out for ice cream than plan out new projects.

All of this brings me to the new studio space. It was something I really had to do. As tiring as some moments have been along the last two years and even as uncomfortable as trying to play happy during rough times, I absolutely love getting to create new things to share with you. That seriously is the only reason that has made it all worth while. If I’m going to try my hardest to make Sugar & Cloth into the best it can be, I’ve got to add a little risk to it and a clean, inspiring slate for new DIY’s, workshops, and a place to host all of the pretty inspirations that you see here (that also won’t involve my cat’s little paws in everything).

I’ll be sharing the process of re-doing the space and all of the goodies I’ve got in the works for styling it little by little. If you’re familiar with Houston, the new space is in East Downtown, so be on the look out for local events in the future!