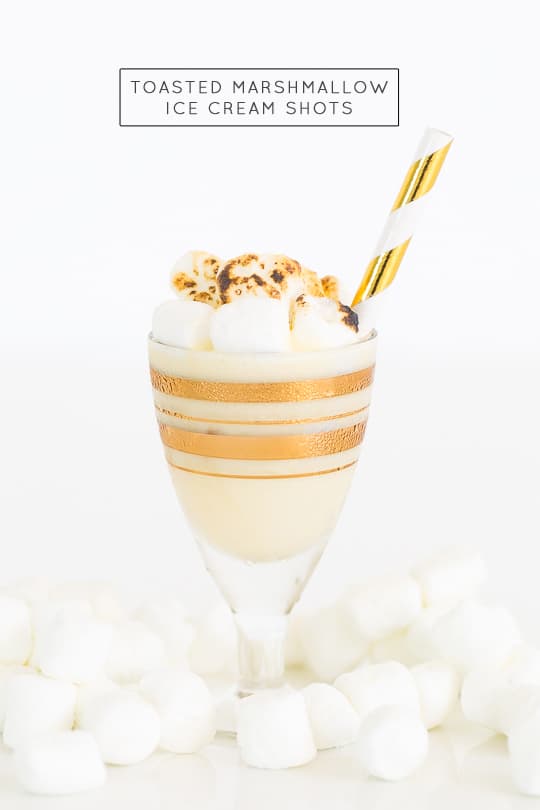 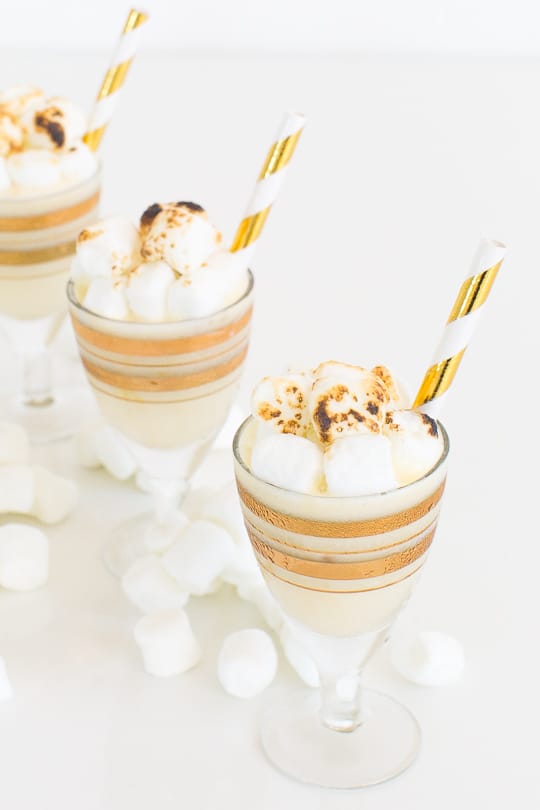 It was only a matter of time before I whipped up another one of my infamous (especially after these) ice cream shot recipes, and this time we’re really getting creative on you! We’ve teamed up with Kathleen, the lovely lady behind Honeychild’s Sweet Creams (who I met here locally in Houston am became instantly obsessed with!), to bring you both an original recipe for her homemade toasted marshmallow ice cream AND my twist on it to become a toasted marshmallow ice cream shot. Is that not a match made in heaven or what?!

I also feel the need to express just how good her ice cream recipe is for the season, even if you’re just looking to spice up your scoop of ice cream for holiday pies. It has actual toasted marshmallows IN IT. It’s just a dream, I’m telling you.. 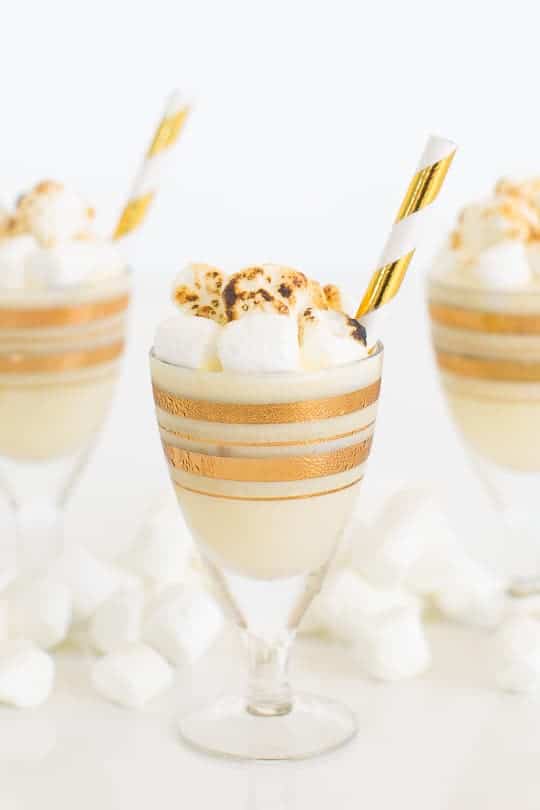 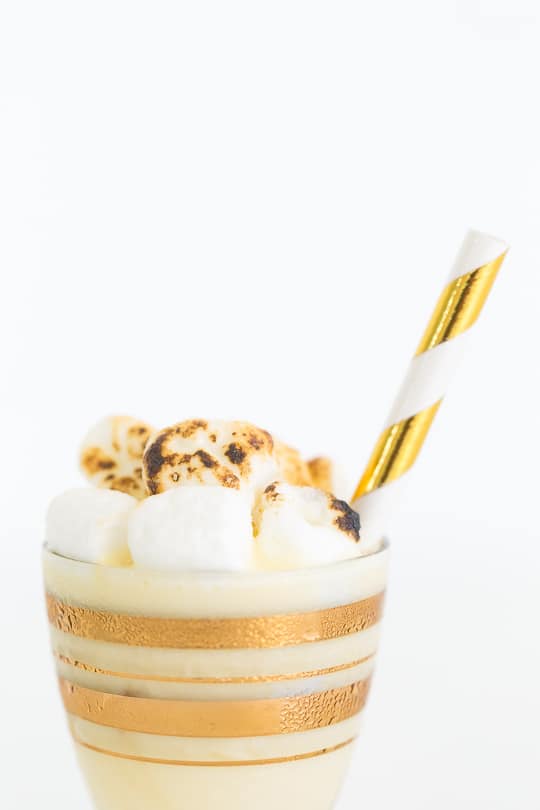 First, line a baking sheet with parchment paper or nonstick foil. Evenly spread entire bag of marshmallows on a baking sheet. Set oven to Broil. Keep an eye on the marshmallows and rotate them as they brown.then allow them to brown as much as you like then, remove from oven and set aside.

Begin heating half & half and sugar in 8 qt pot, stirring occasionally. Separate the eggs and beat yolks slightly, then add to sugar and half and half.

Heat mixture to 170 degrees or until custards coats back of spoon, then remove from heat and stir in 3⁄4 pan of browned marshmallows. Continue stirring until marshmallows mostly melted.

Stir in vanilla and salt then place in ‘fridge until cool. Once cool, freeze in ice cream freezer according to manufacturer’s instructions.

Before removing from ice cream freezer, add reserved toasted marshmallows and allow to mix with ice cream. If not eaten immediately, place in tupperware container, then freezer until ready to eat. Will keep in freezer for up to 2 months. 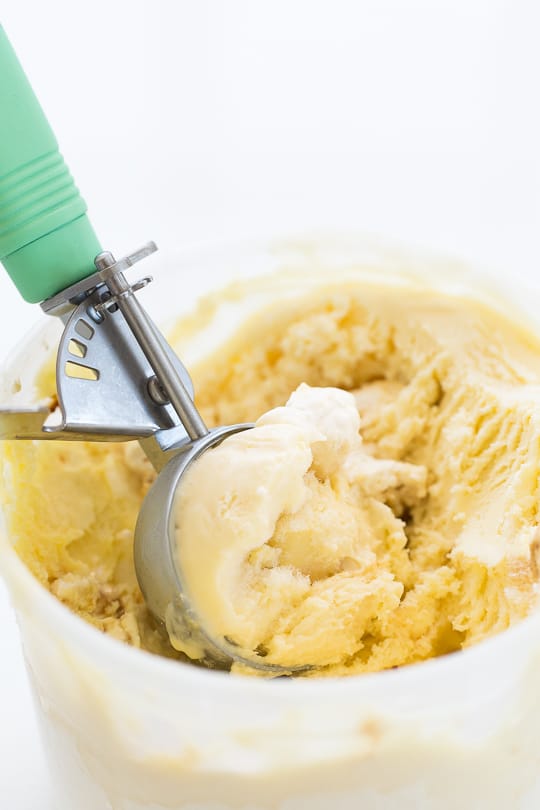 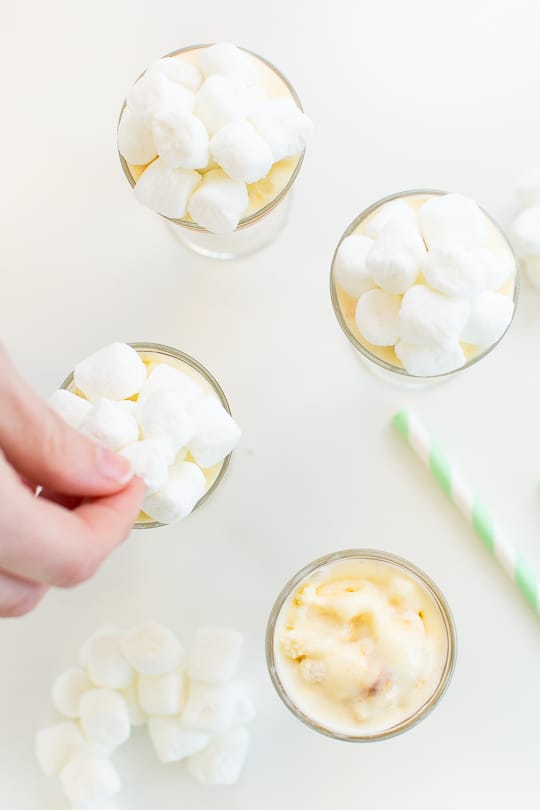 Combine your homemade toasted marshmallow ice cream with the light rum and blend until smooth. Pour into shots glasses and top with marshmallows and toast the tops with a culinary torch.

Serve with a cute striped straw and you’re all set! 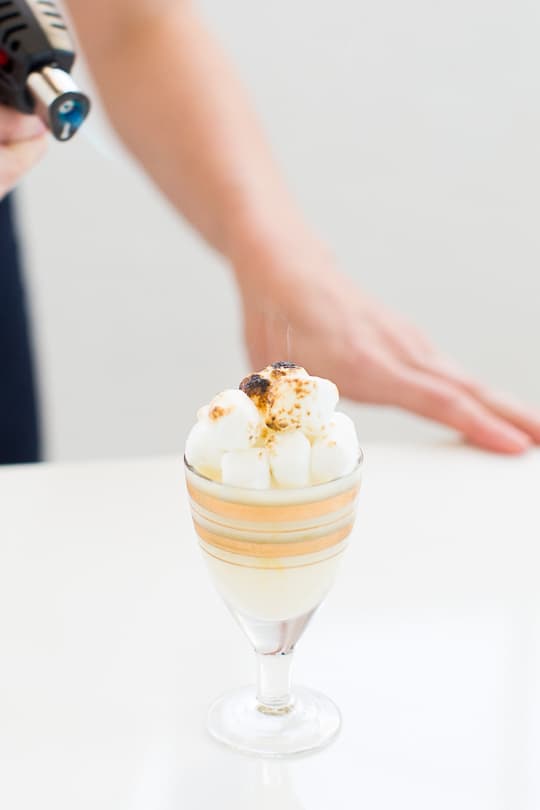 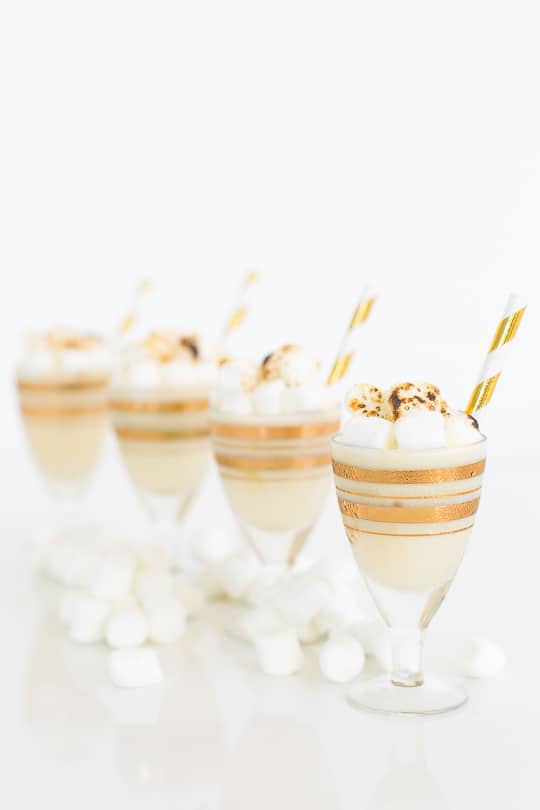 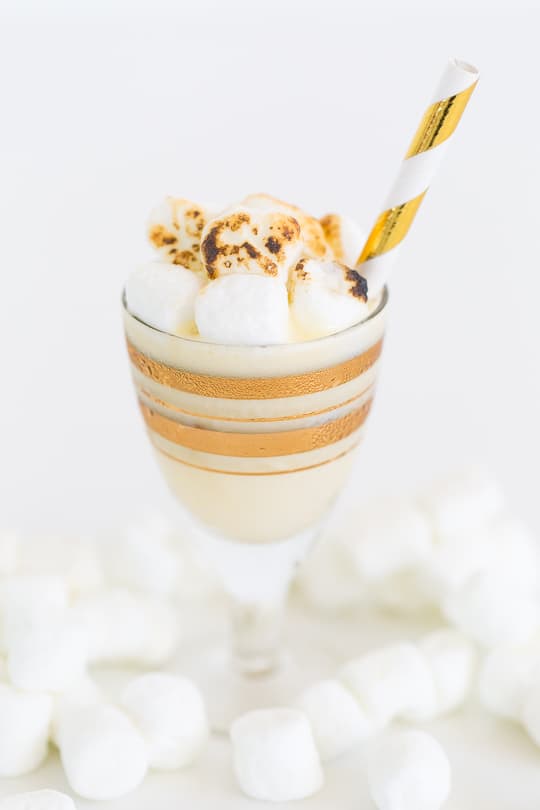 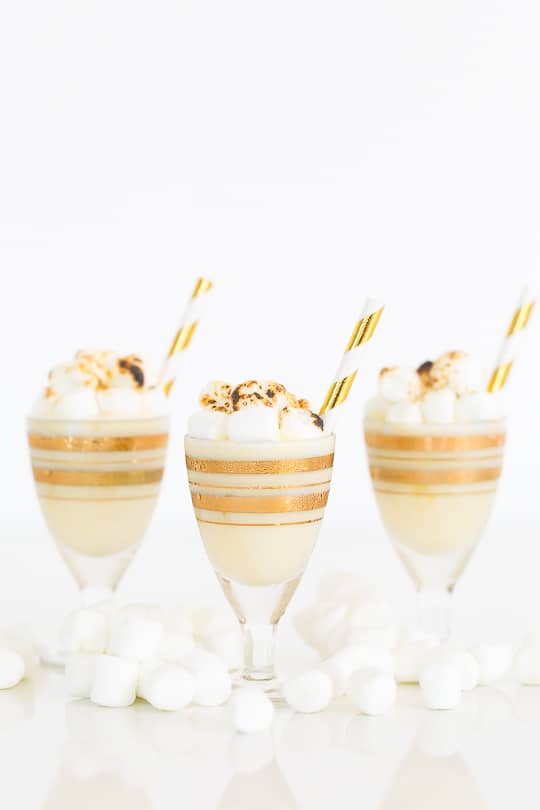 You can catch all of my previous ice cream shot recipes right here in case you’re looking for a little extra flair for your holiday cocktails this season! Do any of you have a favorite from my previous concoctions?! This one was my favorite until now!