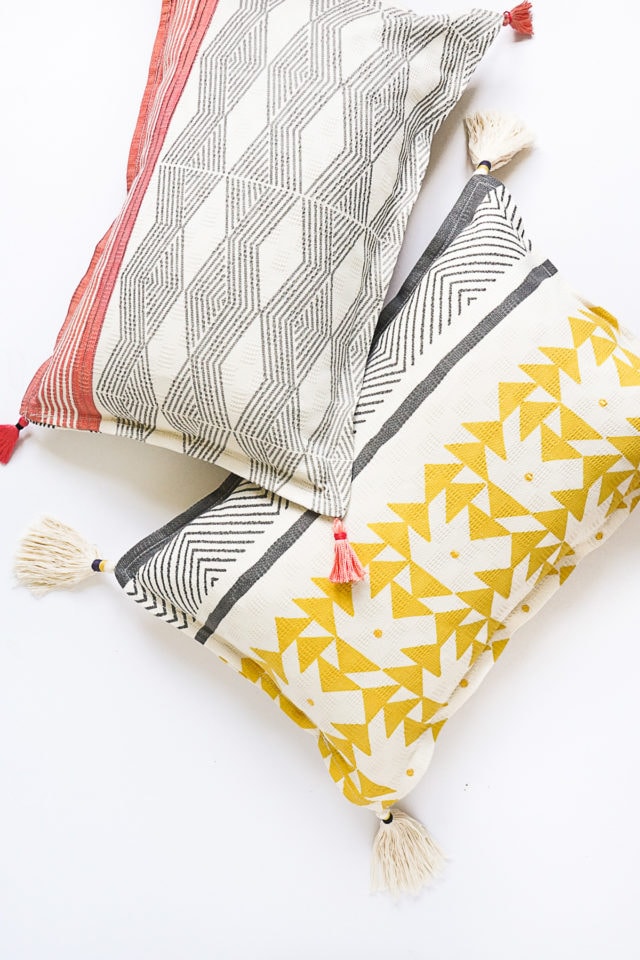 The temperatures are dropping here in Minneapolis and that means we’re spending more and more time indoors. Having people over no longer means a patio grill out, but instead game or movie nights inside.

It’s been on my mind to make some throw pillows for our living room to add some additional coziness for such gatherings.

And when I, Erin of Francoise et Moi came across these tasseled tea towels, I knew I’d found the perfect thing to make them.

The tea towels have a cool tassel detail (which I can’t get enough of lately) on the corners. And of course, they arrive hemmed.

So I decided to make these DIY Tasseled Throw Pillows in a “deconstructed” manner where the seam allowance is celebrated on the outside of the pillow as a flange.

Not only does this expose the tassels, but it’s also a simpler technique than traditional ways of sewing pillows. And simpler is always a win in my DIY playbook! 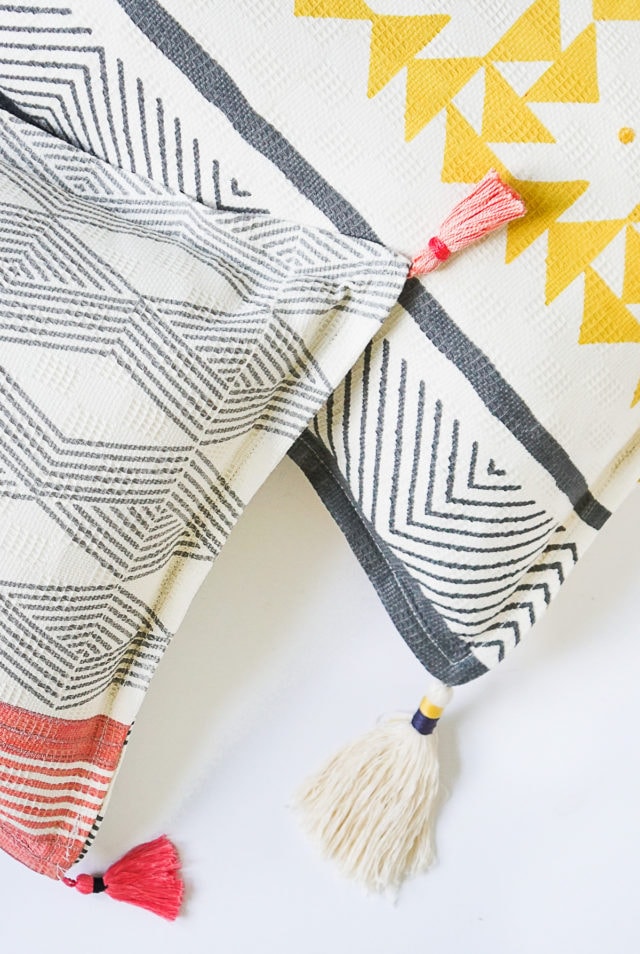 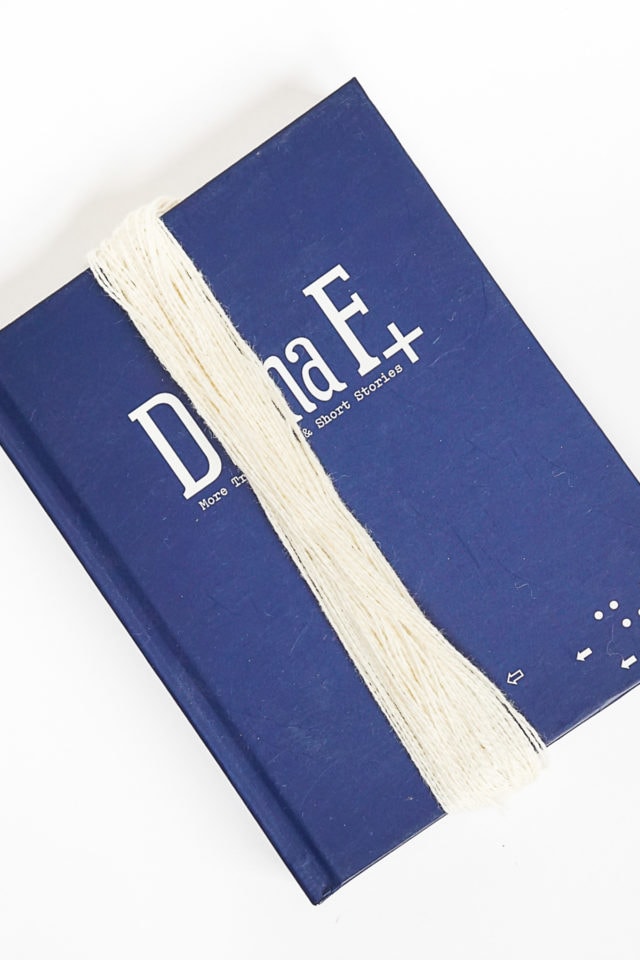 Pin the “wrong” sides together on both long edges and one of the short edges.

One of the seam edges will be along the fold; use 5/8” seam allowance to mimic the other two sides.

The tea towels arrive with tassels on only two of the corners, so next we’ll create 2 more tassels that mimic or coordinate with the tea towel’s tassels. No need to buy new colors of cotton flossing; use colors you already have on hand for a fun, boho vibe.

Begin by wrapping the off-white string roughly 30 times tightly around the book.

Slide the string loop off the book and flatten the loop.

Cinch in the middle and double knot with a 20” piece of off-white string. 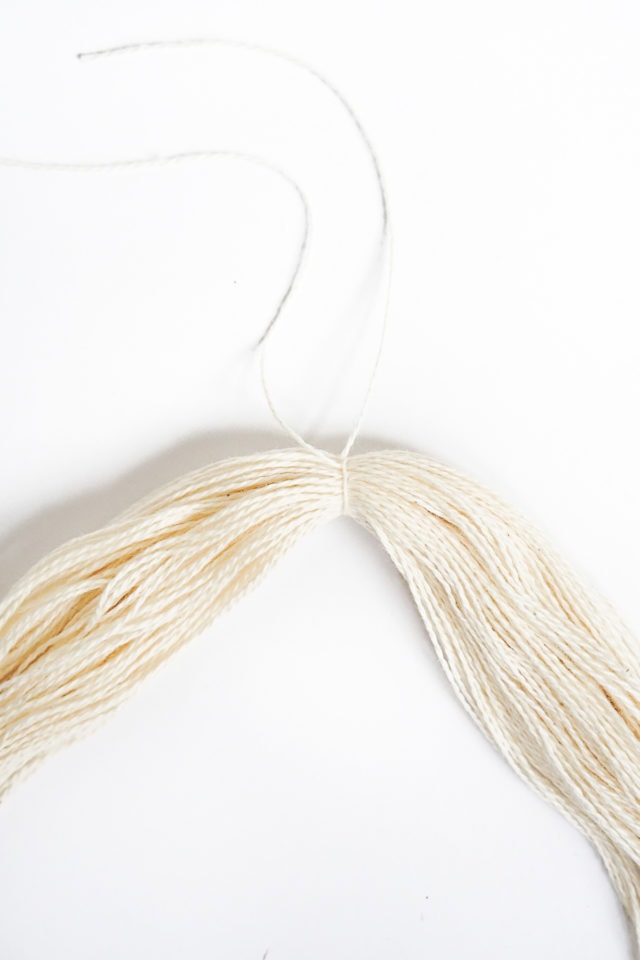 Then, using the yellow string lay an upside down number ‘4’ towards the top of the off-white tassel.

Begin wrapping the yellow string tightly around the off-white tassel. 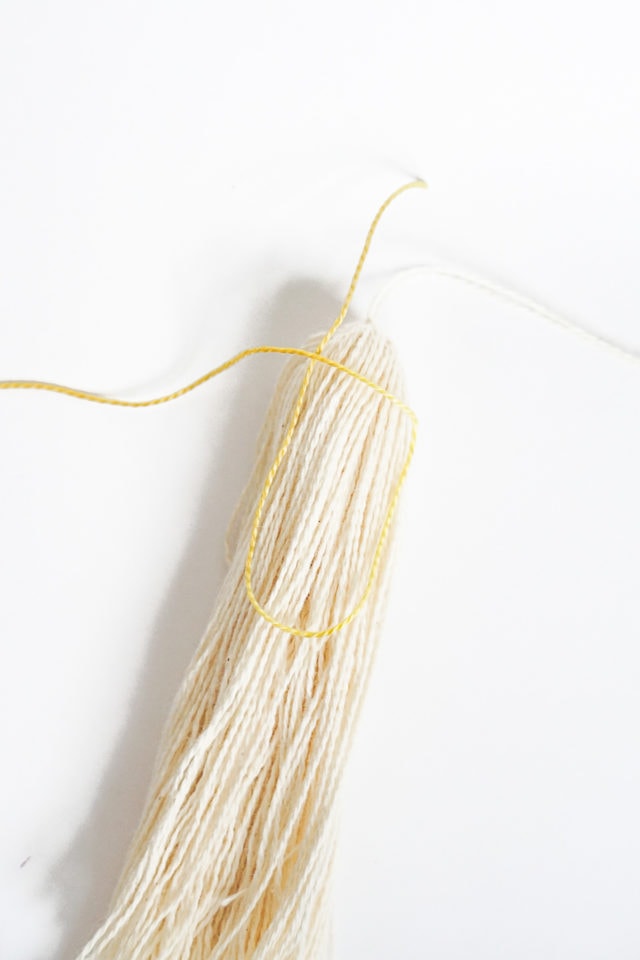 To tie off the yellow string, thread the tail through the loop and pull tight.

Then, pull the yellow string at the top of the tassel until the loop at the bottom disappears underneath the horizontally wrapped yellow string.

Trim the string tail closely to the tassel.

Next, repeat this step with the dark grey or black color wrap. 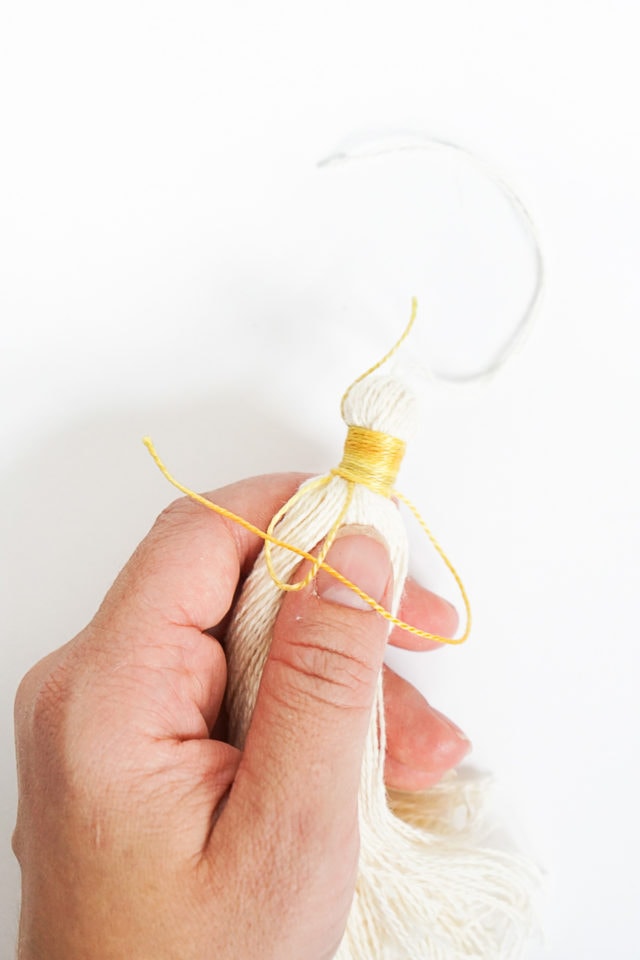 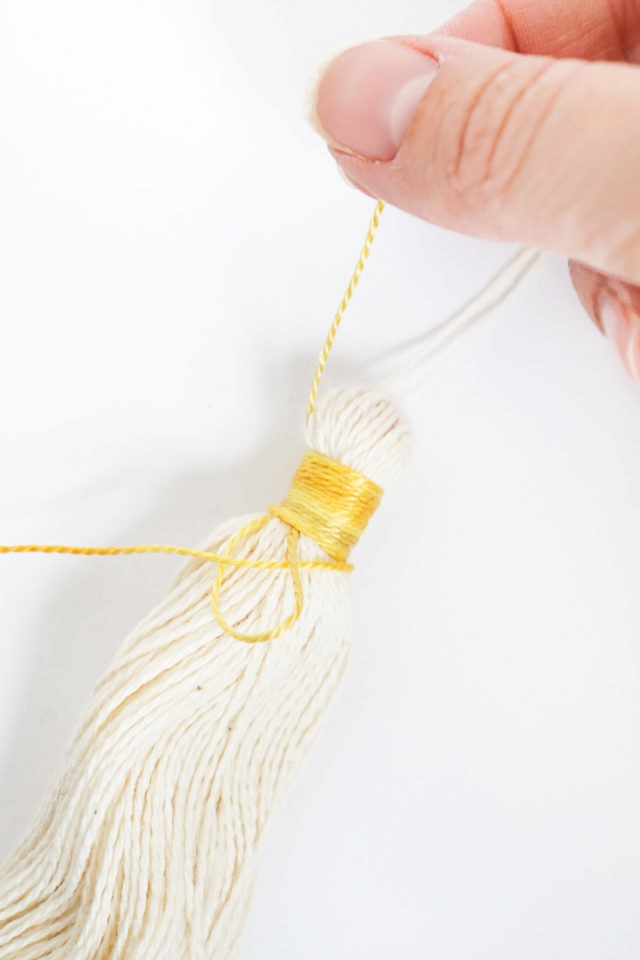 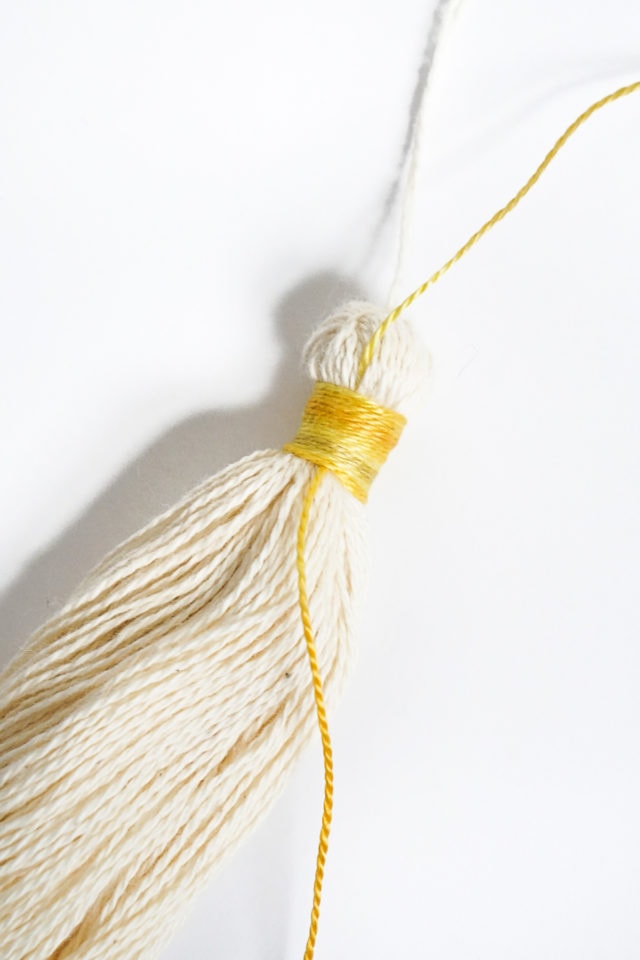 Attach the tassels to the two bare pillow corners.

Thread the off-white tassel strings through the large embroidery needle and run the needle through the corner of the pillow.

Thread the needle back through the center of the tassel head, and back up through the pillow corner.

Secure in place by threading the needle through the stitch you just created and finish with a double knot.

Repeat with the second tassel. 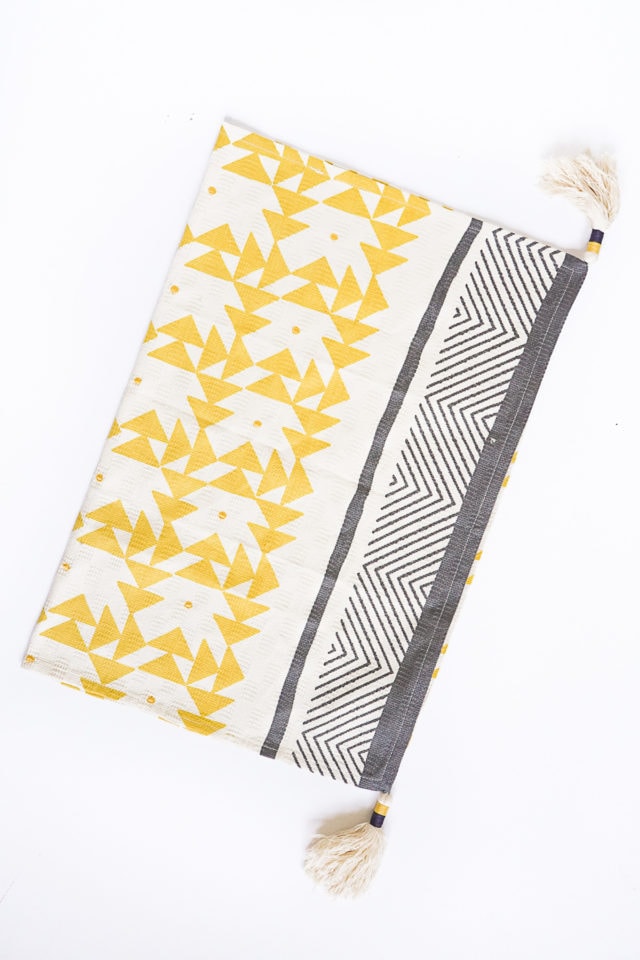 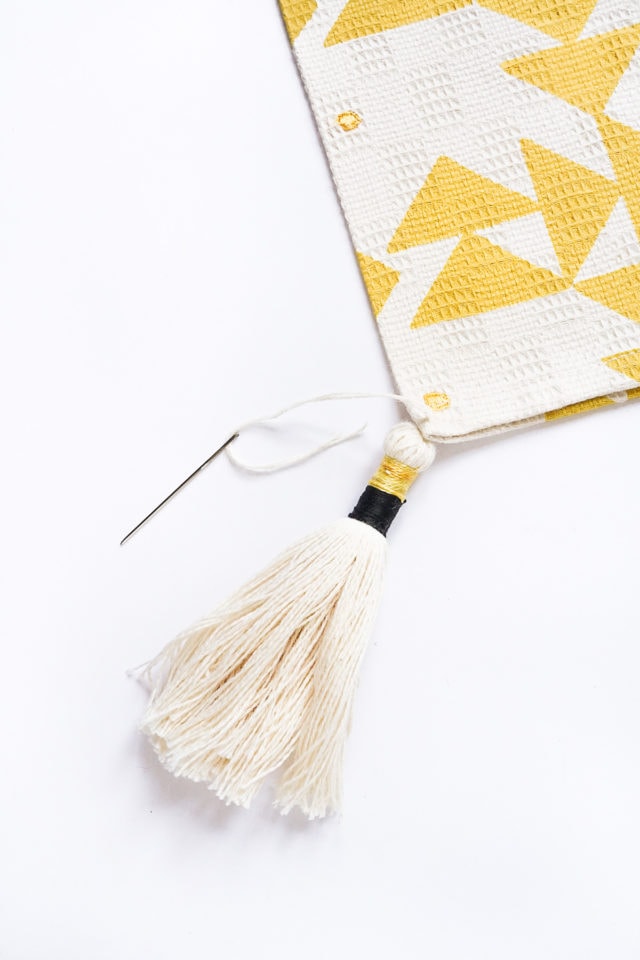 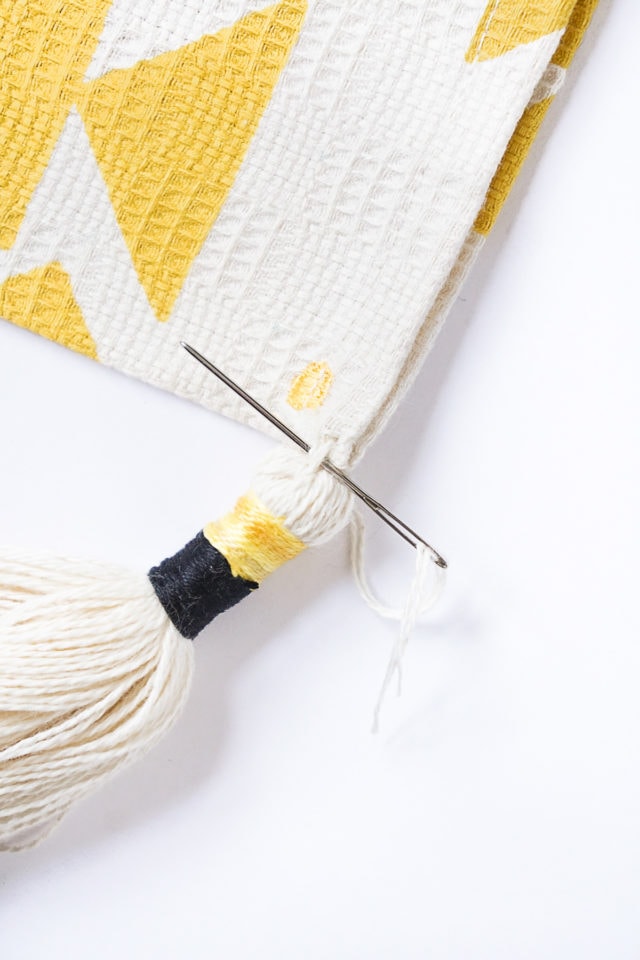 Lastly, stuff the pillow with the feather insert and sew up the open short side of the pillow, using the tea towel’s stitch line as a guide. 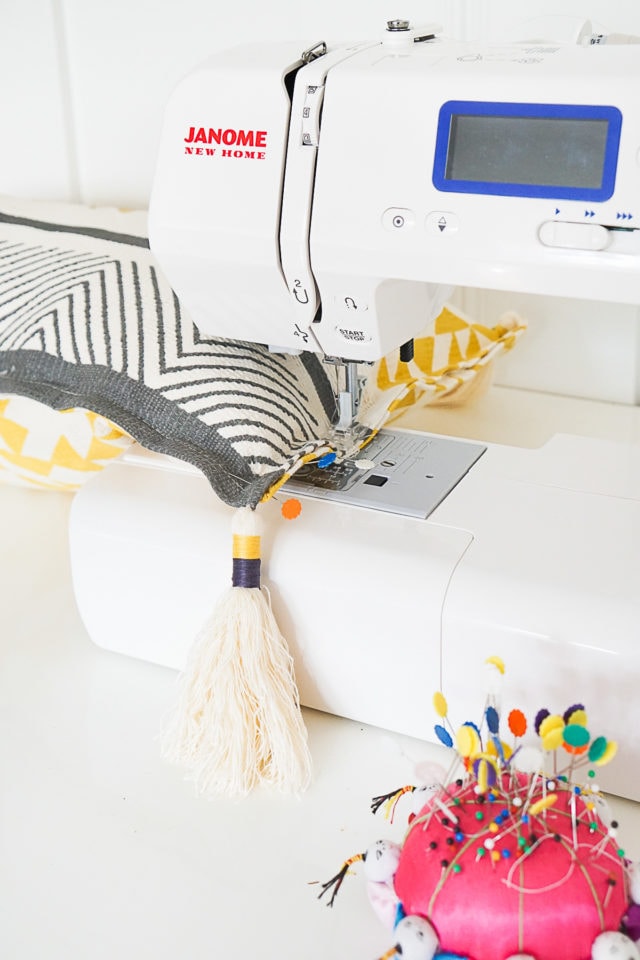 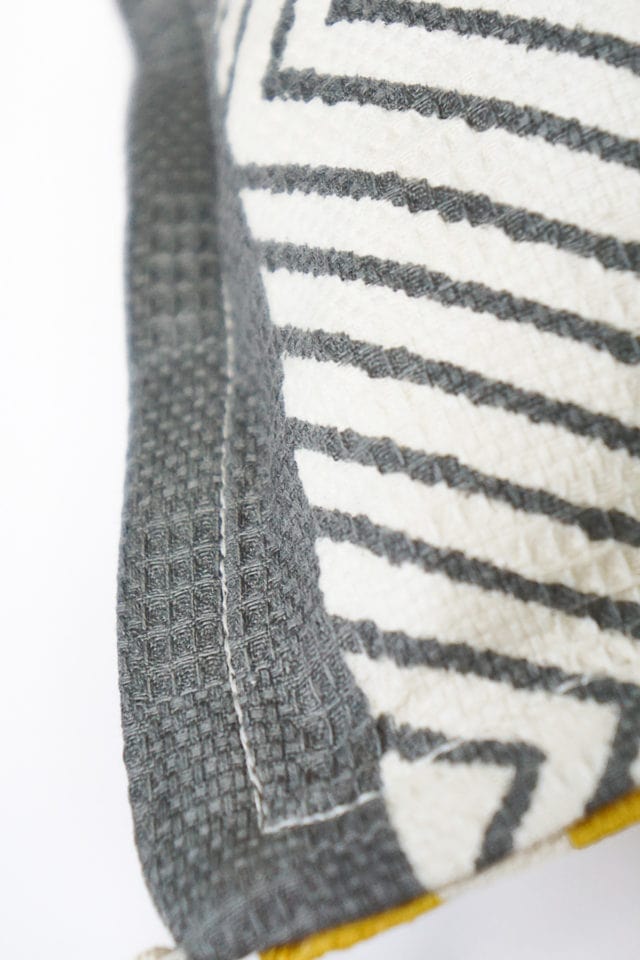 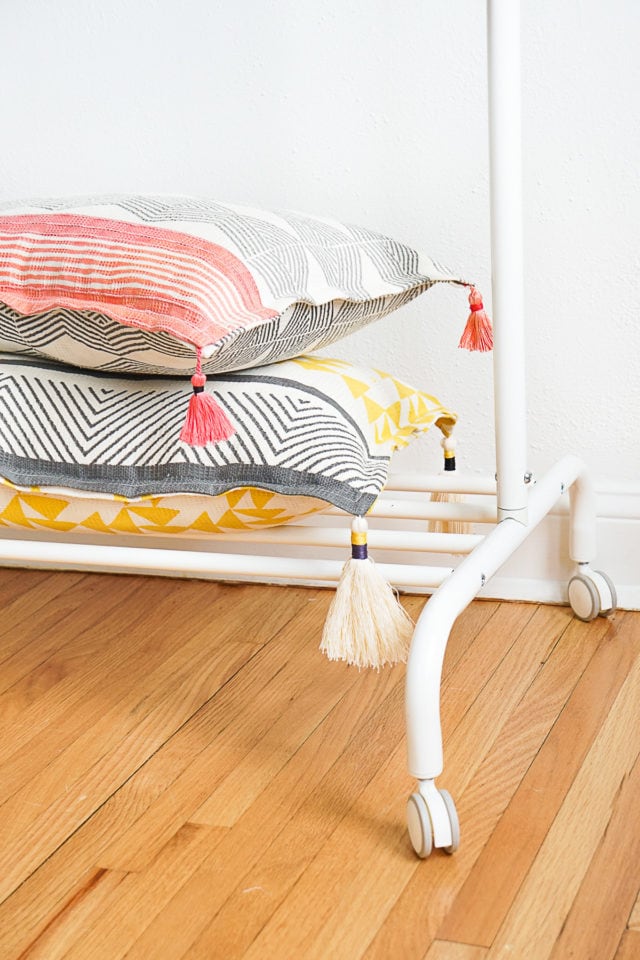 And there you have it! Easy DIY tasseled throw pillows to feather your nest for all those cozy Fall get-togethers.

Who knew tea towels could make for such cute pillow covers! For more easy DIY pillows, check out a few our favorites from the archives — 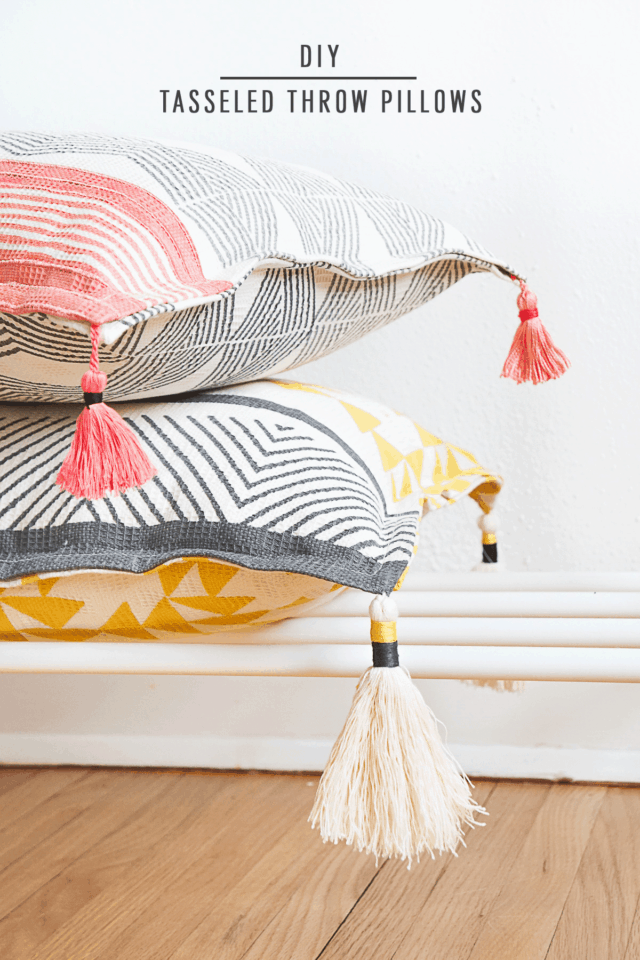