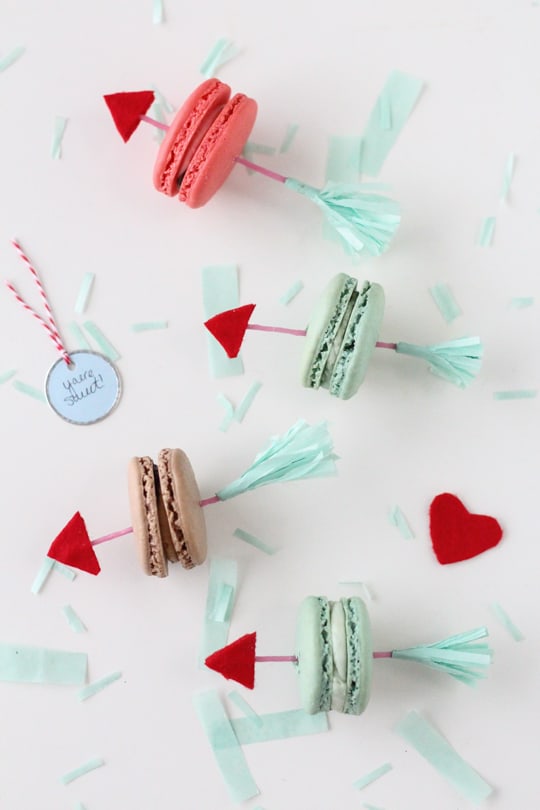 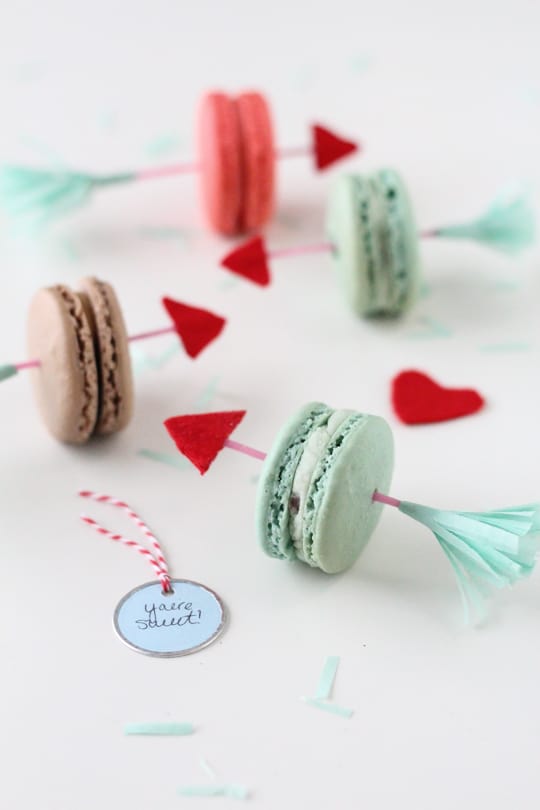 I’ve come to decide that dressing up macarons is a lot like buying a cute, fuzzy costume for a puppy. They’re plenty cute enough on their own but why resist doubling the cuteness is you don’t have to, you know? It’s pretty much the same story with these DIY Valentine arrow cookie picks that are just too easy to skip. Plus, it never hurts to have the most fun dessert at the party either.

To make the tassel, stack several sheets of tissue paper on top of each other, folded in half, and then use fringe scissors along the bottom, stopping 3/4 of the way up to make the cuts. If you don’t have fringe scissors, you can just use regular scissors and cut slits equal distances apart on your own.

Make a stripe of tacky glue across the top of the finished fringe, then stick your toothpick or candle stick on the edge and roll the frill all the way around and secure the end with a dab of glue. Once the stick with frill in finished, gently poke it through the cookie, being careful not to push to hard and crack them in half. 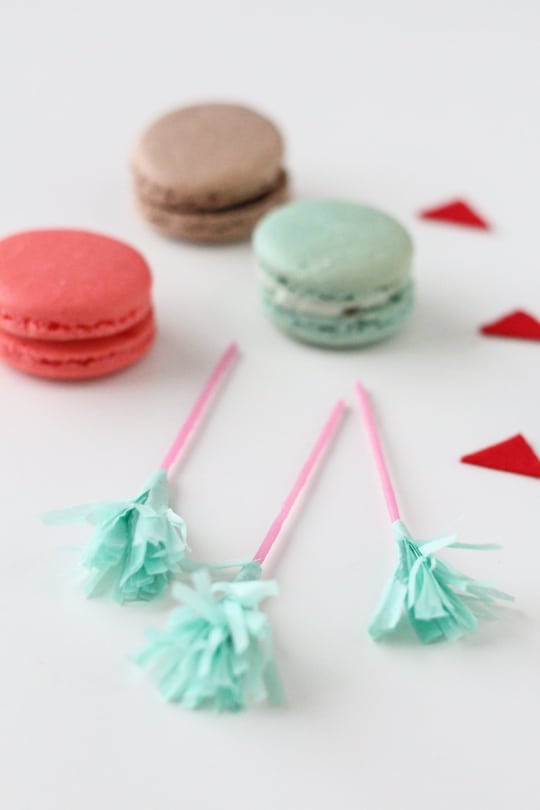 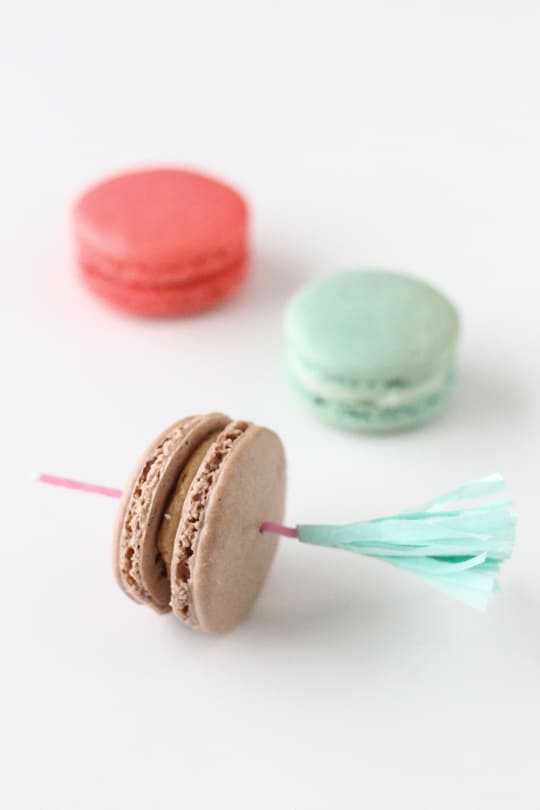 Next, cut out mini triangles from the adhesive felt, you’ll need to of the same size triangle for each pick.

Once you have the triangles cut, peel the adhesive backing off and paste a triangle to the opposite end of the frill on the stick and then adhere one to the other side as well. 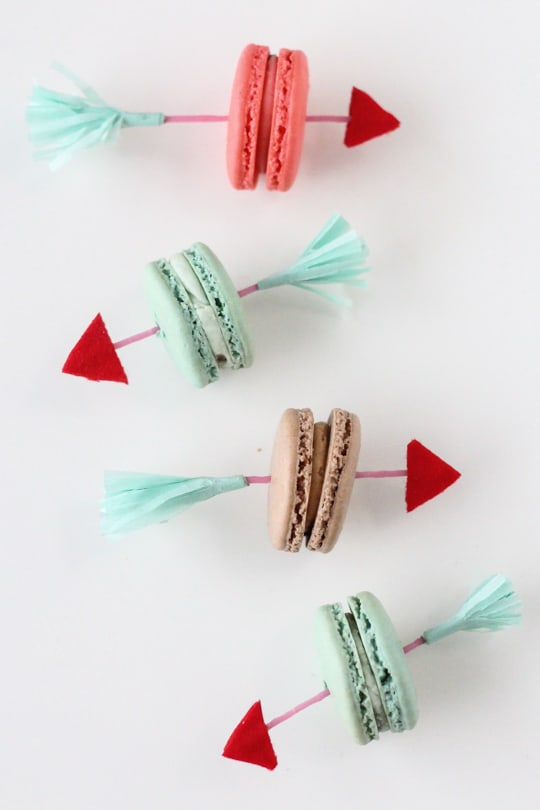 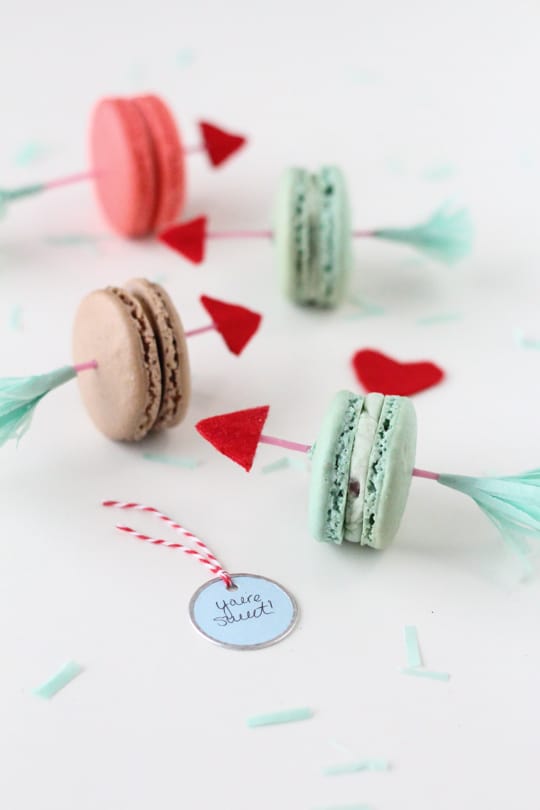 Now write a little love note to go with them and you’re all set!