Moscow Mule Float Cocktail — Take the popular Moscow Mule to a new level by making it into a float! So good and refreashing, it’s the perfect boozy way to beat the heat. 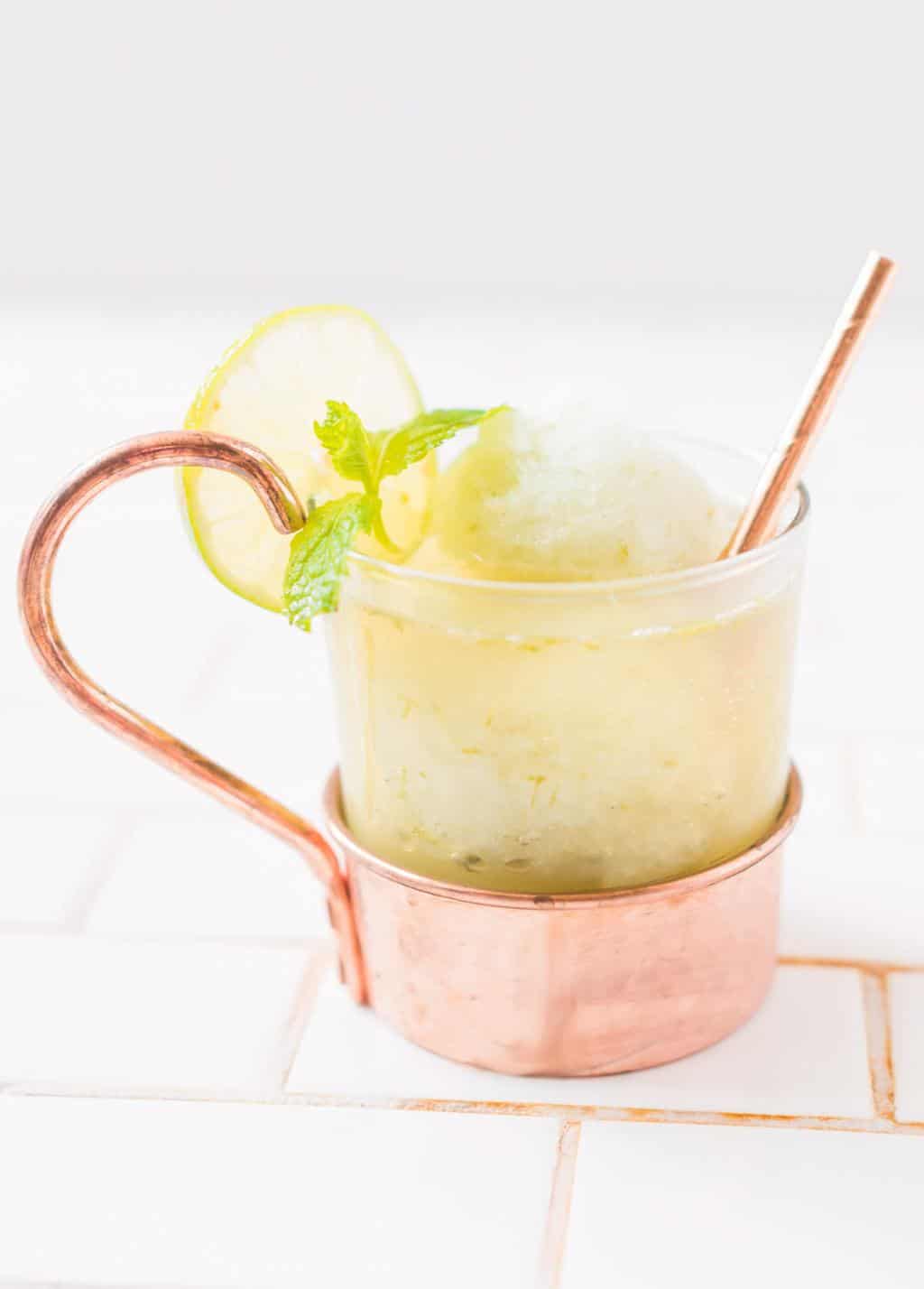 Who doesn’t love a boozy float? It’s the nostalgia of slurping down soda floats, but with the perks of being an adult!

Turning your favorite cocktail into a float is always a fun way to beat the heat.

For citrus based cocktails, the easiest way to do these is by taking the sour and sweet ingredients from the drink and replacing them with sorbet. 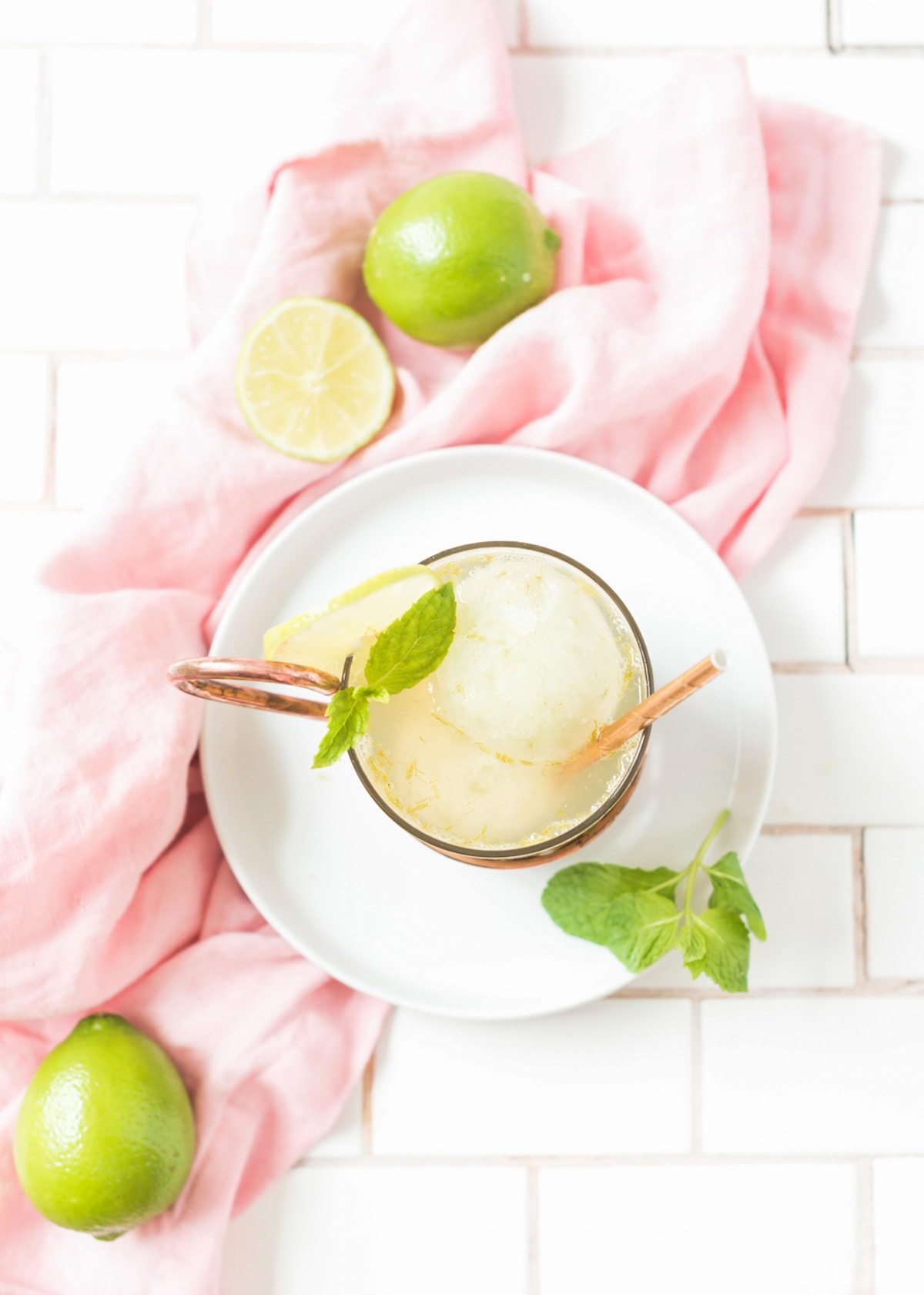 Be sure to use ginger beer and not ginger ale in your Moscow Mules.

Ginger ale is flavoring added to club soda, while ginger beer is fermented ginger which gives it the fizz. 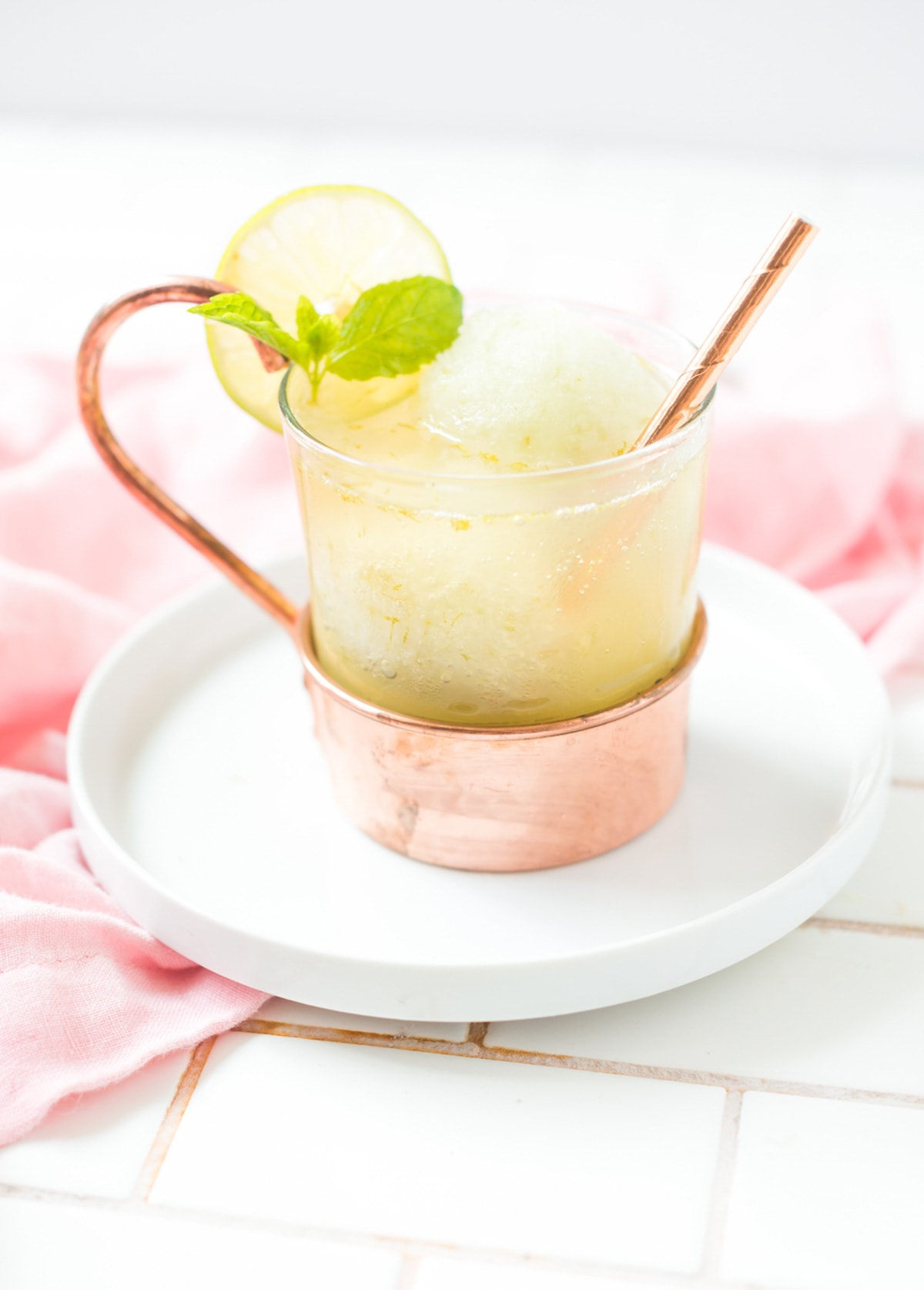 What Is A Moscow Mule?

Moscow Mules actually have an interesting history! They are styles of drinks called Bucks, which in this case a vodka buck renamed the Moscow Mule.

Although it was invented in NYC and not in Moscow, it is called such because of the country vodka originally hails from, Russia.

The vodka mule was so popular in fact, it made vodka the most consumed spirit for many decades! 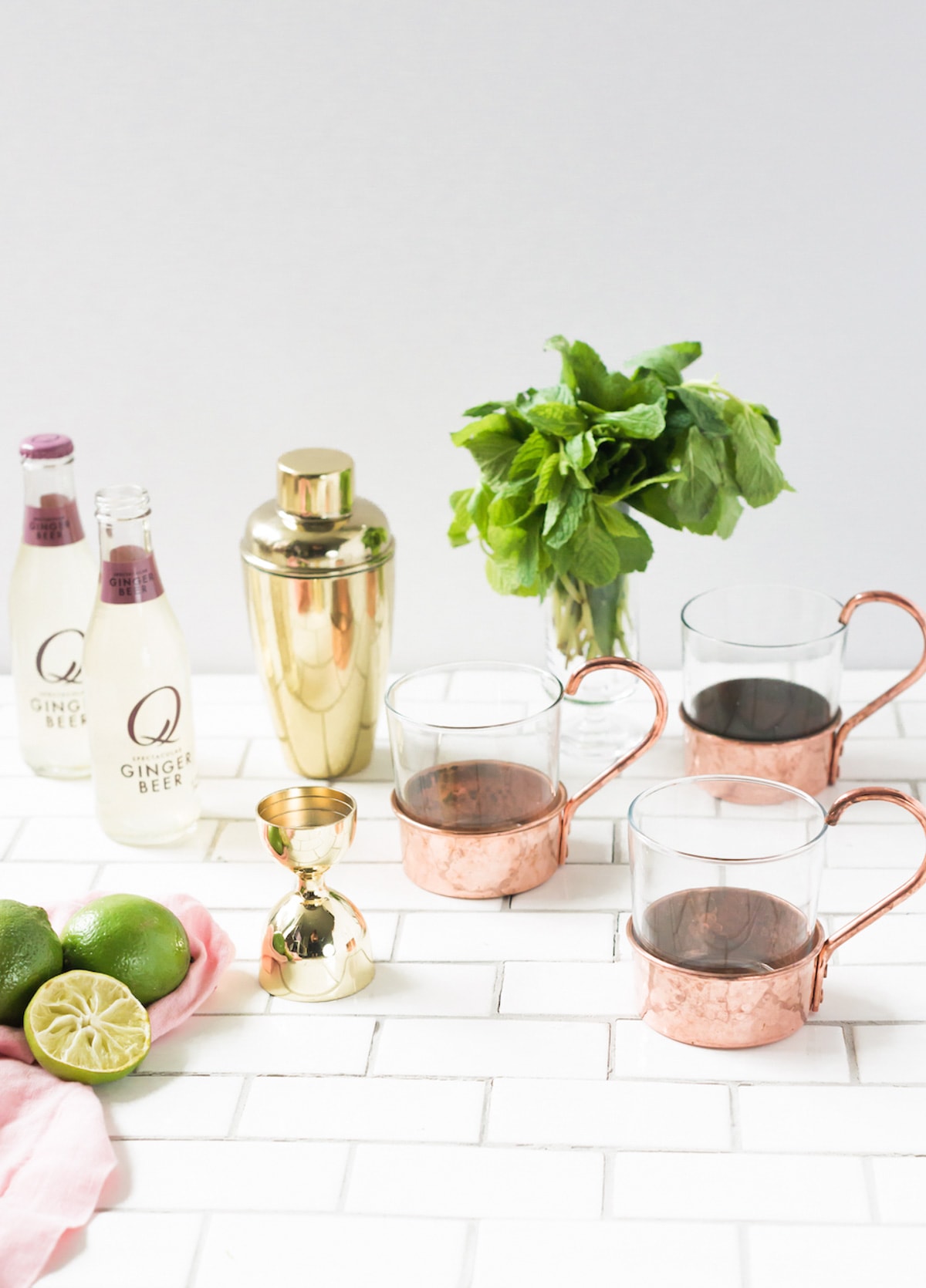 Making A Large Cocktail Batch For A Party

If you are throwing a party, you can mix a large batch of the ginger beer and vodka together ahead of time. I like to scoop sorbet and ice cream before hand and freeze them on trays so they harden again after scooping. This will keep them from melting too fast in a float on a hot day.

When it’s time to serve up the drinks, pour the premixed drink into mugs and add the scoops of lime sorbet and you and you’re guests are all set! 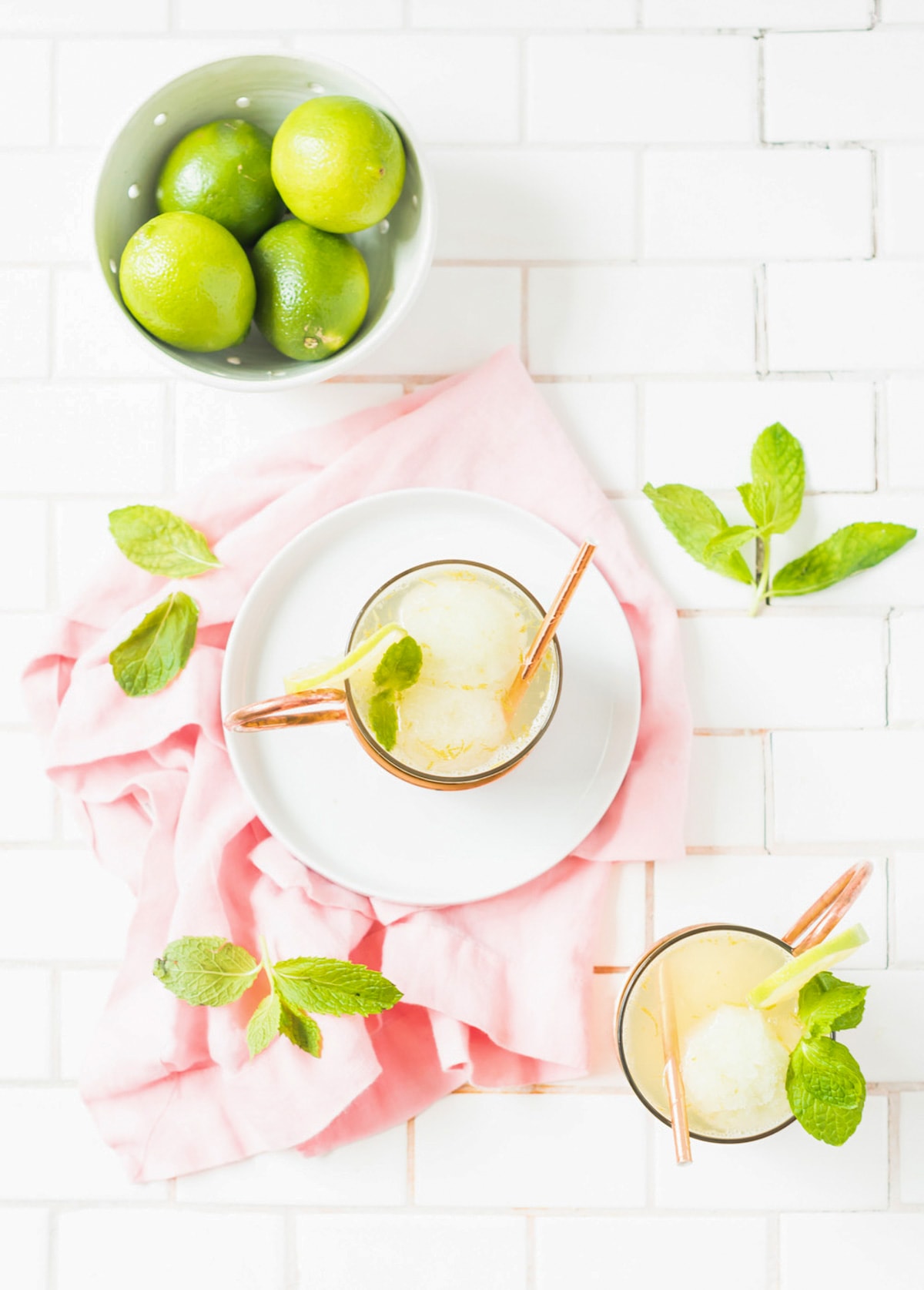 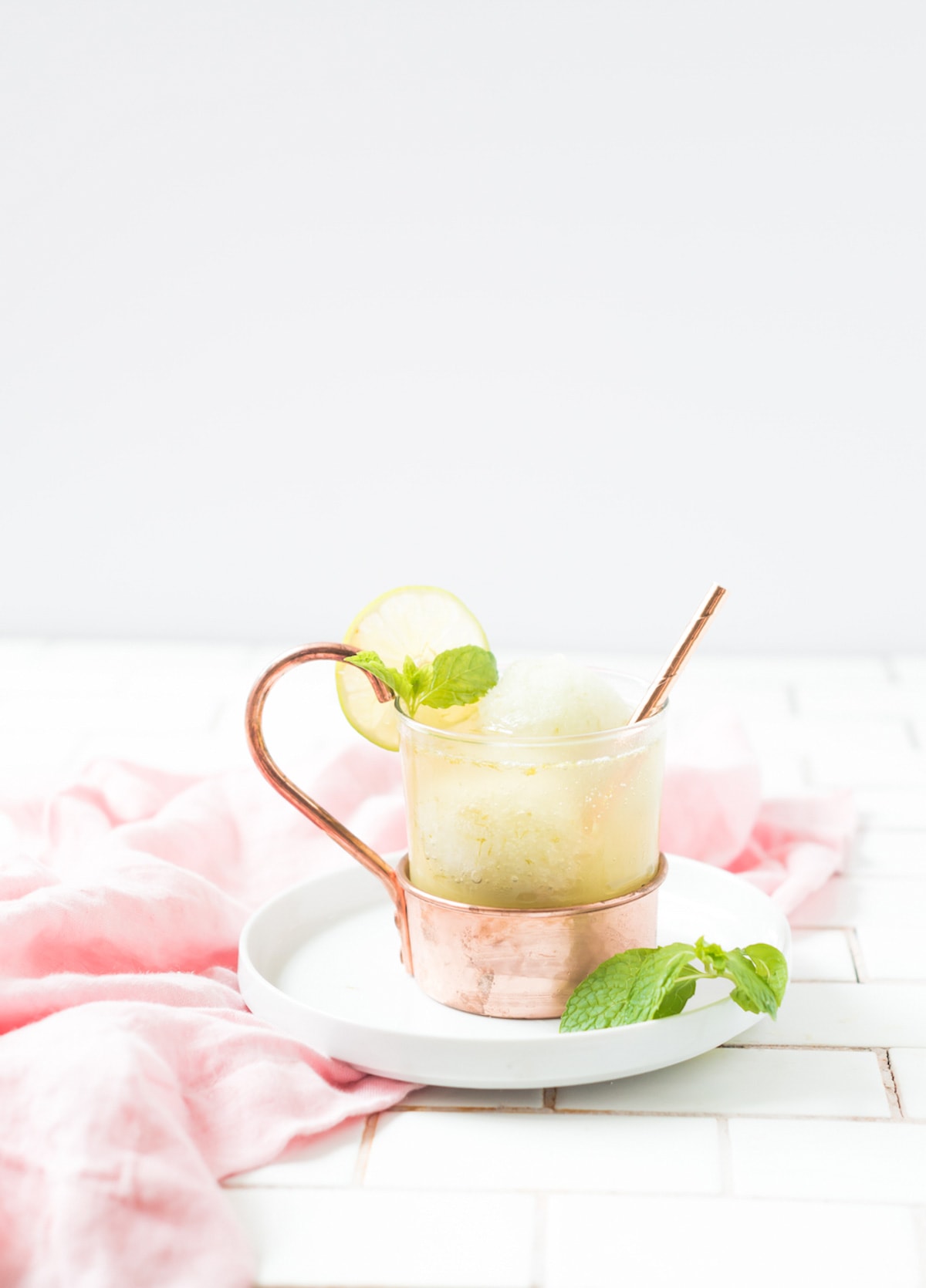 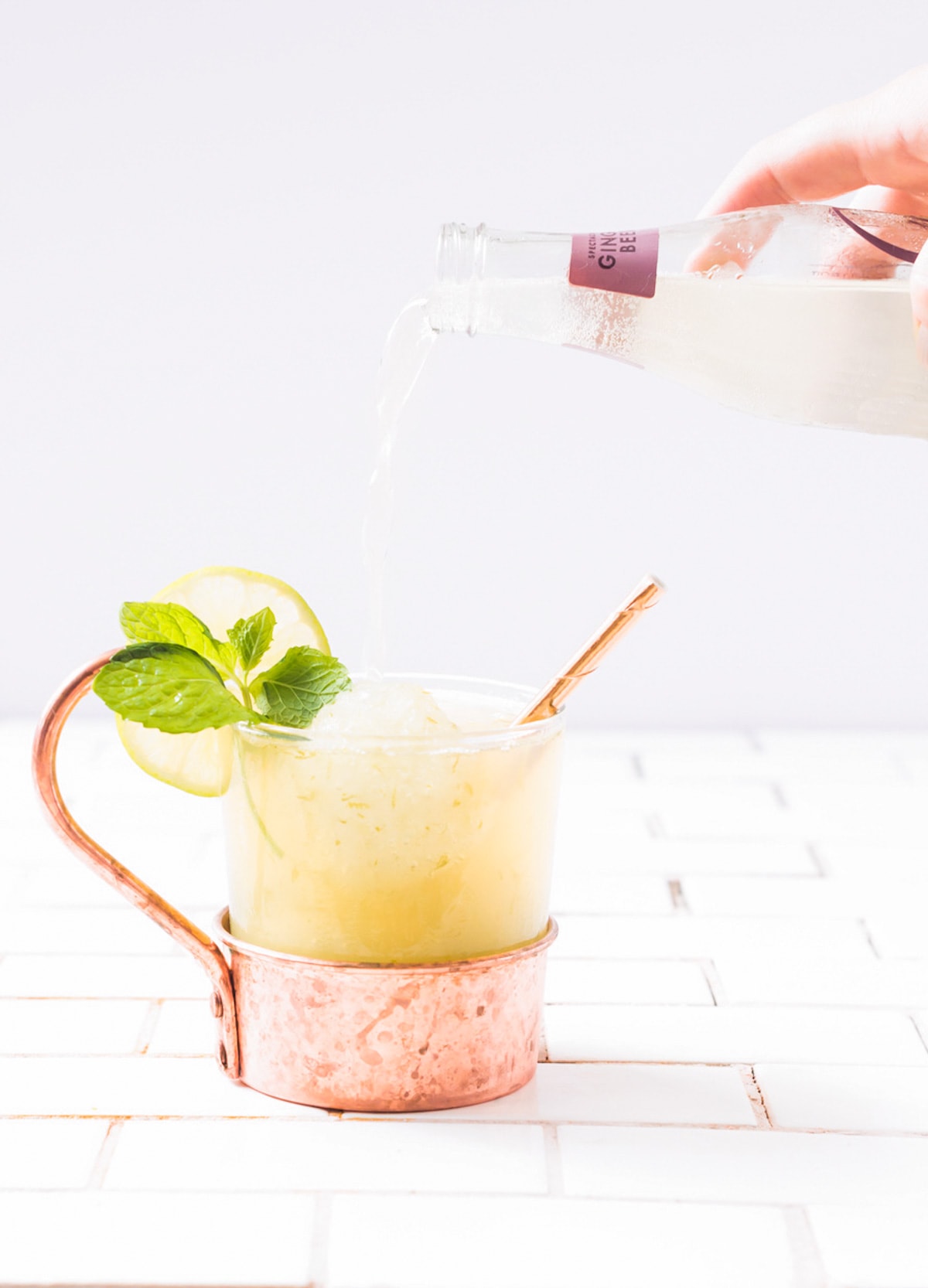 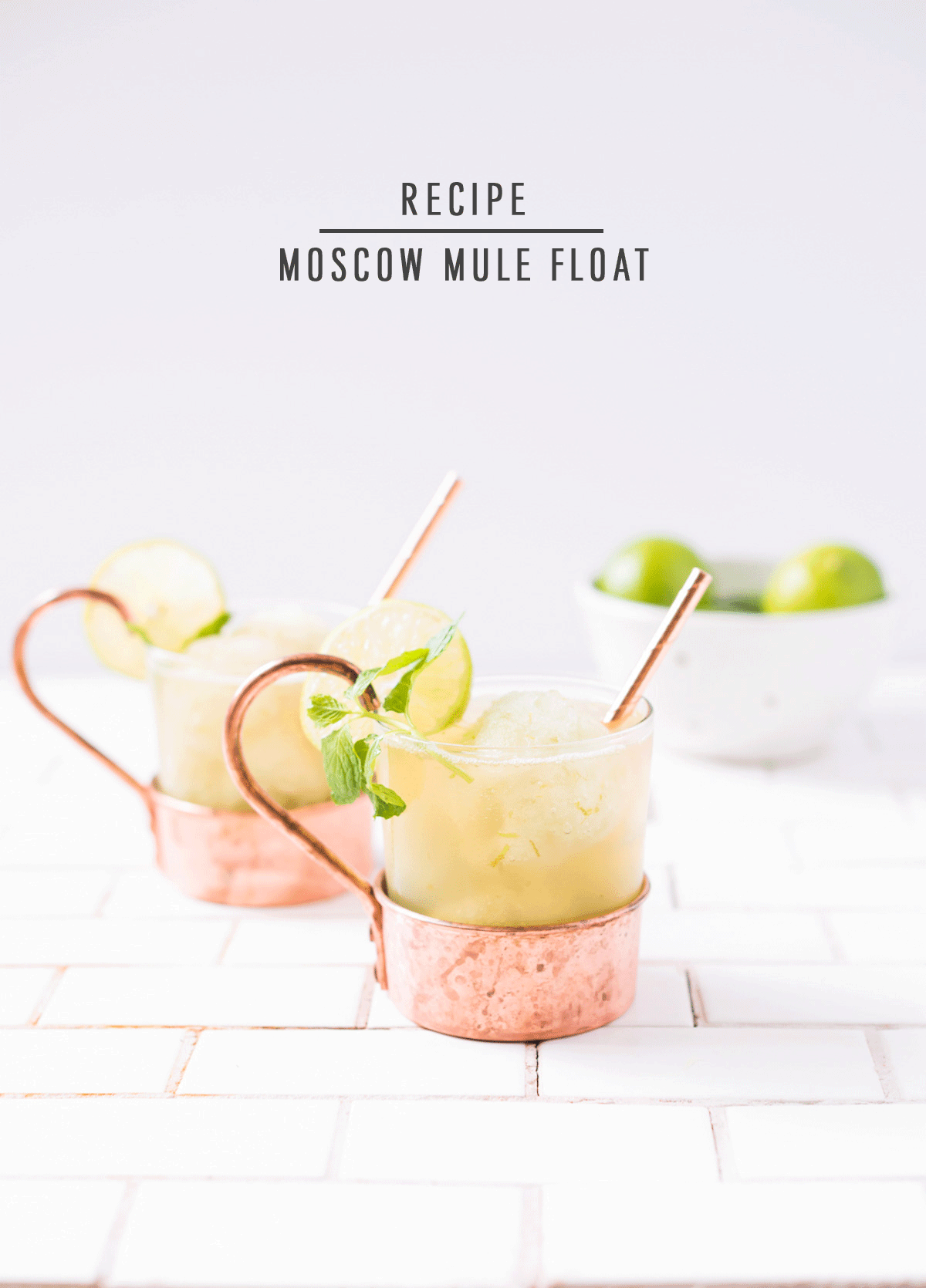 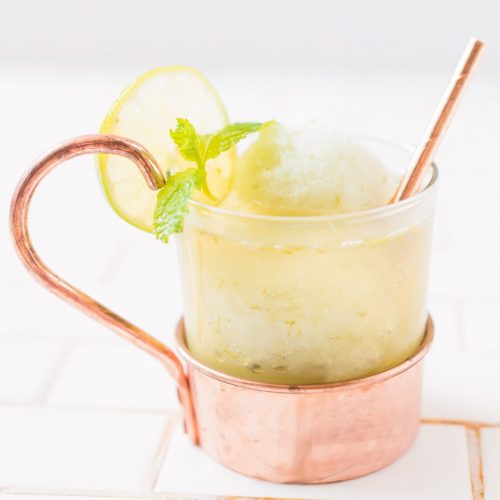