Looking for unique or DIY couples costumes ideas for your upcoming Halloween parties? We’ve put together a list of over 40 of our favorite couples costume ideas!

It’s officially the season for Halloween parties, my friends!

We’re helping you pick out the perfect costume to wow your friends all night long… and hopefully, still be recognizable by the end.

Basically, we have everything and a sense of humor mixed in.

Okay, okay, so there’s no Fred & Wilma or the Walking Dead here, but you get the idea.

Don’t forget to check out our Halloween costumes for kids right here, and a slew of our favorite Halloween entertaining ideas at the bottom of the post!

Our Pantone color combo is of our favorite costumes of all time!

We love the idea of being a color for Halloween, but being a pantone color is legit.

We hope you won’t be Netflix and chill-ing at home Halloween evening.

Grab your partner and be punny in the ultimate millennial couples costume!

Peter Pan and Shadow is such a clever Halloween costume for couples!

The House That Lars Built put these costumes together perfectly.

Head over to see their full DIY tutorial.

Inspired by well-known explorers, Martin and Osa Johnson, Jennifer Rose Smith put together this almost-glamorous safari couples costume for herself and her beau.

But we do love the addition of the tennis ball bump, and the mama.

See how Brit + Co cleverly came up with the pregnant belly costume. Hint: It’s not a real tennis ball.

Spread peace and love this Halloween as the iconic duo John Lennon and Yoko Ono.

Round yellow-tinted glasses are a must for John’s look.

Get it?? We’re suckers for simple and clever Halloween costumes like this party animals costume from Brit + Co.

To make it your own, choose your spirit animal and your beverage of choice!

We found this great bomber jacket to kick things off for (your) Baby, and Brit + Co has the full guide to Deb’s sweet diner dress.

Considering the fact that we practically live in this outfit (sans face mask, gloves, and dollar sign tote), we have to say that this is one of the easiest last minute costumes ever.

Head over to Say Yes to get all the sources used for this bandits couples costume.

Fun fact: Most saguaro cacti grow between 30 and 50 feet tall!

Of course, we don’t expect you to recreate that. But hey, pom poms are a fun accent for this idea instead.

Okay, campers, trick, or treat?! Grab your flashlight and gather ’round the fire, it’s time for spooky stories!

Both are easy costumes that most of us already have — blue jeans and a button down plaid or chambray shirt.

To top off the look, print a photo of a house and cut it in half like as shown by Extra Petite!

Kelly and Jeff of Studio DIY made this awesome couples costume that will never go out of style – or taste.

Check out the full tutorial here.

Steve and Robin may not be a couple, but they are besties.

So that doesn’t mean that you and your boo can’t pretend to sling some Ahoy ice cream in adorable matching sailor outfits.

Abra-ca-cuties! This magician and white rabbit couples costume from Say Yes is timeless and simple.

Bonus points if you get extra creative with your safety pin boutonniere.

16 — Rockford Peaches from A League of Their Own Costumes

Camille Styles and team came up with a great DIY costume for the ladies of the Rockford Peaches from the classic 1992 baseball film, A League of Their Own.

Combat the Halloween candy cavities together!

Grab a set of scrubs and a mask for dentist, and some wings and a wand (or giant toothbrush) for the fairy or snag all of A Sparkle A Day’s costume goodies here!

The best part? It works as a family costume too!

DIY costume for characters in Wes Anderson’s The Grand Budapest Hotel, made and modeled by Sugar & Cloth!

So it’s perfectly acceptable for adult significant others to be Mike and El for Halloween.

So we’re here for it… Eggos and all.

Melt our hearts, Forrest and Jenny! Another costume that is most likely in your closets already.

If you need a flower crown, though, we’ve got you.

Order up! We love this cute and sweet milkshake and soda jerk couples costume from Studio DIY.

The cherry on top? It’s so easy!

We aren’t the biggest fans of space stories, but this Tomorrowland space age couples costume still earns a spot on our list.

Keiko Lynn perfectly put the looks together and we have to say, we’re really into it!

24 — Sandy and Danny from Grease Costumes

Grease characters Sandy and Danny are a great Halloween costume for any couple.

His and hers all black outfits are almost enough to pull of these looks.

Just don’t forget the red heel and lips, Sandy! Your Danny can opt for a white tee and leather jacket, if he prefers.

This hot (but not too hot) couples costume comes from Say Yes!

Seriously, though, Ashley’s plastic doll gaze and pose are perfect!

Goofy costume for a goofy couple (or in this case, goofy besties)!

Bring the LOLz to your party with this comfortable matching pajama set inspired by the Australian children’s TV series, Bananas in Pyjamas.

See how Brit + Co put the full Bananas in Pyjamas costume together.

If you were already thinking of being a Beverly Hills trooper, Studio DIY has the complete source list you’ll need to totally nail the costume whether you’re flying solo, as a couple, or with your troop!

Harry and Hermione may be an obvious choice for a couples Halloween costume.

But that doesn’t make it a bad one! Brit + Co explains all the necessary items for this magical couples costume.

Tropical drink and pool boy is such a fun concept for a couples Halloween!

It may not be the most “fall” costume, but it’s always summer in our hearts anyway.

Any guesses as to what the lemon is made of?? Find out the clever hack by clicking the link!

This “couples” costume is super creative!

While classic Marilyn is a great costume, we love the idea of a colorful pop-art version of Marilyn, based off of the series by famed artist, Andy Warhol.

Any couple can pull off this Jack and Jill costume for Halloween.

The nursery rhyme is practically universal so it requires little to no explanation, especially with the name tags.

Don’t forget the pale, and watch your step, you two!

You may have seen the famously romantic photograph of a sailor returning home from war, victorious, and kissing a woman in a white dress.

But did you know that the two were total strangers?

Here’s the original photo, taken in Times Square in 1945 by Alfred Eisenstaedt.

Say Yes and hubby recreated the Kissing Sailor look for Halloween, and you can too! Swoon!

If you were a fan of the film and like to put on a show with your partner, we suggest dressing up as the characters from La La Land this Halloween!

We love Say Yes’s Don and Betty Draper couples costume so much, it’s definitely on our short list this year.

Wes Anderson is widely acclaimed for his highly artistic visuals in his films.

So it’s no surprise that his film characters often become popular choices for Halloween costumes.

We included these particular Moonrise Kingdom characters on our Kids Halloween costume list this year.

And our very own Ashley and Jared have dressed up Wes Anderson characters from another film.

Scroll back up if you missed it!

Childhood nostalgia is a great resource for fun and recognizable Halloween costume ideas.

And the doctor and patient from The Game of Operation are just that! Bzzz!

Grab your bestie, some heels, and anything handy to pull off this amazing and hilarious Simple Life inspired friends costume.

We’d love to see you and your best friend channeling Paris Hilton and Nicole Richie.

Ashley’s dress was vintage, but we were able to find not one, but two great lookalikes on Amazon!

Snag the rest of the look on the full post.

Heading to a Halloween party with your other half?

Pedro and Napoleon Dynamite costumes brought to us from Do it Yourself Divas.

Clearly define your couple-dom with this super easy Salt and Pepper couples costume!

Also great for anyone who prefers a more understated costume that’s already in their closet.

And in case these 41 couples costume ideas didn’t catch your fancy, here are a few of our other favorite Halloween costume ideas — 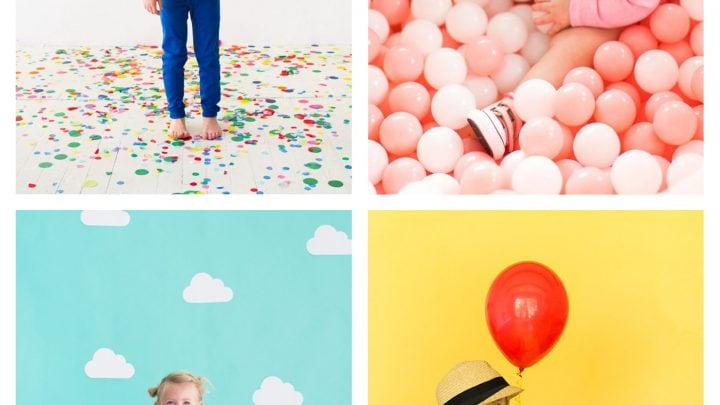 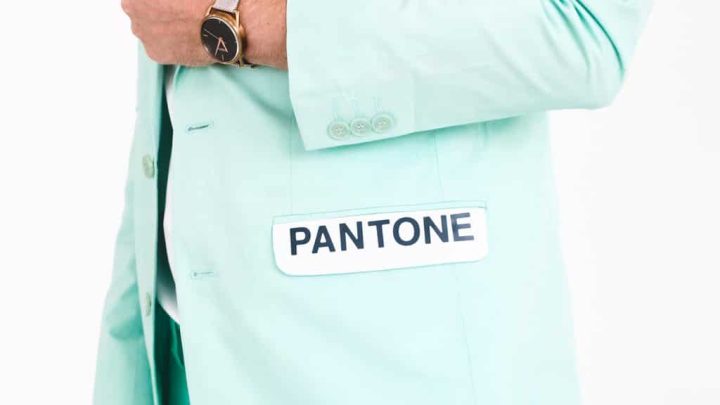 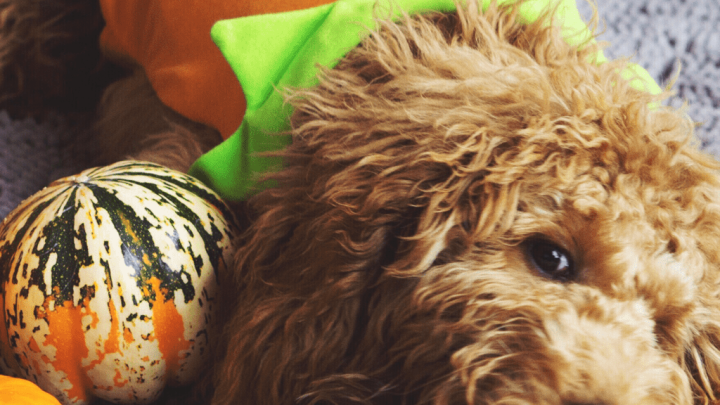 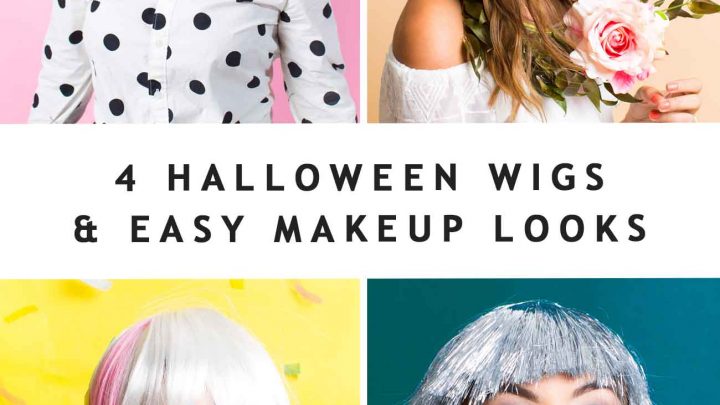