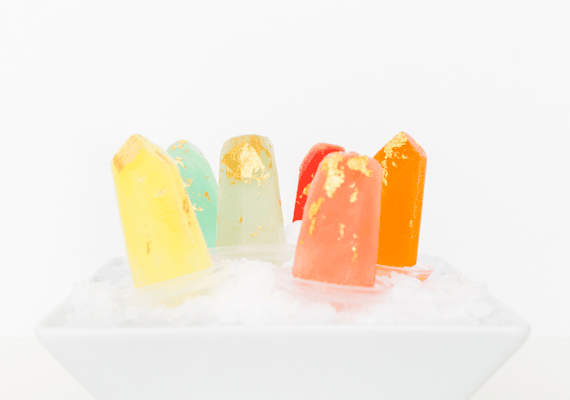 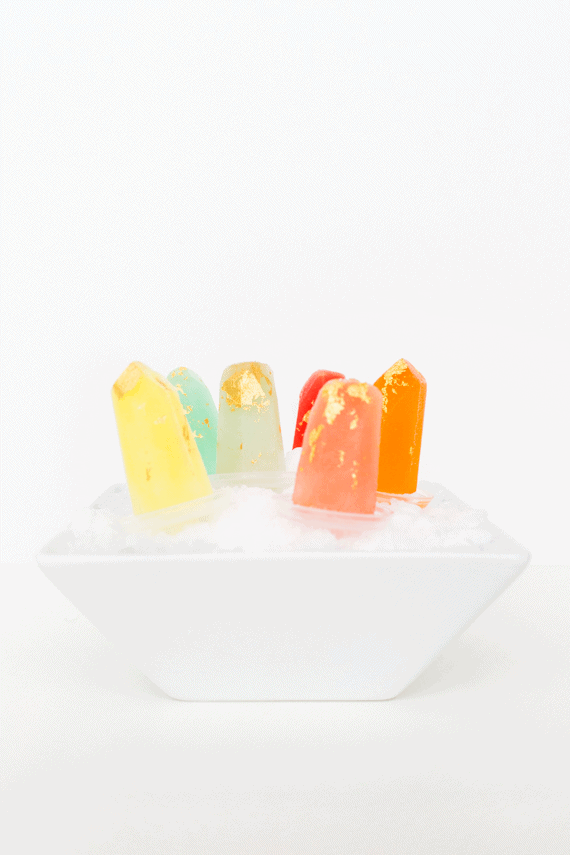 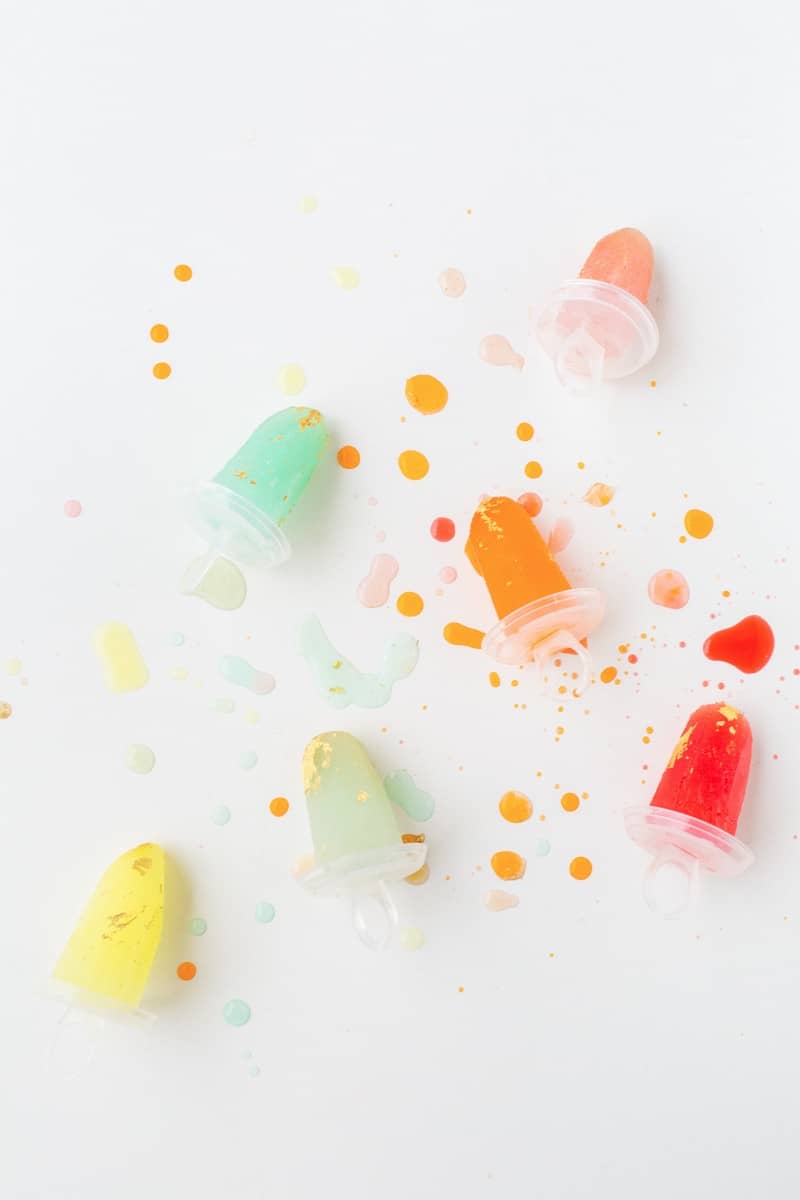 I realize that technically lemonade and kool-aid popsicles don’t really go along with the ice cream theme we’ve been having this week, but they’re gold and gemstone shaped so I’m going to over look it. I mean, who can really say no to a gilded gemstone popsicle?

Which brings me to next point, I had trouble with deciding whether or not this would be a recipe since it’s edible, or a DIY since it’s kind of crafty. Decisions, you know? I went with DIY, but I’d like to hear your thoughts (I sneakily tagged them in my food category too, though). Maybe a food craft section is in order..

Did I mention these were also ring pop style? Now all I need is my token side bang hair braid that my Mom always made me wear and a good Tamagatchi or twelve and I’ll be back in third grade business my friends! 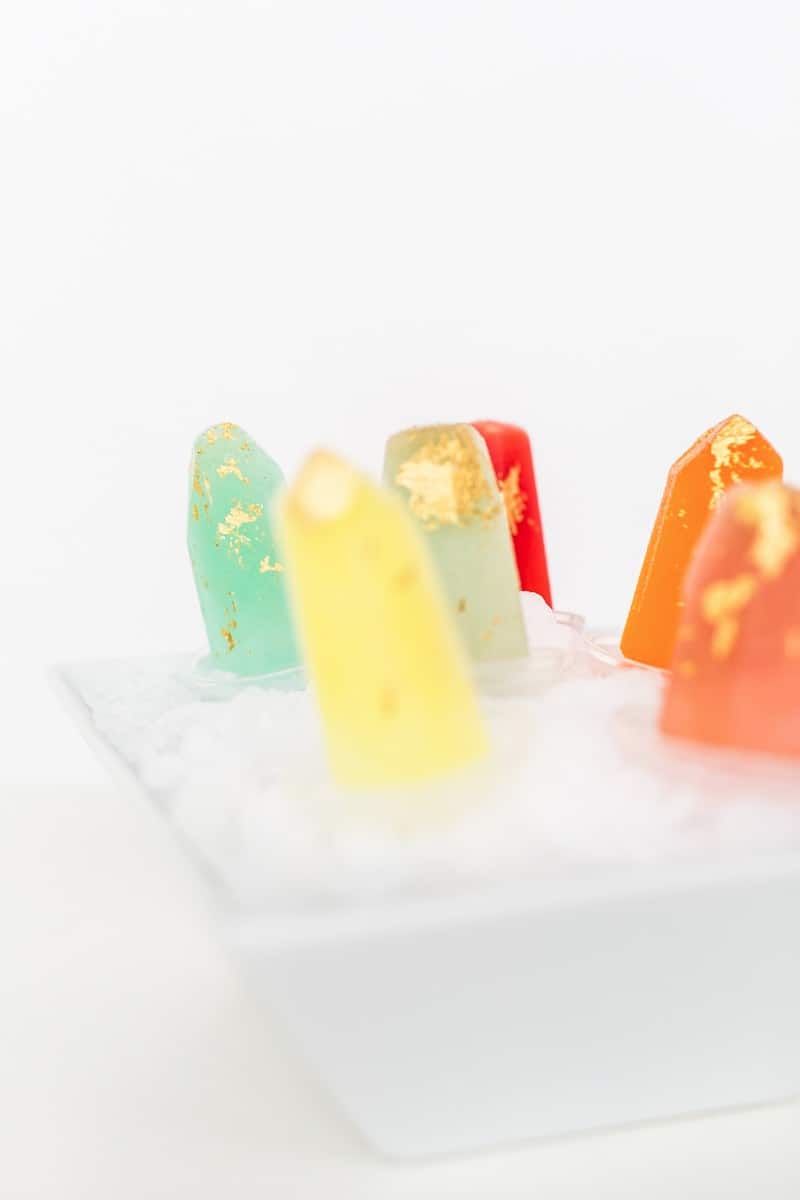 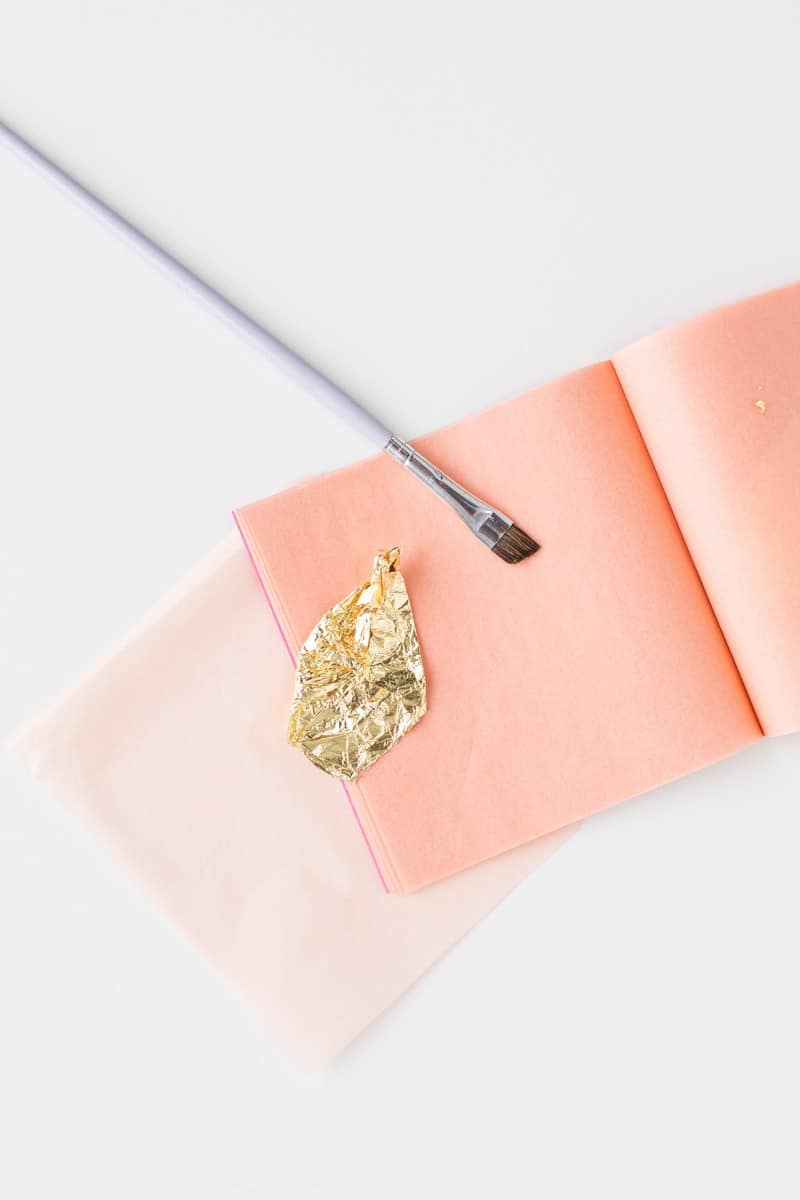 Obviously before you get to the point of making any DIY Gilded gemstone popsicles, you actually have to make popsicles. The gemstone molds I bought came with a recipe book, but I skipped the fancy ones and just made simple lemonade and kool-aid flavors and added one or two drops of food coloring to the light lemonade ones.

I also tried adding gold sprinkles to the mix on some of them to give them more texture, and though it works, it also makes the popsicles fall a part a lot quicker so just keep that in mind! 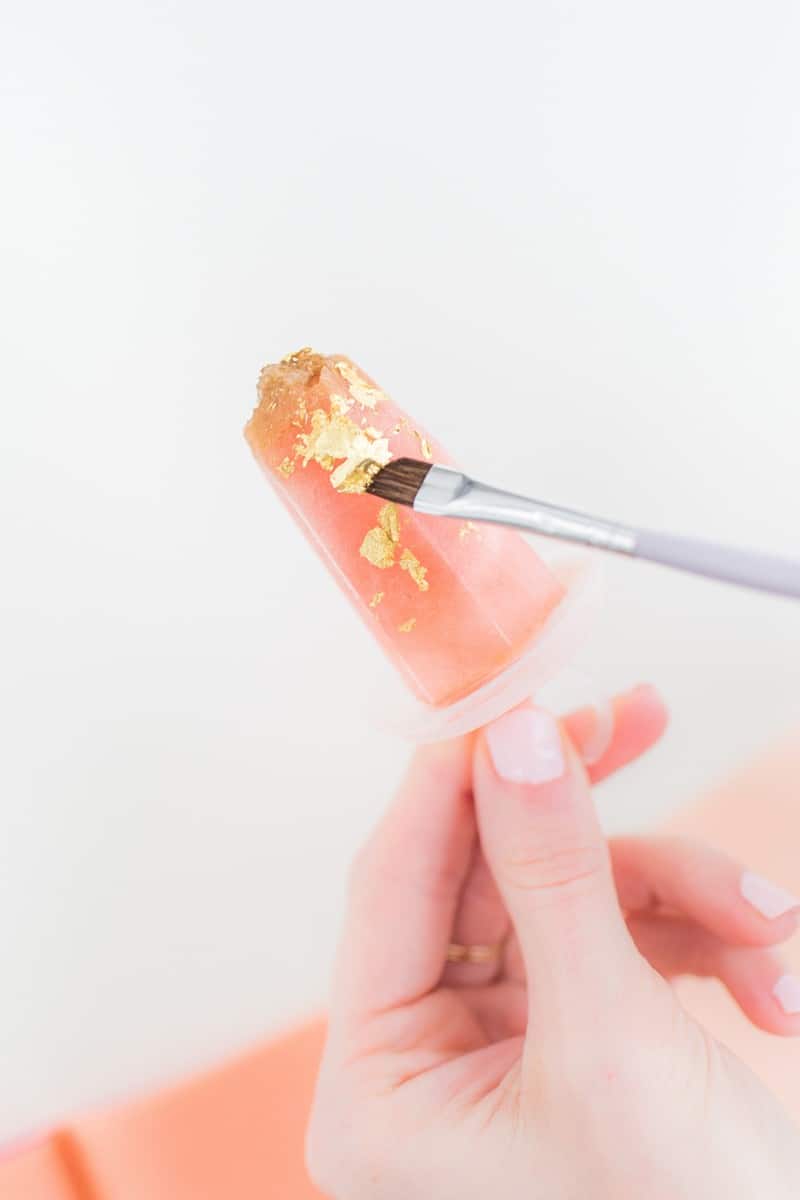 Once your popsicles are ready, use a dedicated food brush (I.e.- a regular paint brush that you only use for food to please those that are food safety die-hard), and brush on the edible gold leaf in small sections. 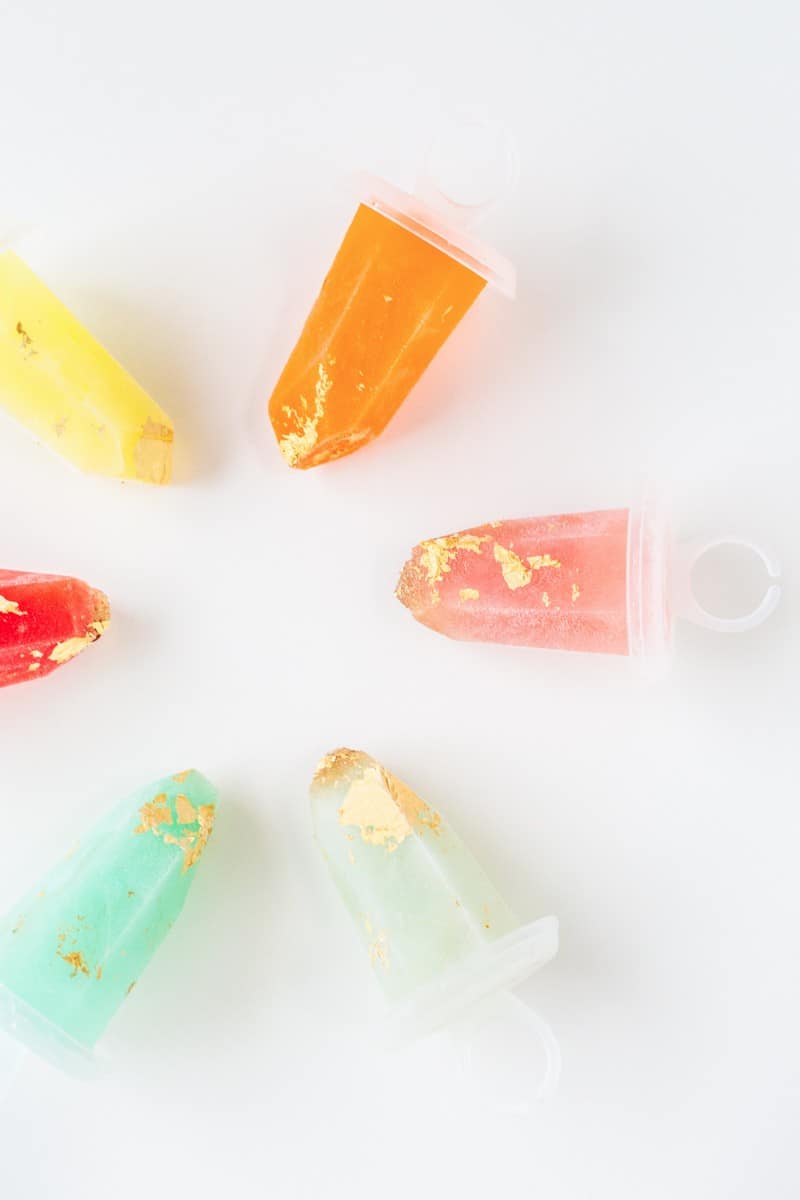 I learned that the hard way after a gemstone pop casualty or two, but now that I’ve realized that a bed of ice is for more than just oysters, I may never go back to serving popsicles from plastic wrap again. I think it looks super awesome on ice! 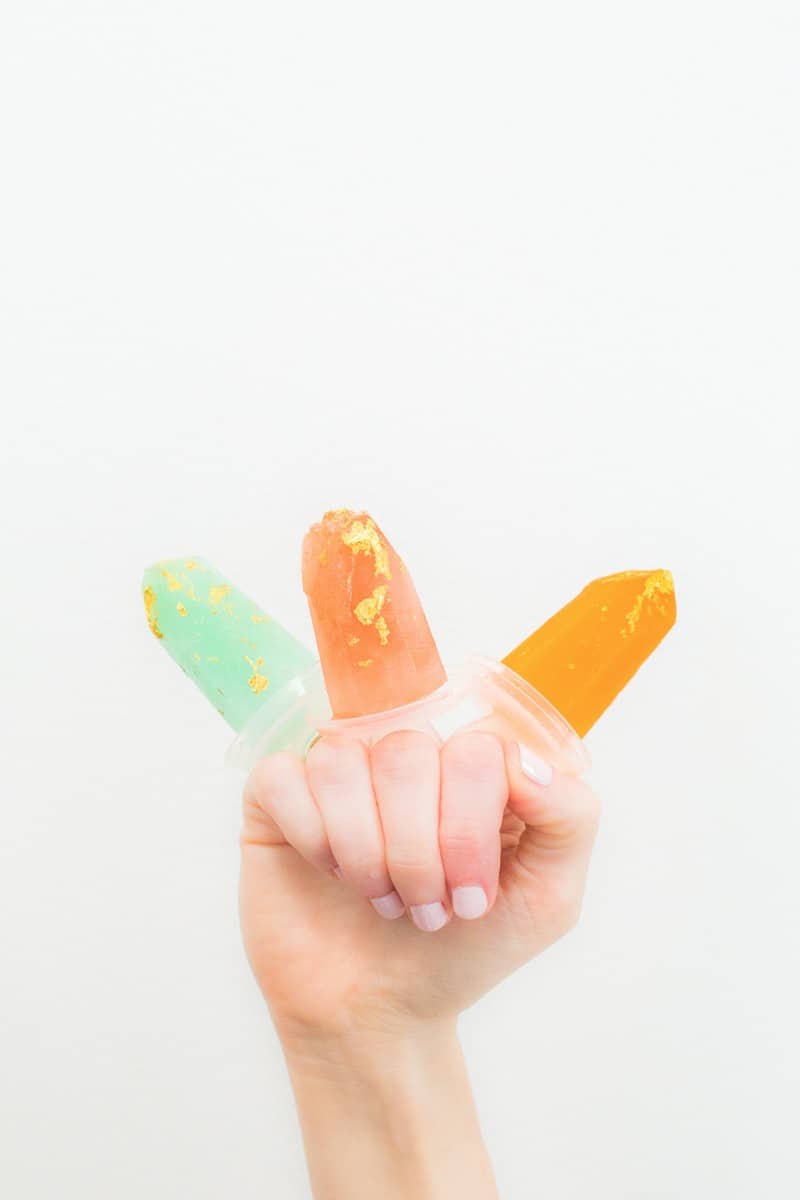 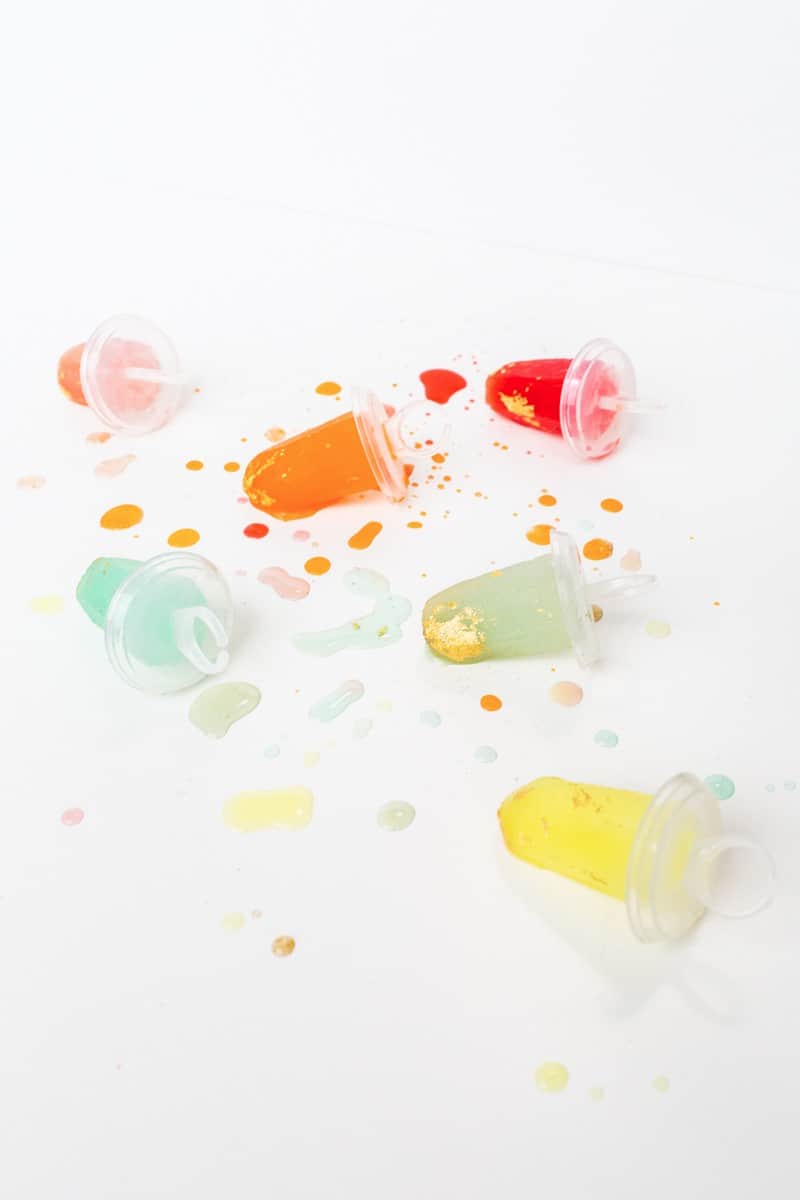 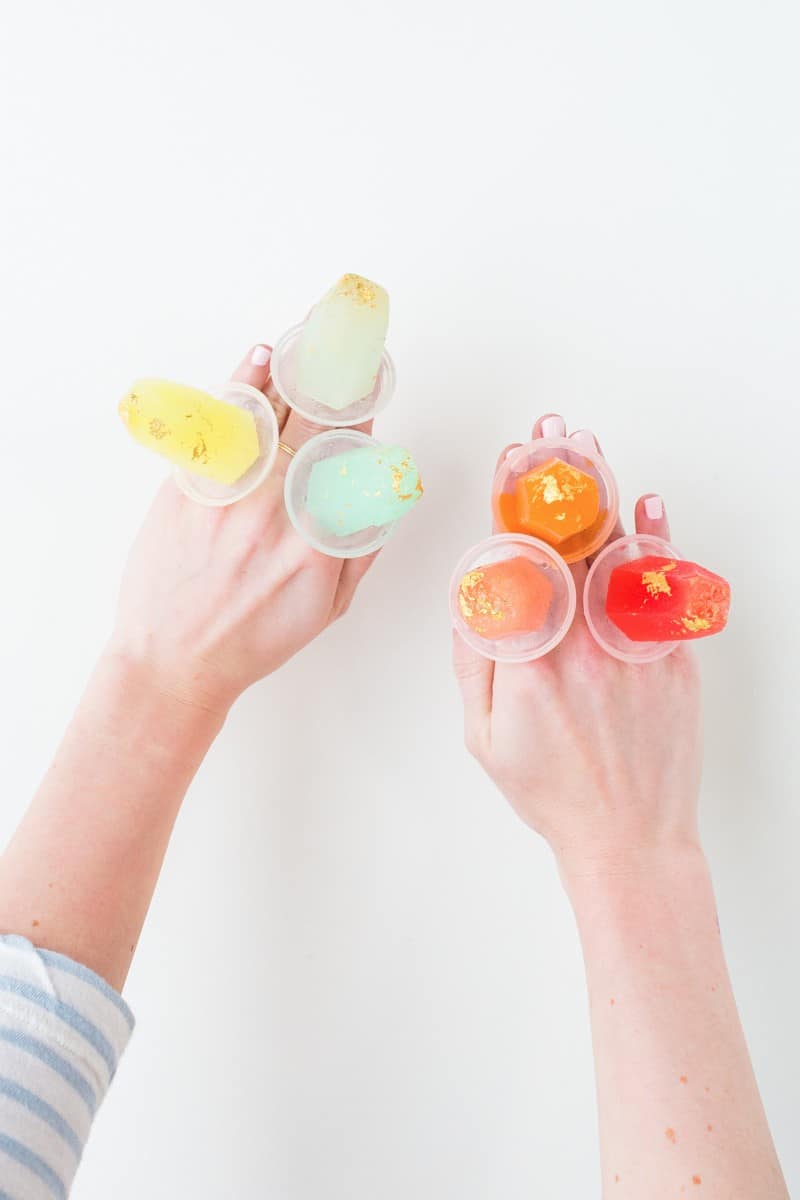 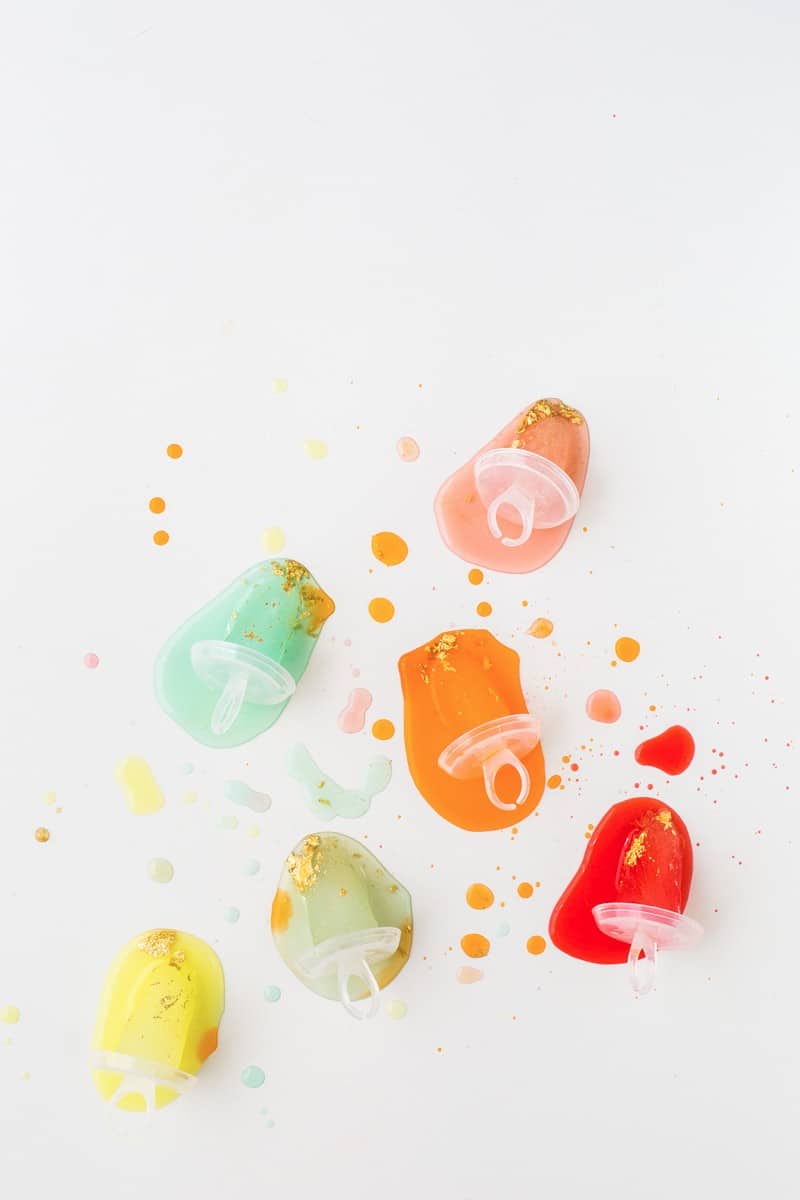 And lastly, they’re even pretty when they melt. I swear I might actually get one of the thousand melting popsicle photos we took printed. I love the way it looks! 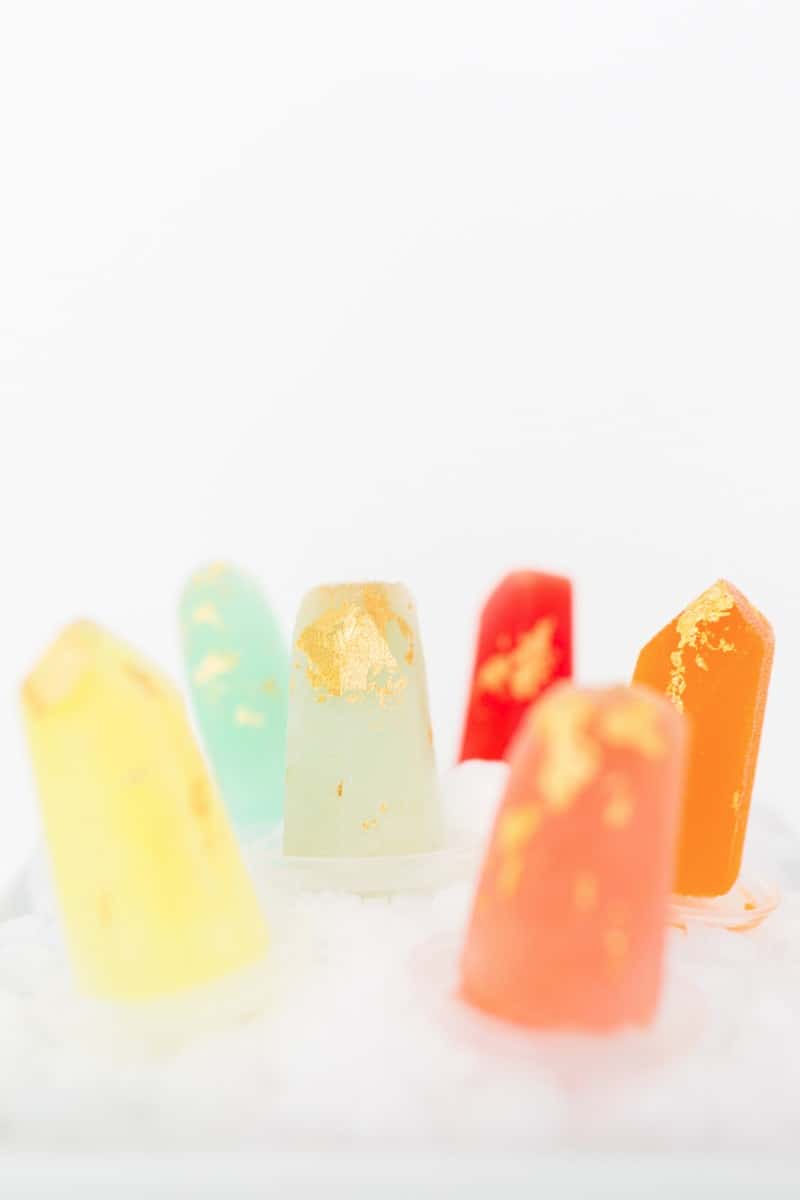 […] it’s only been five days since I’ve last played with my food. This time I had a little encouragement though after […]

That is so pretty!!!! I want to buy that mould now. I swear you could sell these lol ;)

Ahh! These are by far the coolest popsicles ever. Now I just need to get me some gold leaf and a gemstone mold. Thanks so much for sharing!

yes! let me know how it goes!

These are SO pretty! I kind of feel like it would be sad to eat them though… but i would.

popsicles could never be too pretty not to eat!

this is an incredible idea! they are almost too beautiful to eat.. i think you’ve stumbled onto something great here.

ash. the prettiest dessert i’ve ever seen ever. omg.

thanks Molly! Now I just need to make your DIY cooler for them, haha ;)

Suddenly the popsicles in my frig no longer seem appealing, i want these!

They almost look too gorgeous to eat. Great photos!

You already know how I feel about these, but I’m just going to say it again. I love these!