If these DIY beach macarons don’t scream sunny skies and clear waters, I don’t know what does! 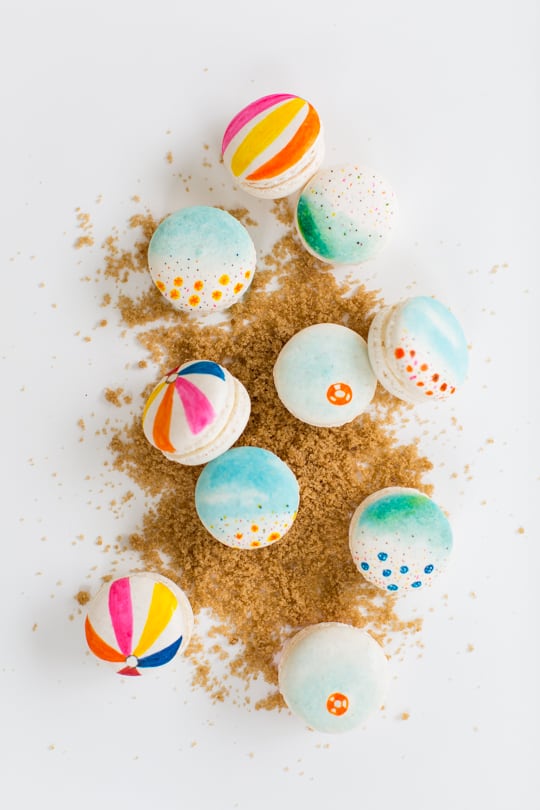 Every year right around the end of September, I’m already super over summer. (This is Texas after all).

And then around the end of March and the beginning of April, I’m ready to carry a drink with an umbrella and sing about beaches and coconuts everywhere I go… just to get my own personal sunshine rolling in.

Clearly, I live a very basic existence. But the point of this story is that the closest I’ll be to the beach until our next escape is with these DIY Beach Macarons.

I’m also currently obsessed with Gray Malin’s ariel seaside photographs (which I can also only dream of having).

The first step is make your favorite base macaron flavor using our easy how to make macarons recipe and tutorial.

Next up, you’ll need… 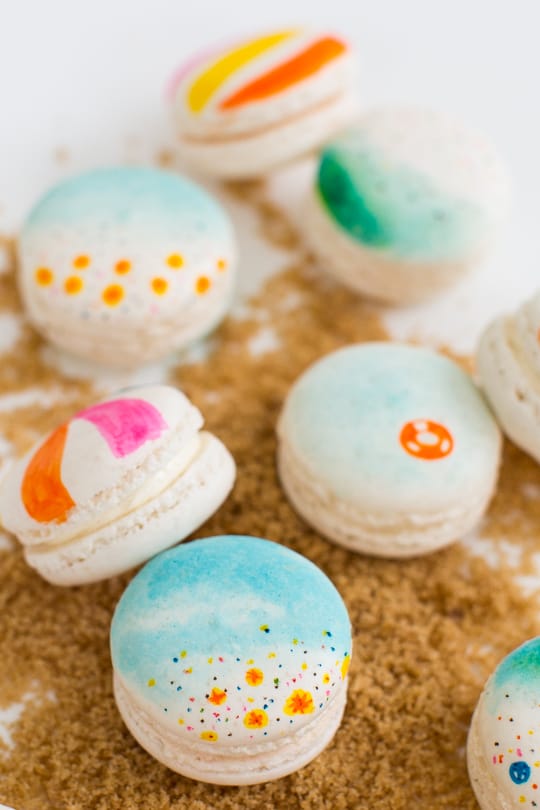 How To Make DIY Beach Macarons

After all of my macarons craziness, I’m sure you guys are getting the tutorial concept for these little guys by now.

But for those of you that are new, you’ll start out by pouring some almond extract into small bowls mixed with your choice gel food colors and stir. 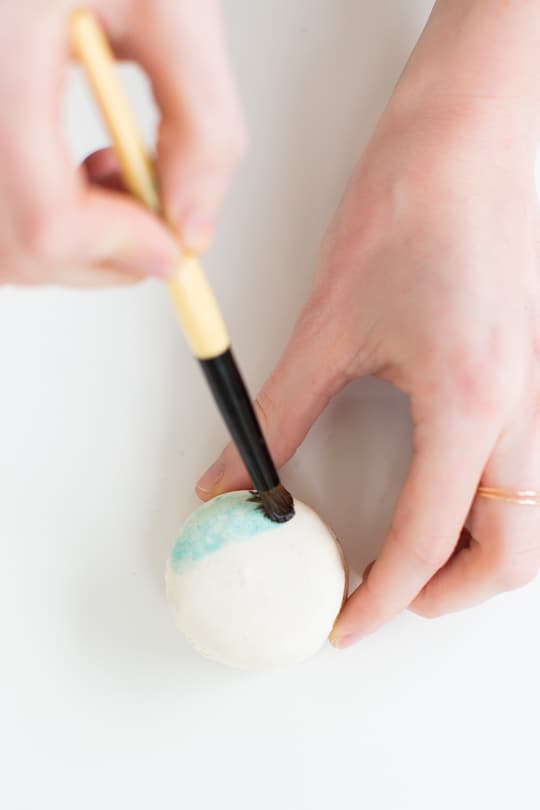 I used the teal in a really light color to brush on the “sea” making it darker in certain areas like the ocean would really appear. 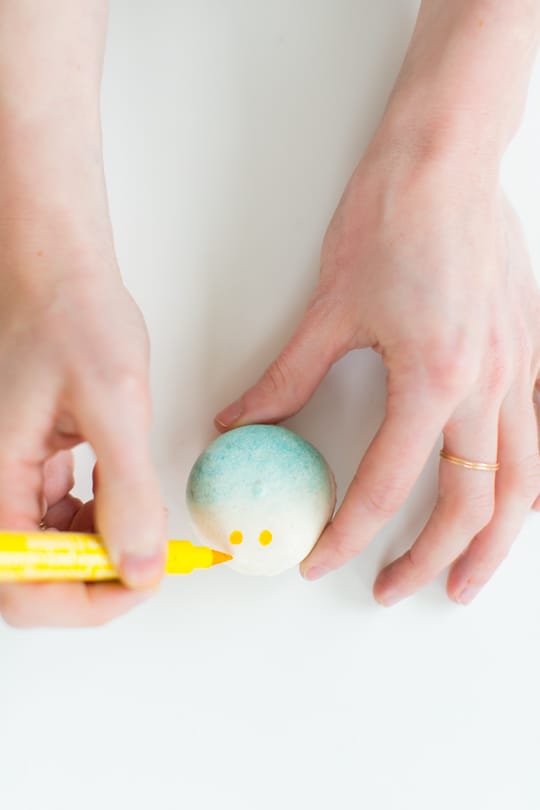 Next, you’ll use food markers to make dots as umbrellas in whatever color and patterns you’d like, and also for the dots that represent the people. 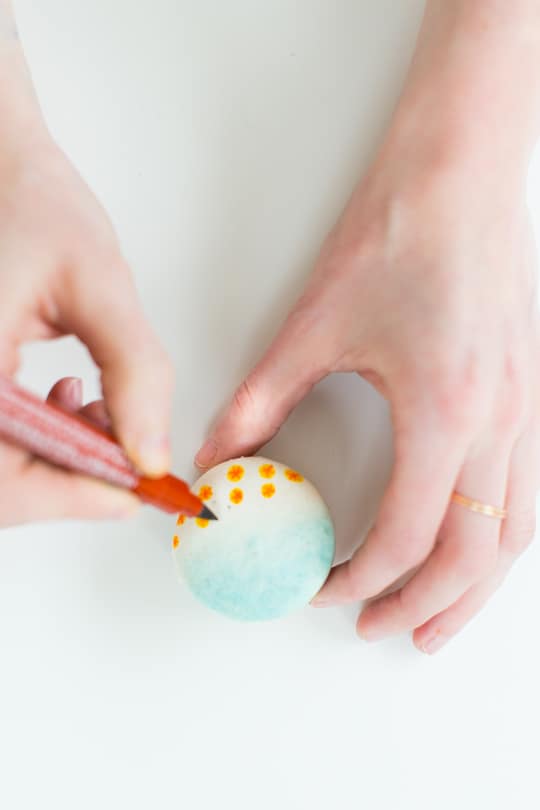 The beach balls are super simple since all you’re really doing is coloring on curved stripes in the colors of your choice! 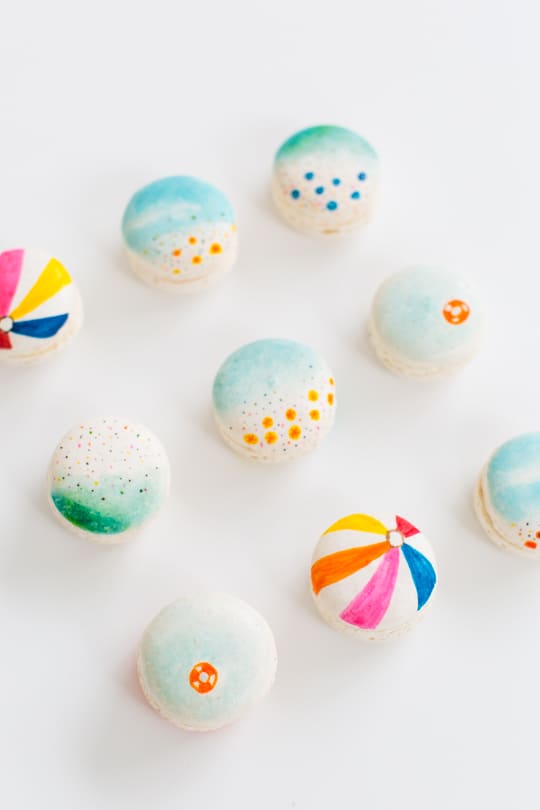 For the floating device, start with coloring the float, and then go back and color in the water around it like you did with the sea. 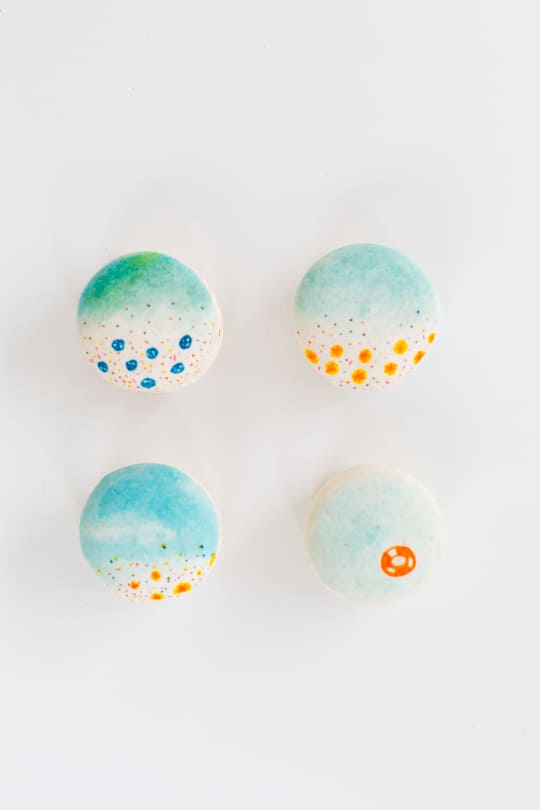 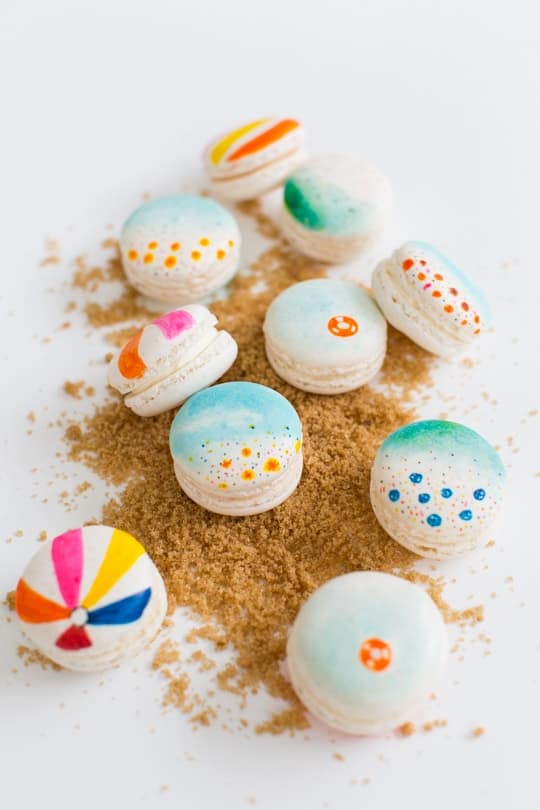 I’m going to venture to say these are going to either be super hit or super miss depending on how often you stare at aerial photos of people on the beach, BUT, either way I’m super pumped about them! 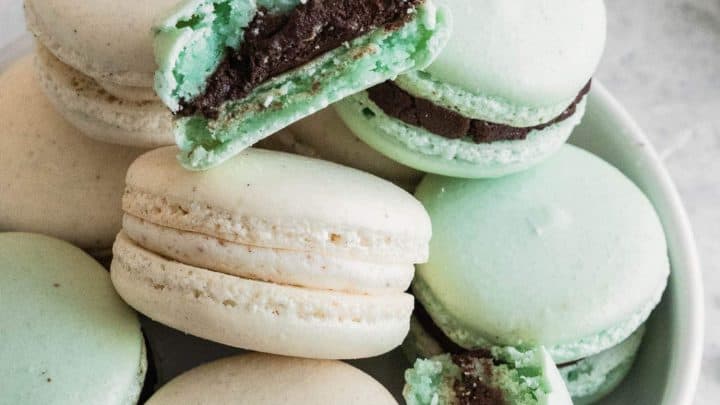 Macarons Recipe: How To Make Macarons 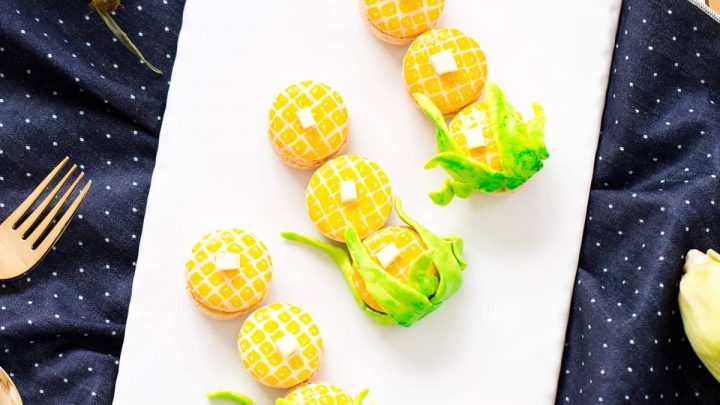 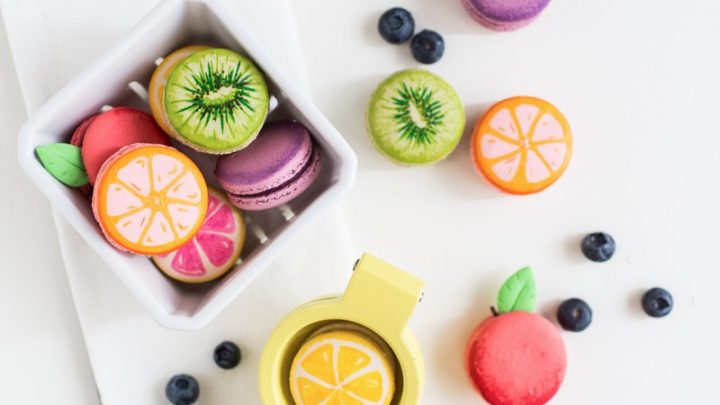 DIY Fruit Macarons: How To Color On Macarons 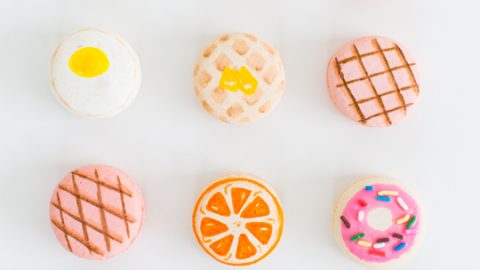 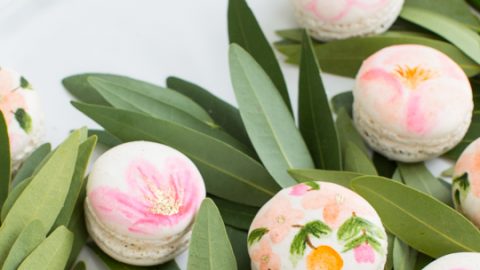 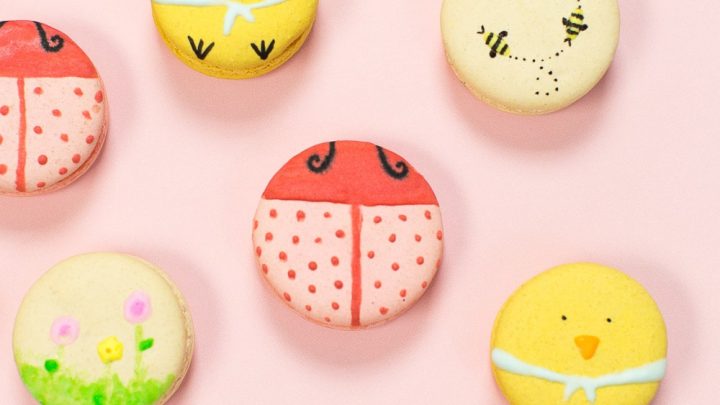 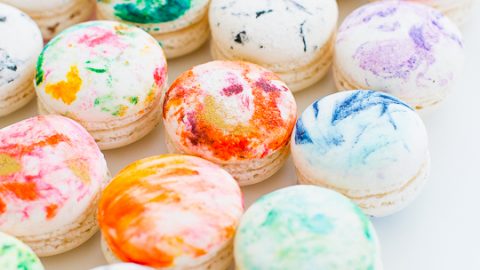 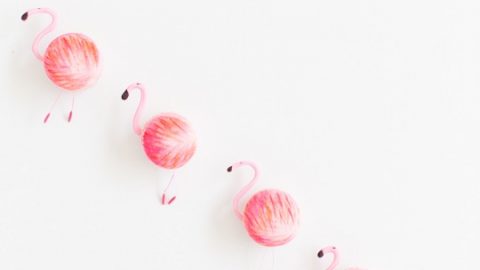 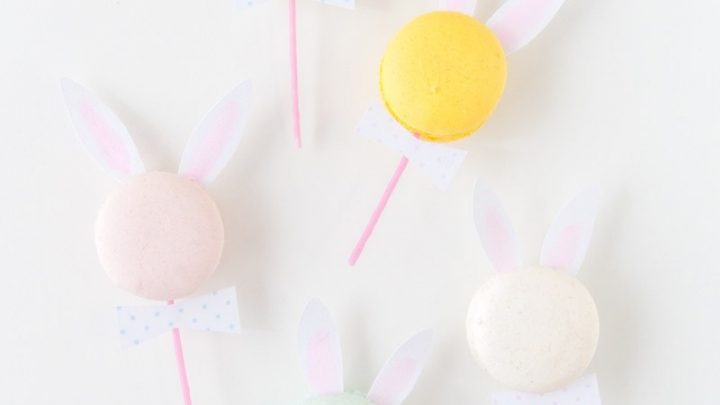 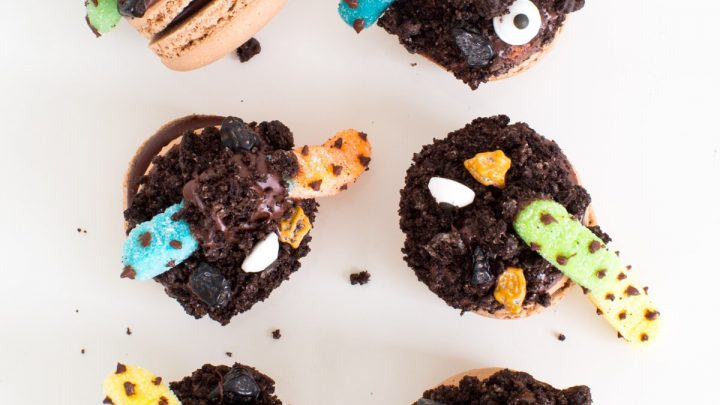 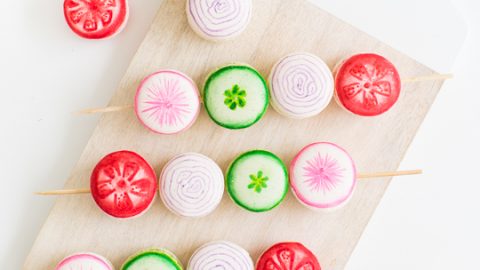 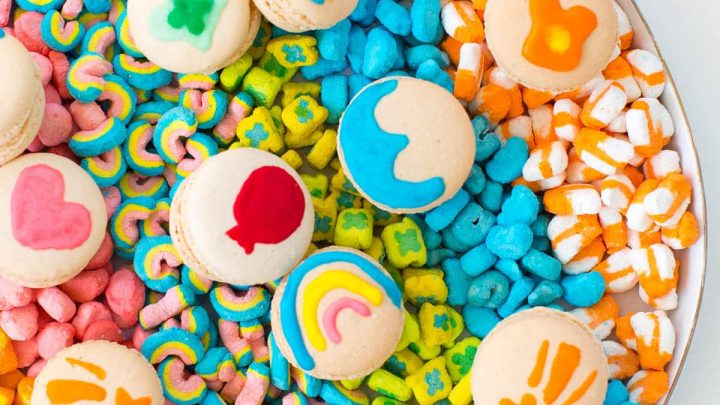 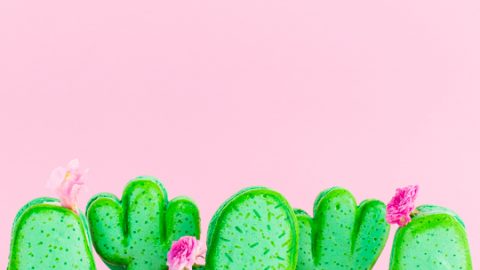 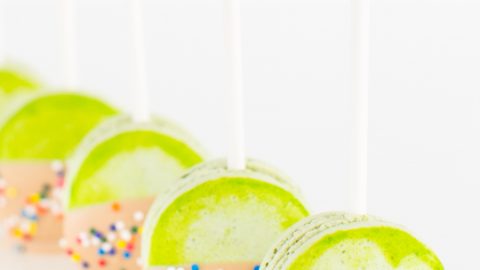 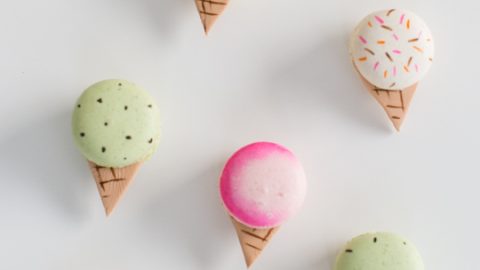 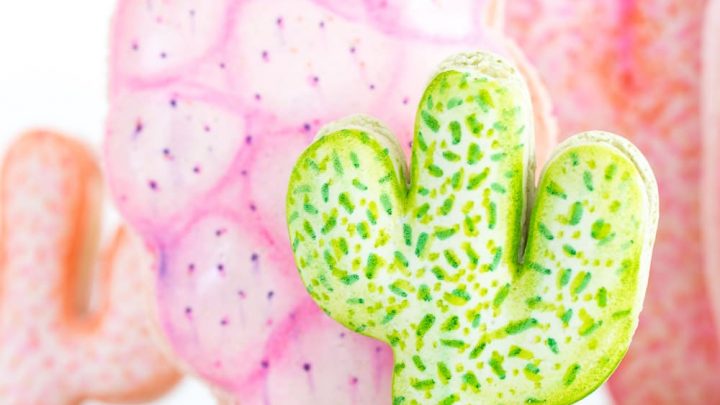 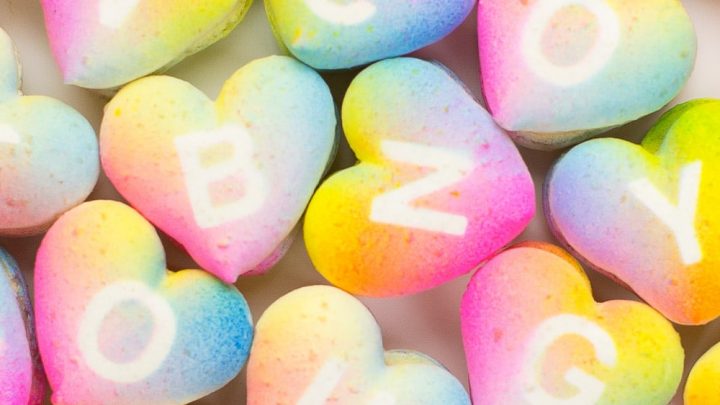 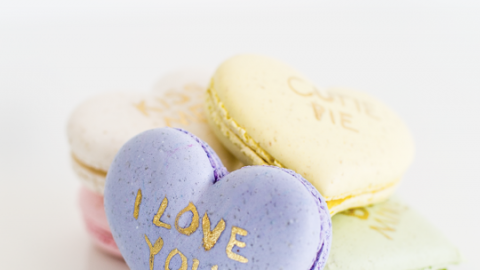 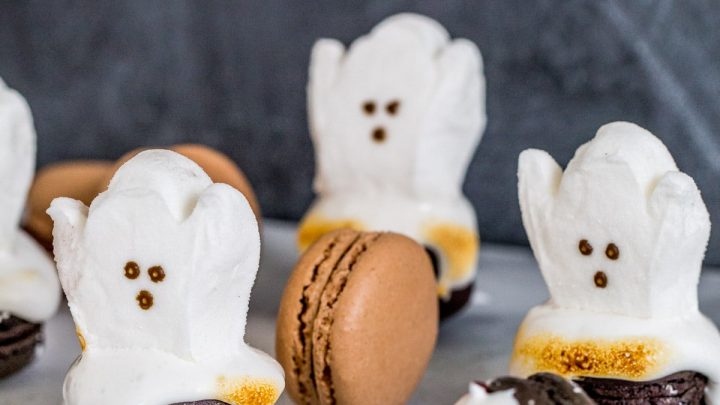 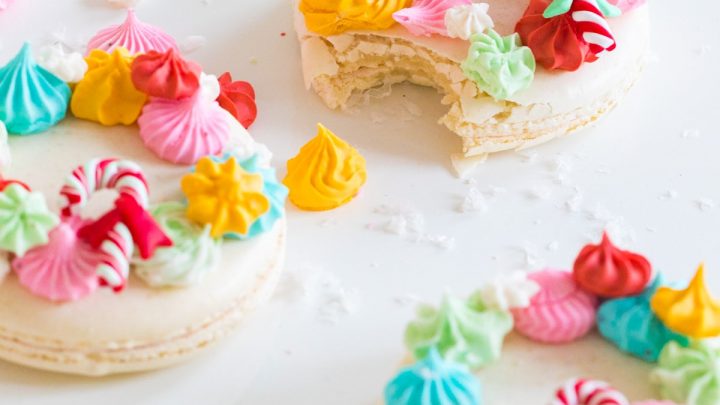